The rate at which change occurs is a ubiquitous measurement – one that is felt. Passing time, and the signifiers we use to map this phenomenologically, socially, and so on, act to inform and shape the very cognisance of temporality. Change, as it were, is our very understanding of time. Sufficed to say, there is no time or thing that is not changing. All, as Boris Groys posits, is “in the flow”. It might also be argued that never before have we been more aware of time; after all, there has never been more time to reflect on (on, on, on). Rate of Change is a survey of Australian artists whose practices employ the gradient. The exhibition takes its title from a branch of mathematics – vector calculus – in which the gradient is defined as a rate of change. Utilised in varying degrees throughout the exhibition, the gradient is thought of as a measurement of time and change, and indicative of the contemporary preoccupation with time. Rate of Change posits the inherent duality of the gradient, seeking crossovers between its characteristic visualisations and the deeper theoretical and allegorical implications offered, and problematised, by its mathematical definition. Relishing the ambiguity and nuance offered by gradation, the works included in the exhibition also speak to the dichotomy (or duality) of dynamism and stasis representative of the contemporary moment.

The gradient, art-historically, was conceived of, pragmatically speaking, to solve the most fundamental of pictorial problems: illustrating three dimensionality on flat surface. The development of imagery from flat rudimentary symbols to three dimensional realistic representations required modes capable of illustrating differences in light on a subject in a static image (rendered tonally, chromatically); something for which gradation, and its many aliases, has proven most effective. Though the gradient is now more commonly associated with digitally produced imagery, it has far deeper and wide-ranging roots art-historically: from the tonal shifts in skies depicted in Tibetan thangka, to Renaissance painting modes such as unione. The gradient offered a way to make pictures more synonymous with reality, or more specifically, experience of reality; and what could be more fundamental to reality than transition, or change? Of course, art history was permanently changed with the introduction of photography, which claimed much of the duty of documenting reality. This technology prompted much debate around the ongoing endurance of non- photographic image-making as a document of time in the post-photographic era. David Hockney offers this insight:

“We’re often out drawing at six in the morning to get the light. It’s such a nice thing to do: you know, we are three dimensional creatures, and we live in a three dimensional world, unlike cyberspace, which is not three dimensional. I’ve tended to think that the camera can’t deal with the landscape very well because a camera doesn’t really see space – it sees surfaces. Human beings see space.”

Perhaps the gradient, as Hockney puts it, is a way to truly “see space.”

The outstanding exception to Hockney’s claim is the photographic practice of Hiroshi Sugimoto. His long-exposure photographs of seascapes and other subjects capture a more accurately human sense, or memory, of time and place, “It was my goal to visualise the ancient layer of human memory with the means of photography.” For Rate of Change, Nancy Constandelia has painted 22 gradated monochromes, which although painted, read much like Sugimoto’s photographs. The gradient in this instance is not only the pictorial resolution, but the very process – the durational quality – of making the work. Rather than blending black and white to achieve the tonal spectrums, Constandelia accrues diluted layers of black acrylic paint onto the surface, producing gradations in a manner far less contrived, and more attuned to the passage of time. For this reason, each of the 22 paintings is unique – each has a different rate of change – despite the evident consistencies of Constandelia’s process. It is in the subtle nuances differentiating each of the panels that we also realise the dynamism paramount to all of the works in the exhibition. Will Cooke’s optically charged Come Back In Two Halves, for example, is comprised of repeated clusters of layered circles, some with gradated interiors, which appear to multiply and bounce in and off the aluminium surface of the painting. This beguiling illusion is carried throughout Rate of Change, facilitated not least of all by Adrian Hobbs’ Trans Primary Pop, which is an elegant and highly formal iteration of an impossible object. What is most ingenious about this painting (and yes, it is a painting detachable from the wall) is that Hobbs has allocated each of the three geometric forms one different primary colour, giving the illusion that each is floating in proximity to the others, rather than bound to them physically, materially. In the works of both Cooke and Hobbs, the gradient postulates fallacy – a necessarily artificial sense of depth and time capable of inducing a highly convincing imitation of reality. So ingrained is our sense of temporality and physiological impetus for change, that we seek it, and can be made to believe and feel it.

Devoid of figurative content, the motive of the works in Rate of Change is not to depict the effects of changing time and space on a subject (such as a landscape or piece of fruit), but rather the performance, effect, and materialisation of change itself. Employed not purely for its subordinate functionality, the gradient is privileged as the very subject matter of each abstract work in the exhibition, which commences with two graphite on paper works by Sean Meilak. The series from which Meilak’s two drawings derive is aptly titled Rotations and Undulations. Reminiscent of Sol Lewitt’s Scribble wall drawings, Meilak’s more modestly scaled works adopt the most fundamental of tonal variations to produce highly contrasted tubular forms that, with increasing distance, give the appearance of much more sharply delineated tonal areas. In music, the term staccato is used to define notes played sharply detached from others, whereas, contrarily, the term legato indicates notes played smoothly, without noticeable separation or intervention. In art, the equivalent opposition exists between hard-edge painting and that which might be thought of (though surprisingly not yet characterised art-historically) as “soft-edge” painting. It is tempting to think of the gradient, or gradation, in relation only to legato, or “soft-edge” painting; we often think of the gradient as a subtle transition between otherwise distinct elements. In fact, the gradient, at least mathematically, measures even the steepest of transitions. Consuelo Cavaniglia’s atmospheric wall painting, Untitled, also offers this duality. The painting comprises 52 hard-edged vertical bands that run symmetrically along two adjacent walls away from a centre corner in the gallery. Holistically, the mural appears to dissolve or intensify the architecture it traverses as each band shifts slightly in tone from its neighbours. Horizontally, Cavaniglia’s Untitled offers a tonal spectrum bridging the white of the gallery walls and black of the central corner, incrementally interspersed with variations in grey consistent with these tonal “bookends.” Of all the works in Rate of Change, Cavaniglia’s illustrates most strikingly the gradient as continuum; its consistent rate of transition from one band to the next synonymous with evenly measured units of time. The painting, like all gradations, is multi-directional. It is getting darker and lighter simultaneously. Nearby sits Danica Firulovic’s Warm Edge. As the title suggests, this painting, even more so than Cavaniglia’s, measures its rate of change right at the edge of the incredibly subtle delineation between the warm and cool white squares comprising its spare composition. Almost indiscernible, the two whites, and their respective temperatures, coexist. Though visually the gradient is absent, there is a palpable feeling associated with the meeting of warmness and coolness; a convergence that inevitably results in both constituents compromising, changing. The imagined rate at which the warm white cools, and cool white warms, presents a gradient.

In search of the gradient, Oliver Wagner embarked upon a process of painting bands of successive colour on a wall and sanding between them at each edge. Though the wall painting had not delivered the desired effect, Wagner discovered the dust fallen to the floor had indeed arranged itself in smooth transitions between colours. This was the beginning of Wagner’s enquiry into the possibilities of painting with acrylic dust. In Rate of Change, Wagner’s wall work, The Material Flow (White Cube) presents two gradients, created by sanding the gallery wall and repurposing the resulting dust in an arrangement or coating on the gallery floor. The gradient in this instance is representative of the process, the labour, the time involved in its production. Materially, Wagner’s work is granted a certain agency, which is also evident in Matthew Allen’s Spectral Variation 3 and 8 opposite. Allen builds up layers of paint and resin on the surface, allowing each to successively transform the previously applied coat. The process is not only one of painting, but also measuring change.

Representing not only an awareness of elapsing time, and the effects of this spatially, the gradient also, perhaps more significantly, represents an awareness of these effects on ourselves. Time is moving. Utilising a repurposed cement mixer, Daniel Hollier has worked with the object’s rotating function to paint a gradient. In To Renew, Painting for Listening #02, the barrel’s surface reads as a melange of colours with varying transitional shifts. It is a document of the object’s inherent design – its rotating motion – that also speaks to the gradient’s facility for capturing this motion or flow. We tend to measure time in cycles, episodes, waves; socially, politically, historically. But do these cycles end? Do these waves ever really crash? Or do they continue to radiate and vibrate transhistorically? The preoccupation with measuring time in this way fails to account for slippages or ruptures in that which might be thought of as “real time.” The practice of Martin Creed, which is definitively concerned with increments and measurements, and can also be thought of as an ongoing investigation into the gradient, offers a compelling precedent. Many of the works in the exhibition speculate on how far their forms might extend before completely unfolding, dissolving, stretching into nothing. The gradient, though located at edges and boundaries, has potentially limitless extensions. Where do the boundaries of space, time, and thought start and end? How far do things (should things) reach physically, and metaphysically? Aptly titled Coming in Waves, Jonny Niesche’s undulating aluminium sculpture seems an appropriate work to end on. Expressing the gradient as a wave, Niesche points to the effects of changing time and space on our experience of the object. As the undulations compress and expand in our shifting proximities and encounter with it, so too does the colour of the surface change. The sculpture accurately describes the phenomena of a wave gradient, and despite its static position in the gallery, is dynamic and suggests continuum.

In his introduction to In the Flow, Boris Groys posits his notion of the “rheology of art.” Rheology, as Groys explains, is the study of fluids in science. Groys argues that art should enter the “flow of time,” and artworks should accept their eventual disappearance, rather than being preserved endlessly.

Though Groys is clear in his introduction that he is not speaking about art that merely “depicts this flow,” I have come to understand the practice of each artist in Rate of Change, and specifically their dealings with the gradient, as collaborations with time. Despite certain deployments of illusion throughout the exhibition, there remains something very real and coherent about the impulse these local artists share to express the transitory and ambiguous nature of “contemporary social behaviour.” A rate of change can be thought of and measured in a number of ways – the rate at which time changes, for example – but it is the distinctly visual quality of the gradient that has allowed artists, including those in this exhibition, to accurately represent, collaborate with, and claim time; a way to grapple the unknown; to visualise the flow. 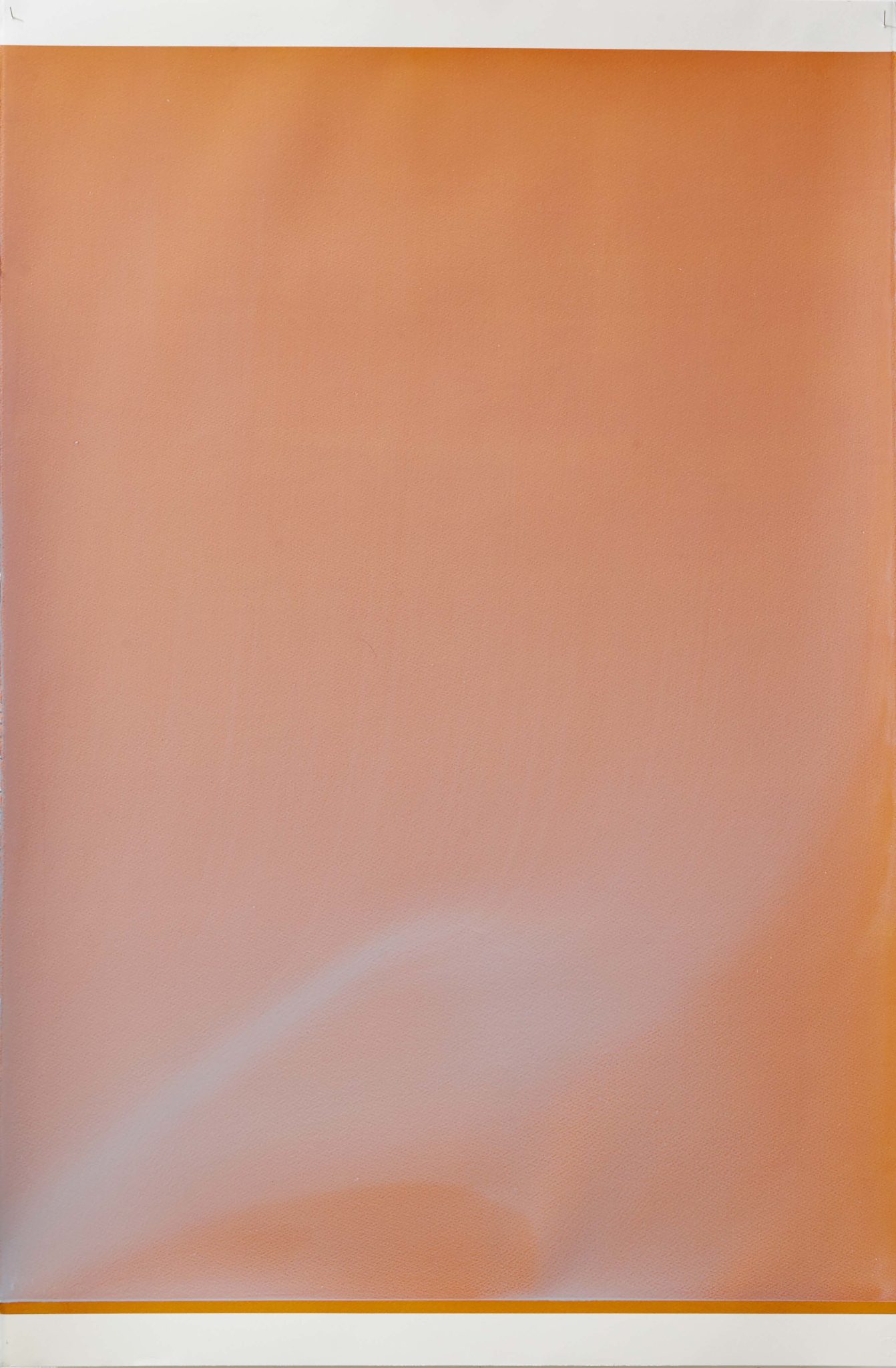 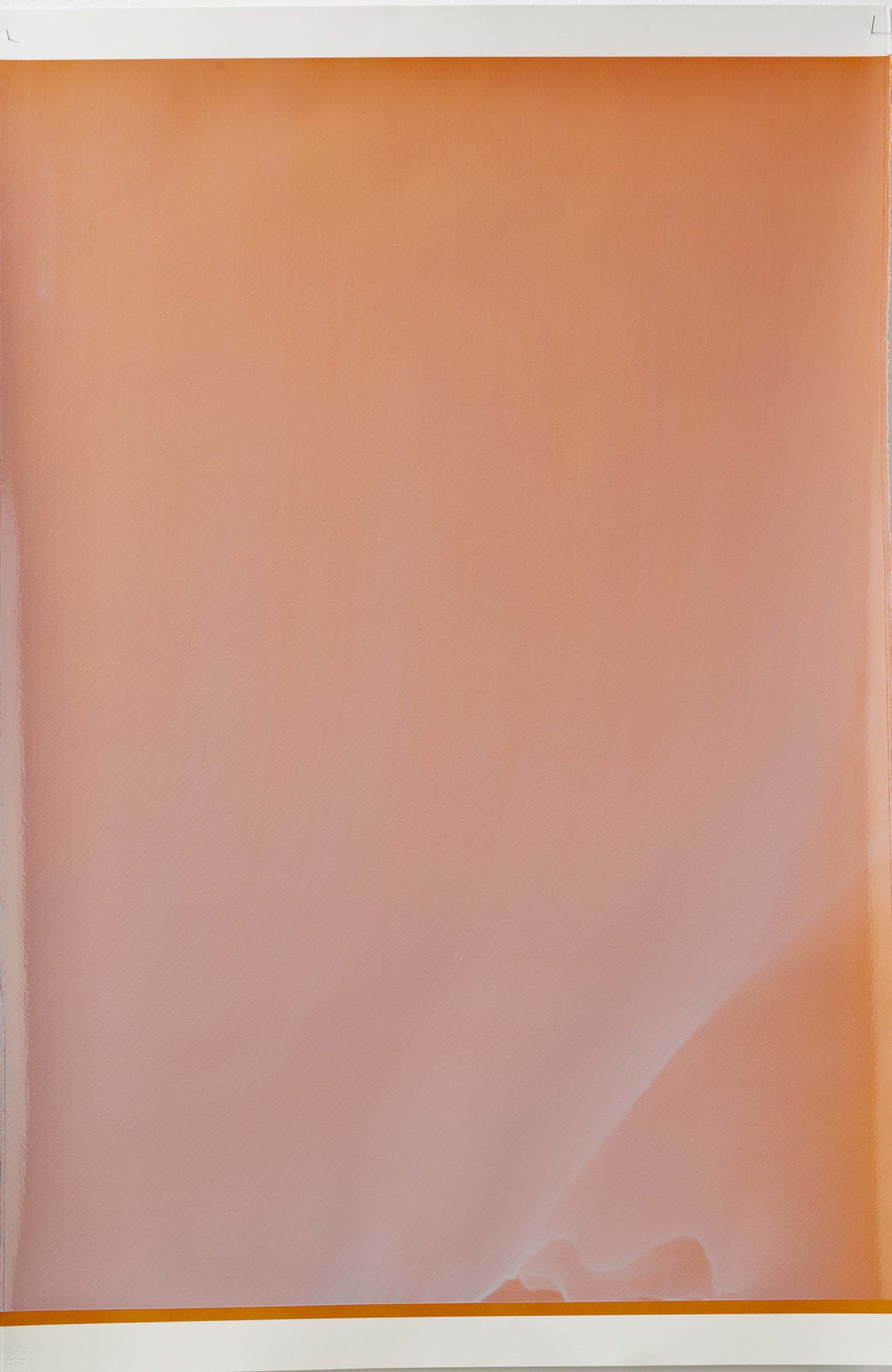 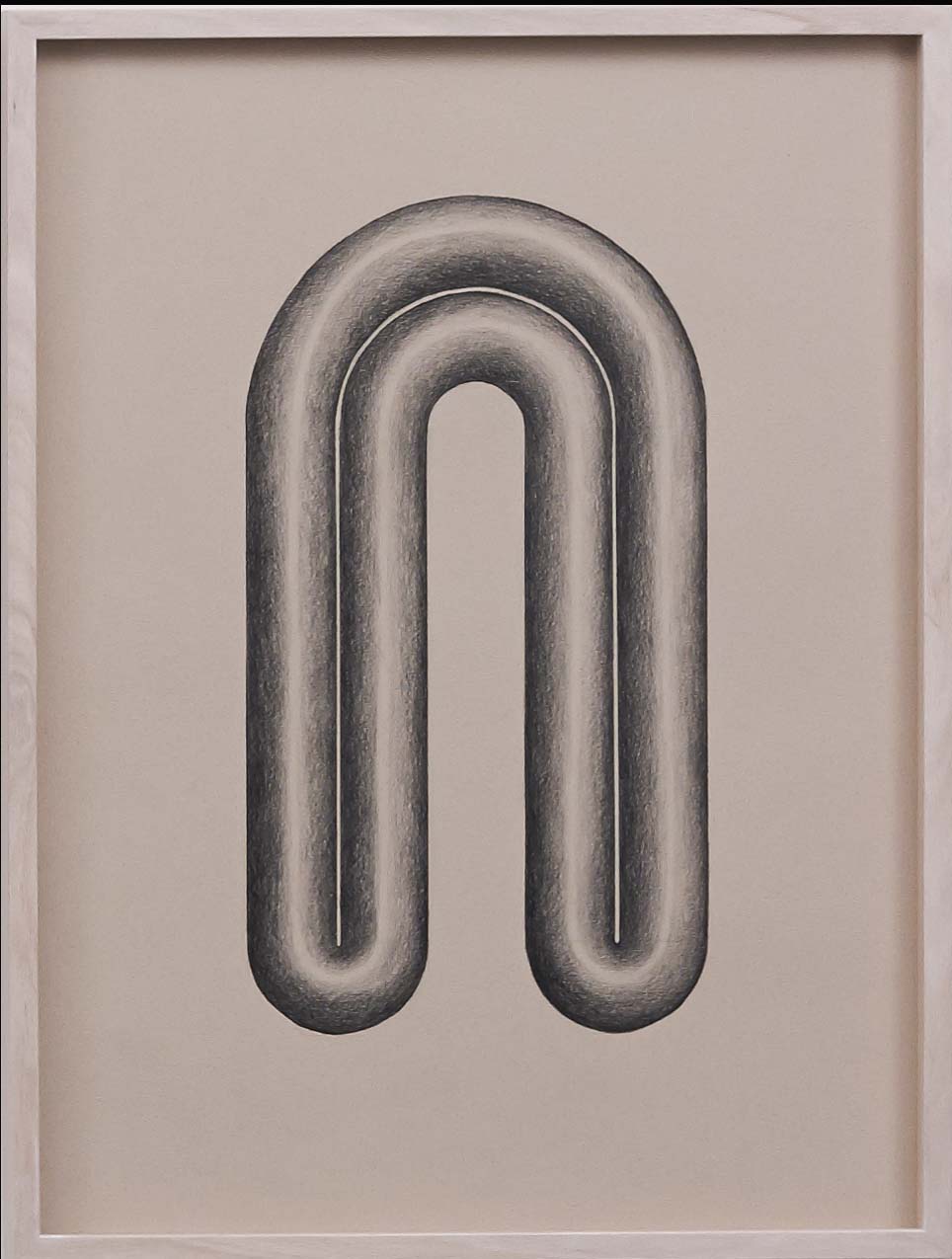 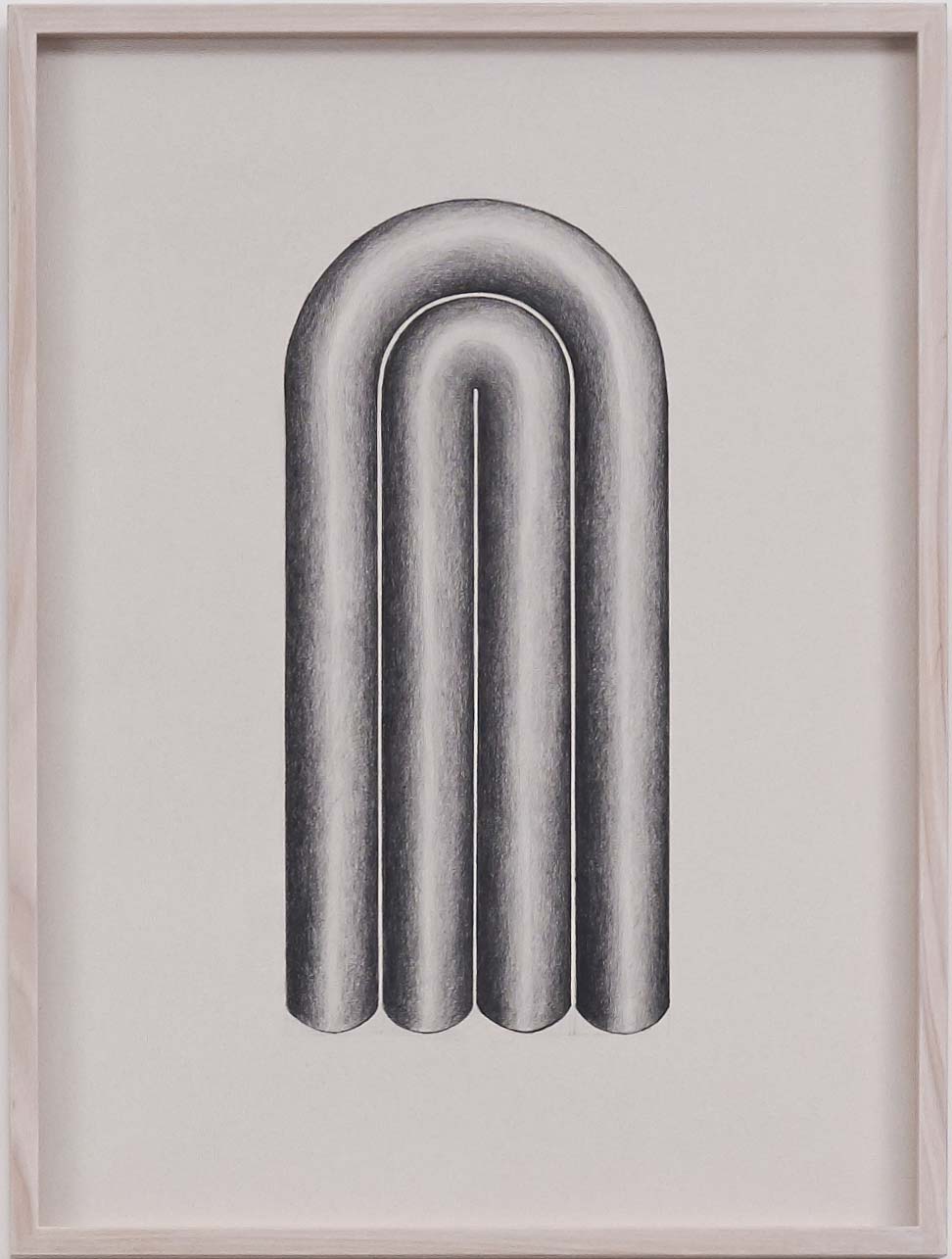 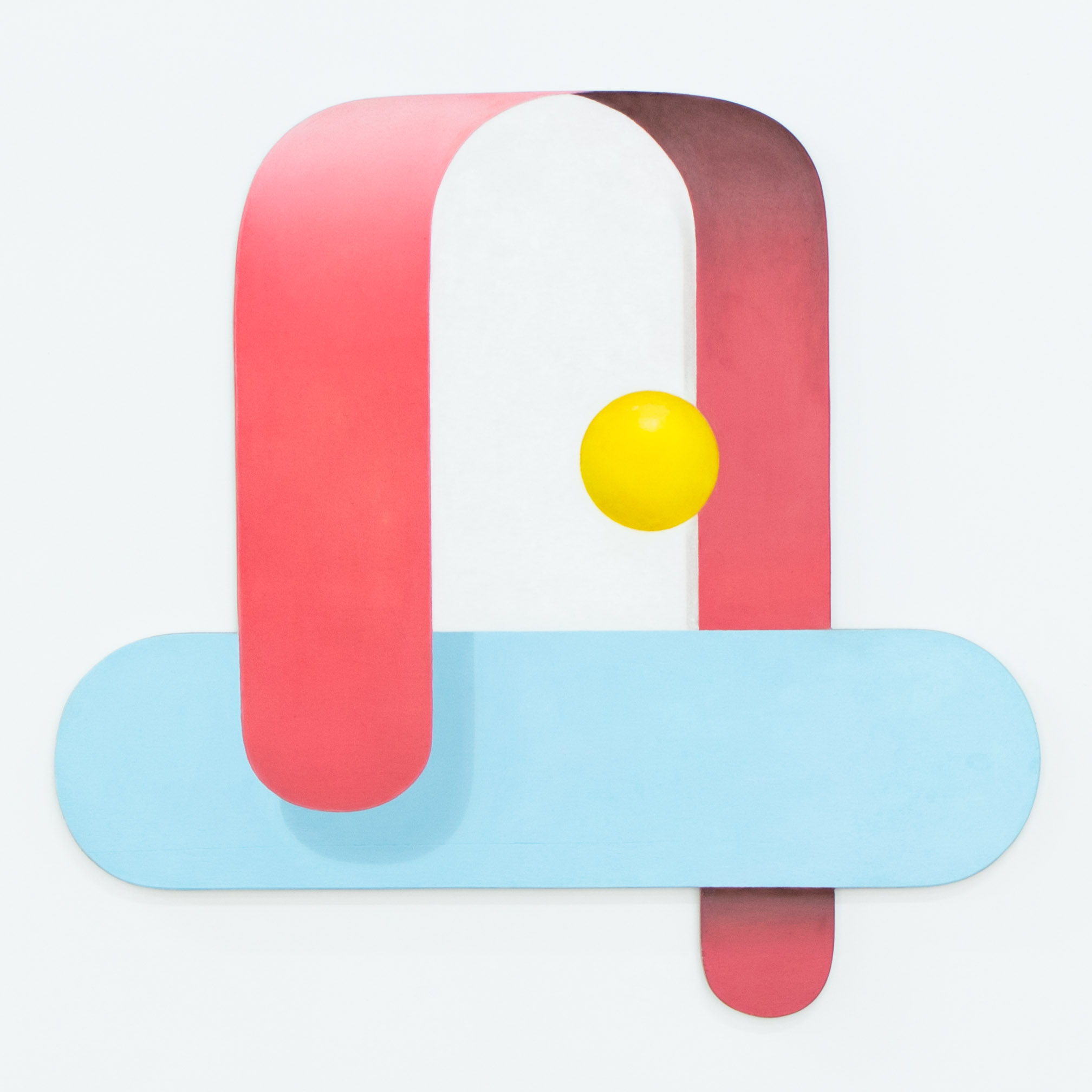 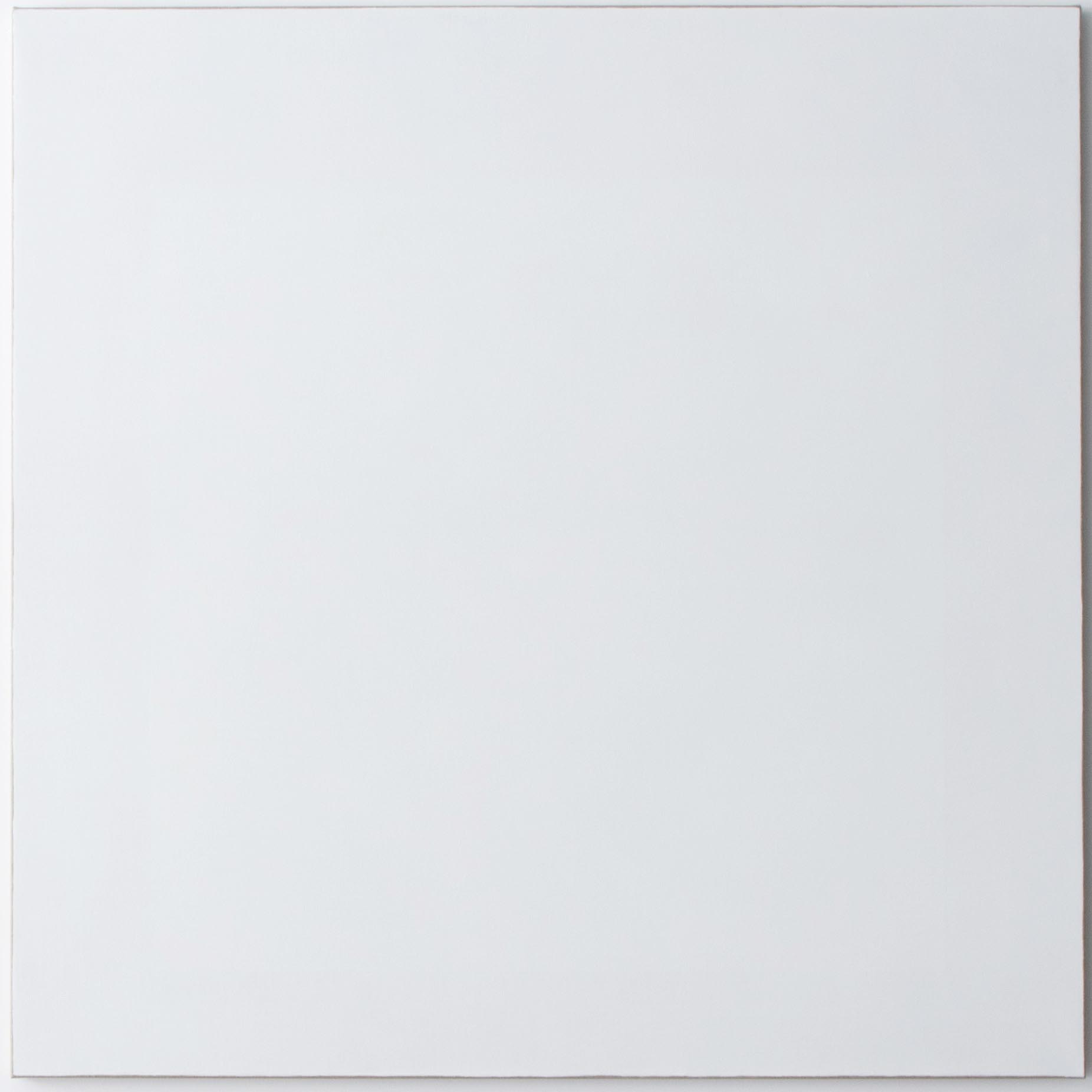 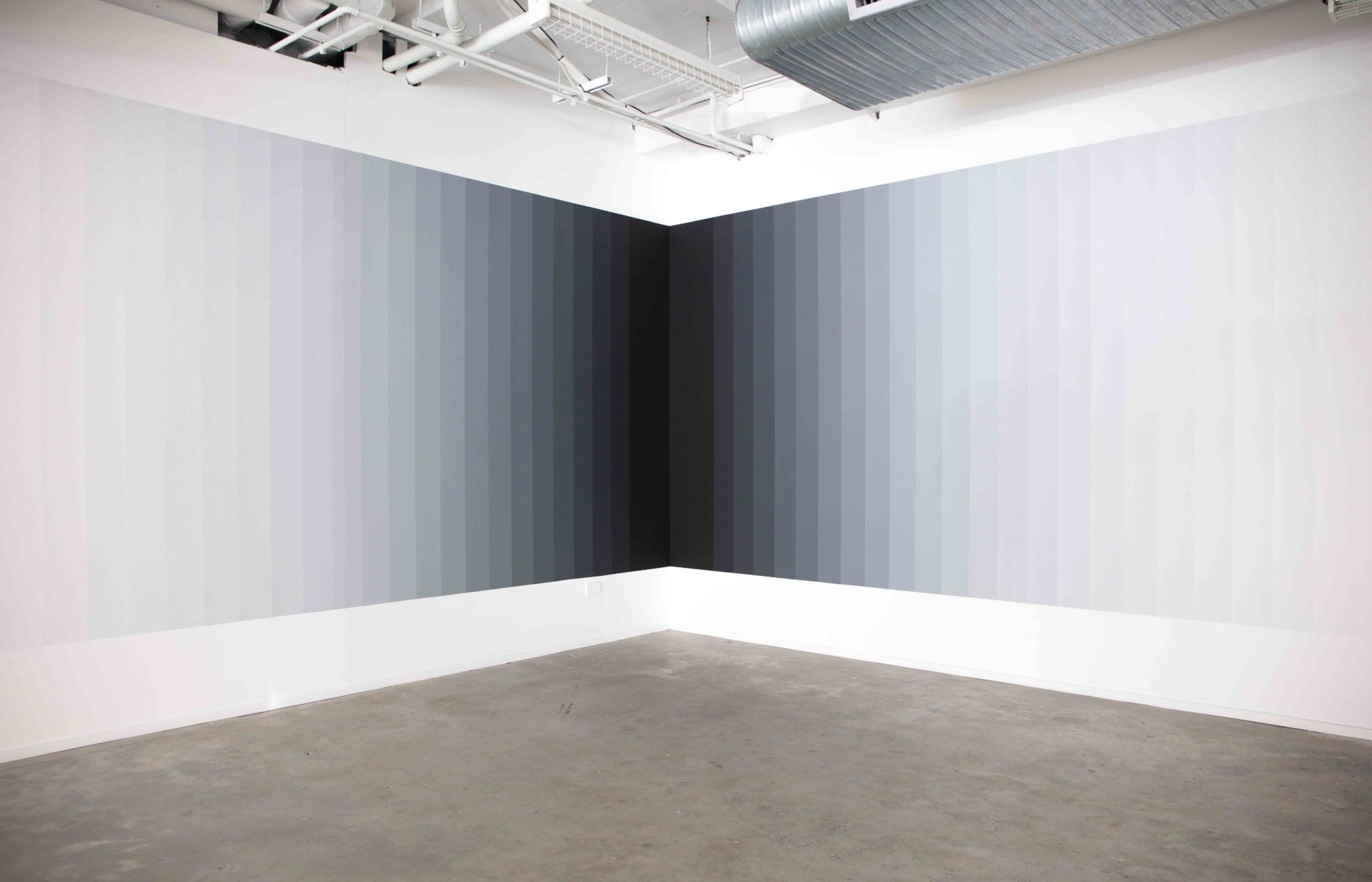 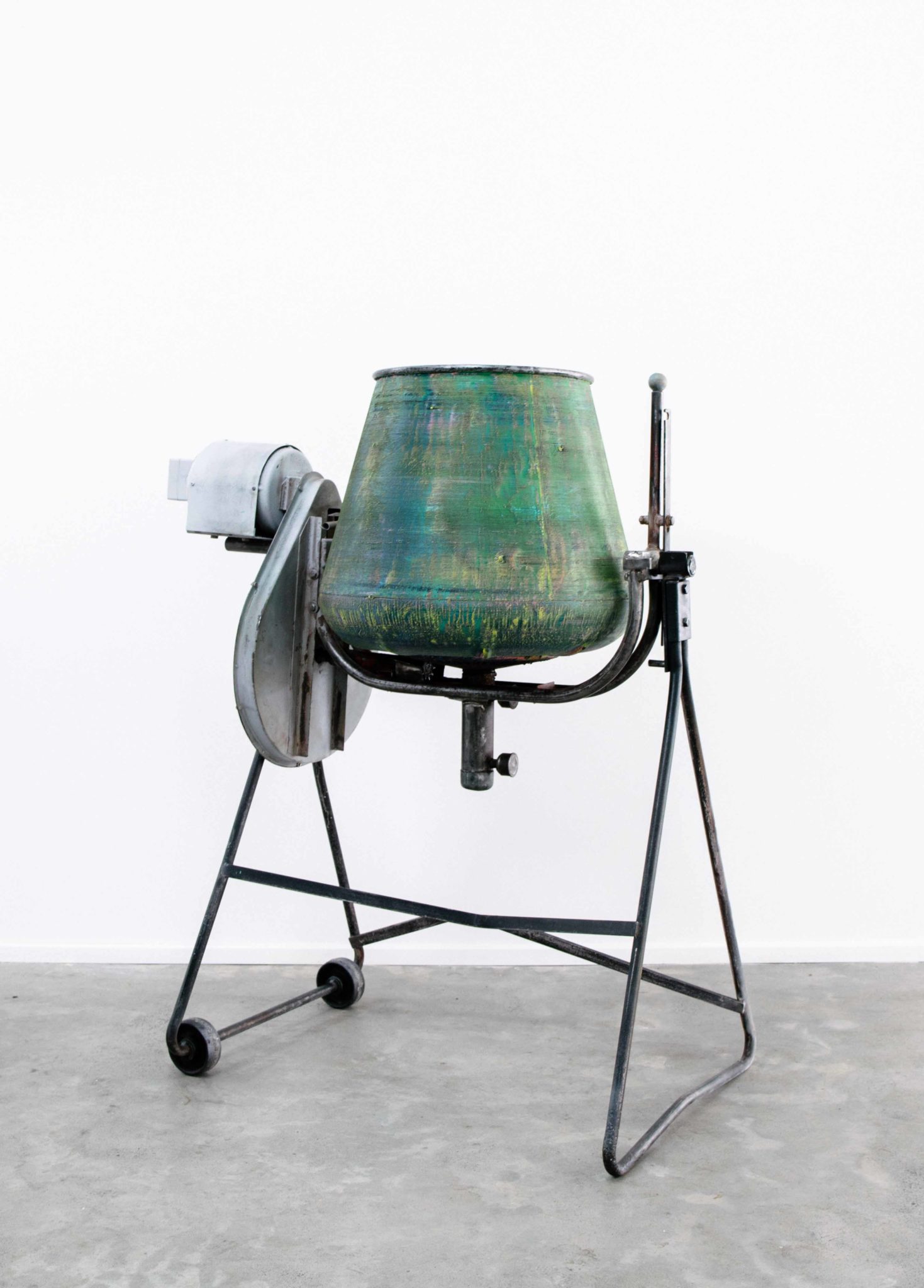 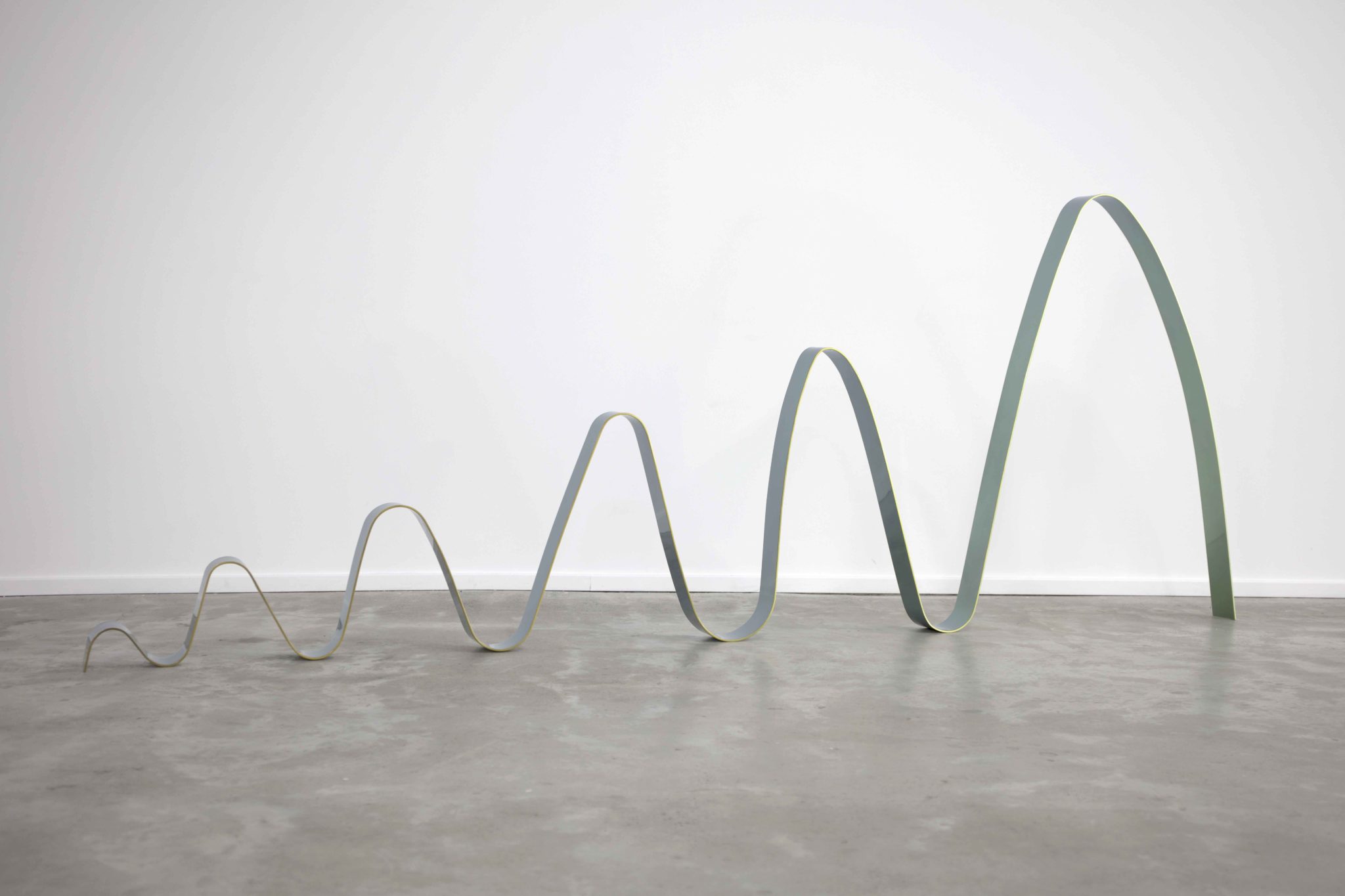 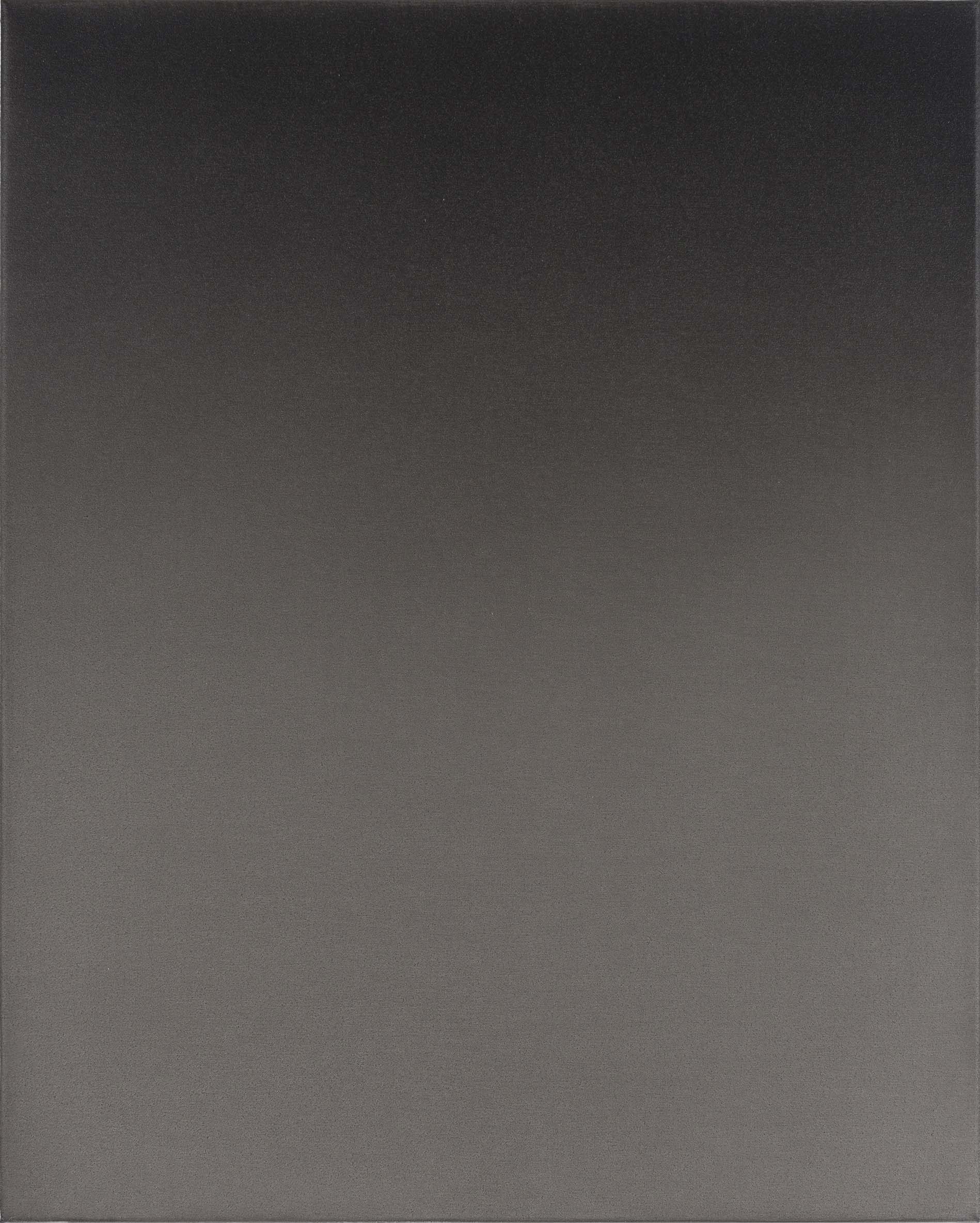 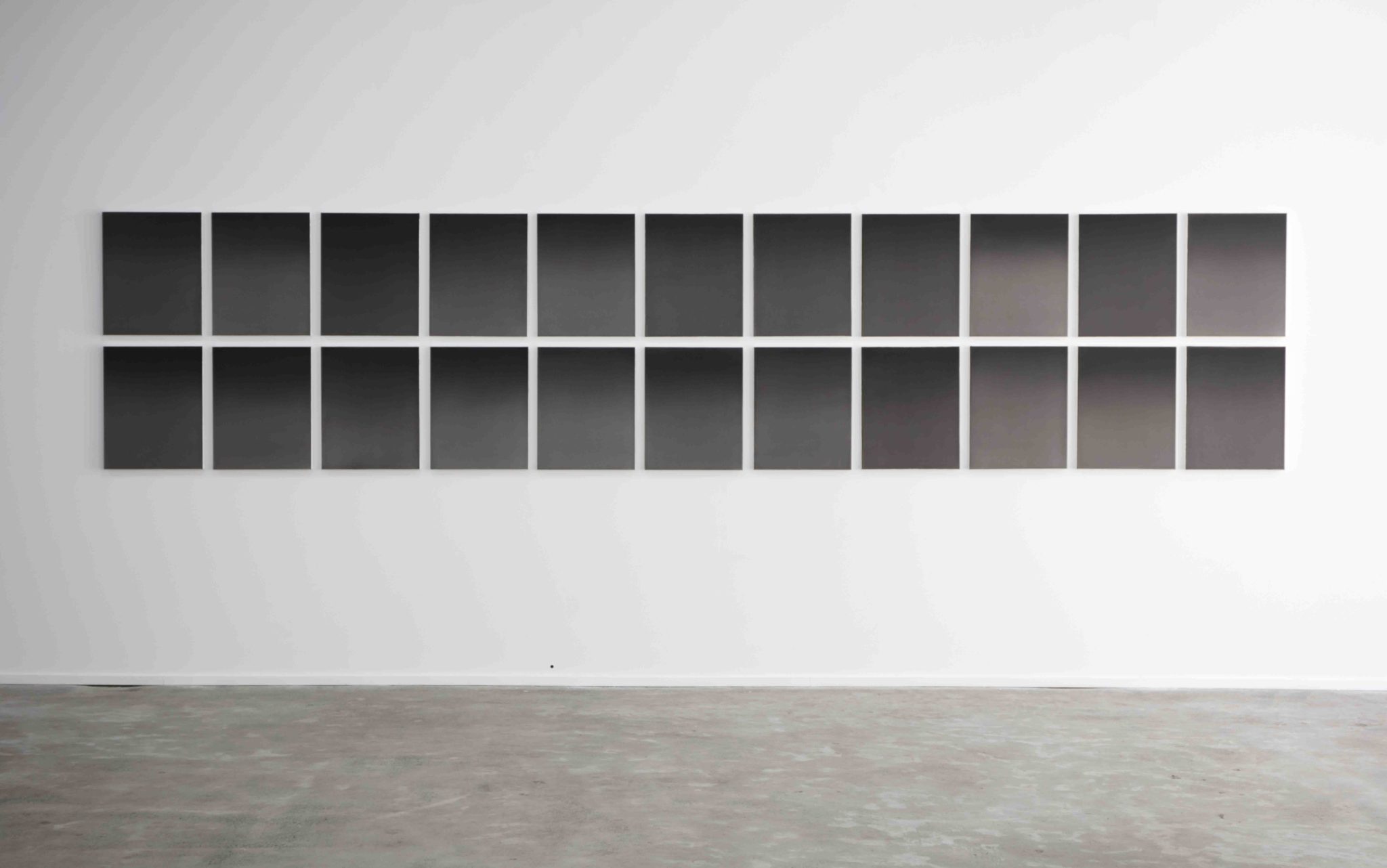 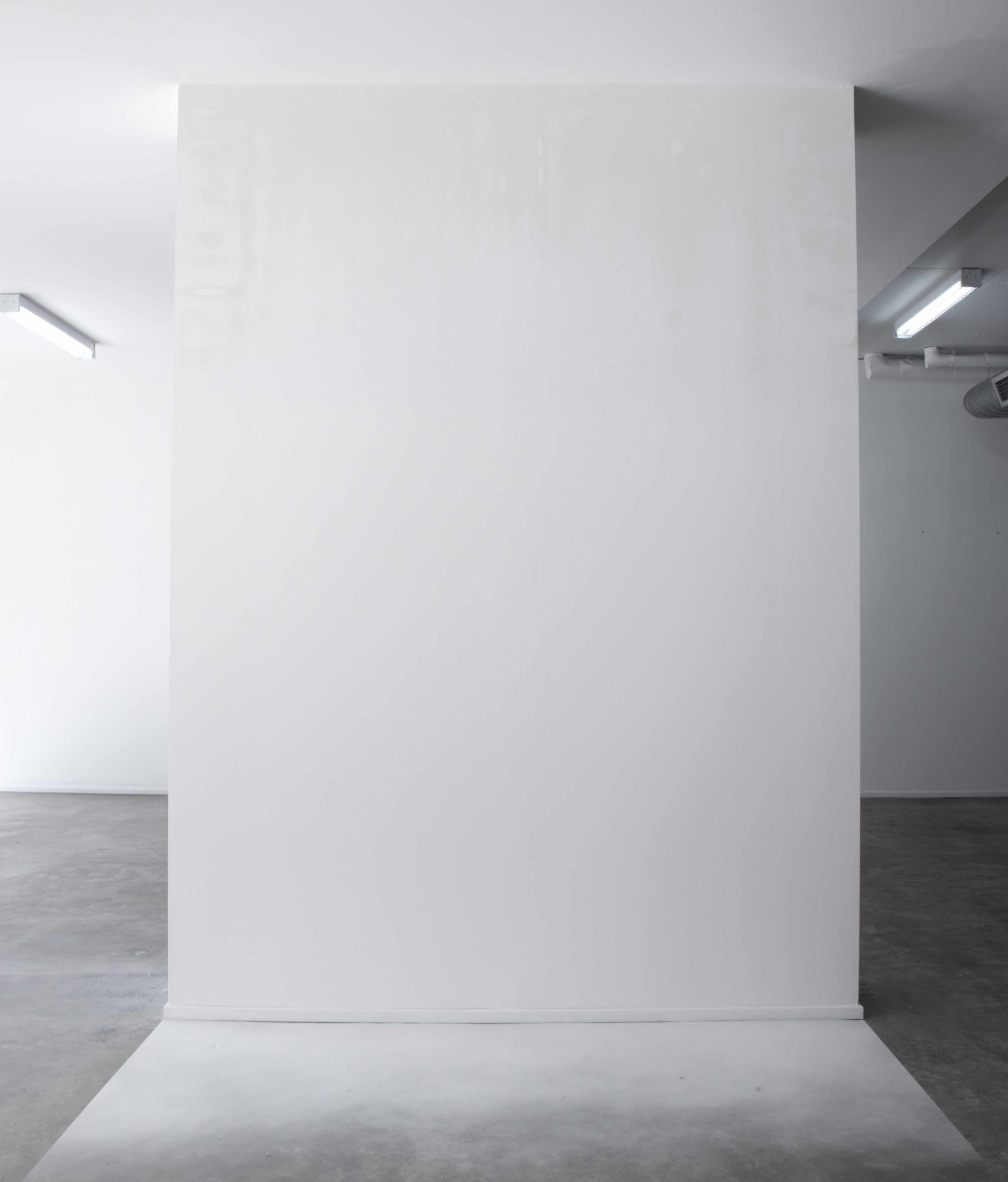 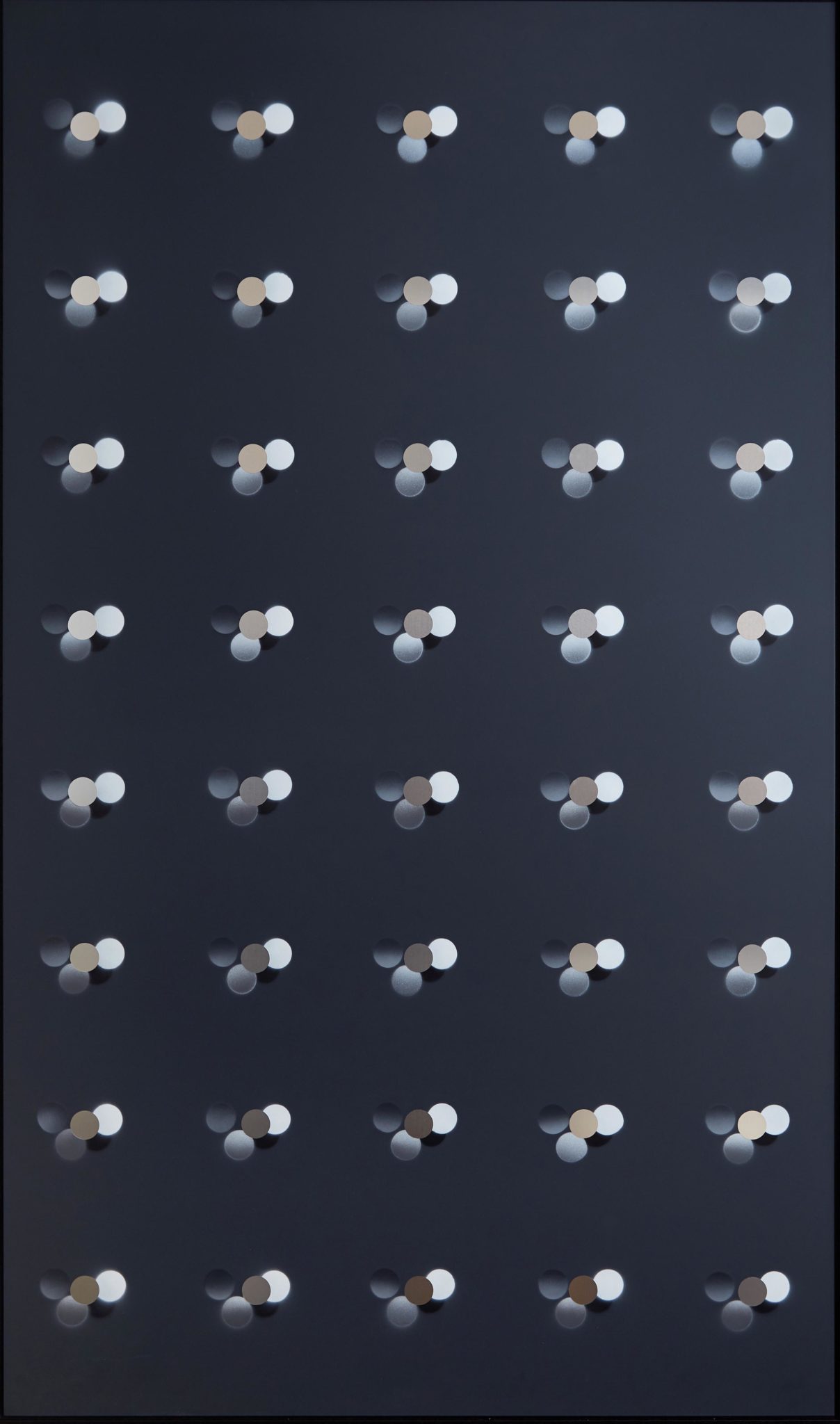 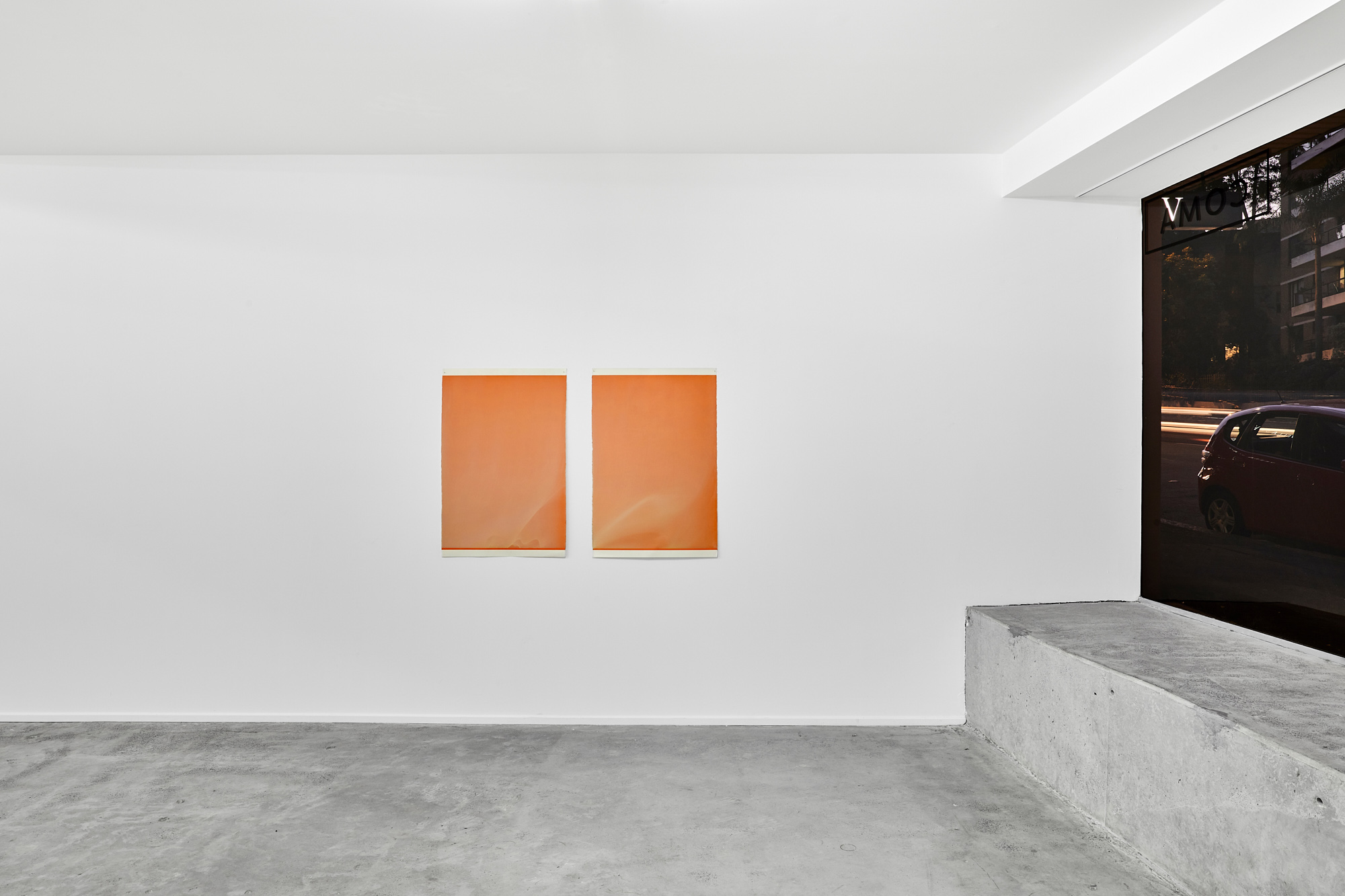 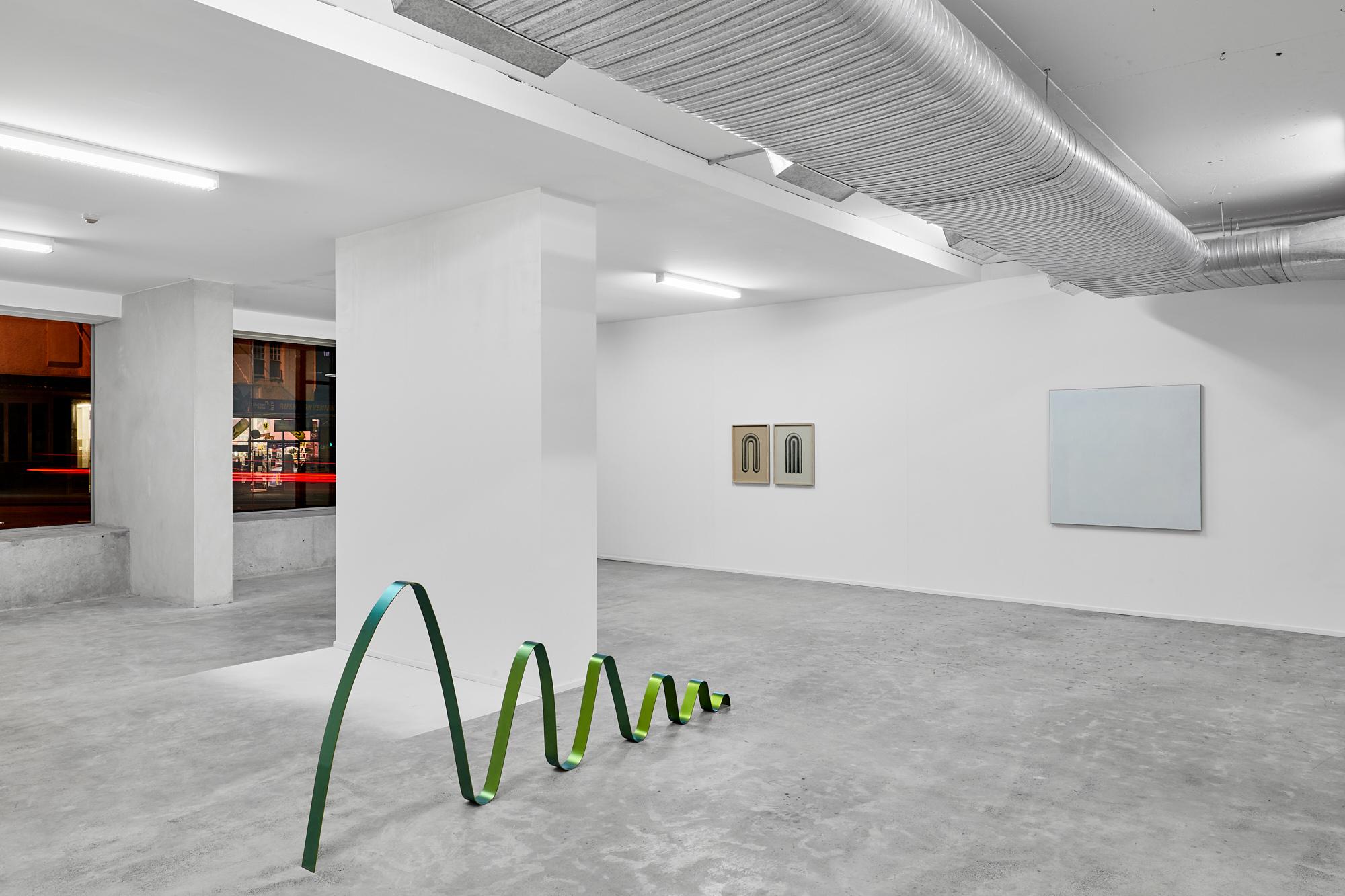 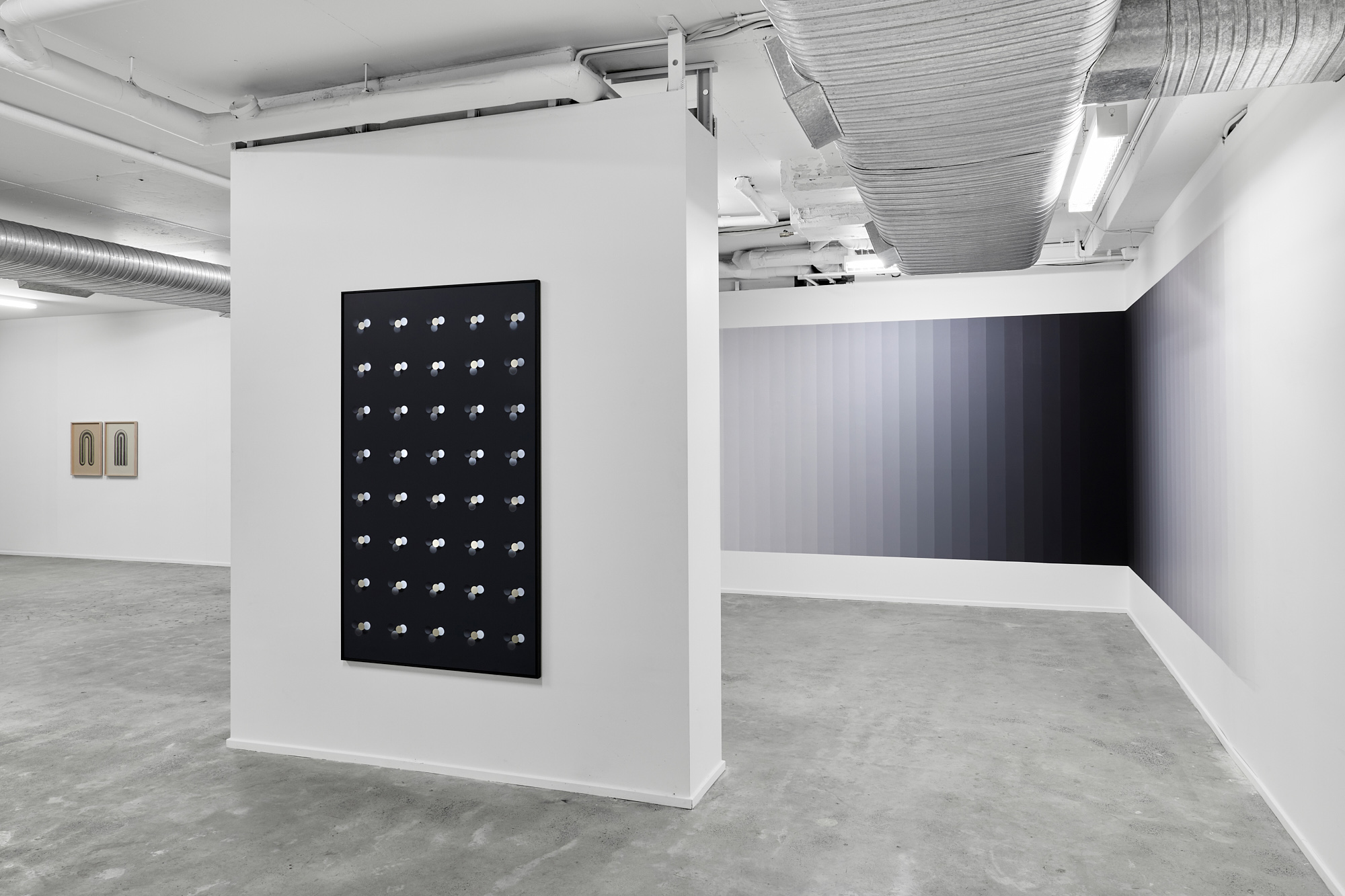 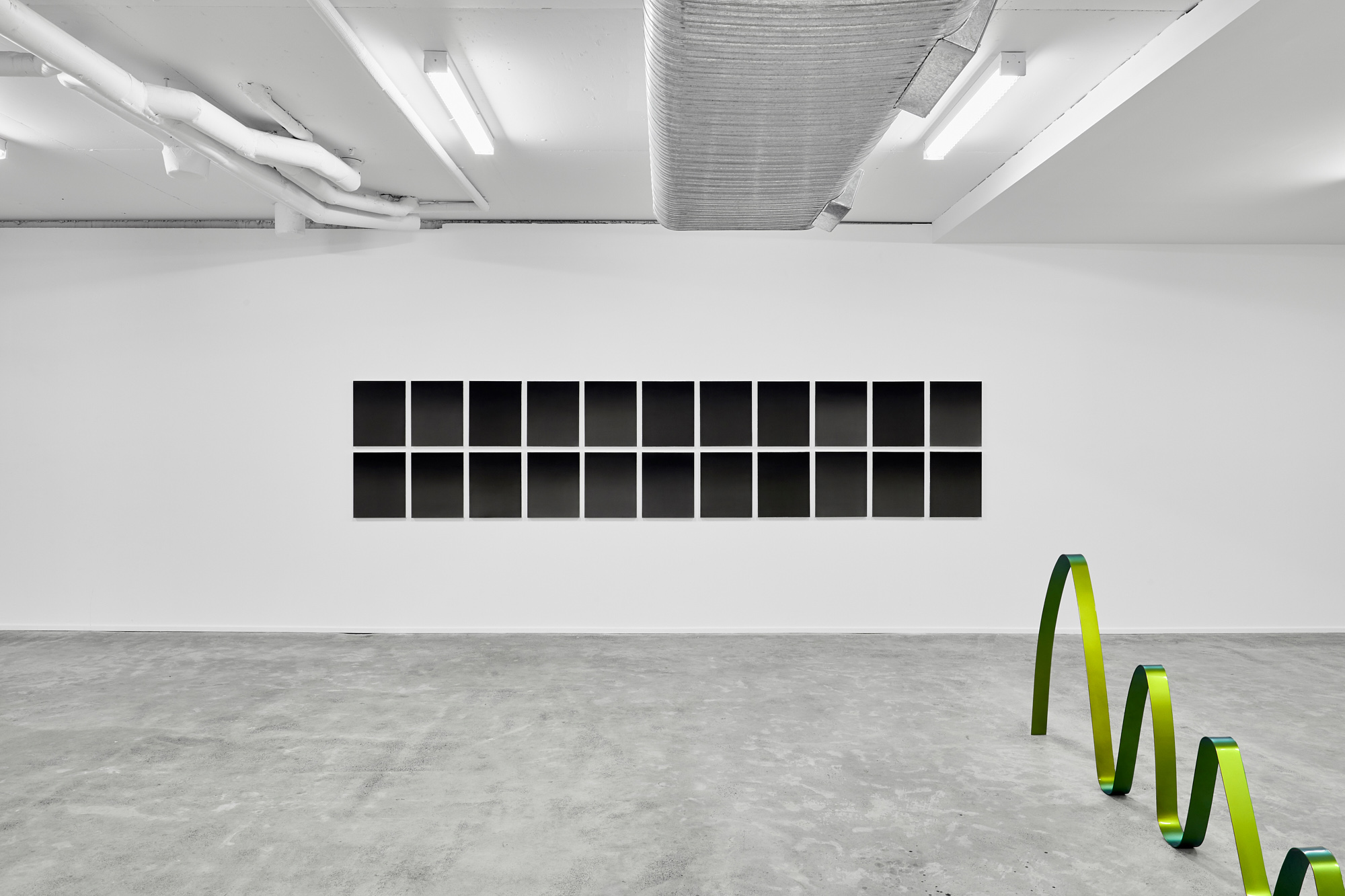 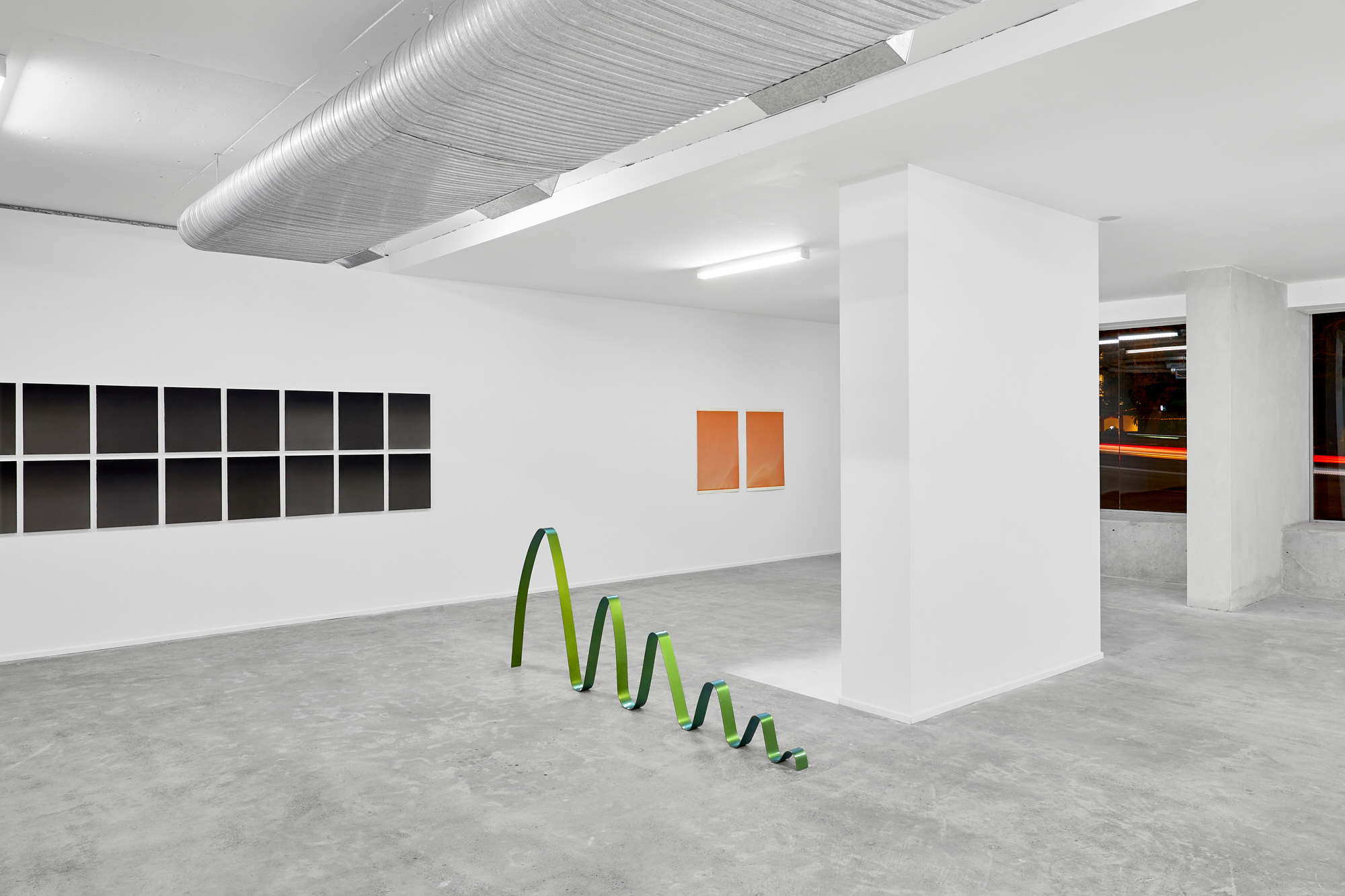 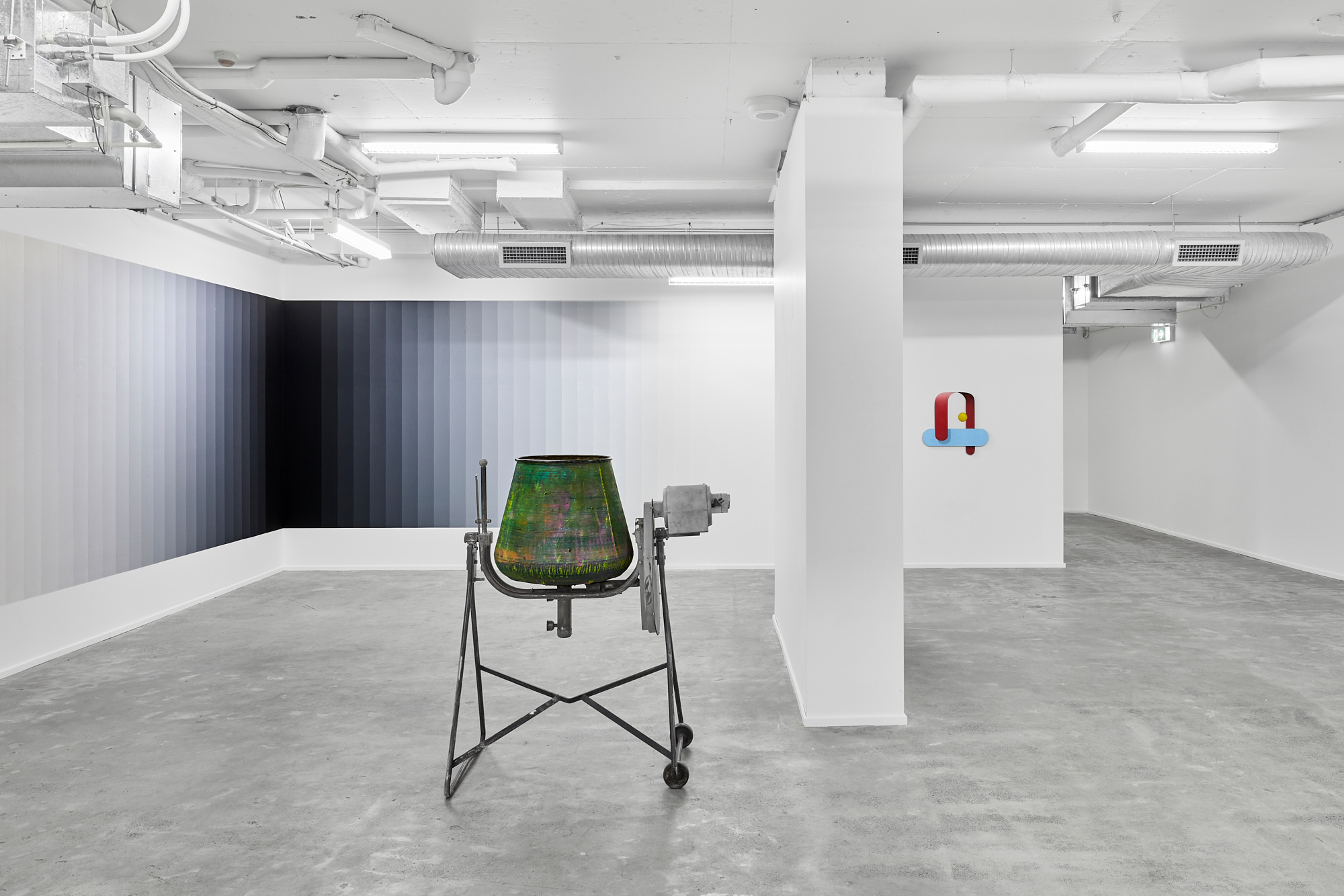 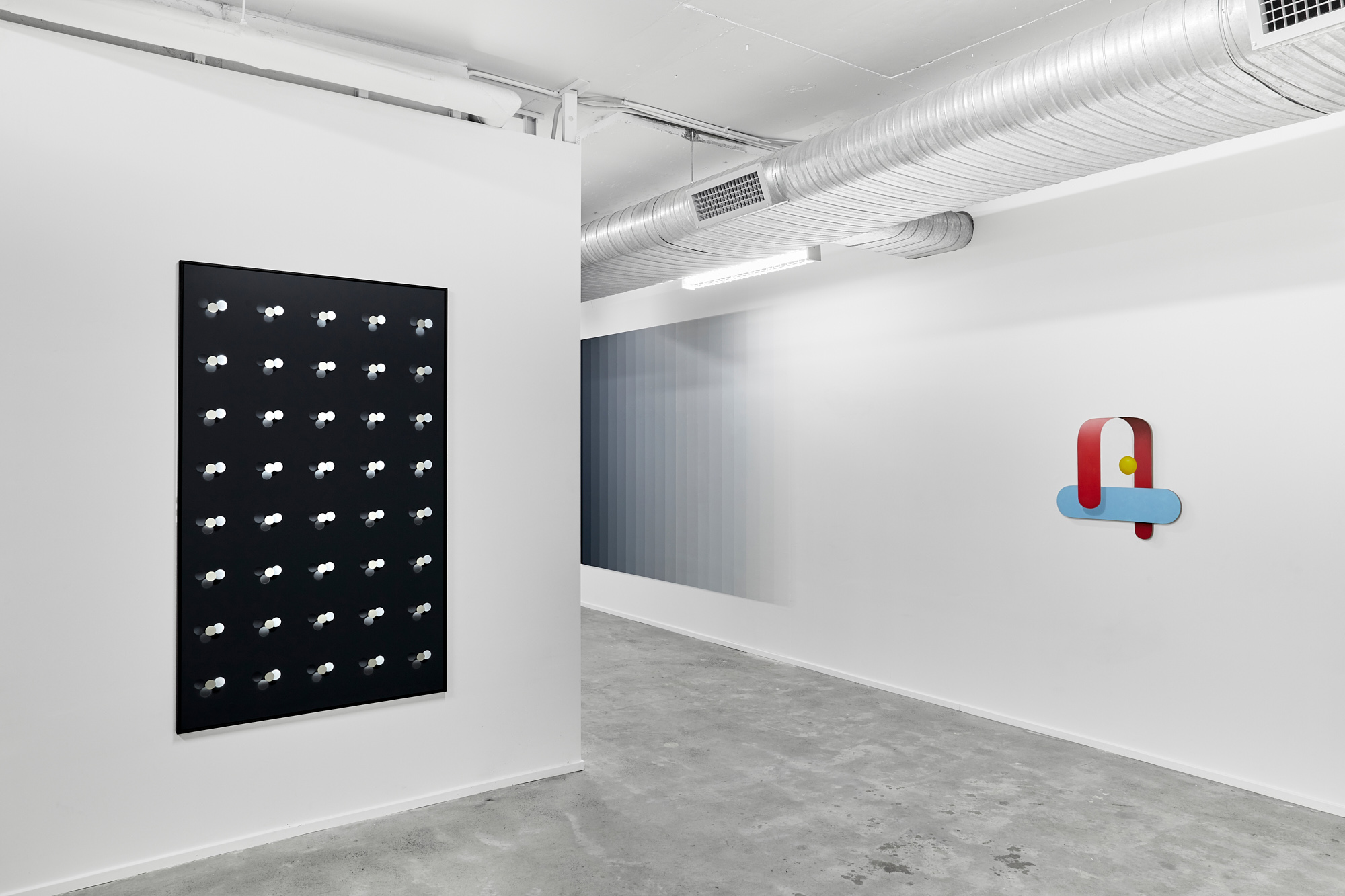 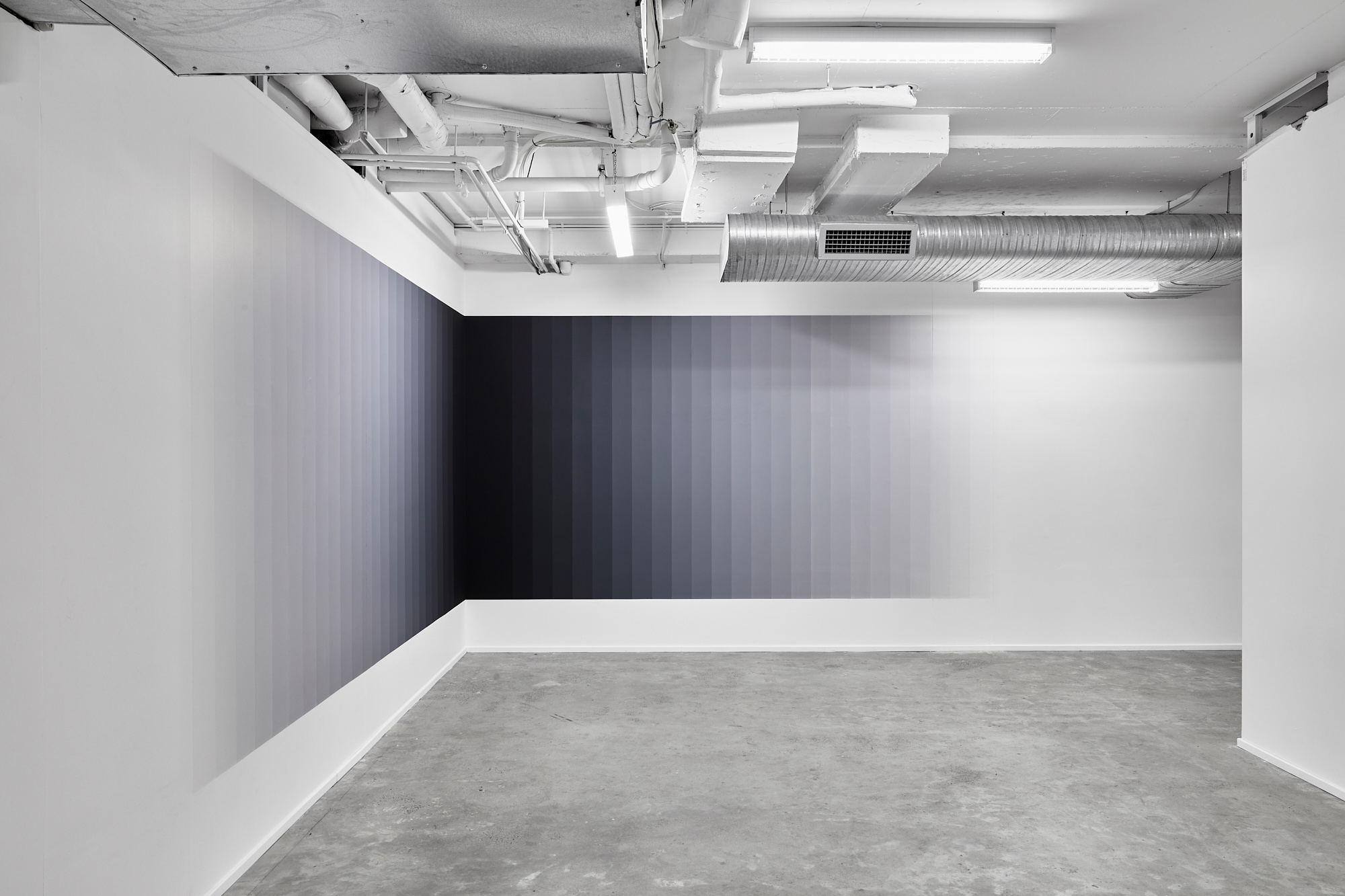 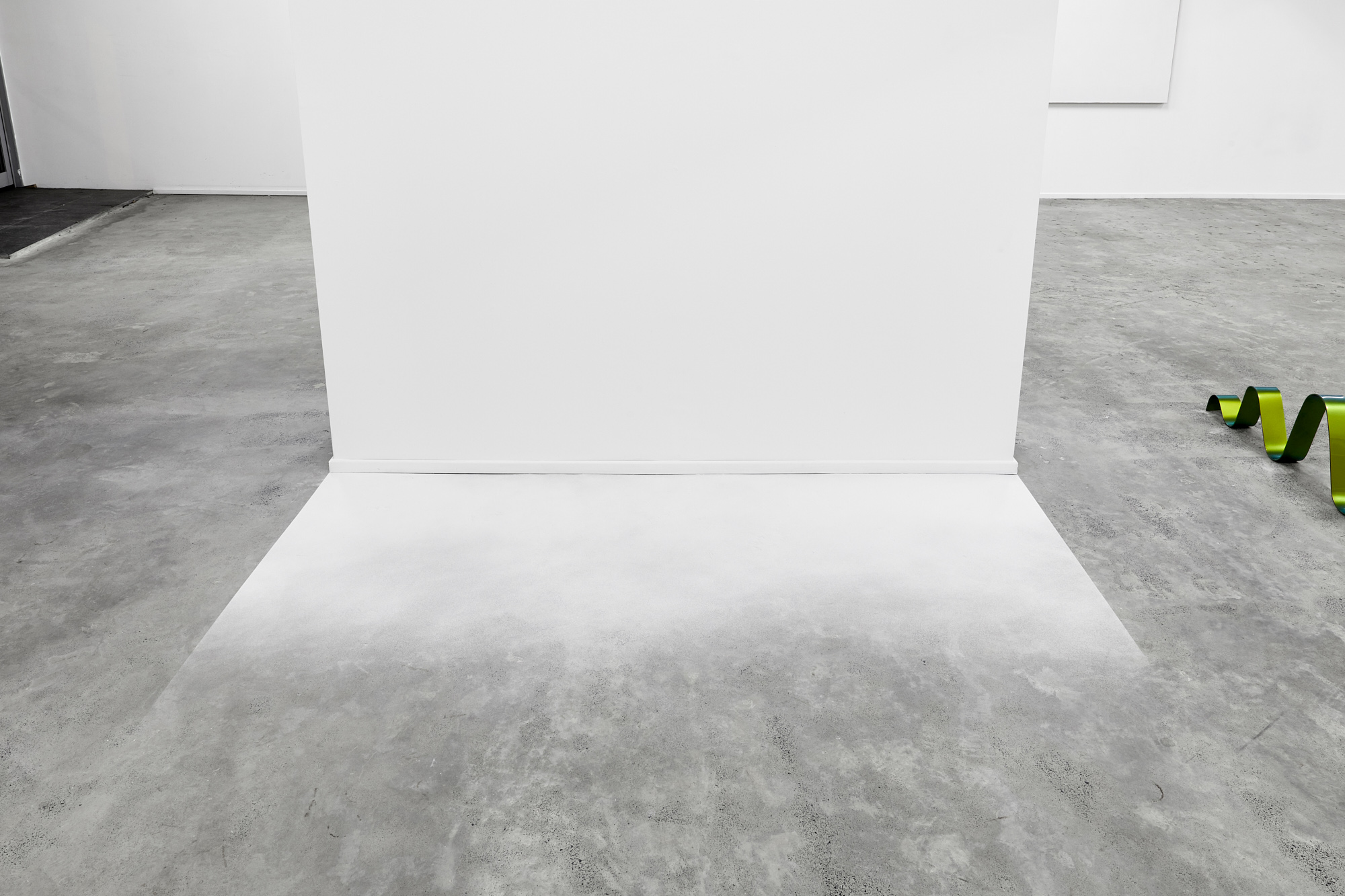