COMA is pleased to present an exhibition of new work by acclaimed Australian artist Lara Merrett, titled ‘High-Rise’. The presentation acts as both a follow up and response to Merrett’s participatory installation ‘This is not a love song’, featured as part of Sydney Contemporary 2017, which marked a dramatic change in Merrett’s practice.

In ‘This is not a love song’ Merrett allowed the viewer to interact with her physical interrogations into the relationship between painting and its surrounding architecture, resulting in a changed and manipulated work kept seperate from the artists control. Through this new body of work with COMA the analysis and study of the audience reaction has resulted in a selection of large wall based pieces that continue to draw upon principles of abstraction and a colourist practice.

With an increased focus on the acknowledgement of how physical interactions with an artwork and interaction with it’s texture can cultivate strong emotions, emotions born similar to those born from simply seeing, these works are a proposition of a new perspective.

a brief sequence of events within a vanished ocean

Before this exhibition of paintings was complete, Lara Merrett had ceased painting. Her studio—one in a quartet of bright rectangles set behind a fuming and scleroticii east-west arterial road in Sydney—was furnished with none of the usual artist tokens. No parsed cut-outs from favoured art tomes, no crisp or curling biennale postcards, no stacks of enticing book spines, no devices or vases or exterior views. Instead, it contained a Typical Industrial Sewing MachineTM, a bin, a drill and a steel table. It was lit by a strip of fluorescent tubes and stacks of folded spectral cloths on 5 Tier Chrome Mobile Shelving Units. Every thing served a purpose; nothing could be spared.

The last time Lara had painted (certainly it had been months, perhaps not yet a year) she had poured tins of water- based paint directly onto canvas. The paint pooled and ran into tributaries of colour. Her focus was centred on the nature of the paint and layer after layer, she would watch its luminous resolve. She noticed that things weren’t painted, but rather subsumed. Her attention shifted from the vertical to the horizontal, where sheets of Polyethylene backed drop sheets lay on the floor in tinted rafts. An artist will always ask a question even if they arrive at the solution first, and here on the floor was the answer; here was the work, made entirely by its undirected journey from the wall to the floor.

Back in the studio, between the sewing machine and the racks of folded cloth, there suddenly appeared a heightened domestic scene—it was as if a tab of LSD had been added to the wash and all the linens had run perfectly apart. Neon green, lolly pink, kino sap red, blood and bone and almost-International Klein Blue. Gutter leaves and Sulfur mustard. Dandelions. A suede bruise. Wet grass. Each one a Venn diagram of her labour. “What’s been happening?” asks Alice towards the end of Ballard’s High-Rise, “Nothing . . .”, her brother replies, “It’s already happened.”

At Lara’s next show, audiences cut the paintings from the rafters and took the severed pieces home. Hal Foster named this sort of art—one that offers an ephemeral moment—a ‘precarious gift’. In Lara’s discipline it is also ‘art as a chain’, wherein the artist and audience enter into an exchange that precipitates the next work which, itself, holds regard for that now lost moment in time. Painting happens between two sets of converging parameters; the material conditions set by the artist and the will [and willingness] of her audience to intervene. As a sort of Mechanical Turk, the audience is paid and then mined for their experience in time. The artist and the next audience are rewarded by the rare pleasure of this accident by design.

He shook his watch, picking at the fractured dial with a grimy finger-nail. The watch had stopped during a scuffle in the 25th floor lobby several days earlier. Although he had forgotten the exact moment, the hands of this broken watch contained the one point of finite time left to him, like a fossil cast on to a beach, crystallizing forever a brief sequence of events within a vanished ocean.

J.G Ballard’s story High-Rise—from which this exhibition takes its name—chronicles the lives and deaths of a myriad of apartment dwellers whose lives descend into violent chaos while confined in their luxury high-rise. The architecture and communities of the high-rise become a holding pattern for a new world order. Ballard’s High-Rise rests upon a set of time-based questions; how long does it take for something to fall apart once the usual conditions that maintain it are removed? At what point do we accept—and enjoy—the conditions of a disintegrating world? As a painter (who both retreats from and returns to painting in equal measure) Lara employs similar, if dissonant, narrative conditions. Her work asks questions of the origins and final destination of painting as a discipline, just as it proves it as a time- based art.

At the point each one of these paintings were discovered, they had already happened. Because, in the absence of painting, Lara had been keeping time. 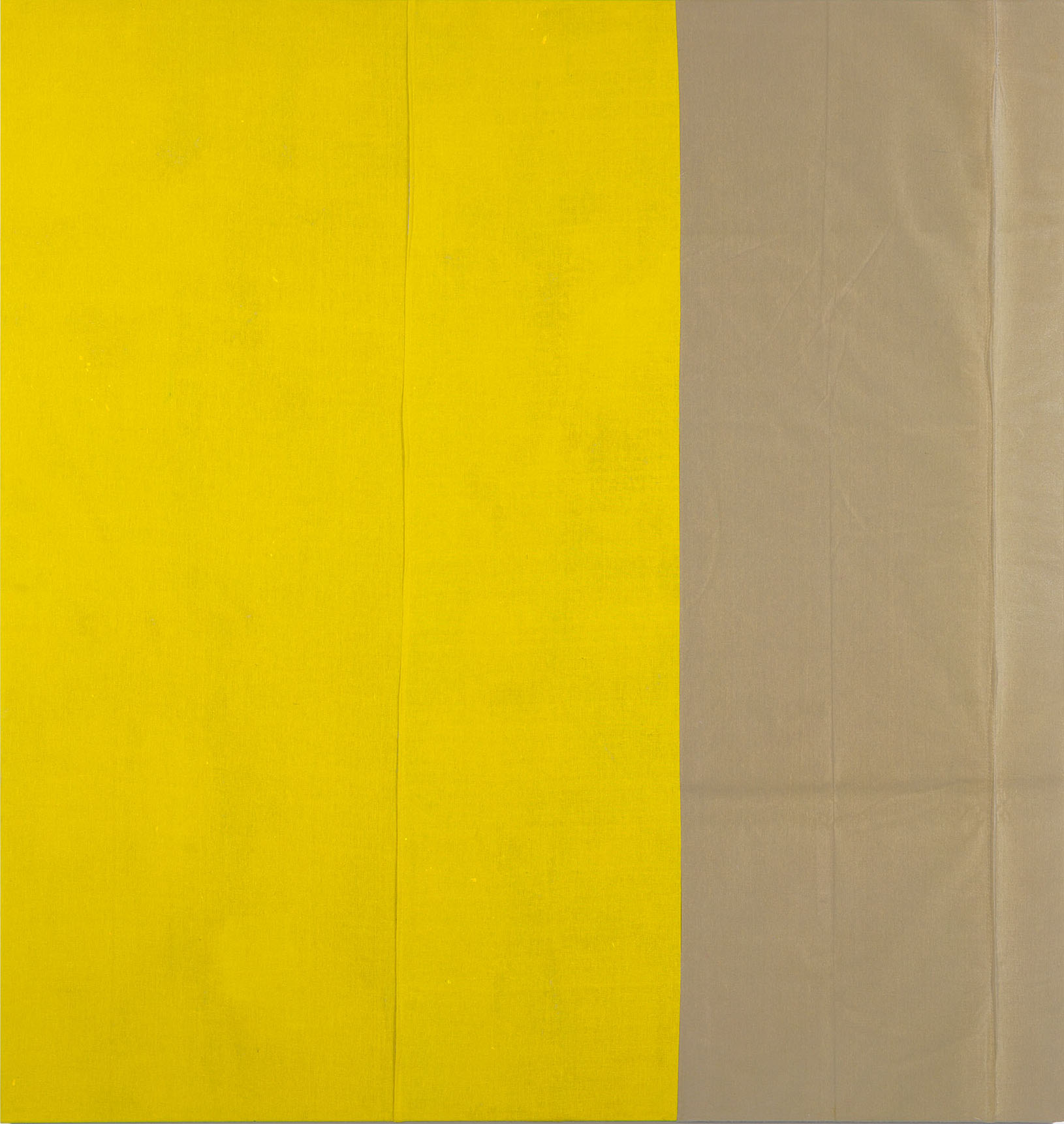 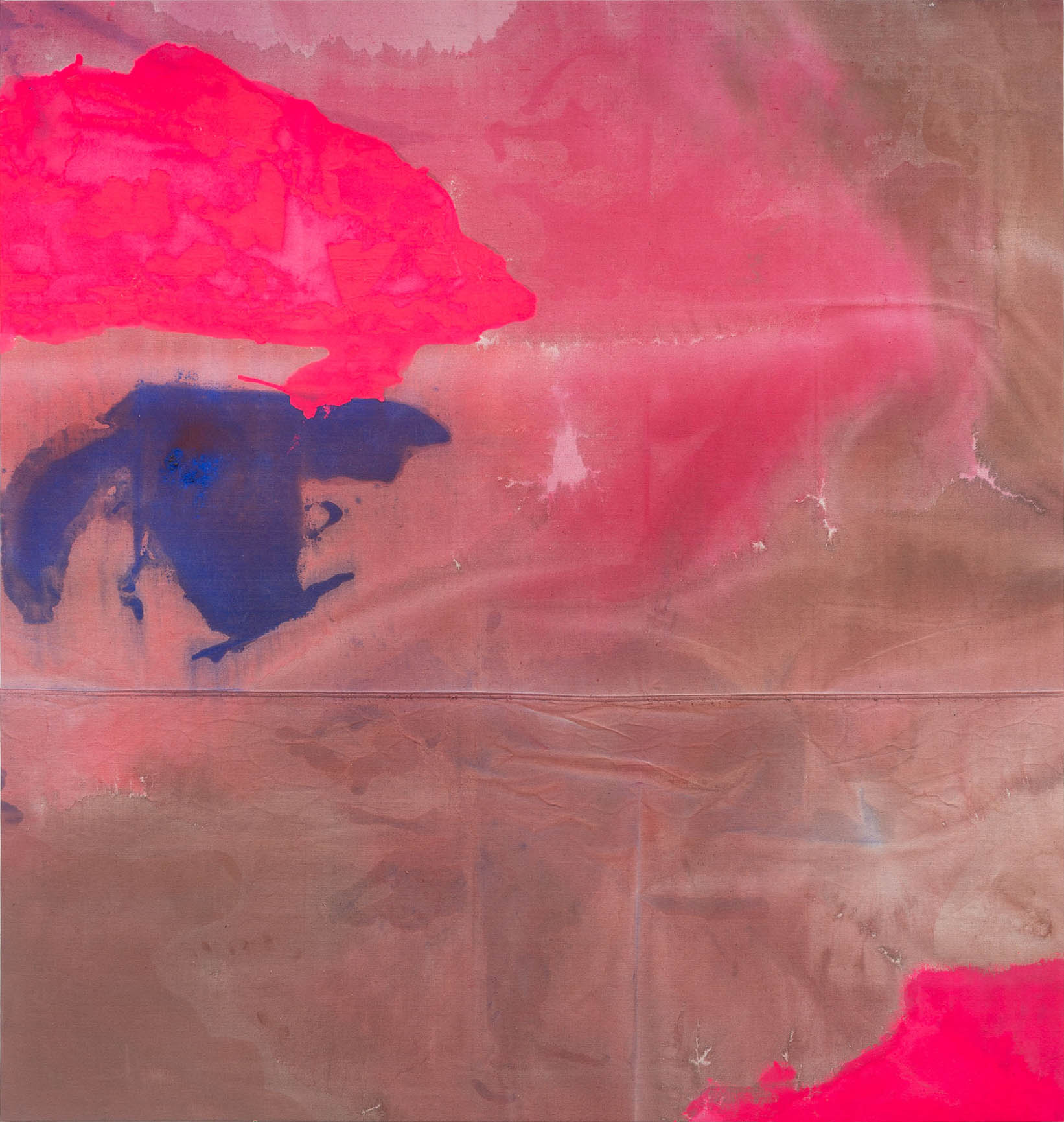 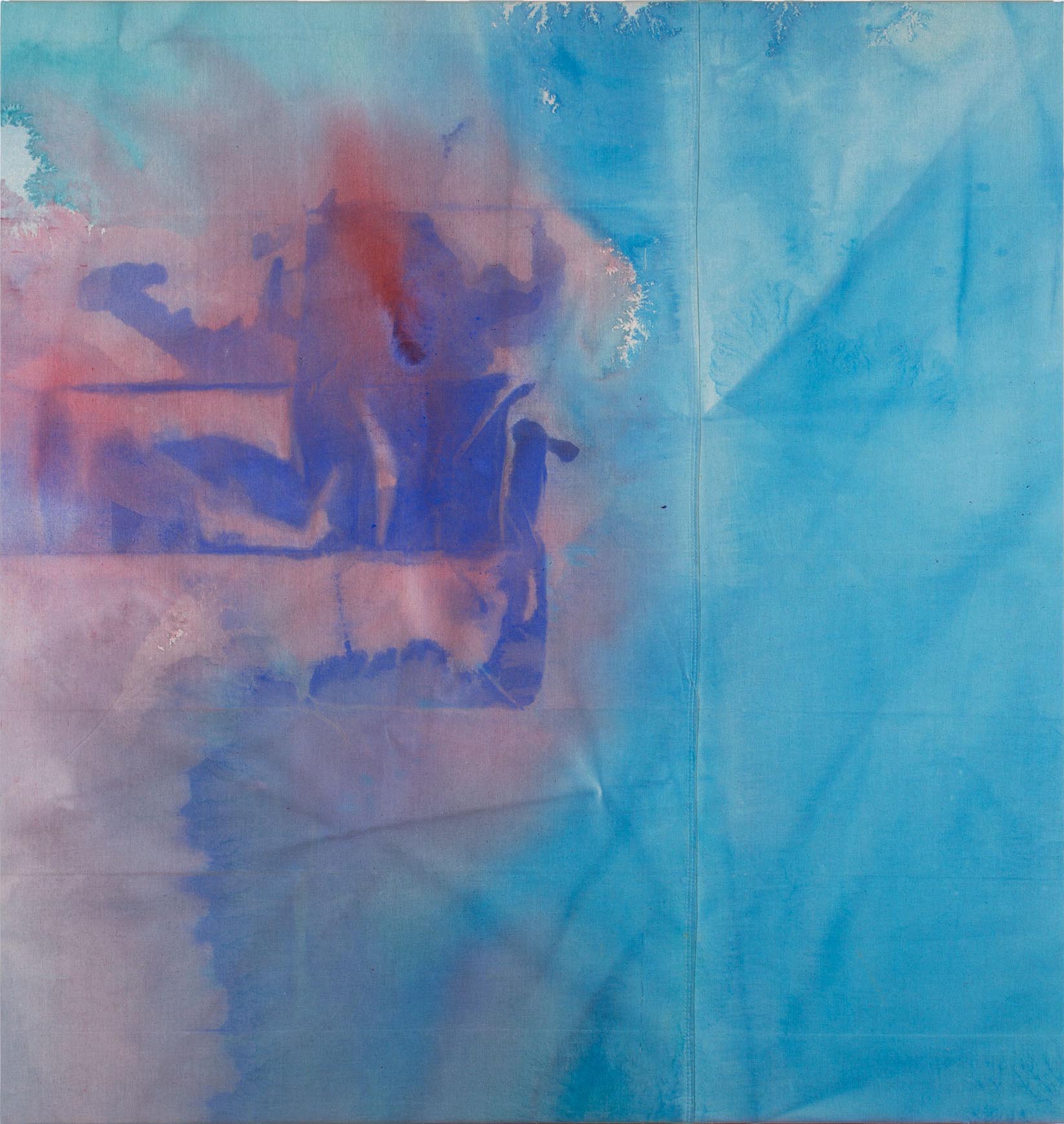 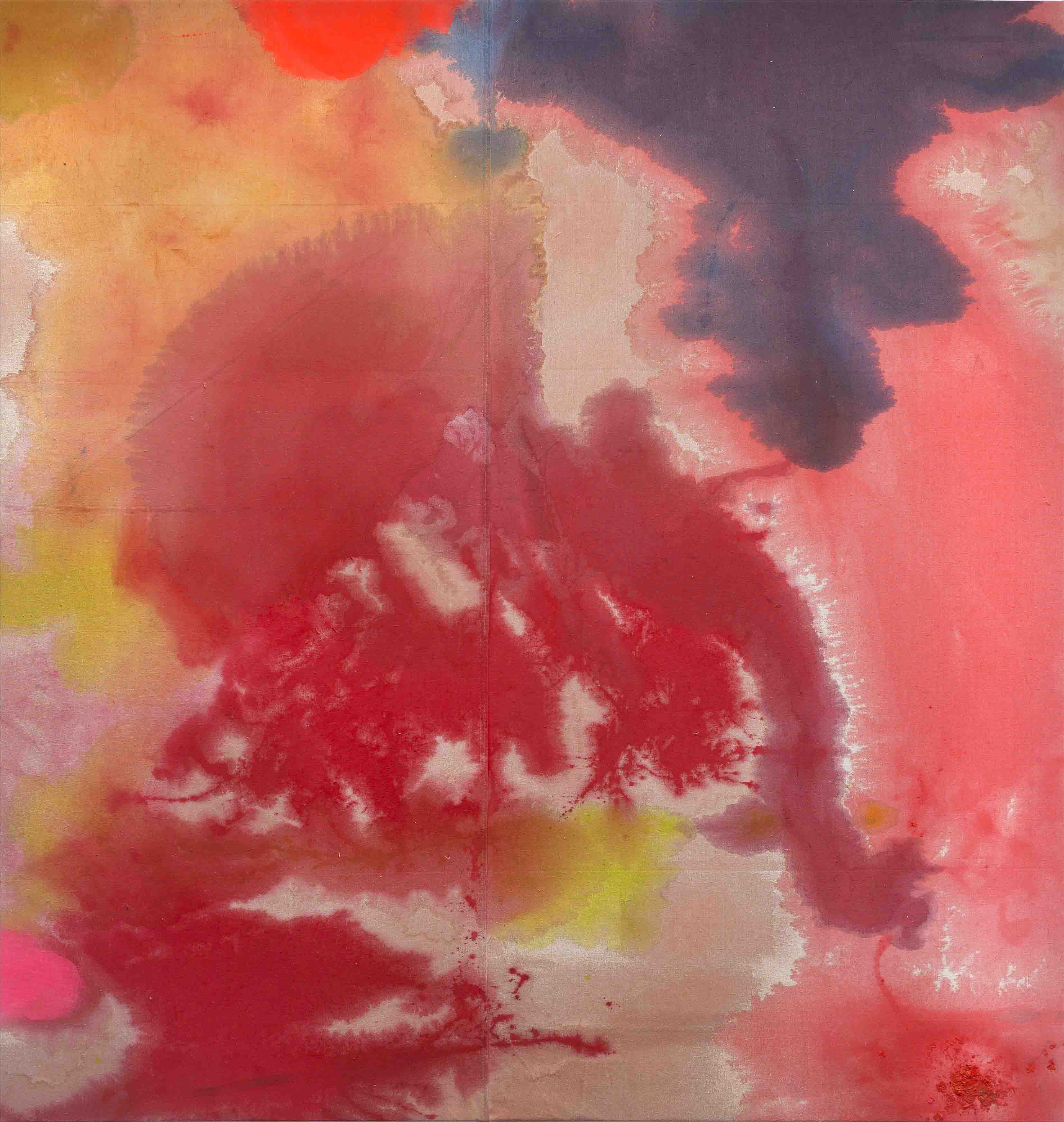 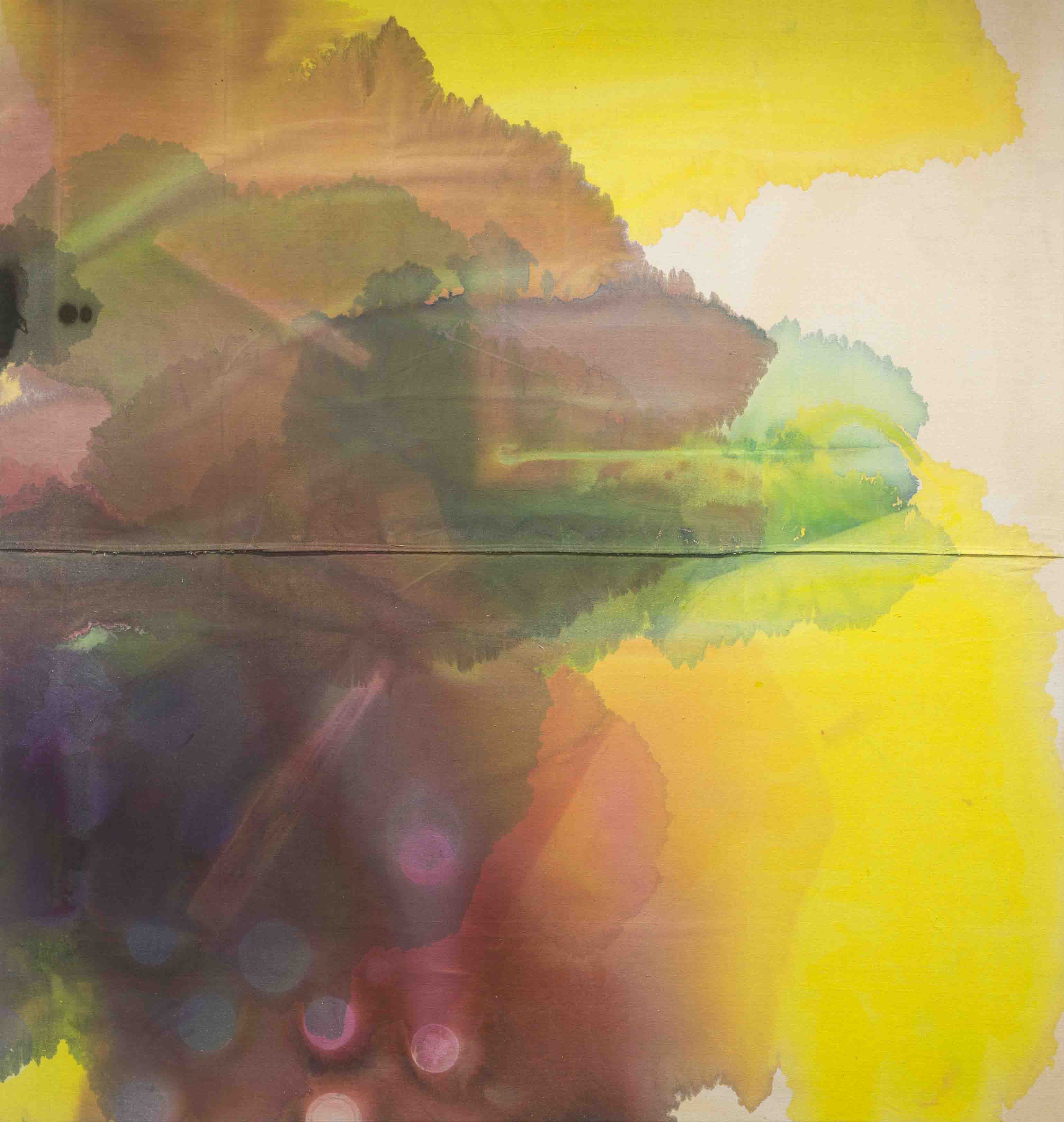 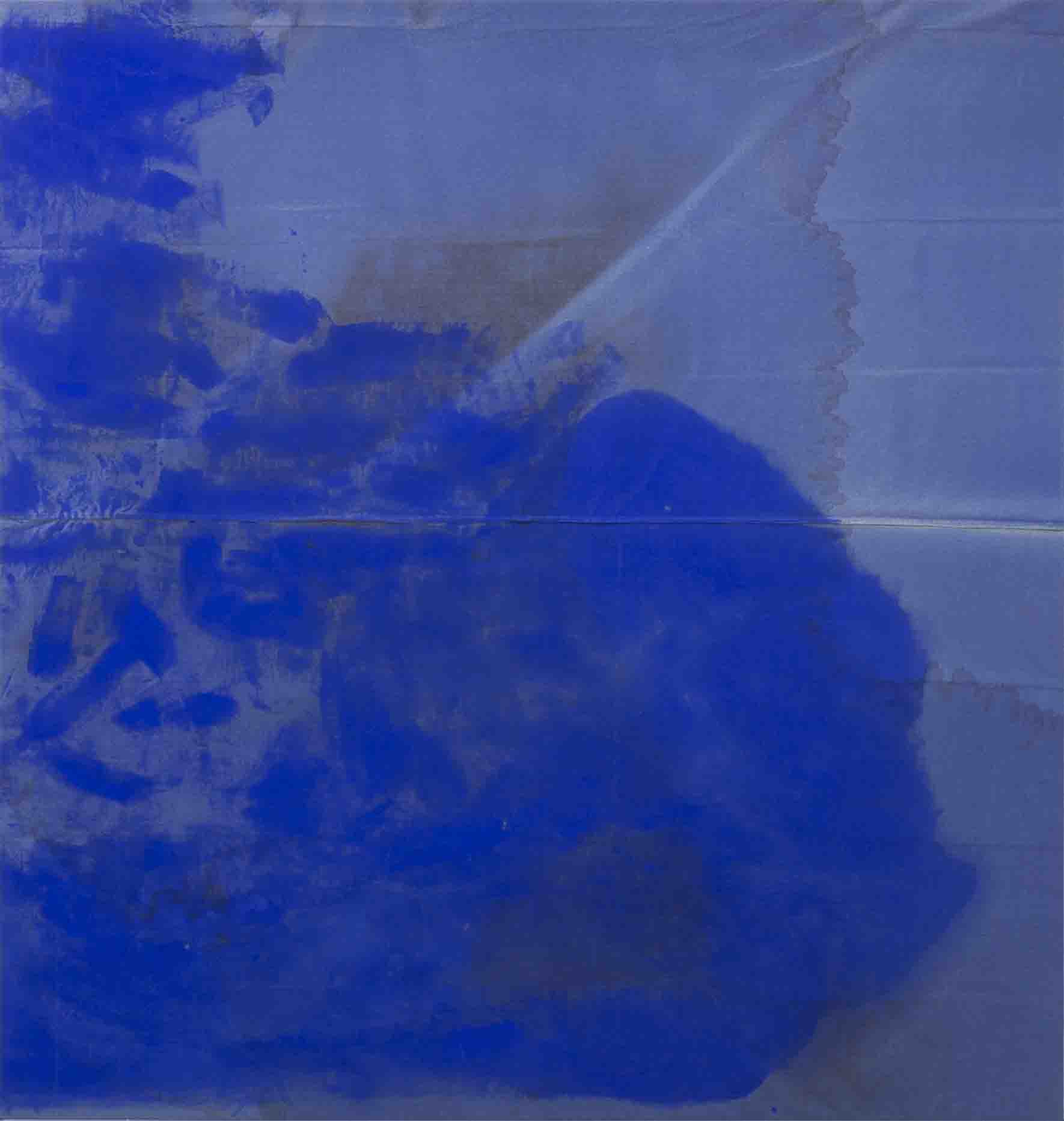 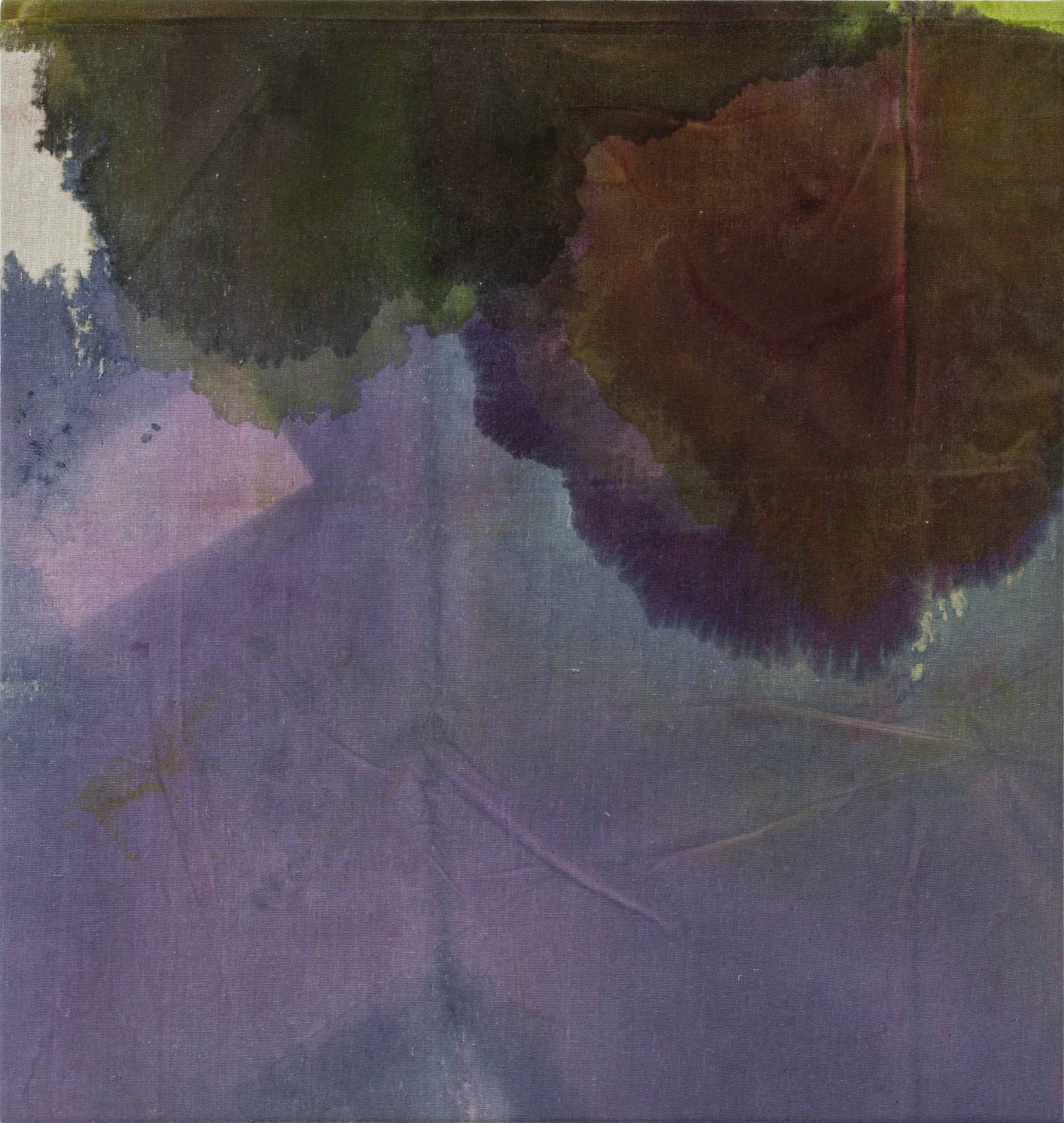 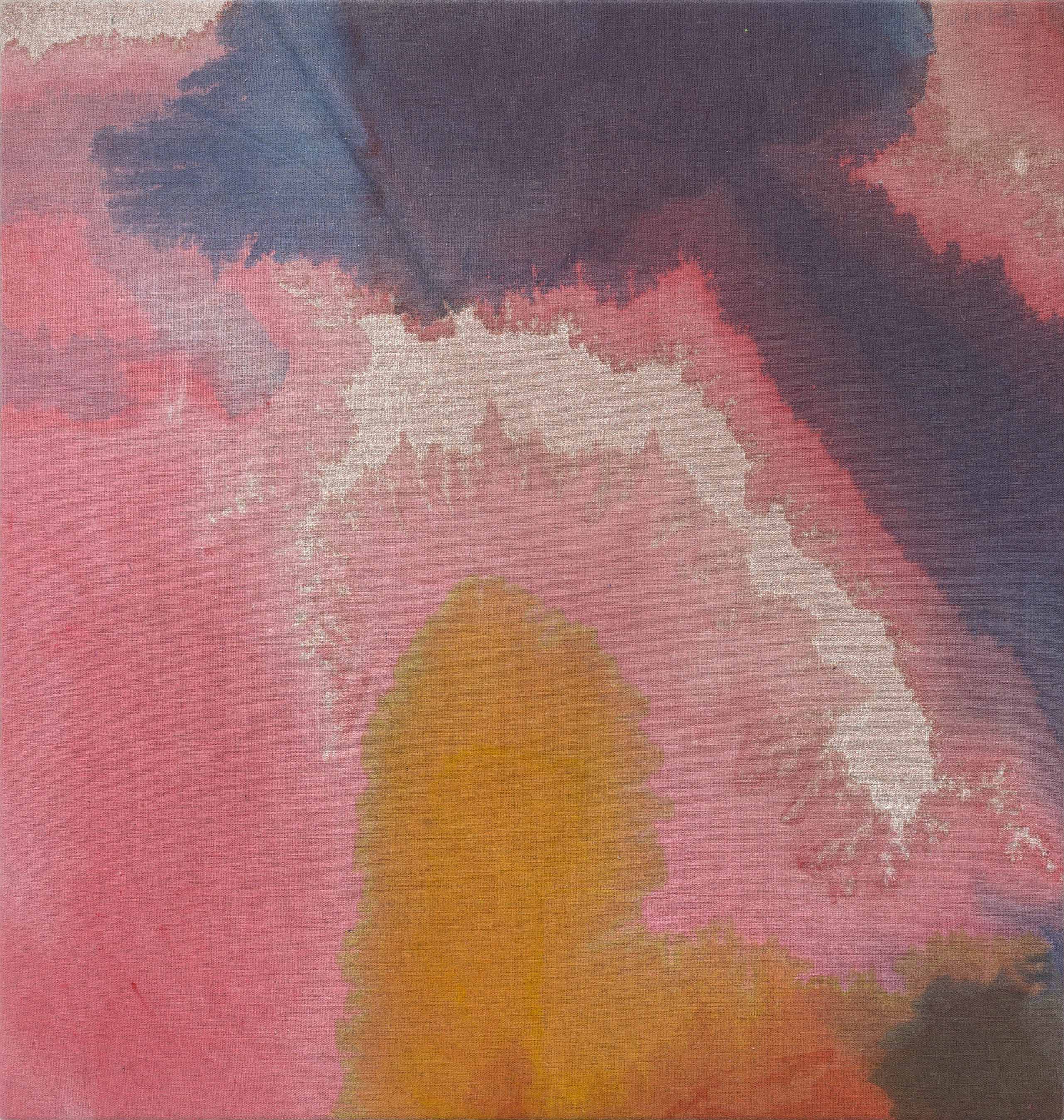 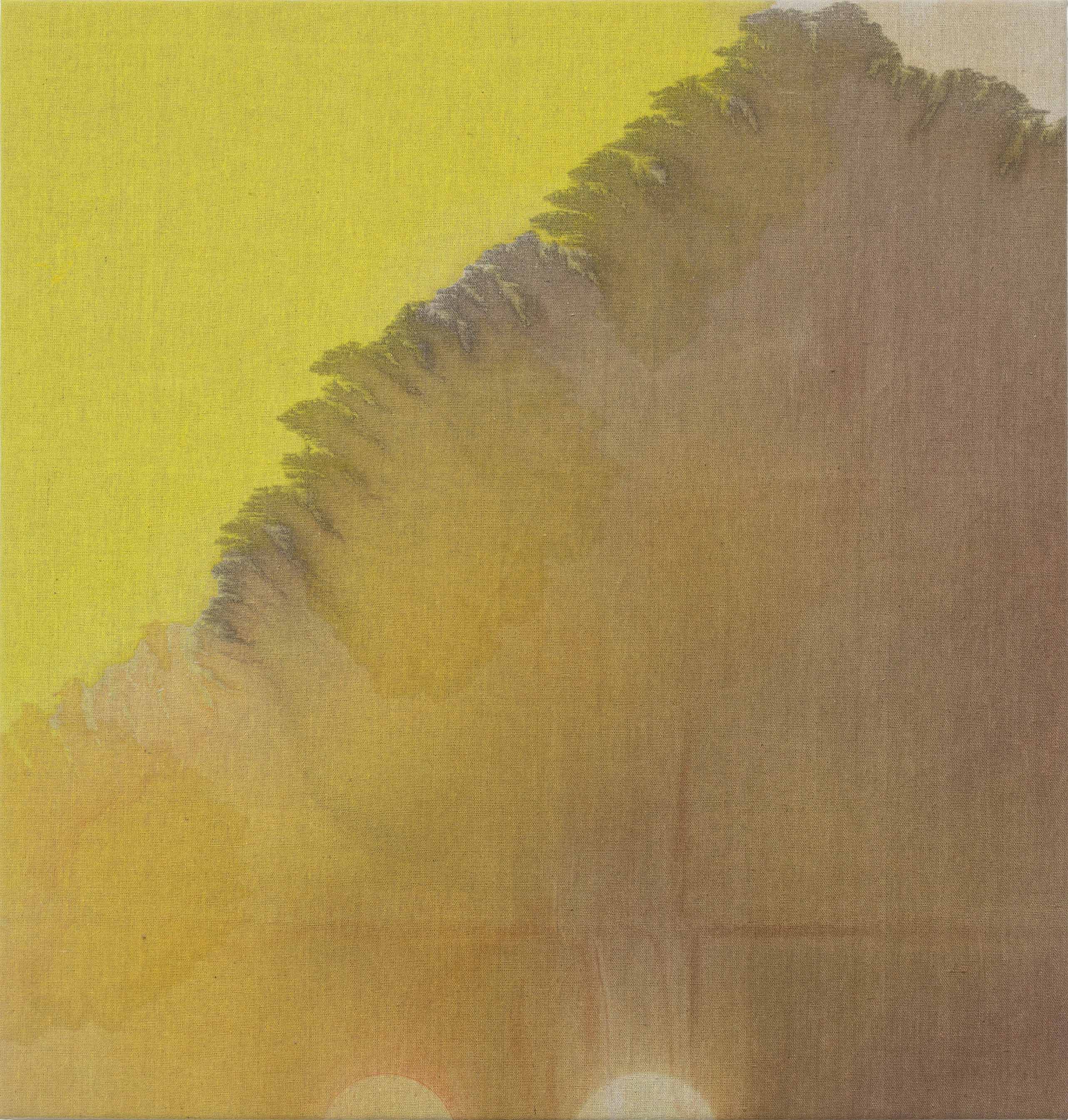 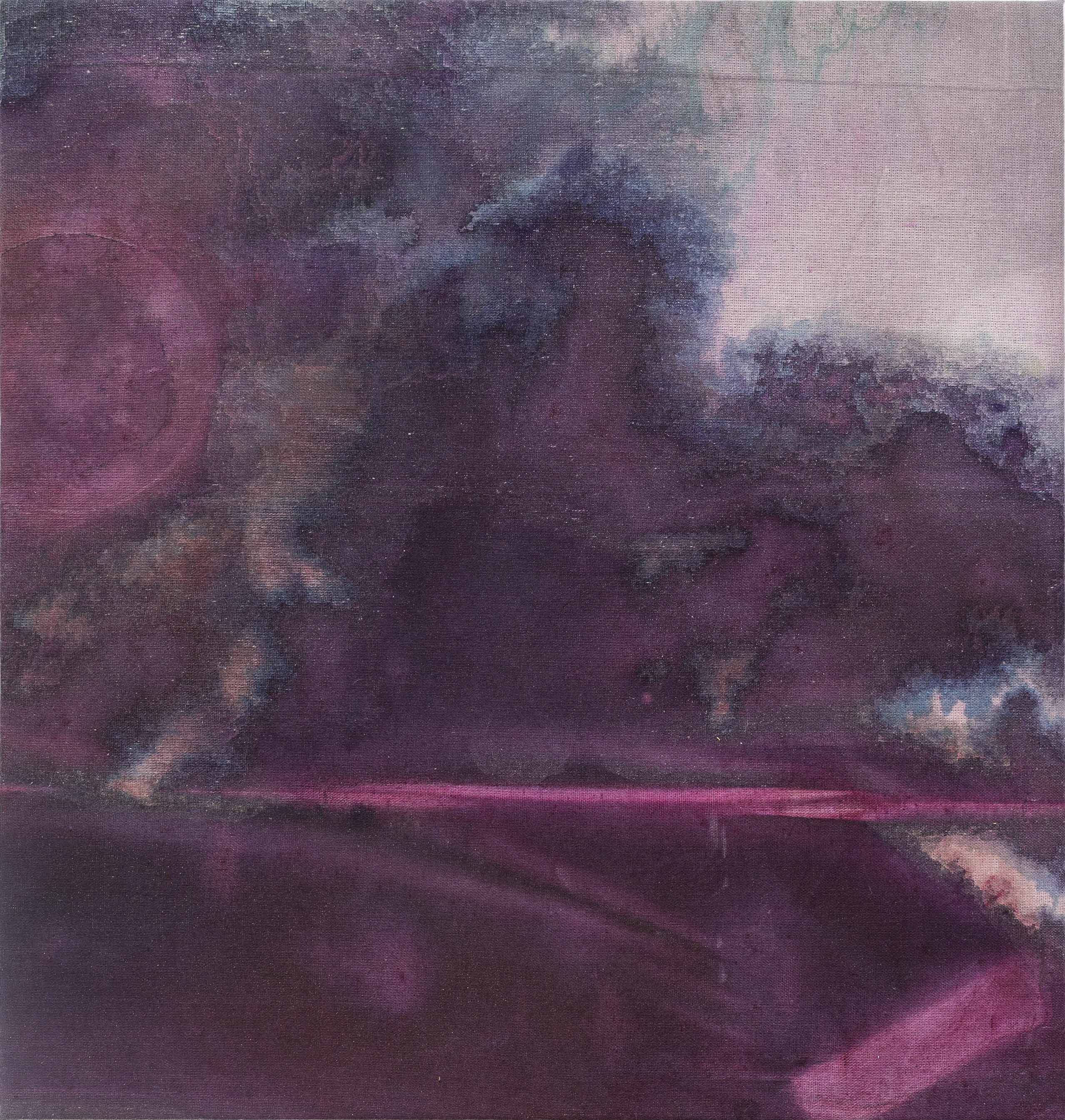 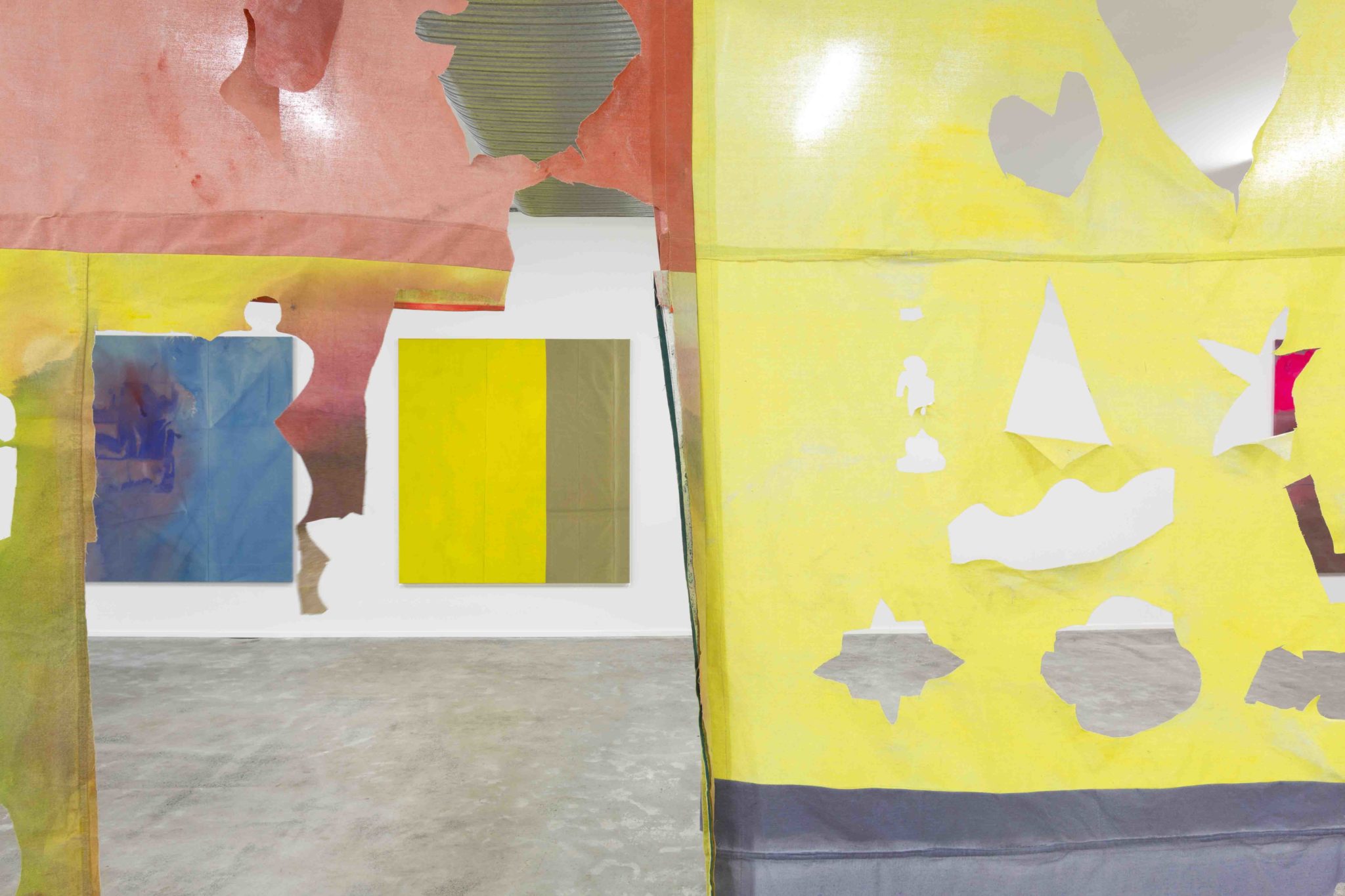 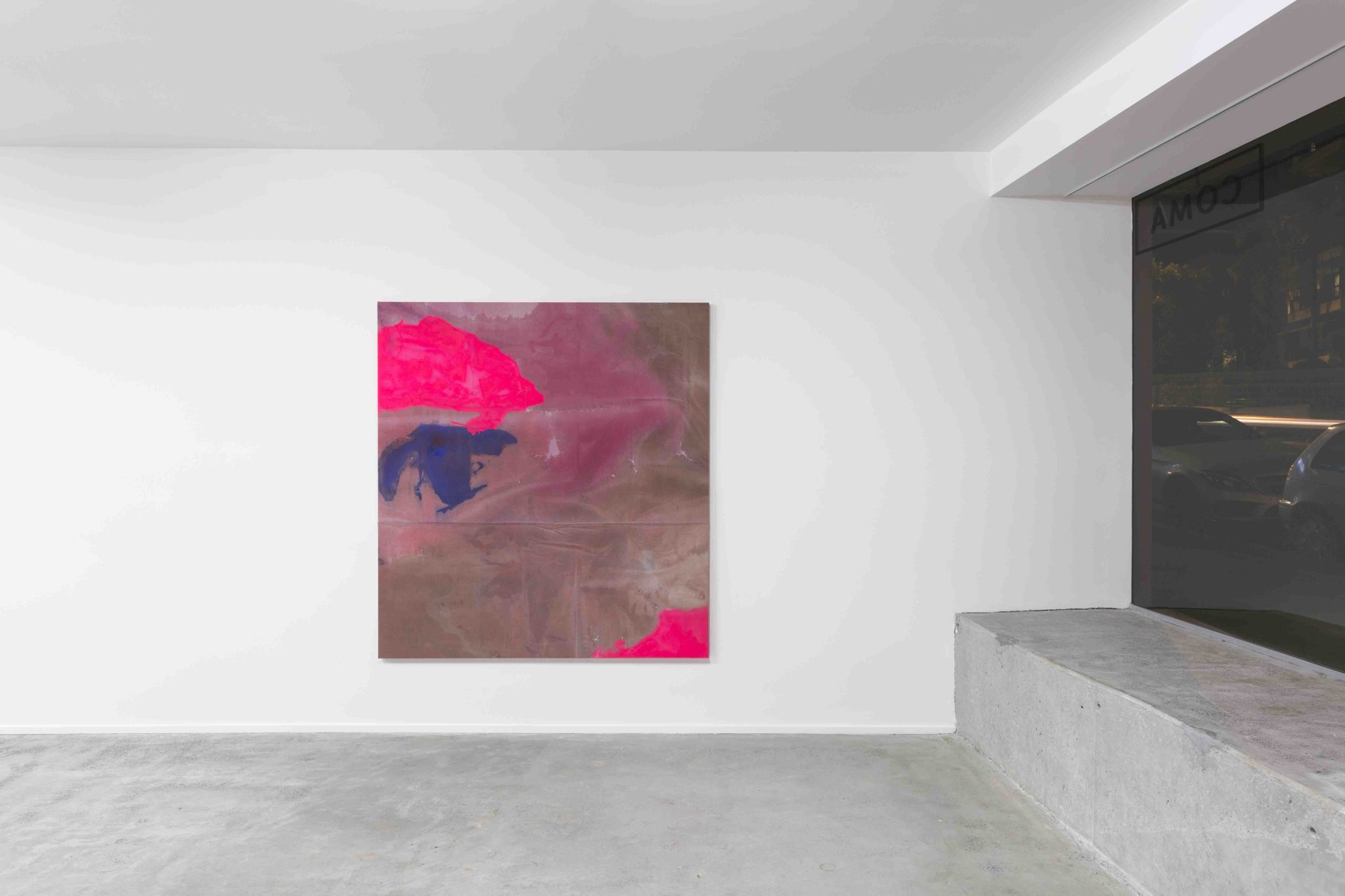 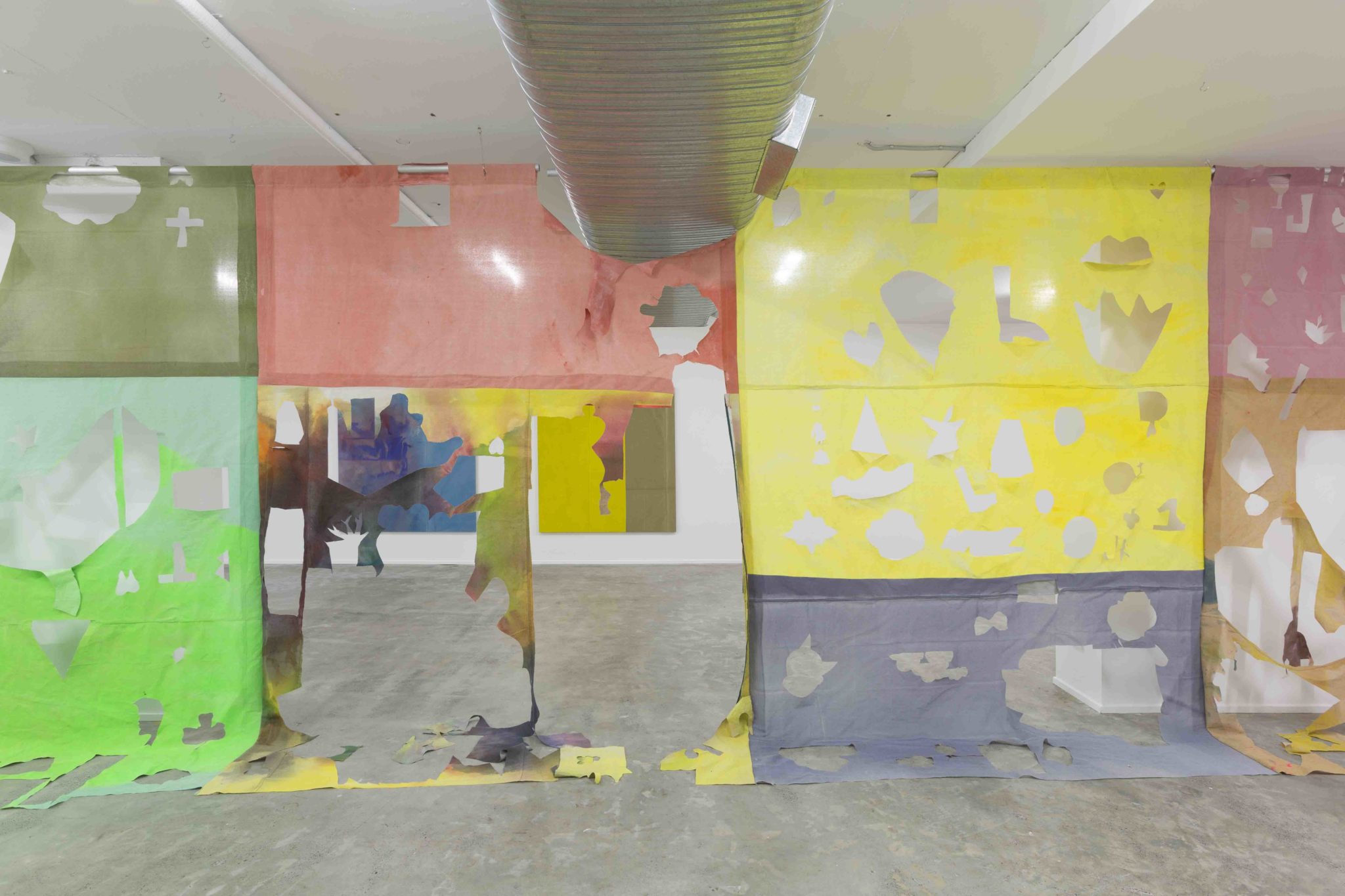 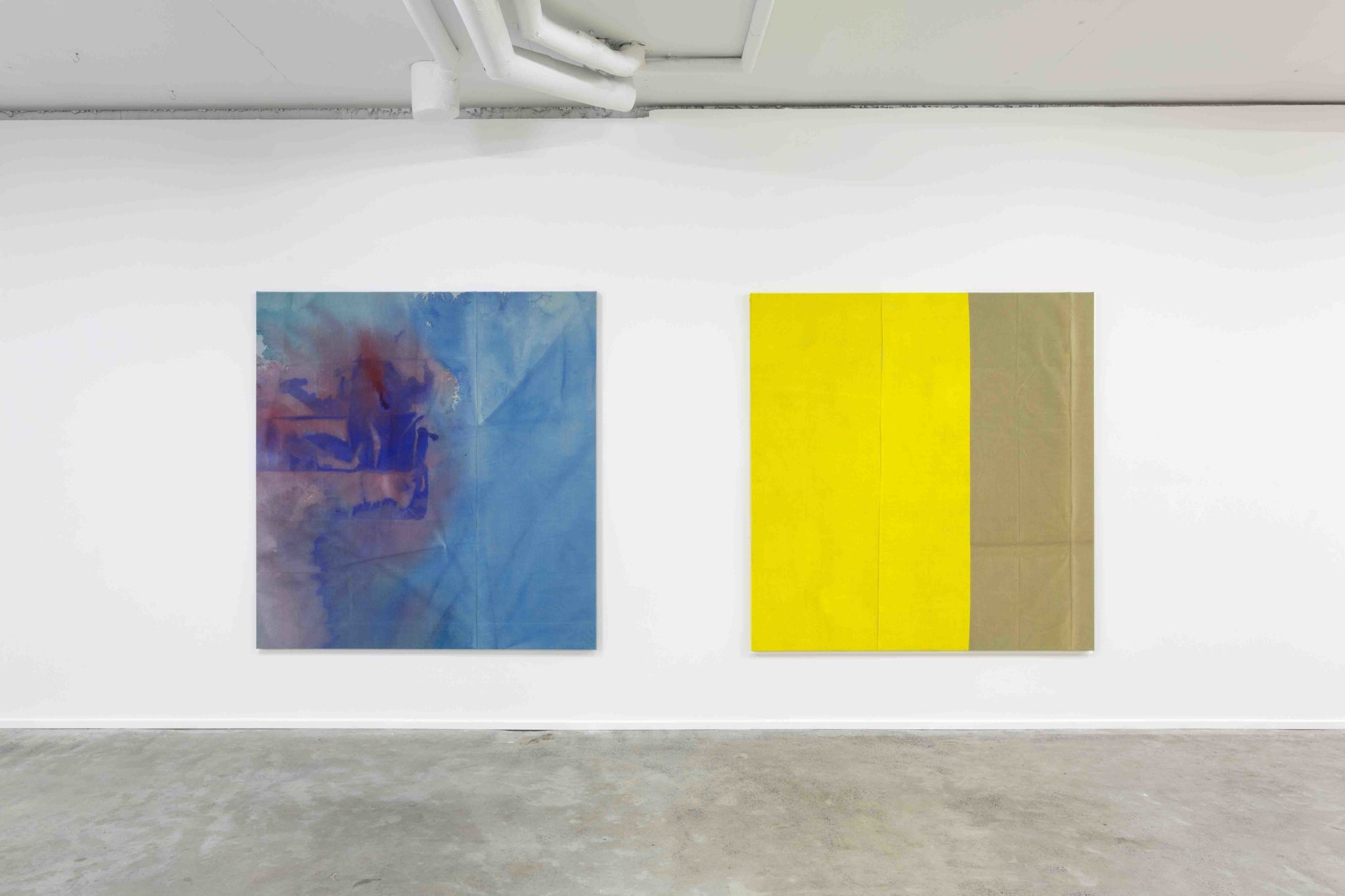 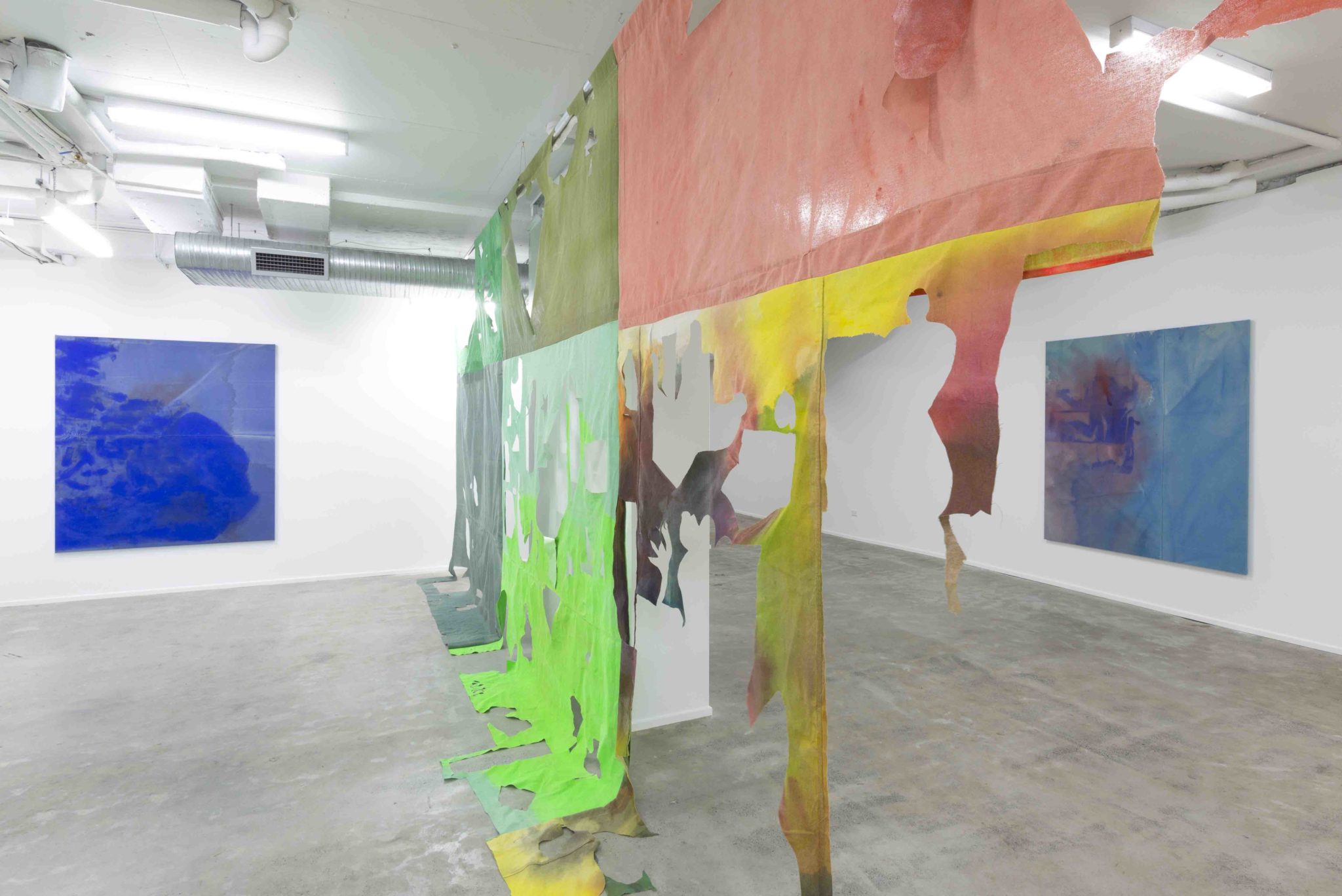 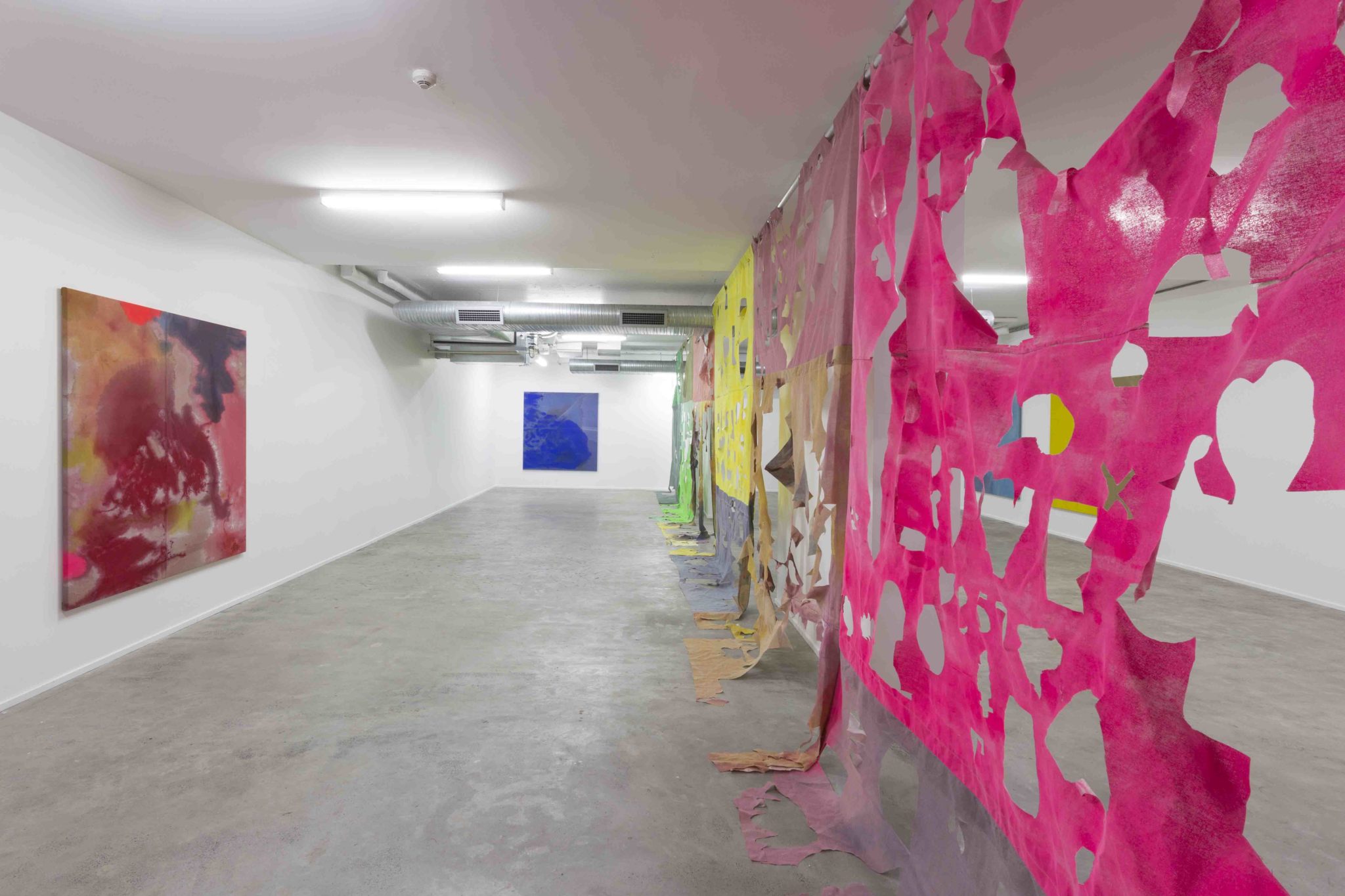 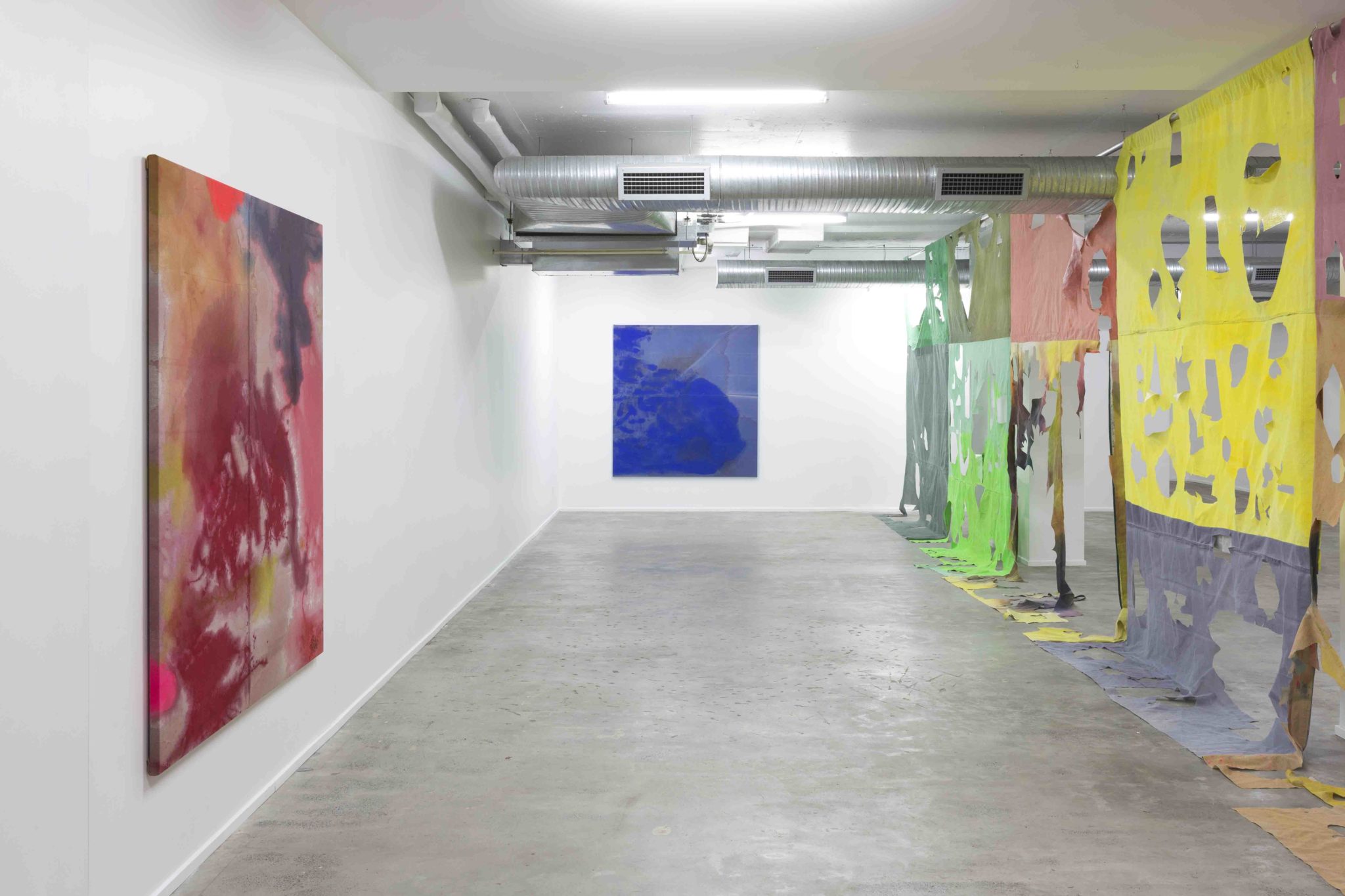 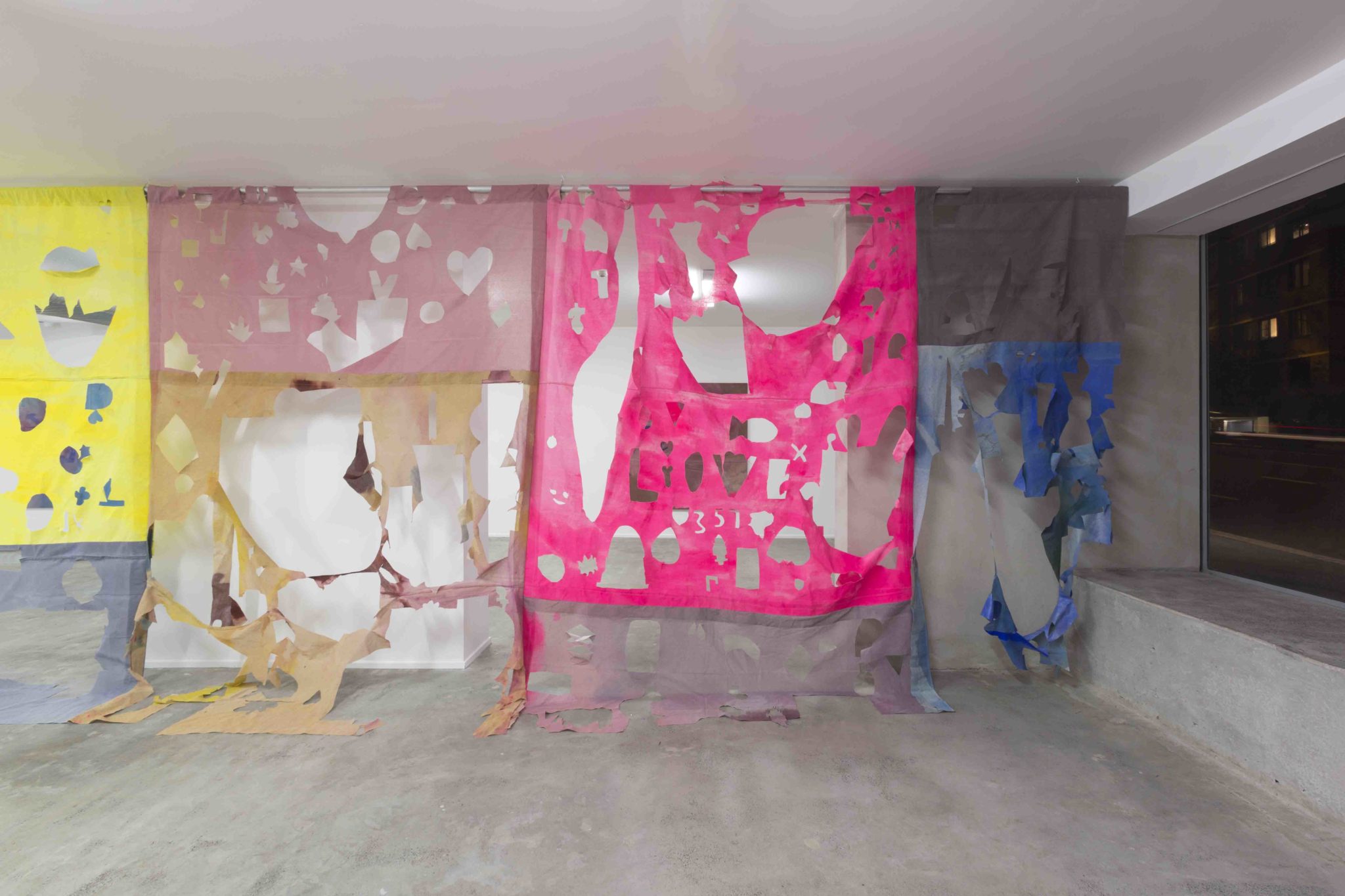 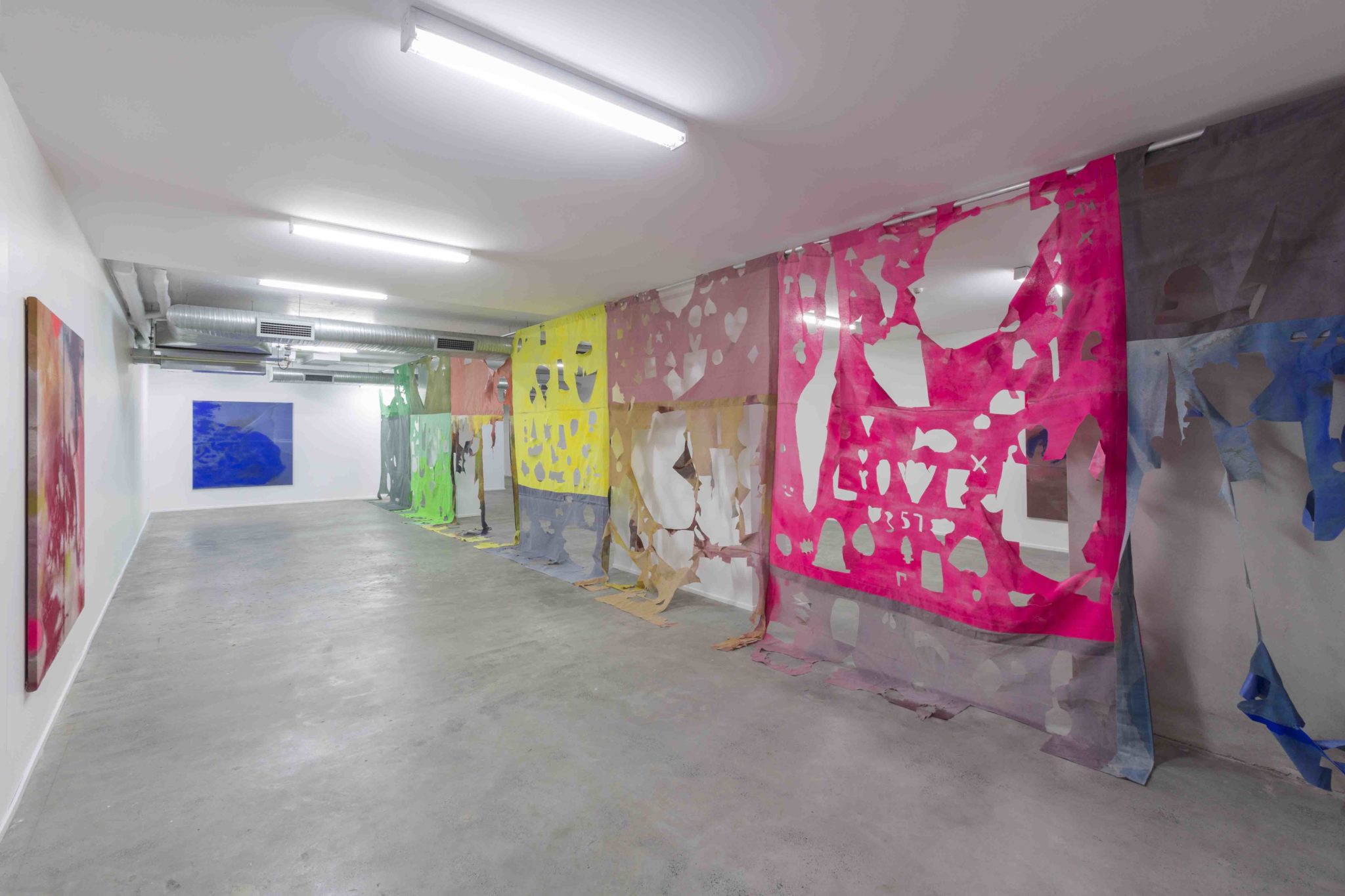 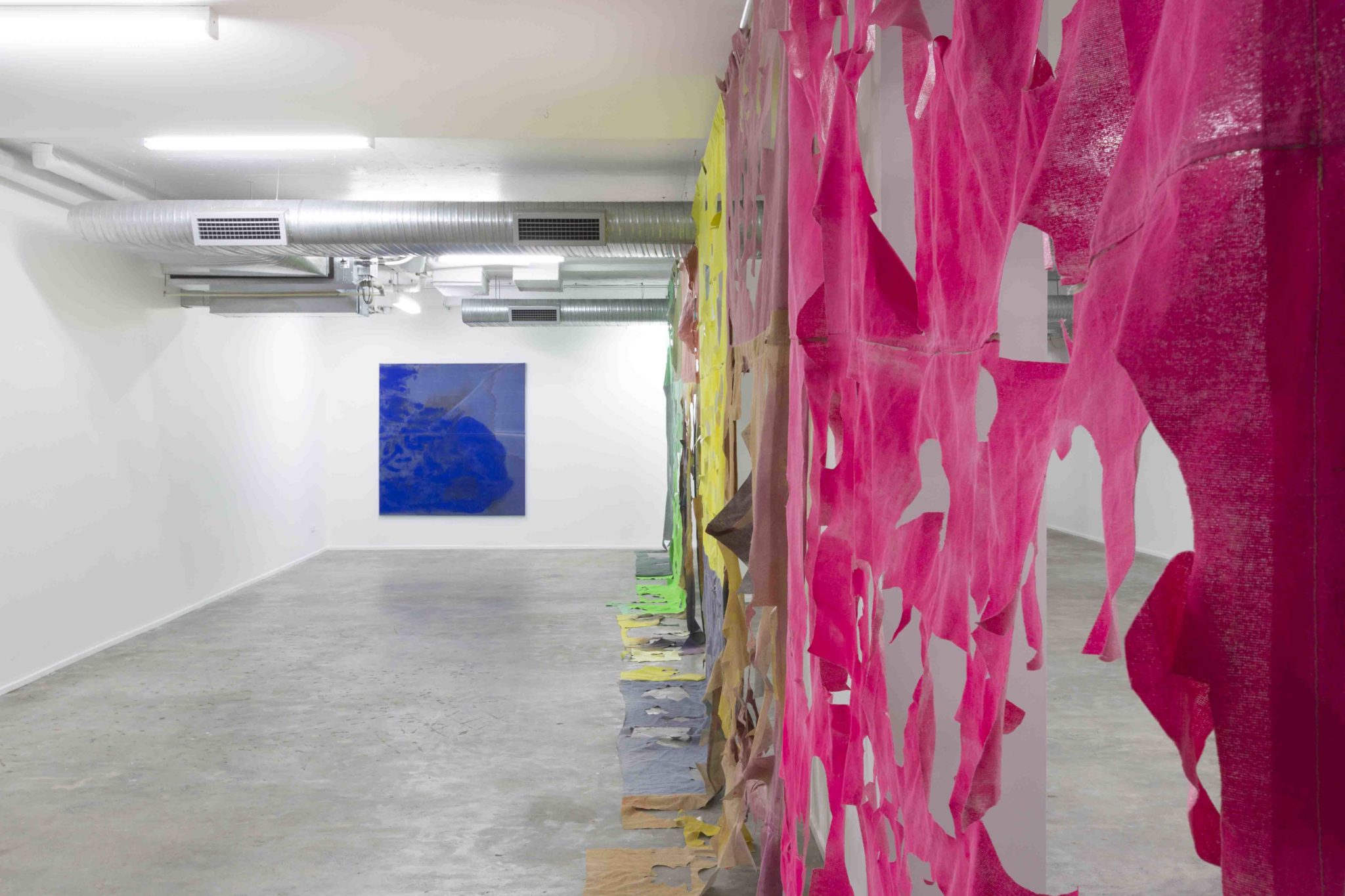 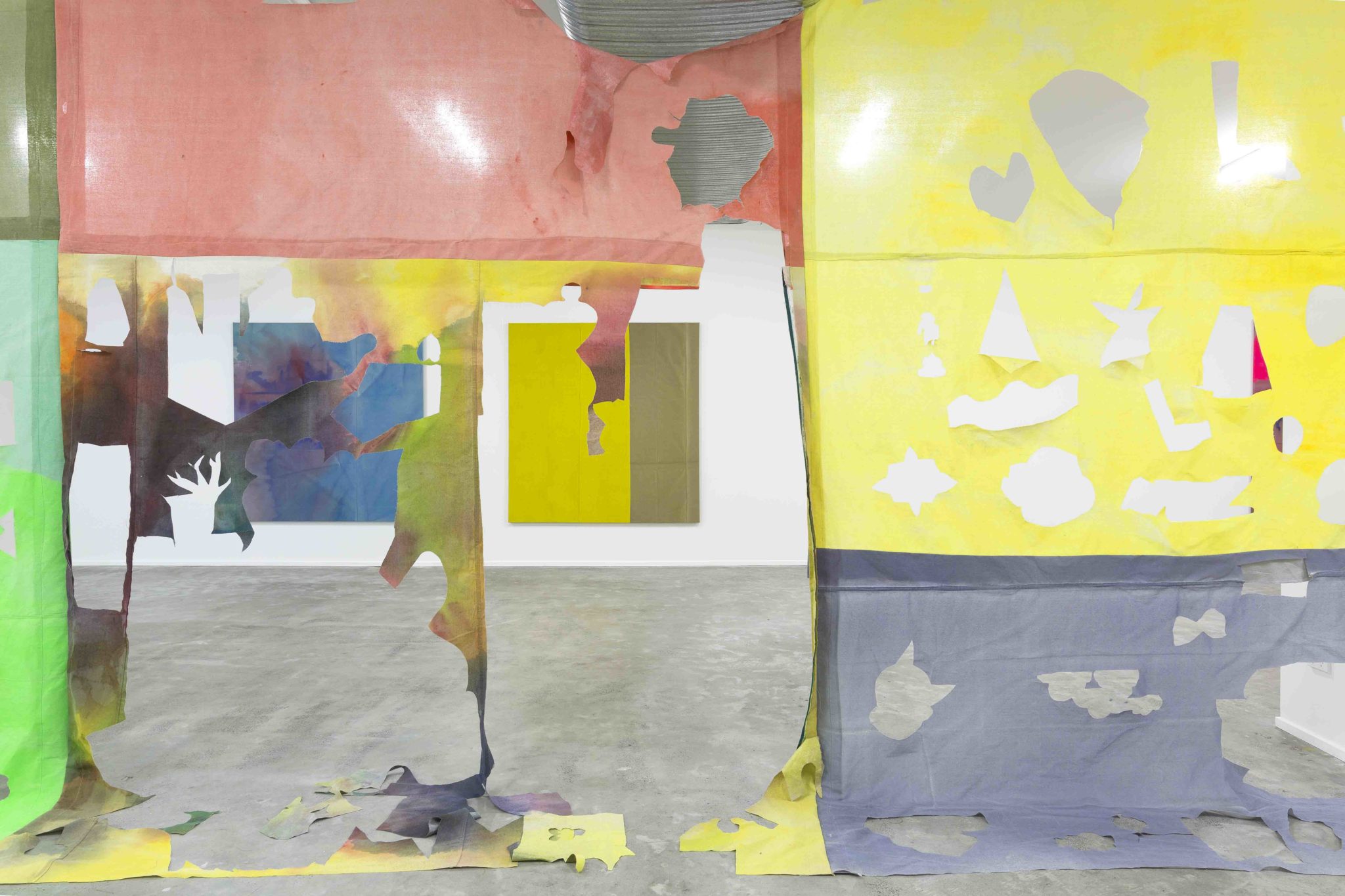 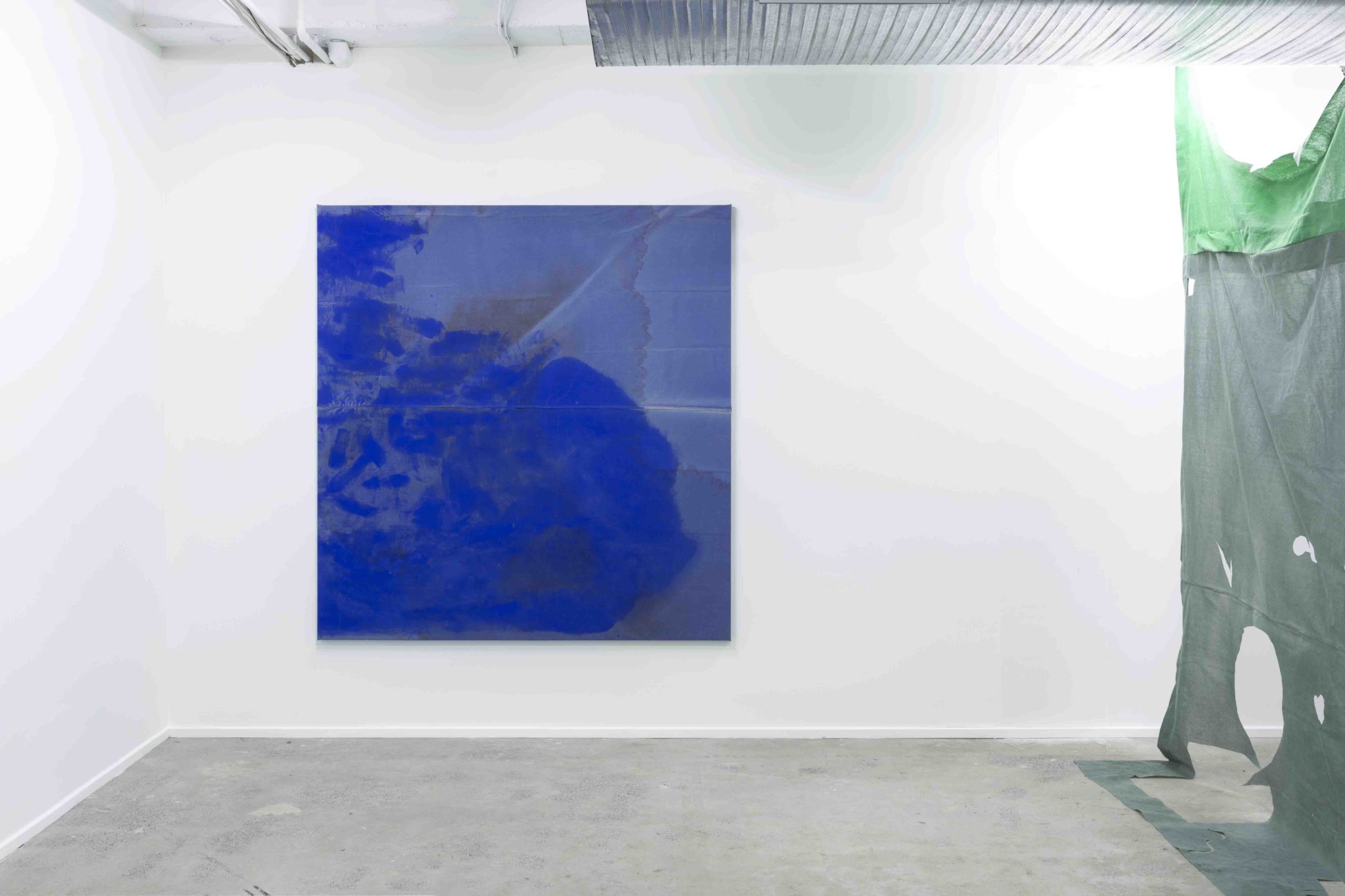 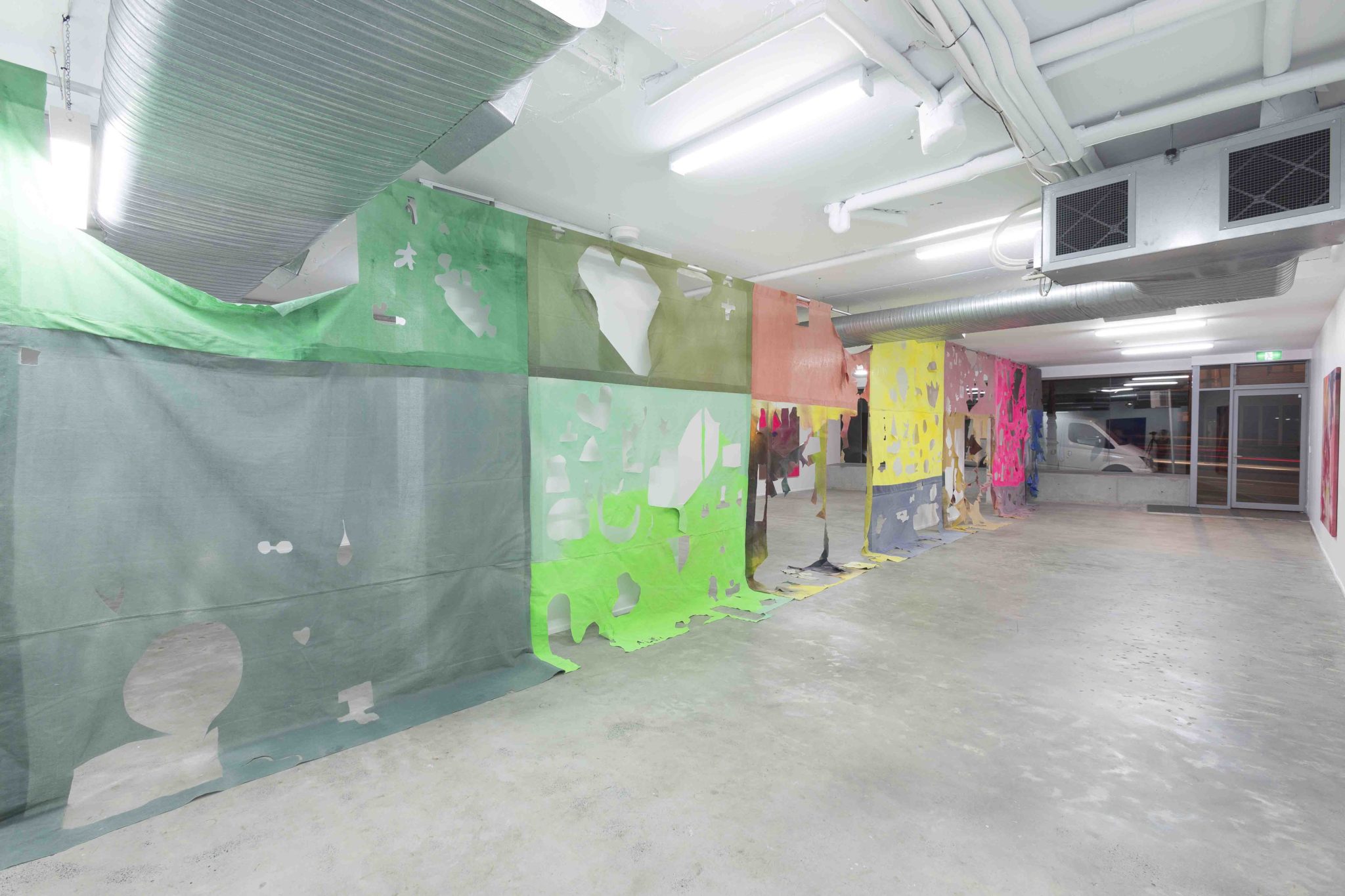 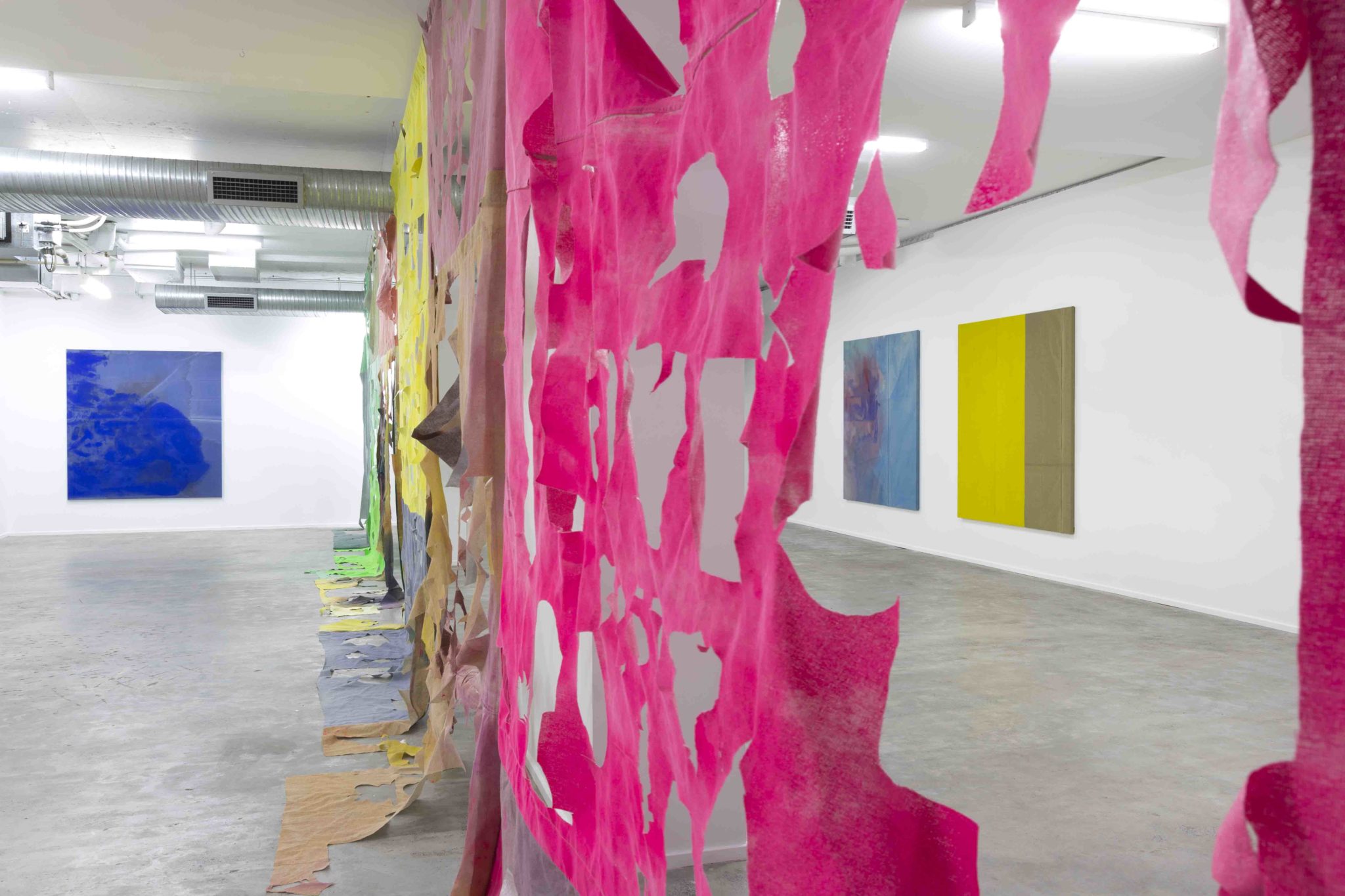 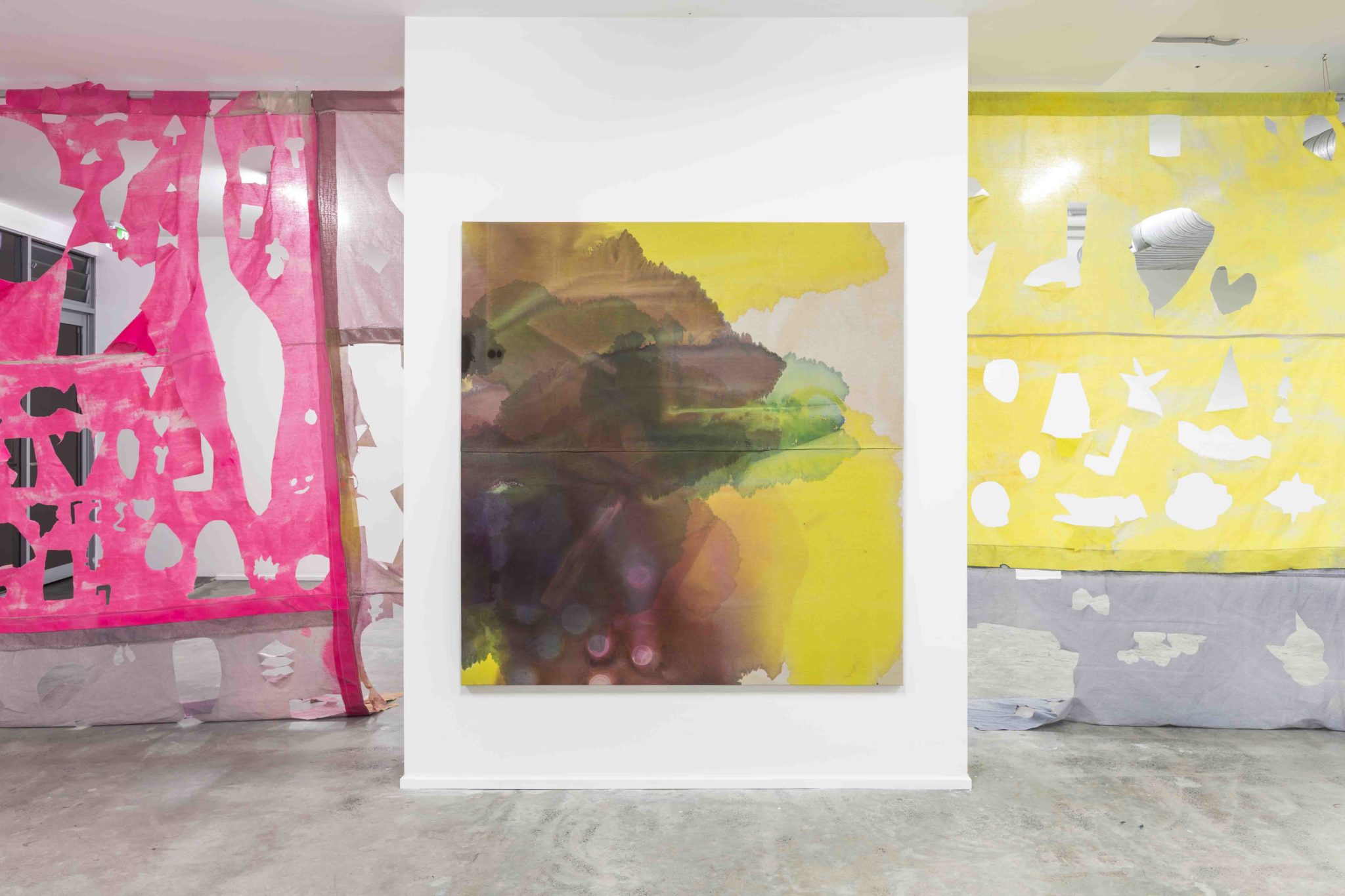 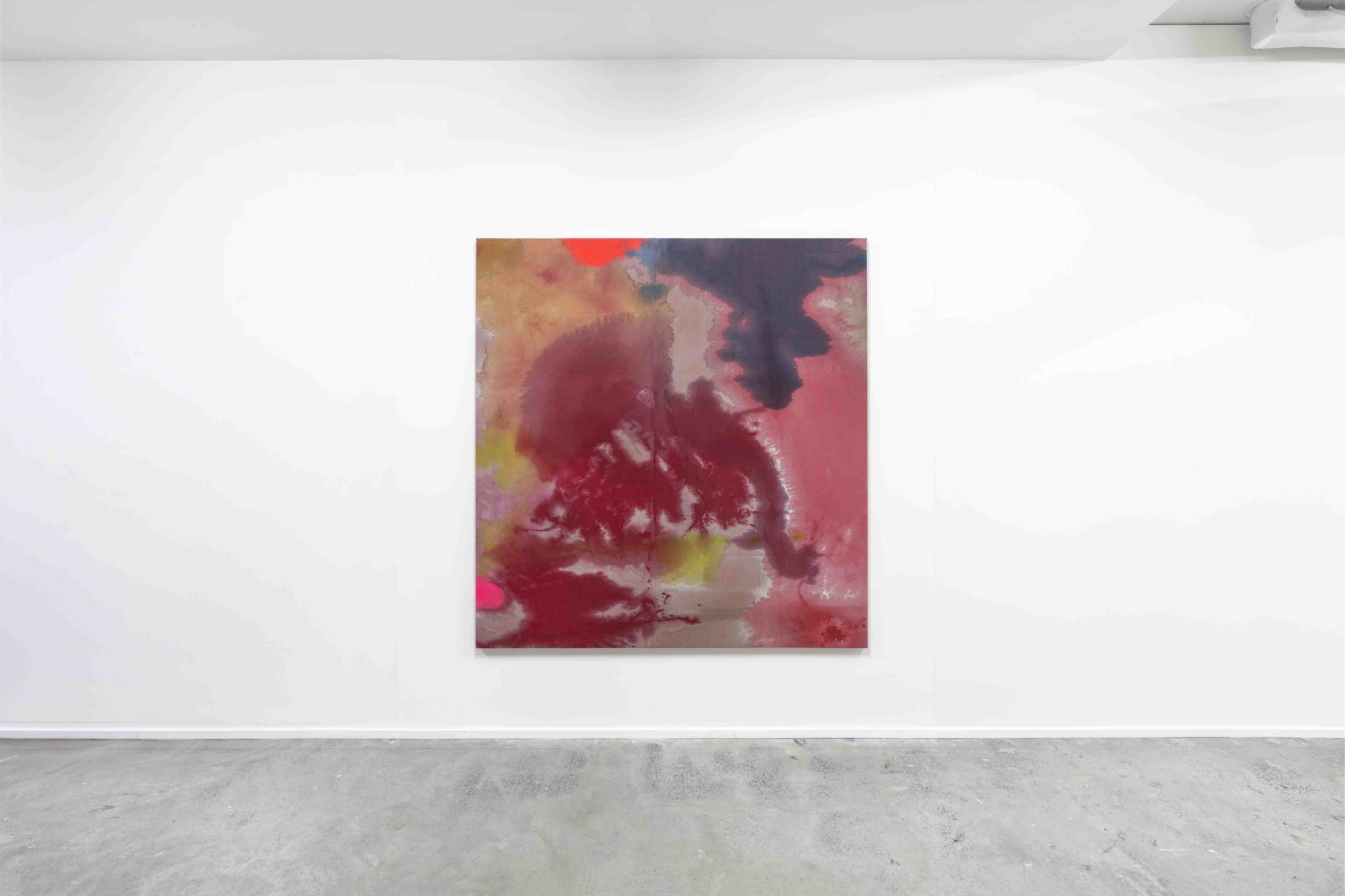 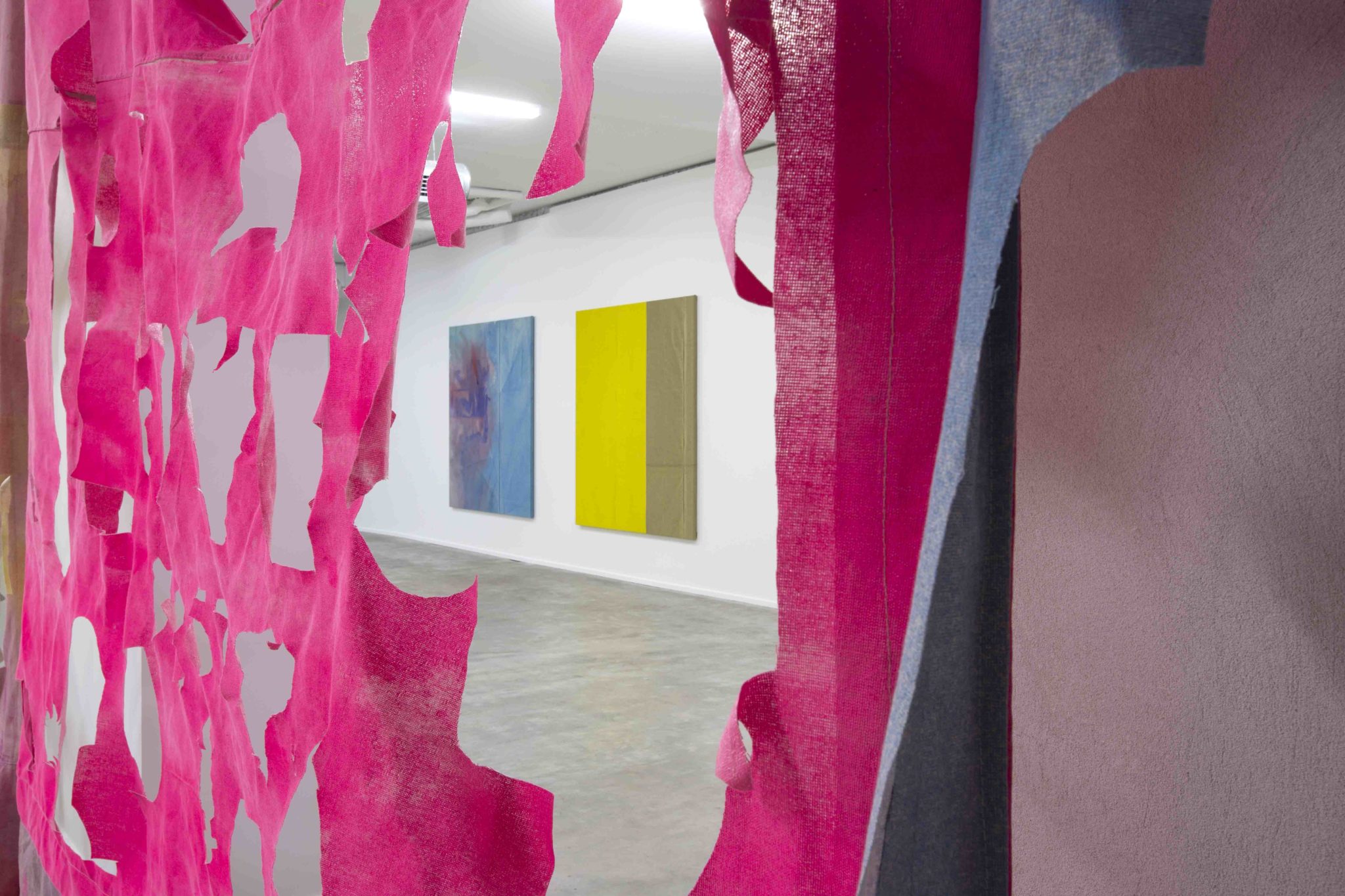 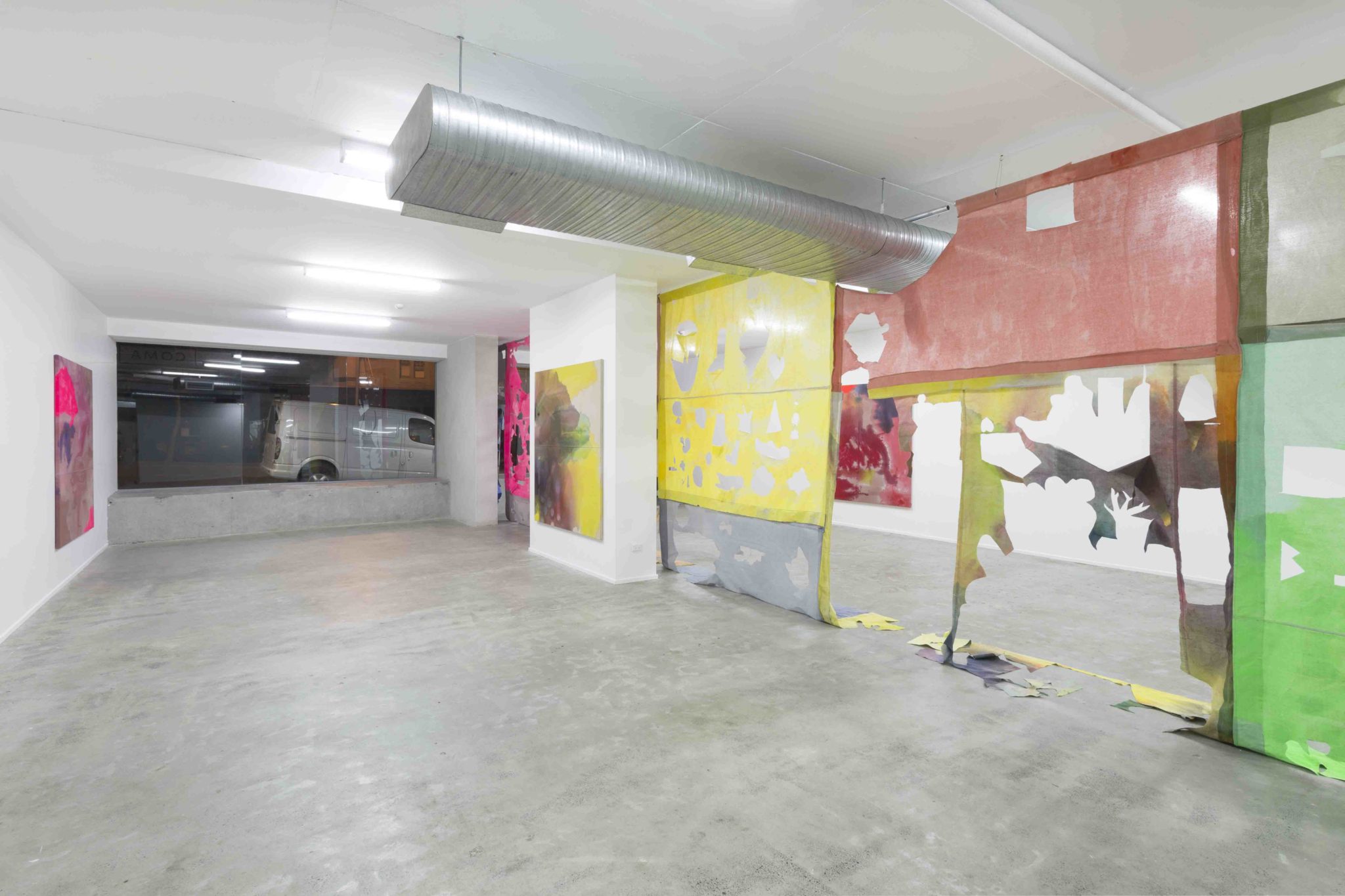