COMA is pleased to announce an exhibition of new work by Australian artist Jordan Azcune – his first solo presentation in Sydney and his first with the gallery – titled Fishers of men.

In Fishers of men Azcune uses colour, material and surface to draw comparisons to religious offerings such as the lighting and melting of pure bees wax candles (in some traditions), windows/portals and his own experience.

Raised as a Jehovah’s Witness and growing up queer, his approach to art making begins with a fluency in biblical theory and uses related visual cues of the 20th century to reconsider histories which map the conflicting intersection of emotion, spirituality and monumentality.

Azcune uses both ancient and contemporary techniques in creating these pieces and through this actions an ongoing personal attempt to express faith visually from his own perspective. The works can be seen to channel optical cues such as archways, stained glass windows and other religious architecture.

The title itself, Fishers of men, relates to Matthew 4:19 in that it references fishing in a spiritual sense of the word that the Jehovah’s Witnesses believe to be their devoted ministry work. Azcune creates a not-so-veiled second meaning here with the implication of the homoerotic nature of the sexual hunt of man by man. 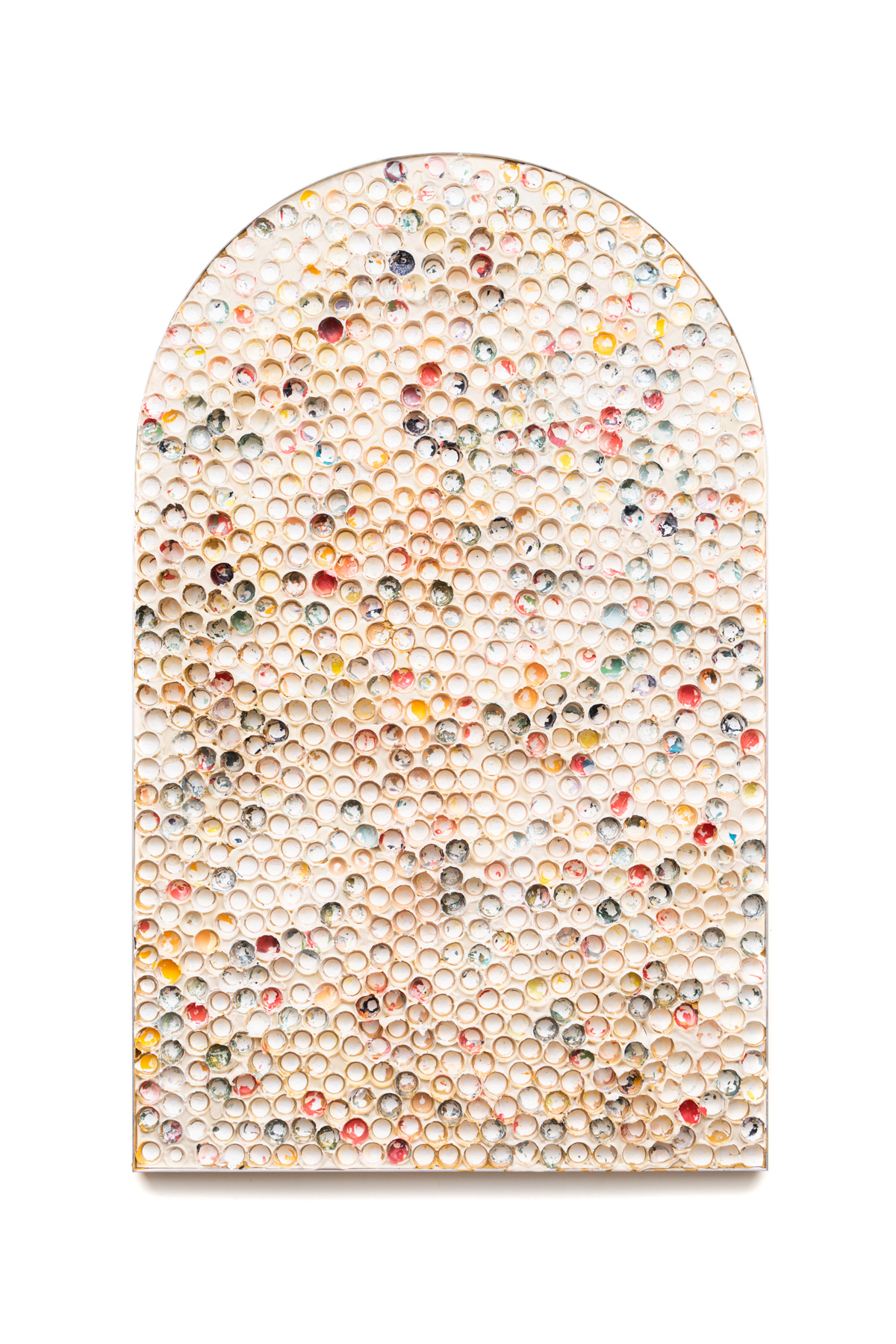 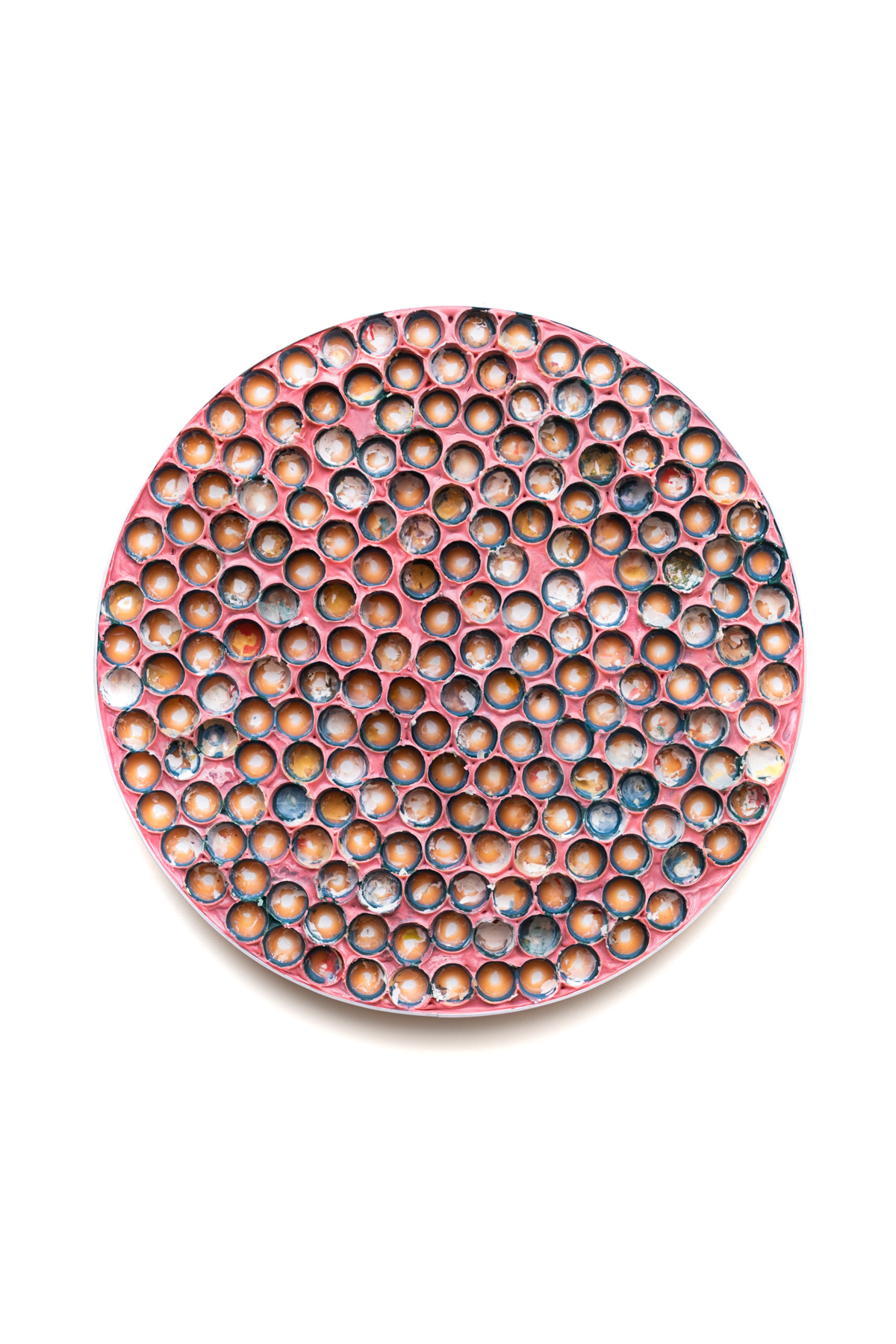 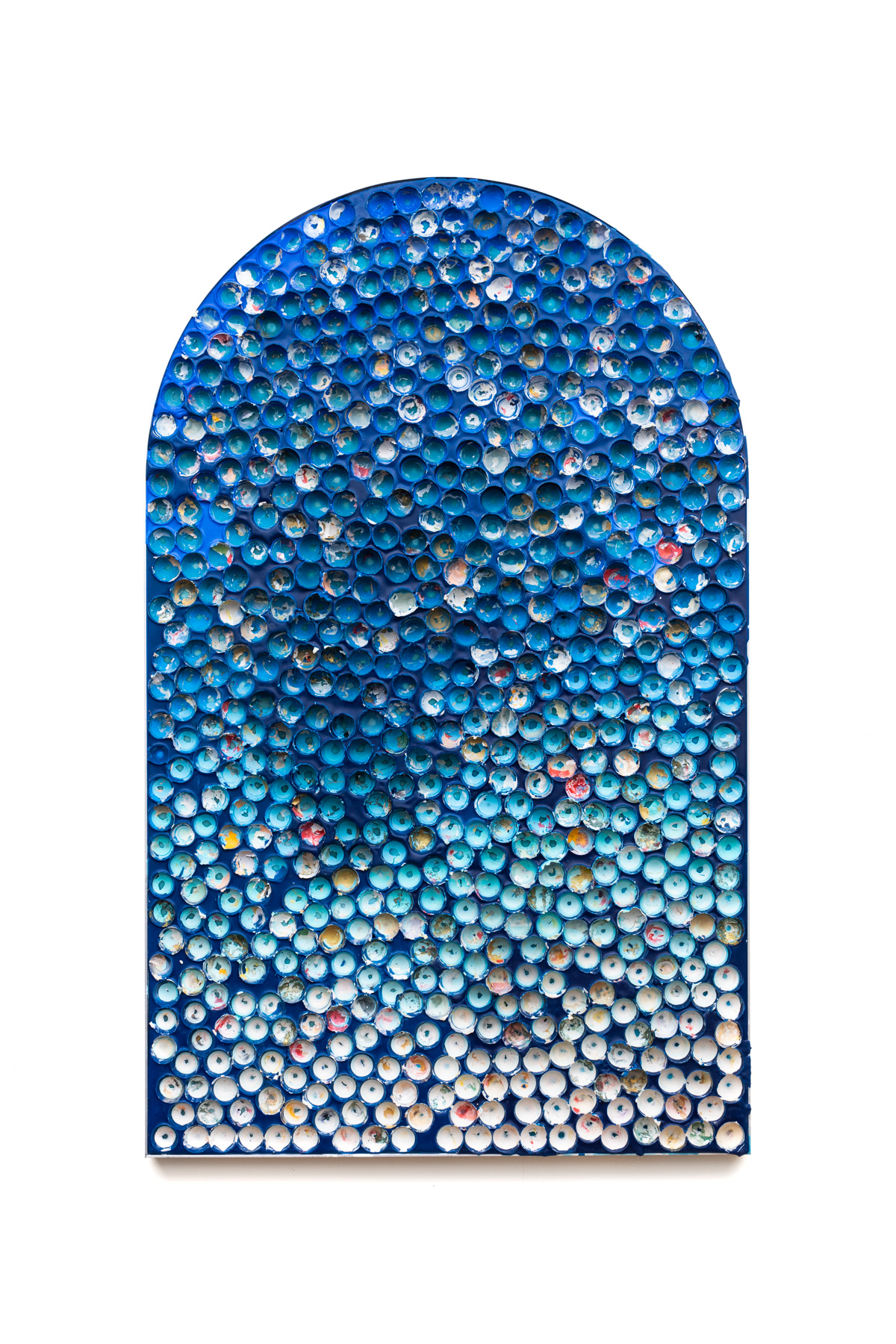 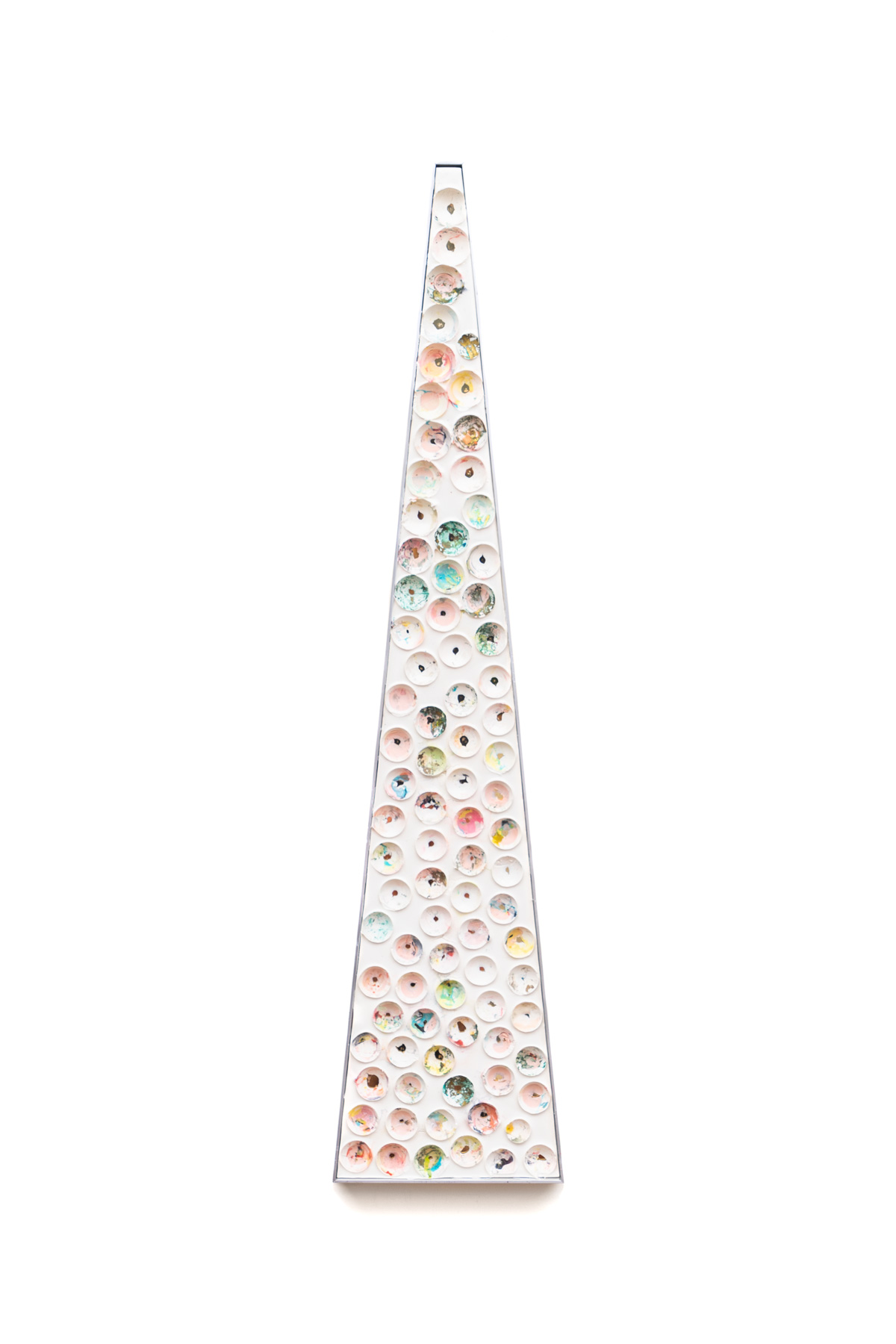 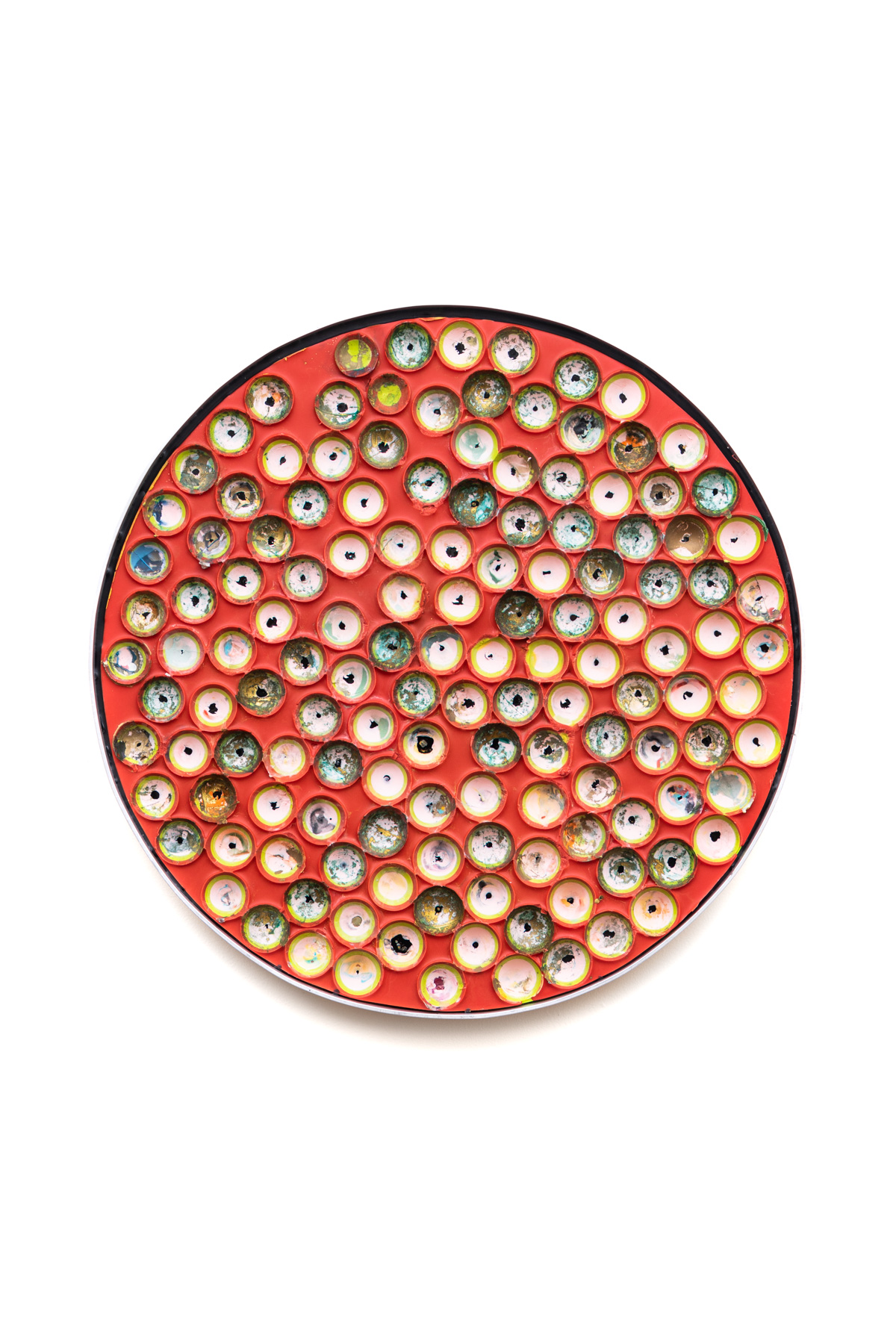 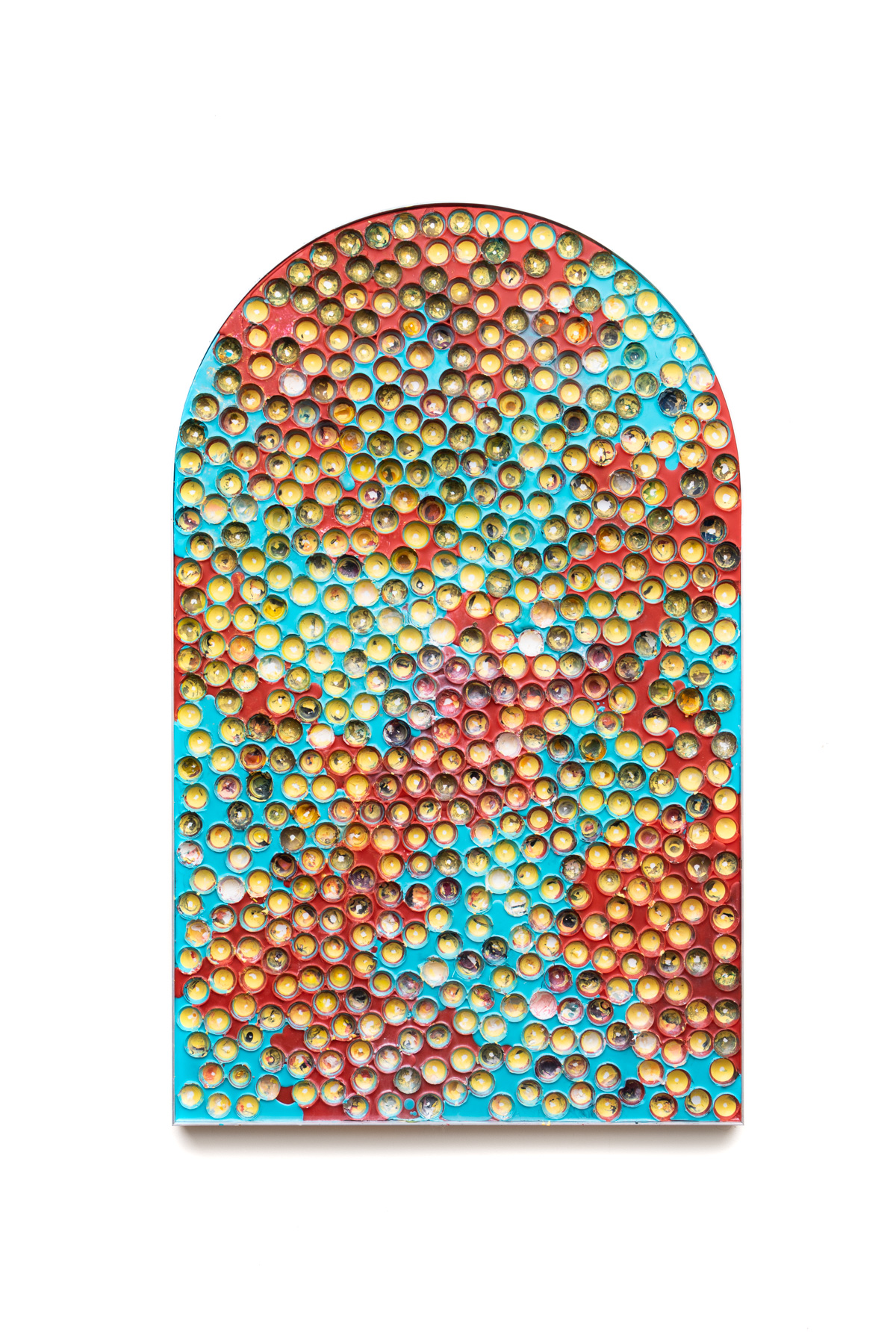 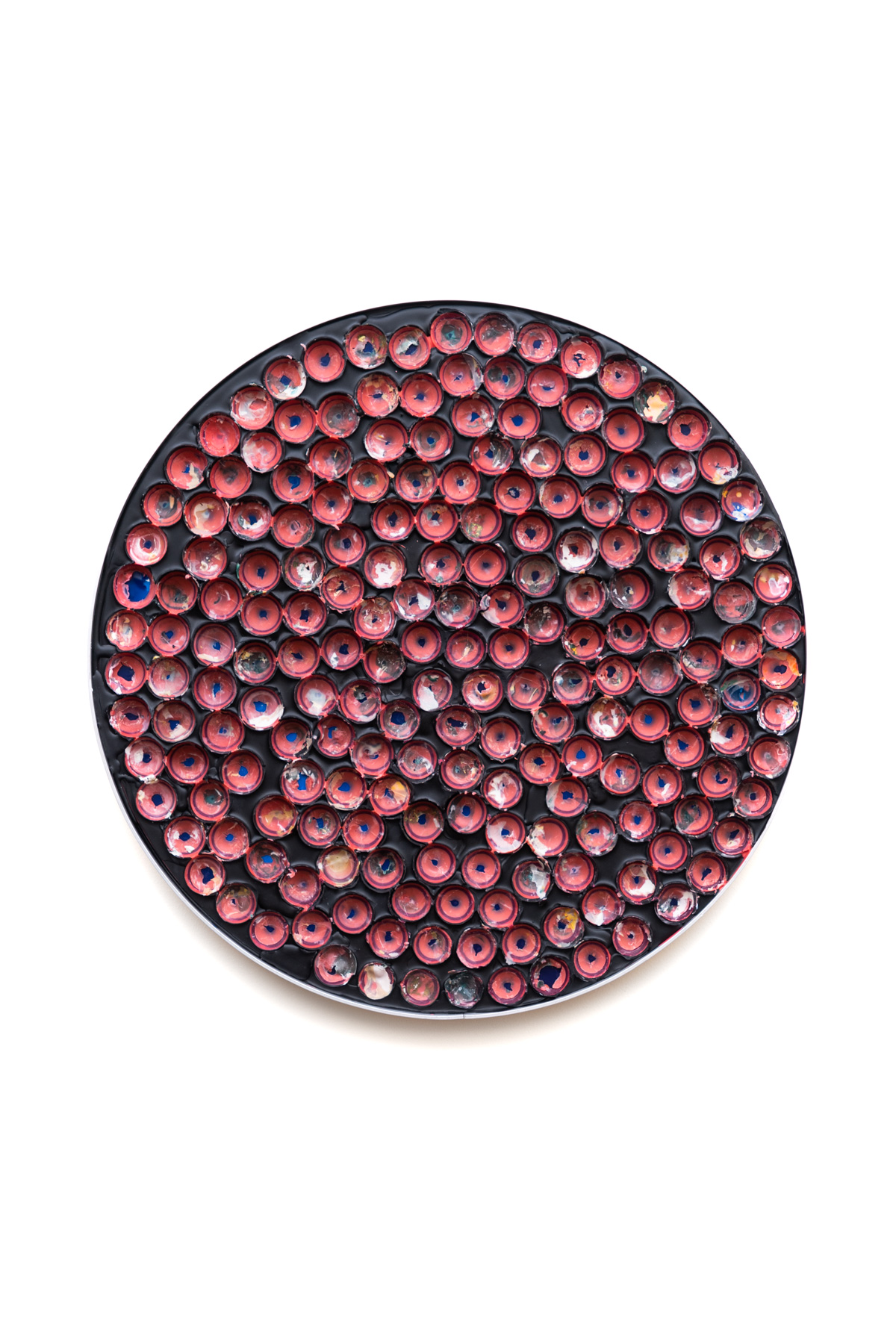 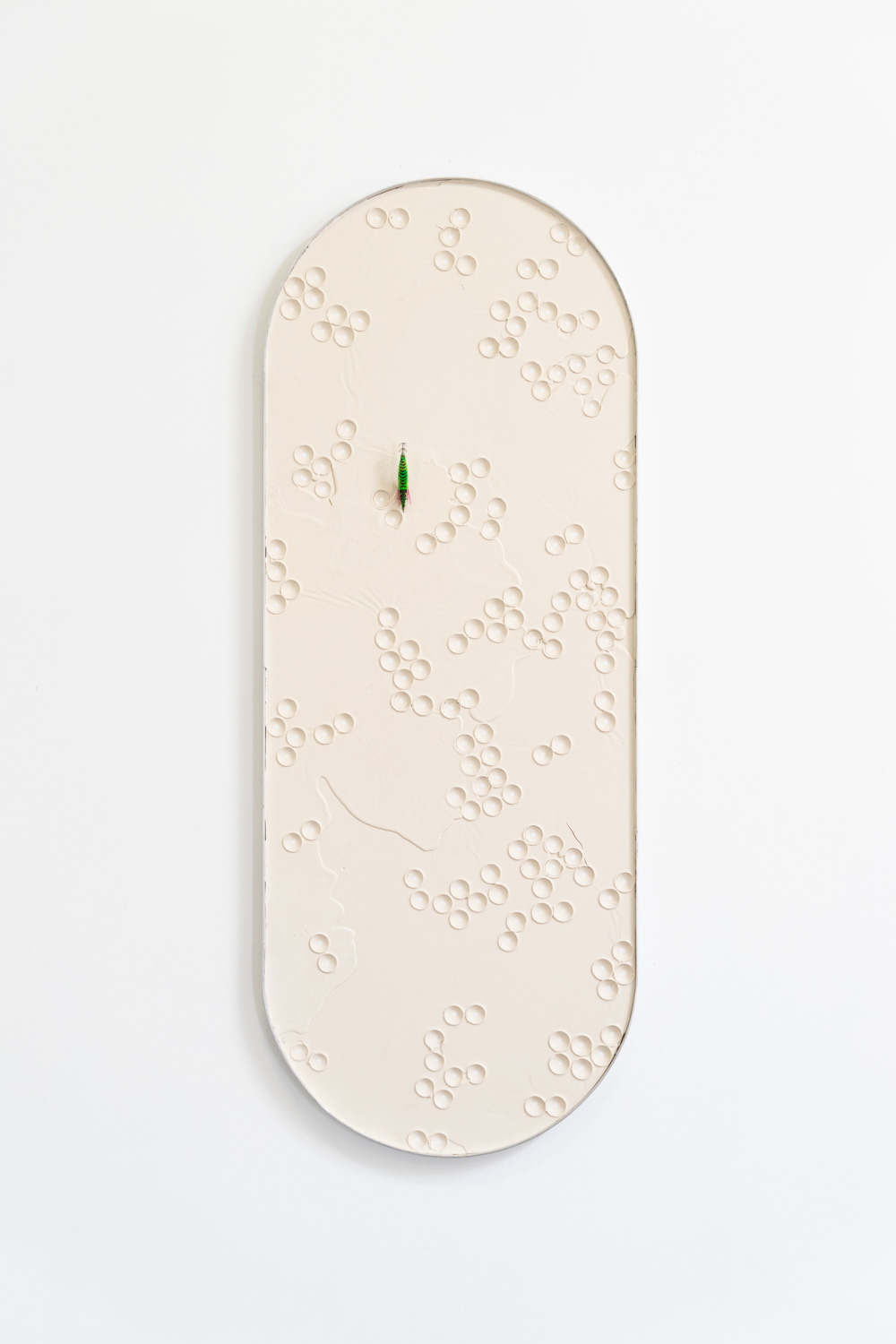 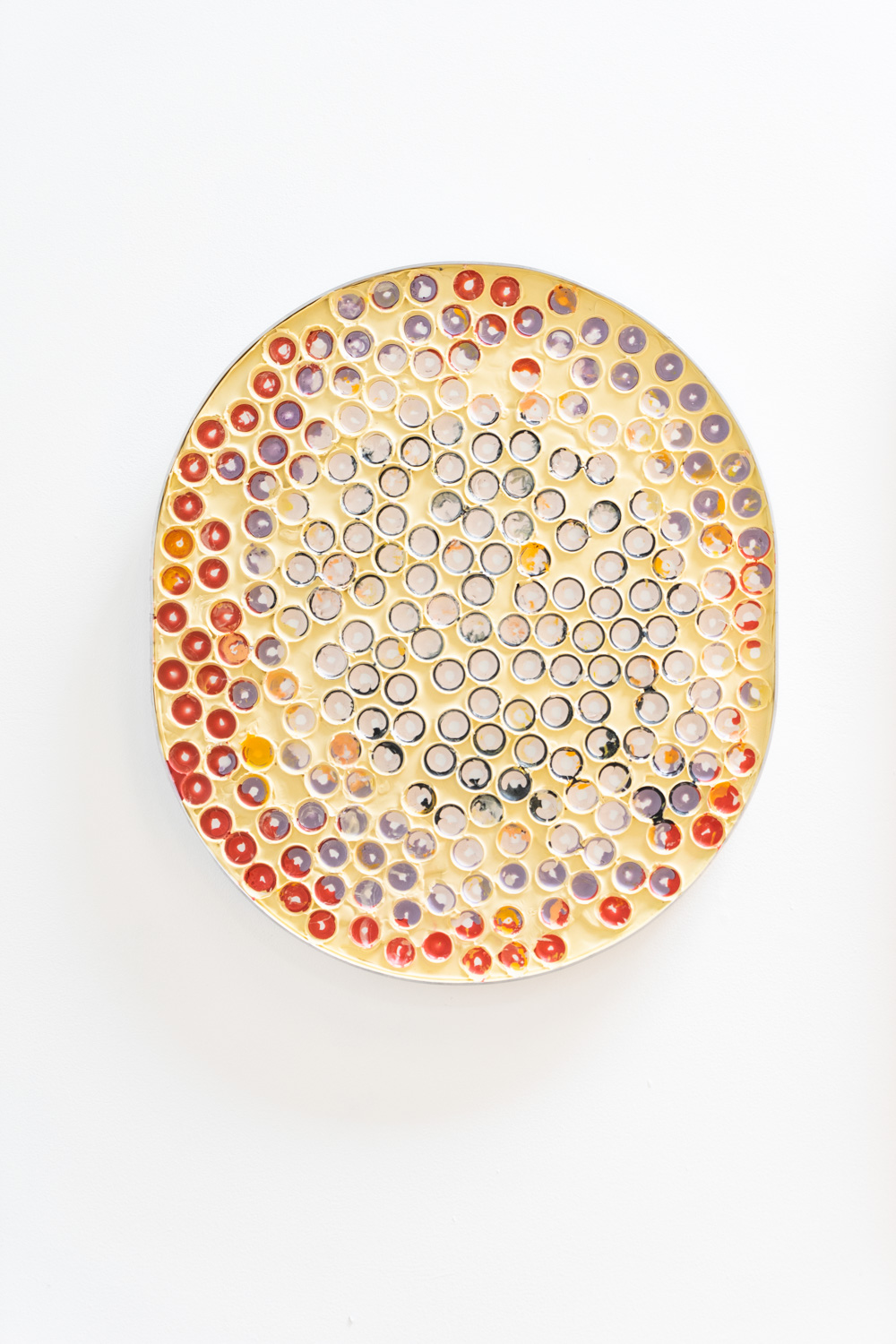 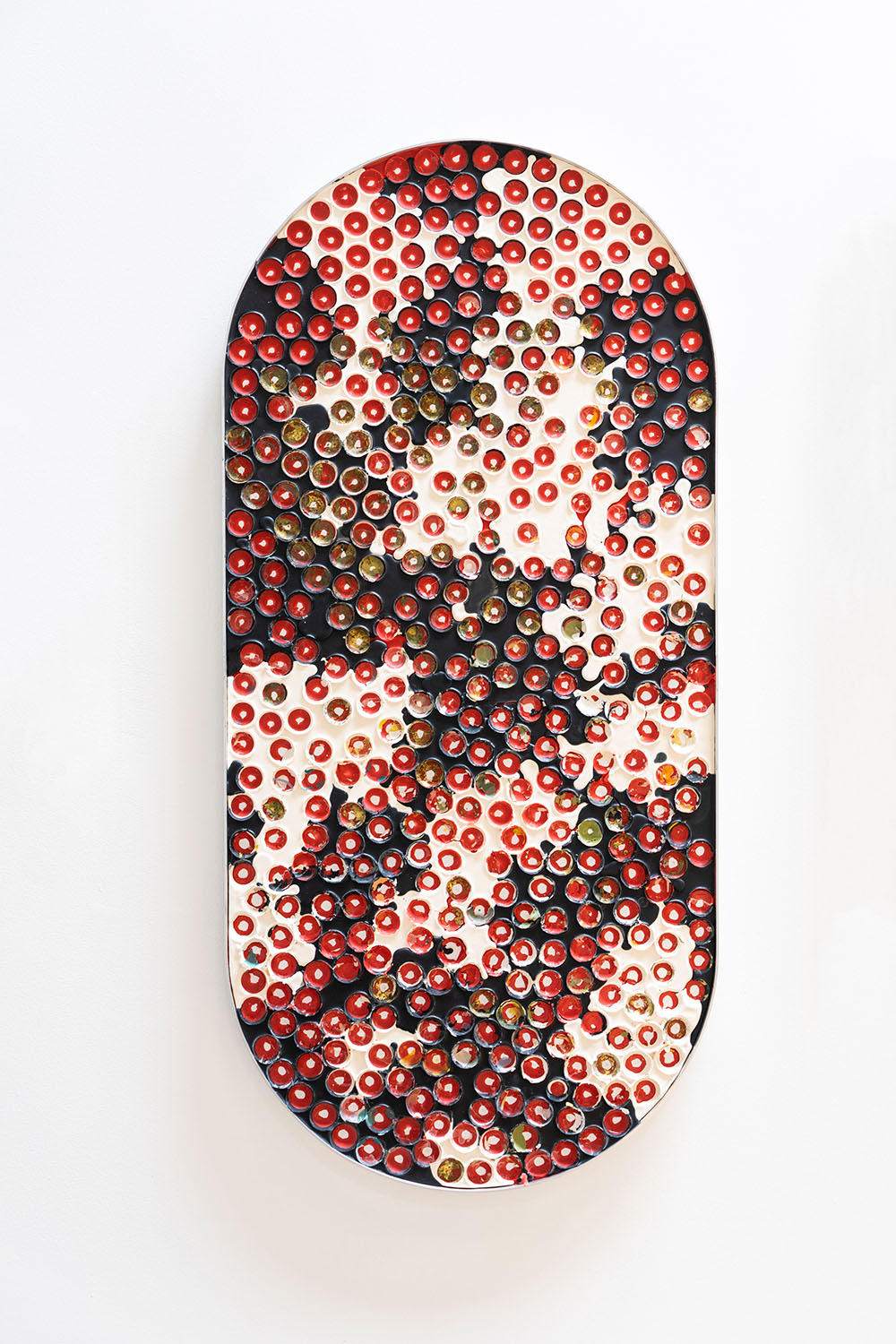 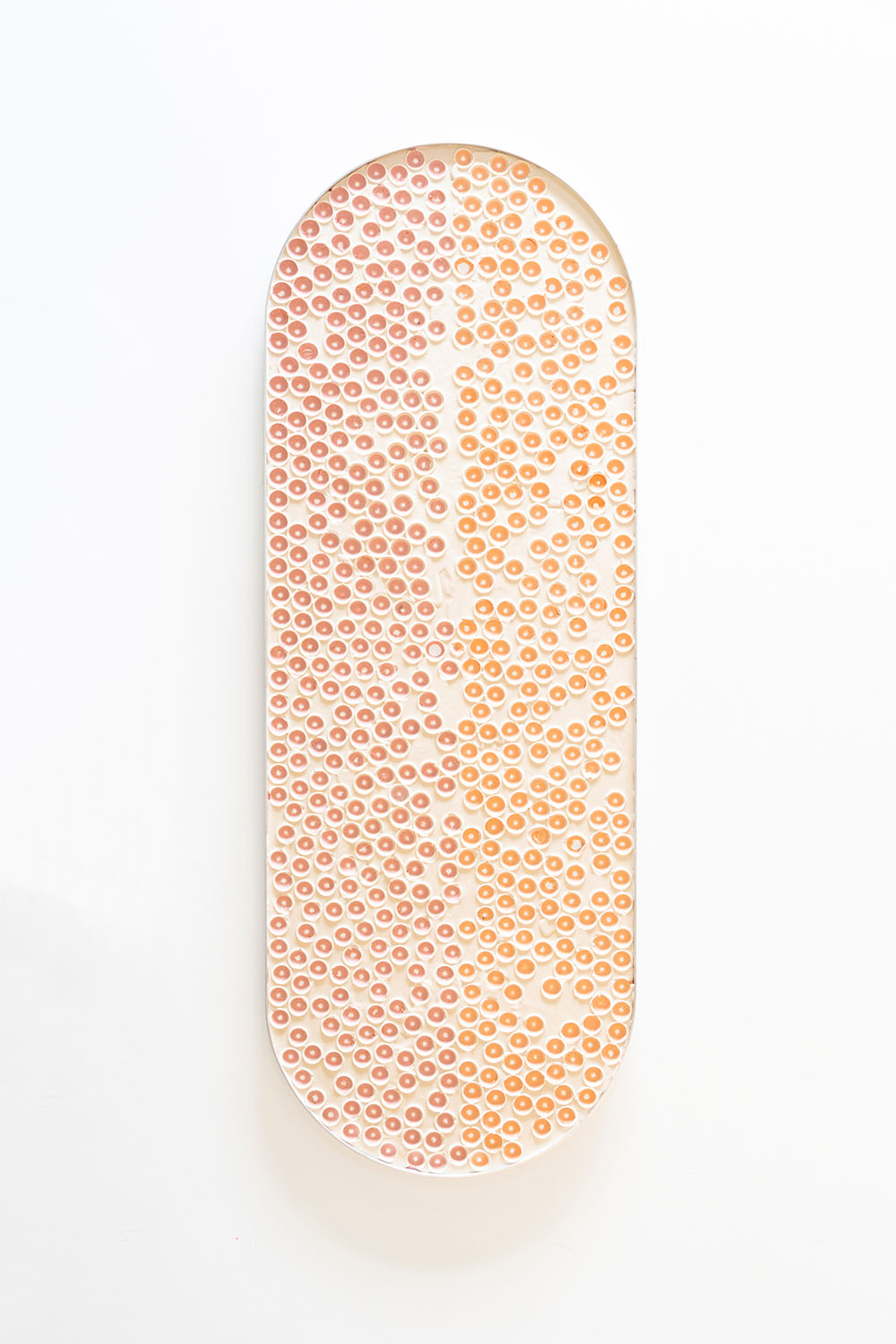 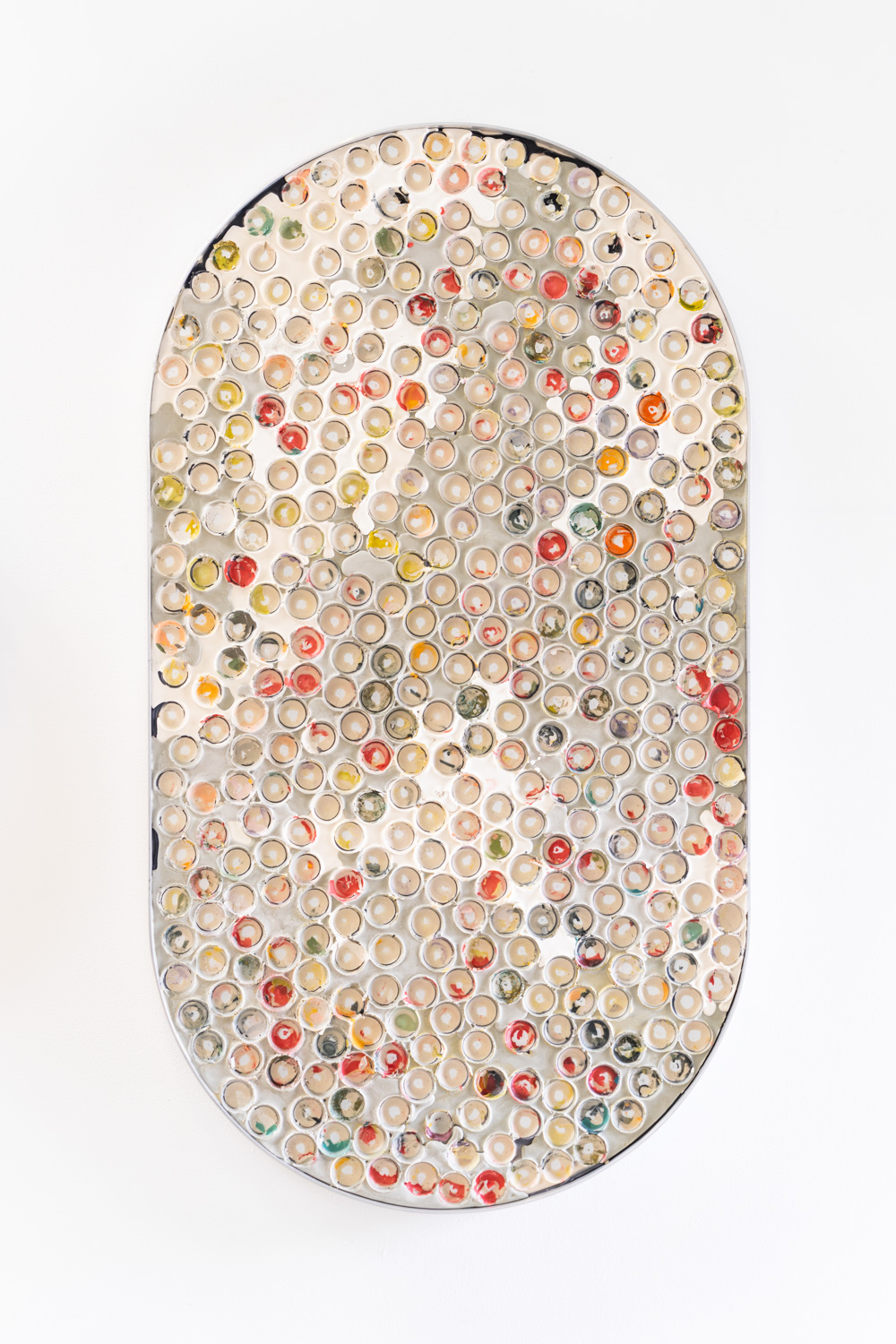 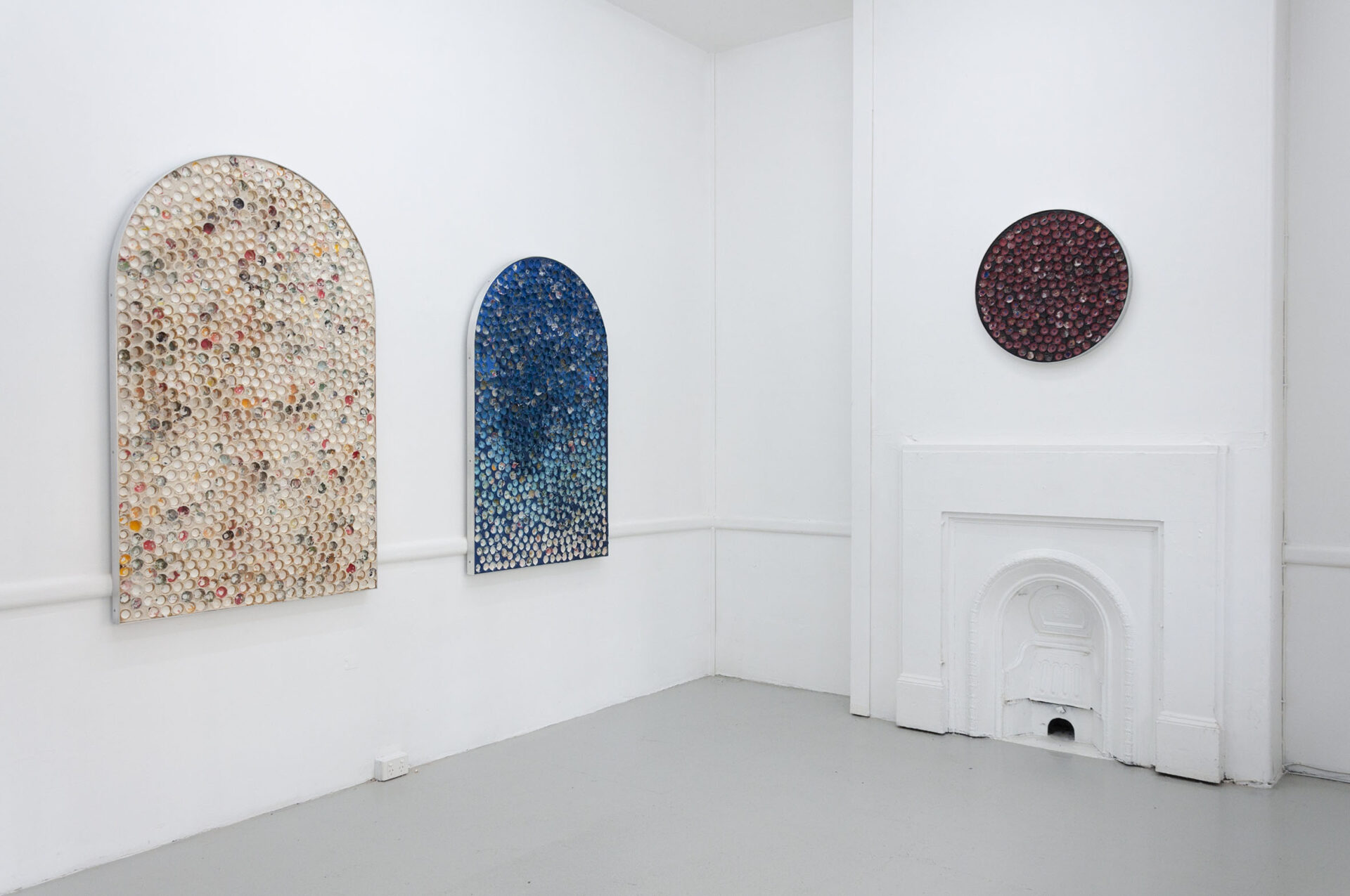 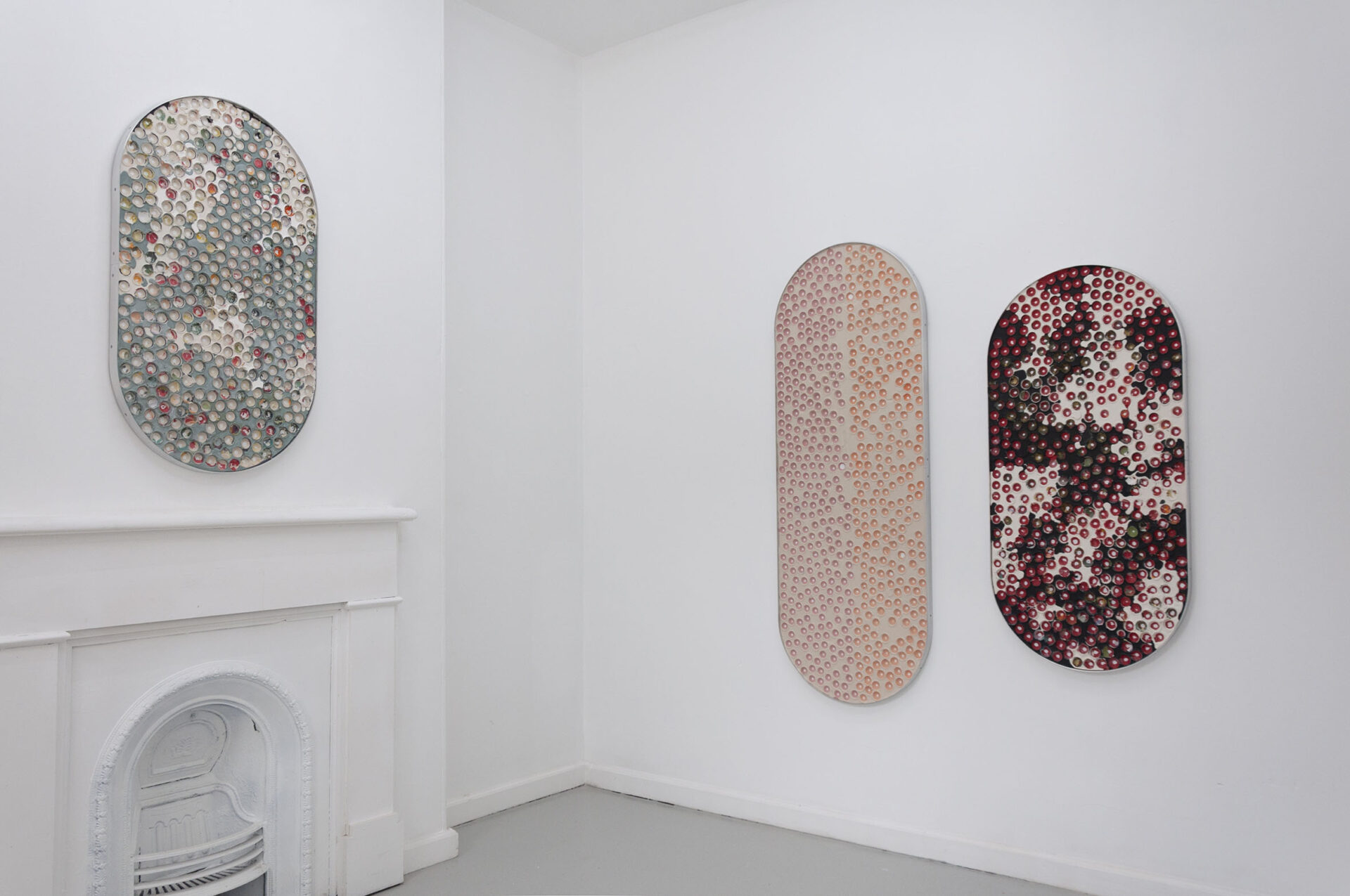 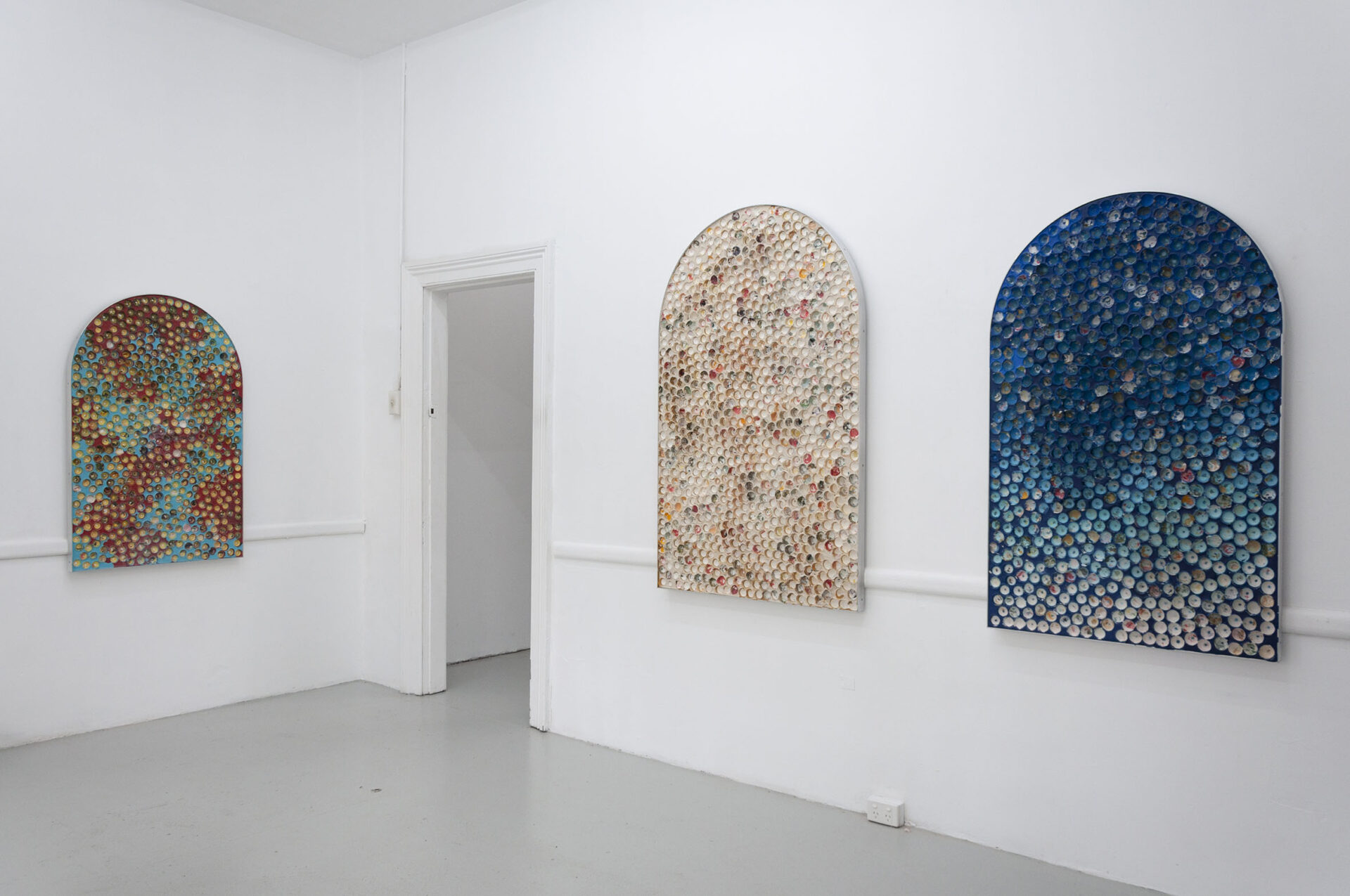 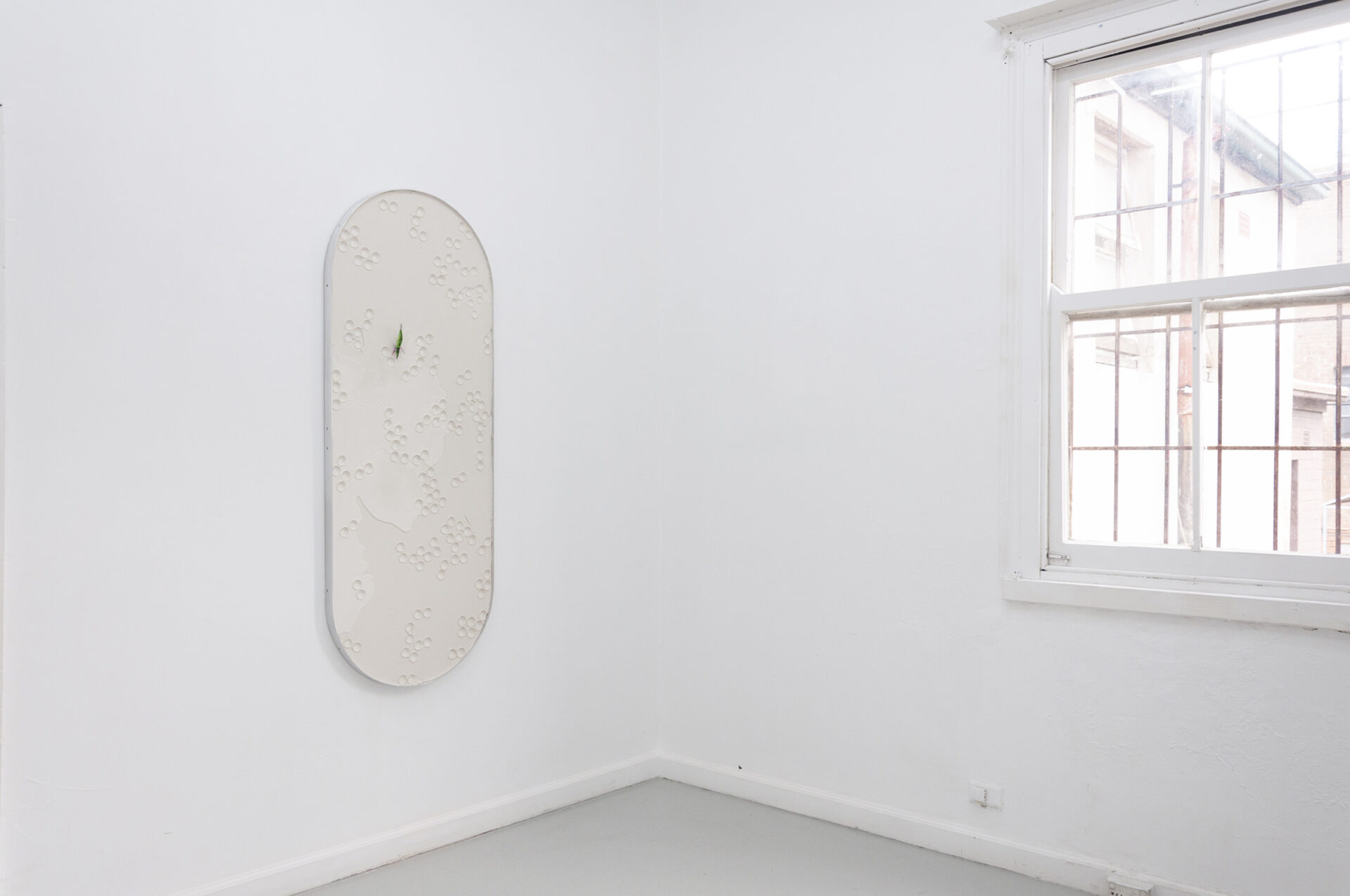 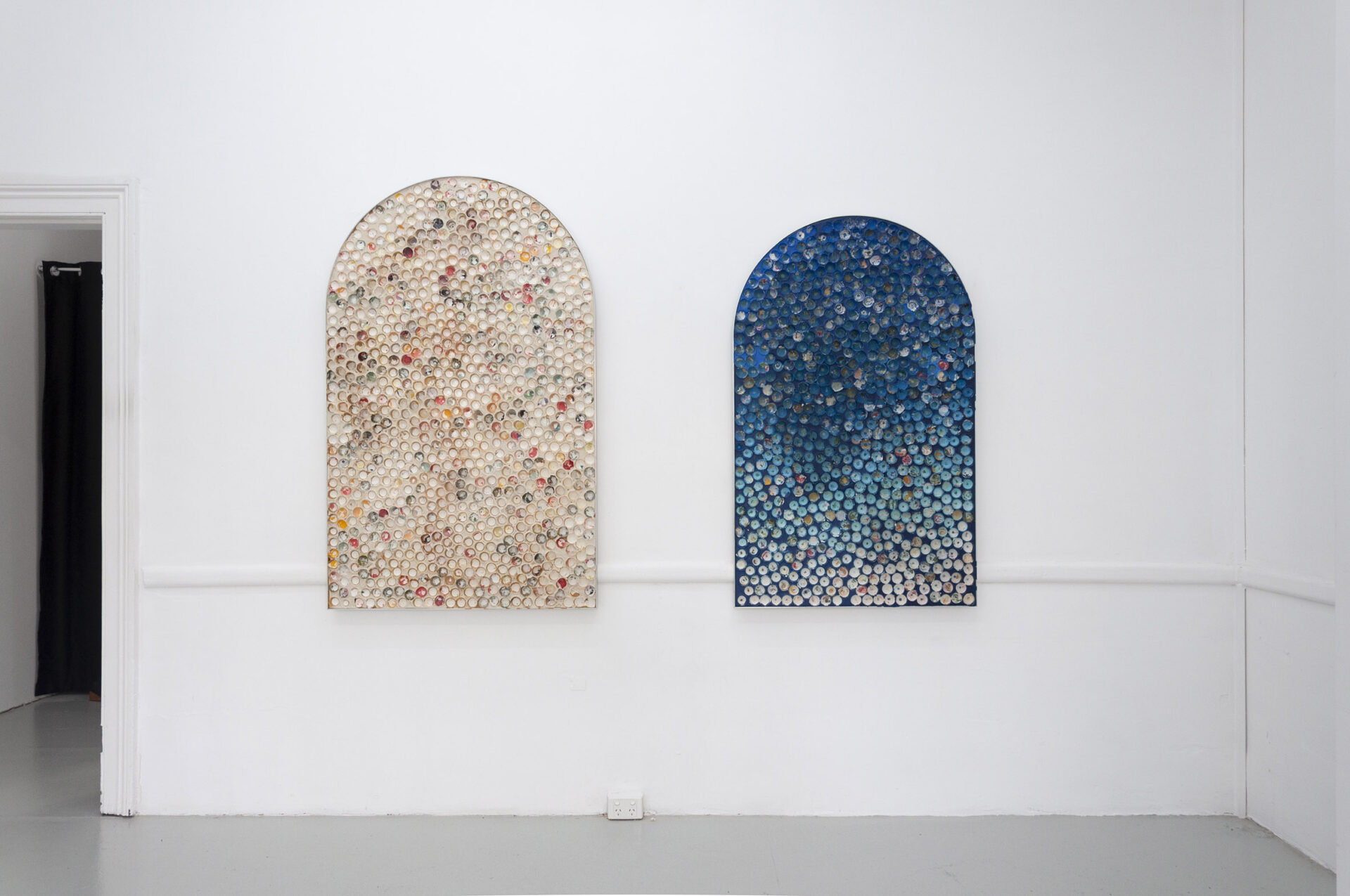 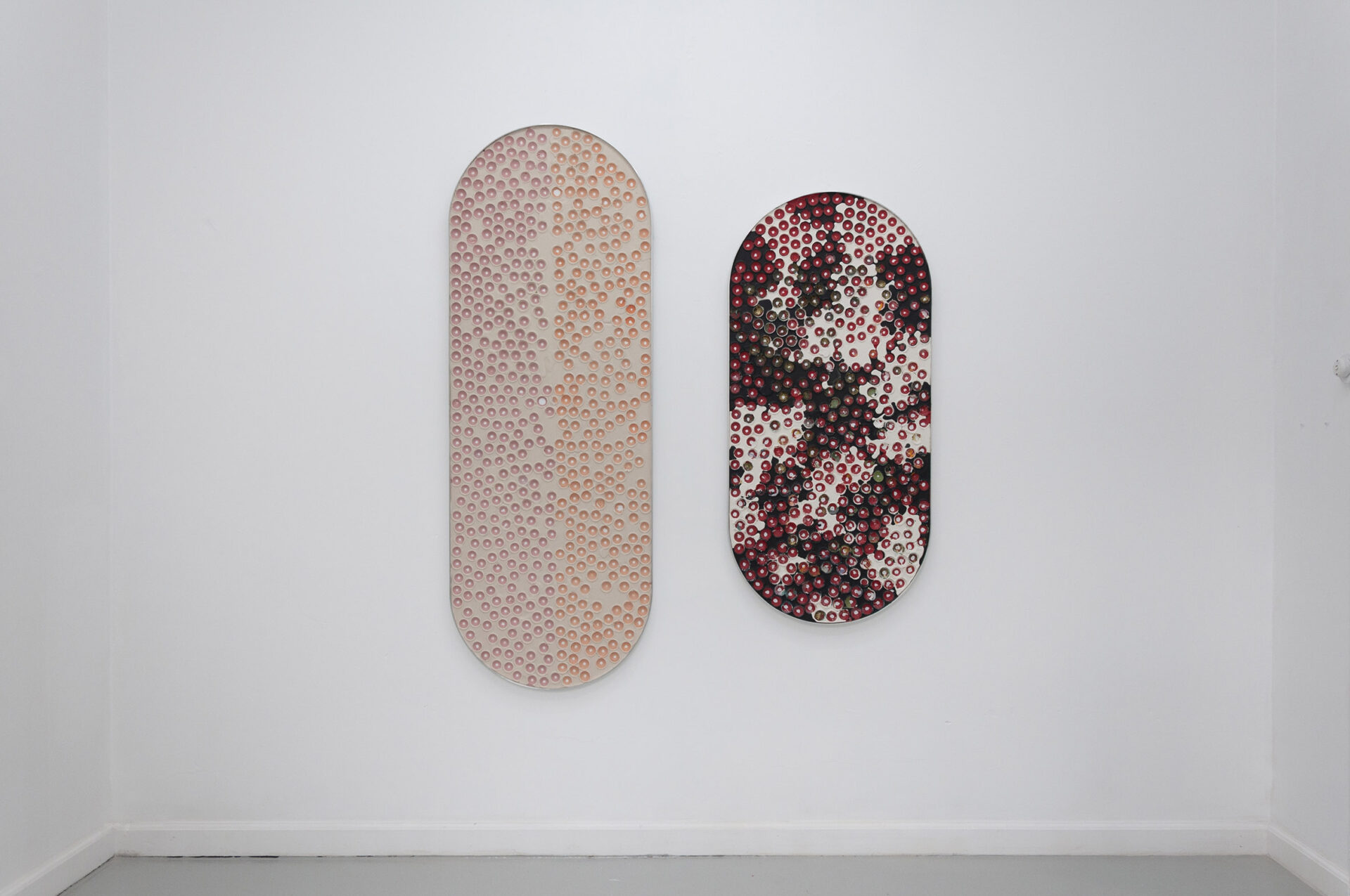