Shark tracking is the process of monitoring sharks through the use of acoustic tags and satellite tags, which emit unique frequencies and GPS locations that can be detected by underwater listening stations and satellites. The data  provides researchers with information on shark behavior, migration patterns, and population dynamics, which is used for developing conservation strategies.

In “Andromache Freya Rocket Suki Nomad Pete Kimmy Z River Chloe Ali Robert Maple Tigger Theodosia Martha Nate” Johnson continues his inquiries into speciesism and surveillance. For nine months Johnson checked on each shark daily, awaiting their next ping (location update) memorializing each update in the form of small bronze dots eventually replicating in physical form the constellations of shark travel that the Ocearch app features. Meanwhile, he made paintings. This body of work hinges on the confusing incorporation of sharks into a nonconsensual form of what theorist Jean Burgess calls “produsage”; a term which refers to the ways in which digital technologies enable people to collaborate and co-create content, blurring the distinction between producers and consumers.

Foundational to Johnson’s earlier works with live streams is the extractive nature of surveillance capitalism which in Shoshana Zuboff’s definition “proceeds by extracting personal data and using it to produce behavioral predictions that anticipate what you will do now, soon, and later. These predictions are then packaged into prediction products and sold to business clients for decision-making and manipulation.” The data for Johnson’s 11 sharks is not bought and sold so much as it is hard won by scientists whose work is in turn funded by these aforementioned entities.

Shark tracking is itself a form of data extraction but who benefits? Whose agency and privacy is lost? The sharks live within a particular argument for safety, one that is maintained by the accumulation of capital: ‘if we don’t know where and if we don’t know what and how they are doing, then we cannot protect them.’ By following the shark, the shark is protected from the condition we humans have created. With this new body of work, we arrive at one of the essential questions in Johnson’s multivalent practice: When do human actions simply become desperate attempts to avoid the eventual mass extinction of non-human beings from the Earth? To Johnson, as to Derrida, Harraway, Tsing and Ingold (among many others), we watch the shark to see and simultaneously avoid ourselves.

The 11 sharks do not know that Johnson is watching them. The sharks are thrust into- as Annette Markham considers it- an ambiently intimate form of communication. This, Johnson feels, is a kind of unnameable state, a longing for an as yet impossible reality, one where animals can be followed like an old friend, a state that lies between and amongst many trying others all along a terrain of desire for a different form of human and animal relation.

For Johnson, these ideas of agency, surveillance, speciesism and large data collection run lazily alongside his new paintings anchoring themselves in the bronze ping dots which sit on low Tasmanian oak plinths, unbound from the app’s aggregated map of each shark these bits of data are unmoored and useless. 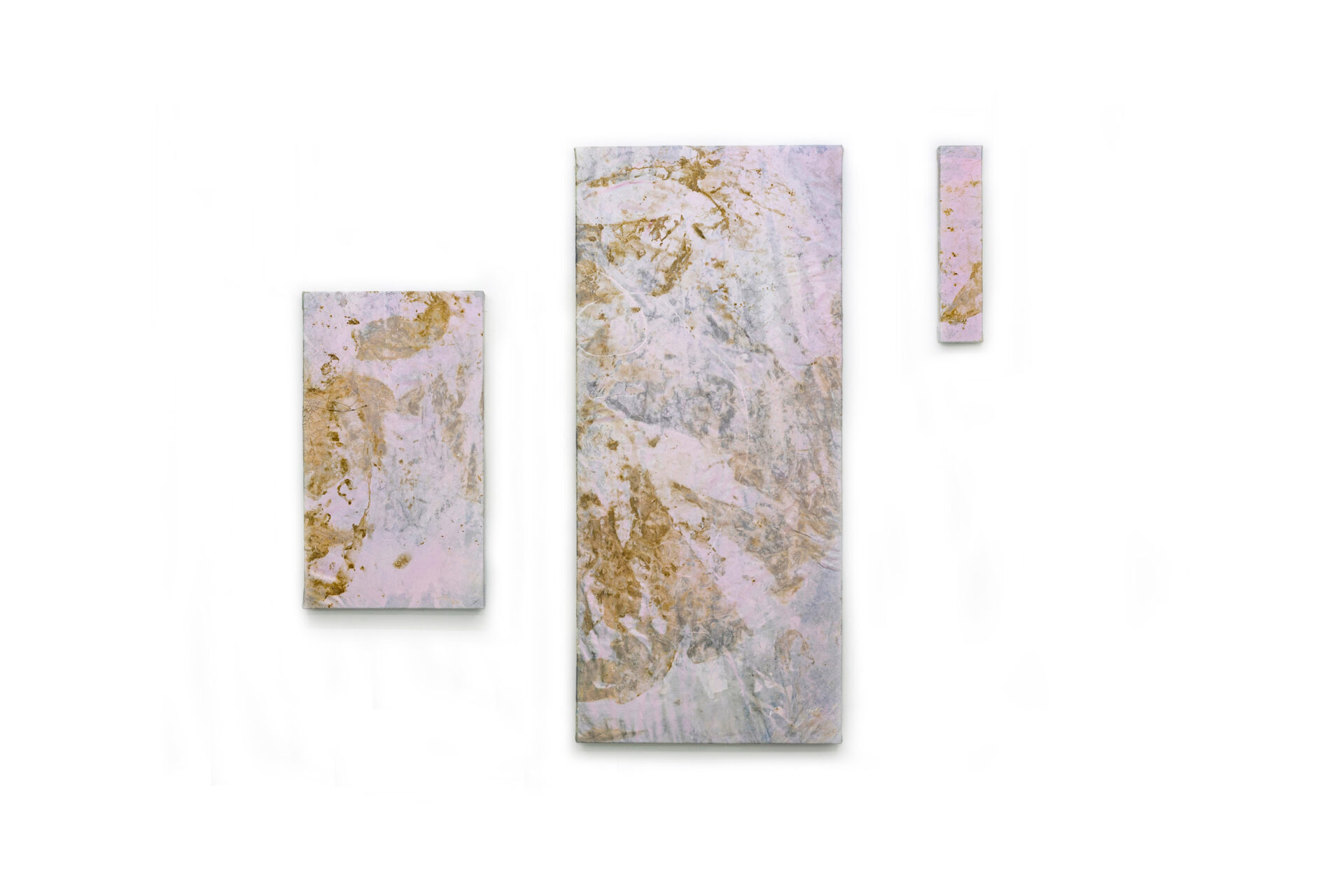 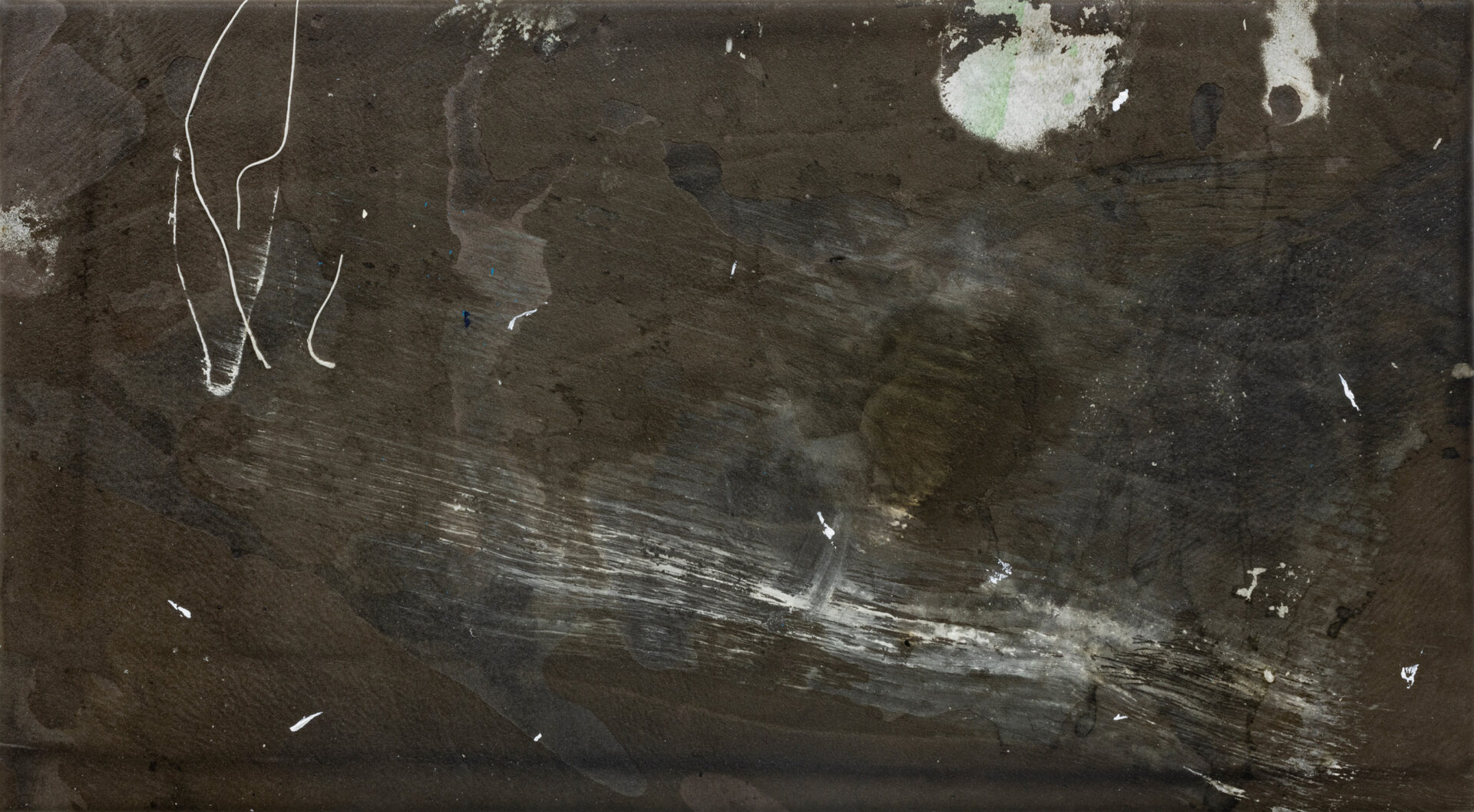 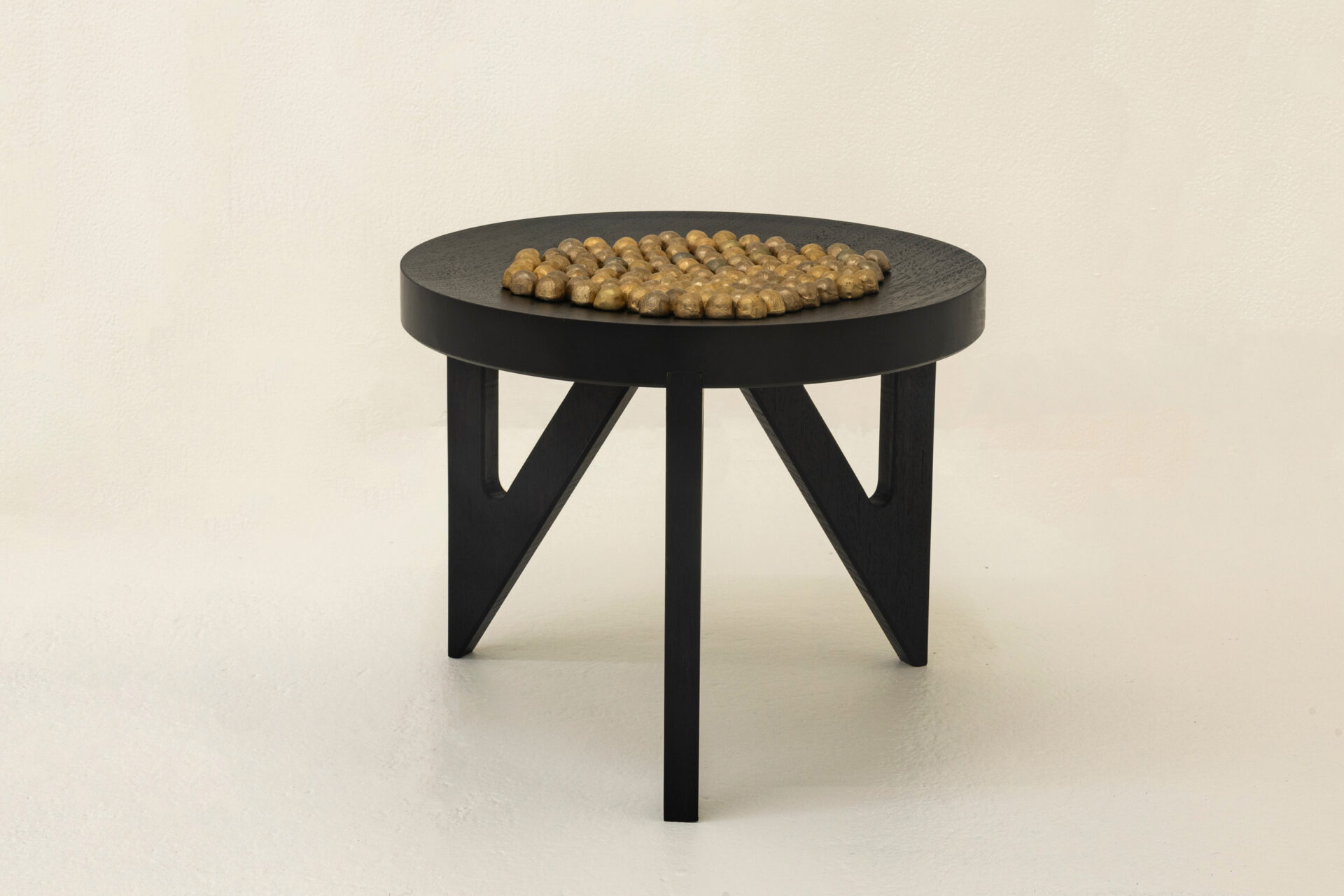 Rindon Johnson
Once upon a time, in a city of winding streets and hidden corners, a young man named Nate lived in a small apartment overlooking the city. Nate was a man of simple pleasures, content with his modest life, until one day, he began to feel as if he were being watched. At first, Nate shrugged off the feeling as mere paranoia. But as the days passed, the sensation grew stronger. He would catch glimpses of movement in the corner of his eye, hear whispering in the night, and sense eyes upon him at all times. Nate became obsessed with the idea that he was being watched, and so he began to explore the city in search of his watcher. He walked through the streets, peering into windows, and climbed to the rooftops in search of the source of his unease. Despite his efforts, Nate could never find the source of his feeling. He became increasingly withdrawn and isolated, convinced that someone was always observing him. One day, Nate decided to take matters into his own hands and set a trap for his watcher. He placed a camera in his apartment, and waited for the watcher to reveal themselves. To Nate’s surprise, when he reviewed the footage, he saw nothing but empty rooms. Disappointed and confused, Nate decided to leave the camera running and went to bed. That night, Nate had a dream. In his dream, he saw a figure standing in the corner of his room, watching him. Nate awoke with a start, and to his surprise, the figure from his dream was standing in the corner of his room. Nate was paralyzed with fear, unable to move or speak. The figure stepped forward, and Nate saw that it was none other than himself. Nate realized that the watcher had been himself all along, and that his fear of being watched was a manifestation of his own selfconsciousness. Nate laughed at his foolishness., 2023
bronze, ebonized Tasmanian Oak
35.5 cm diameter, 28 cm (h) 13 7/8 inches diameter, 11 inches (h) 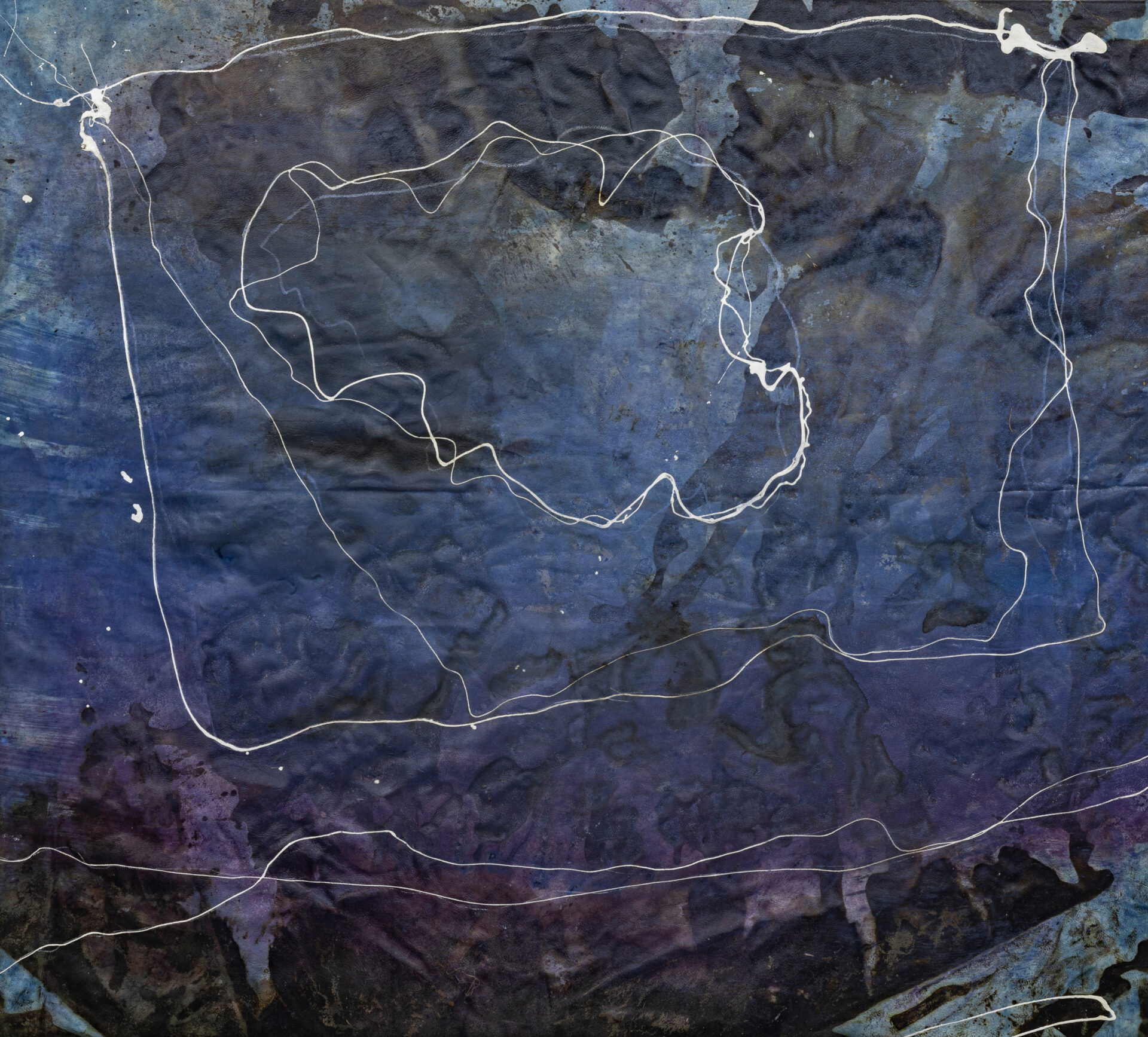 Rindon Johnson
Hector, my own dear lord, have mercy, and think of your own father, how he is old and feeble, and your mother, who is all alone. She is left without a protector, and if you die, she will be left without a son. And your son is still a baby, and he will be left without a father. And I, if you die, I will be left without a husband, and my fate will be to be taken away by the Greeks, and be a slave, working for another woman, in another country. And I will be far from my parents, and my city, and my own people. Hector, do not fight Achilles, he is too strong, he is too fierce. The gods are with him, and he is invincible. Stay in the city, and protect us, and your own son, and your father and mother. Let someone else fight Achilles, someone who is strong and brave and young, someone who can stand against him, and maybe defeat him. But you, Hector, do not fight him, stay with us, and protect us, and your own people. Andromache., 2023
leather, coffee dye, bleach, water color,house paint, crayon, pastel, and colored pencil
147.5 x 163 cm 58 1/16 x 64 3/16 inches 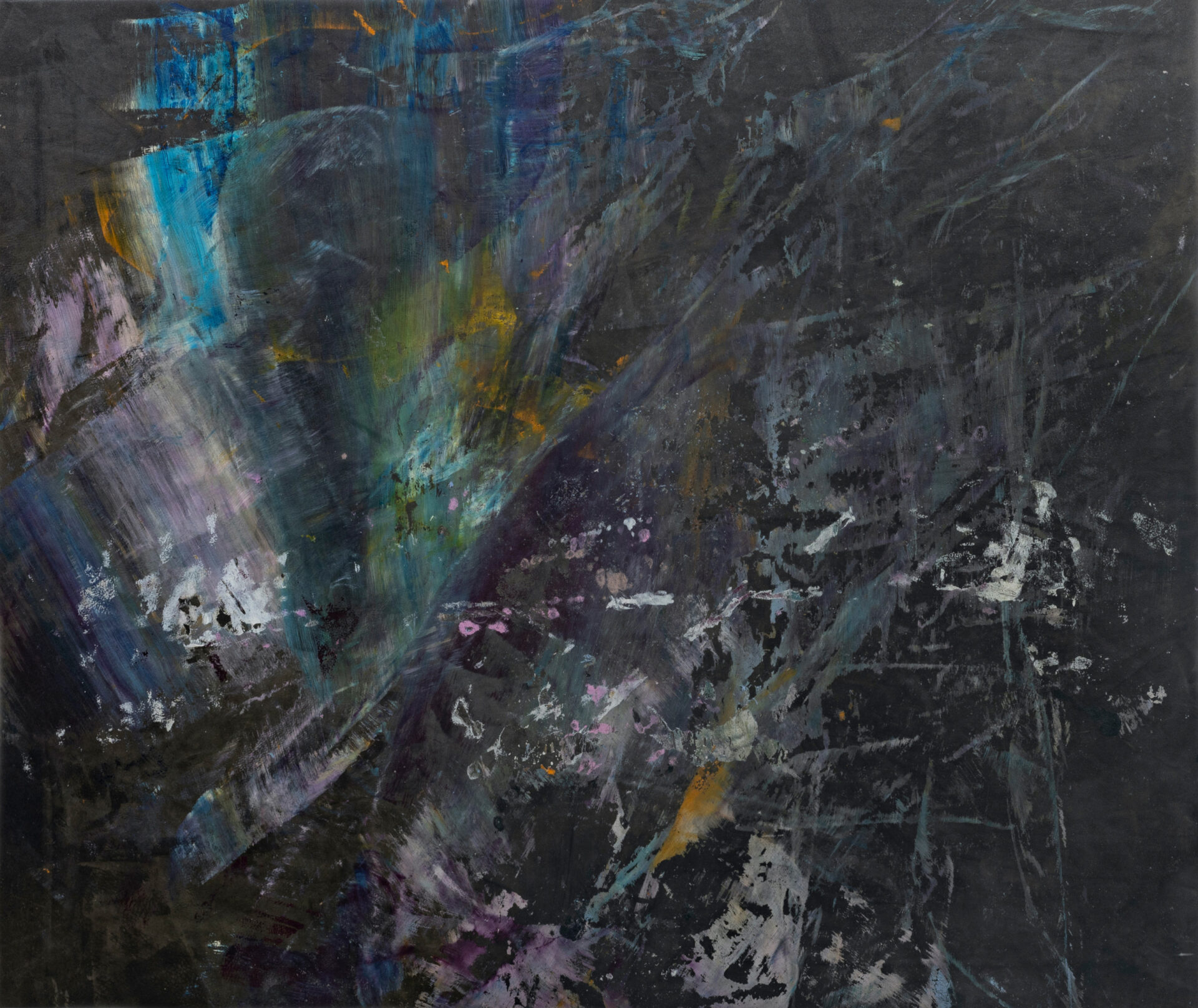 Rindon Johnson
...In that Empire, the Art of Cartography attained such Perfection that the map of a single Province occupied the entirety of a City, and the map of the Empire, the entirety of a Province. In time, those Unconscionable Maps no longer satisfied, and the Cartographers Guilds struck a Map of the Empire whose size was that of the Empire, and which coincided point for point with it. The following Generations, who were not so fond of the Study of Cartography as their Forebears had been, saw that that vast Map was Useless, and not without some Pitilessness was it, that they delivered it up to the Inclemencies of Sun and Winters. In the Deserts of the West, still today, there are Tattered Ruins of that Map, inhabited by Animals and Beggars; in all the Land there is no other Relic of the Disciplines of Geography, 2023
bronze, ebonized Tasmanian Oak
35.5 cm diameter, 48.5 cm (h) 13 7/8 inches diameter, 19 1/8 inches (h) 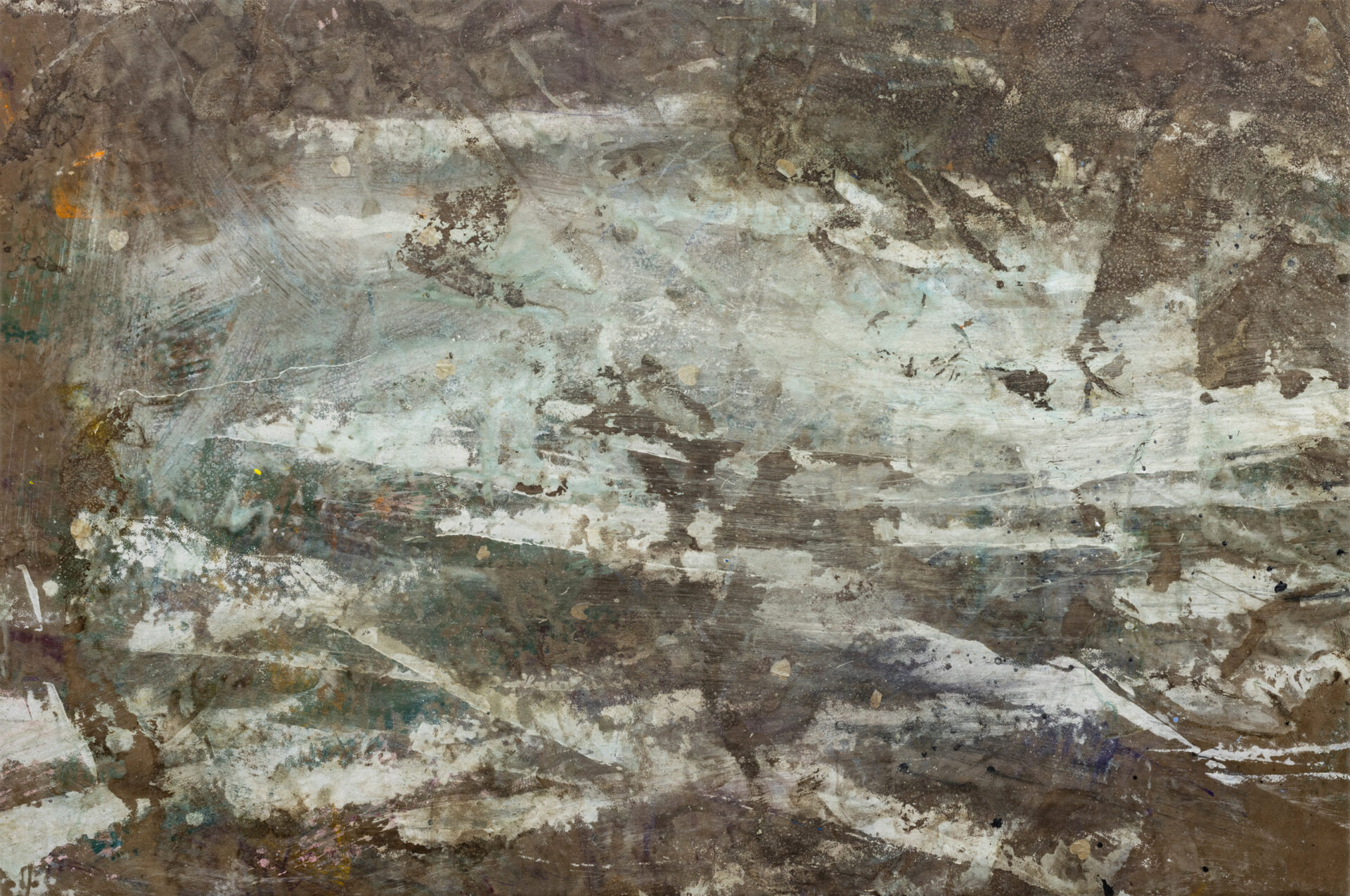 Rindon Johnson
The river flowed peacefully through the countryside Martha waited patiently for her turn The boat navigated down the winding river Martha cooked dinner for her family The fisherman cast his line into the river Martha read a book before bed The kayaker paddled upstream on the river Martha sang in the church choir The river was swollen with recent rain Martha took a walk in the park The riverbank was lined with tall reeds Martha watched the sunset over the ocean The river was full of fish and other aquatic life Martha traveled to a foreign country The river was used for irrigation and transportation Martha studied hard for her exams The river was a source of drinking water for the town Martha volunteered at the local shelter The river was the site of a historic battle fought long ago Martha played the piano beautifully, 2023
house paint, bleach, goughe, and paper
111.5 x 168 cm 43 7/8 x 66 1/8 inches 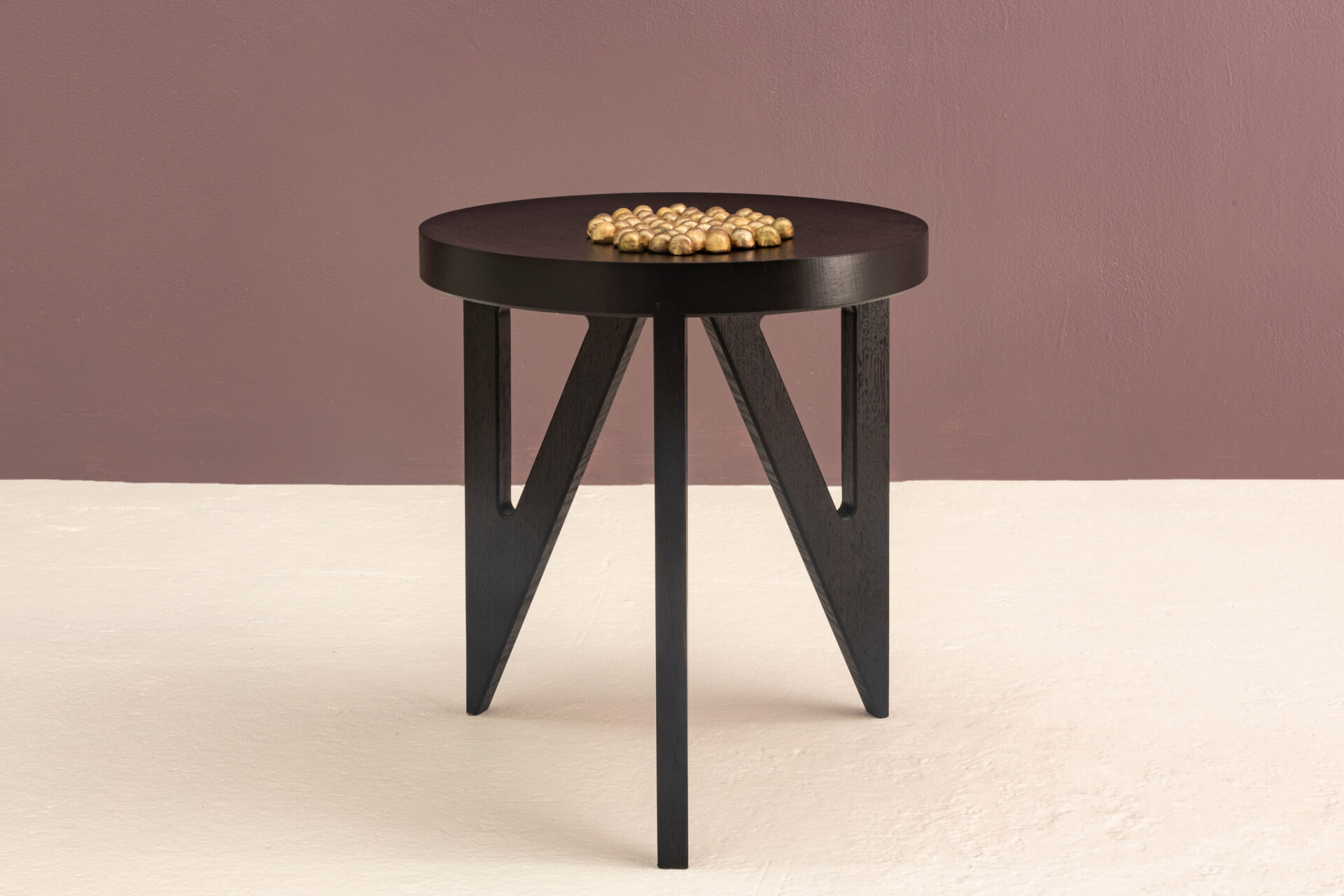 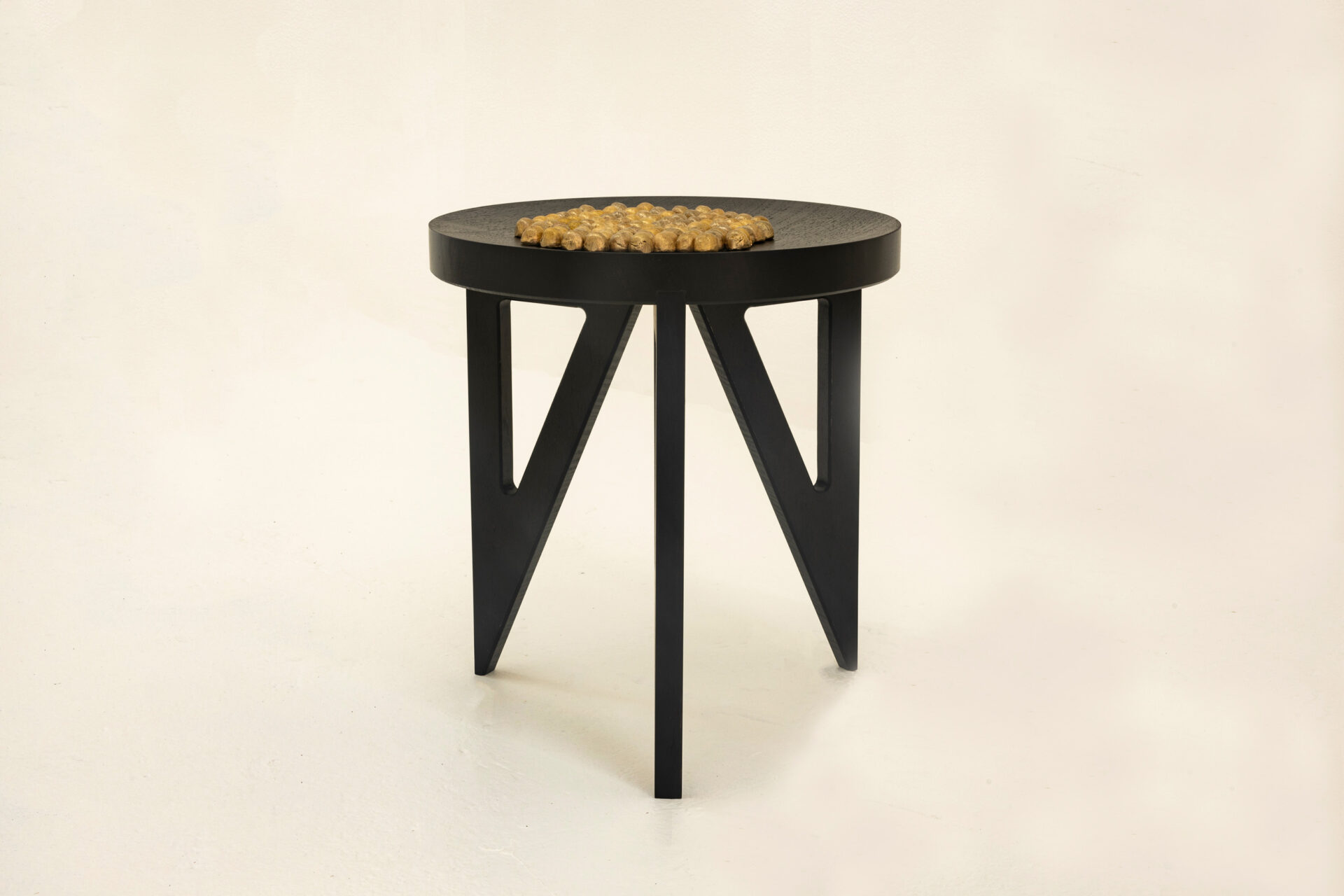 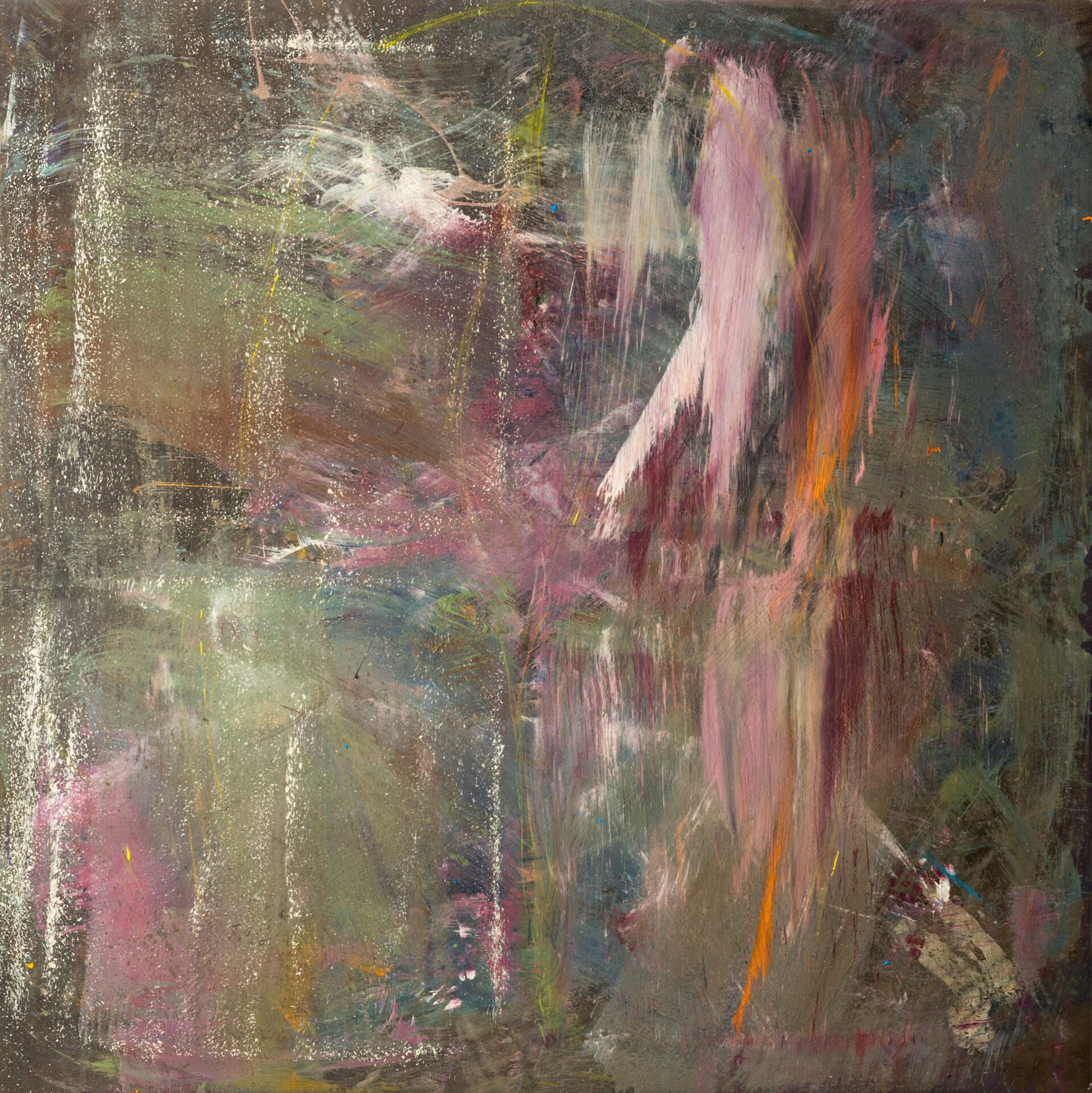 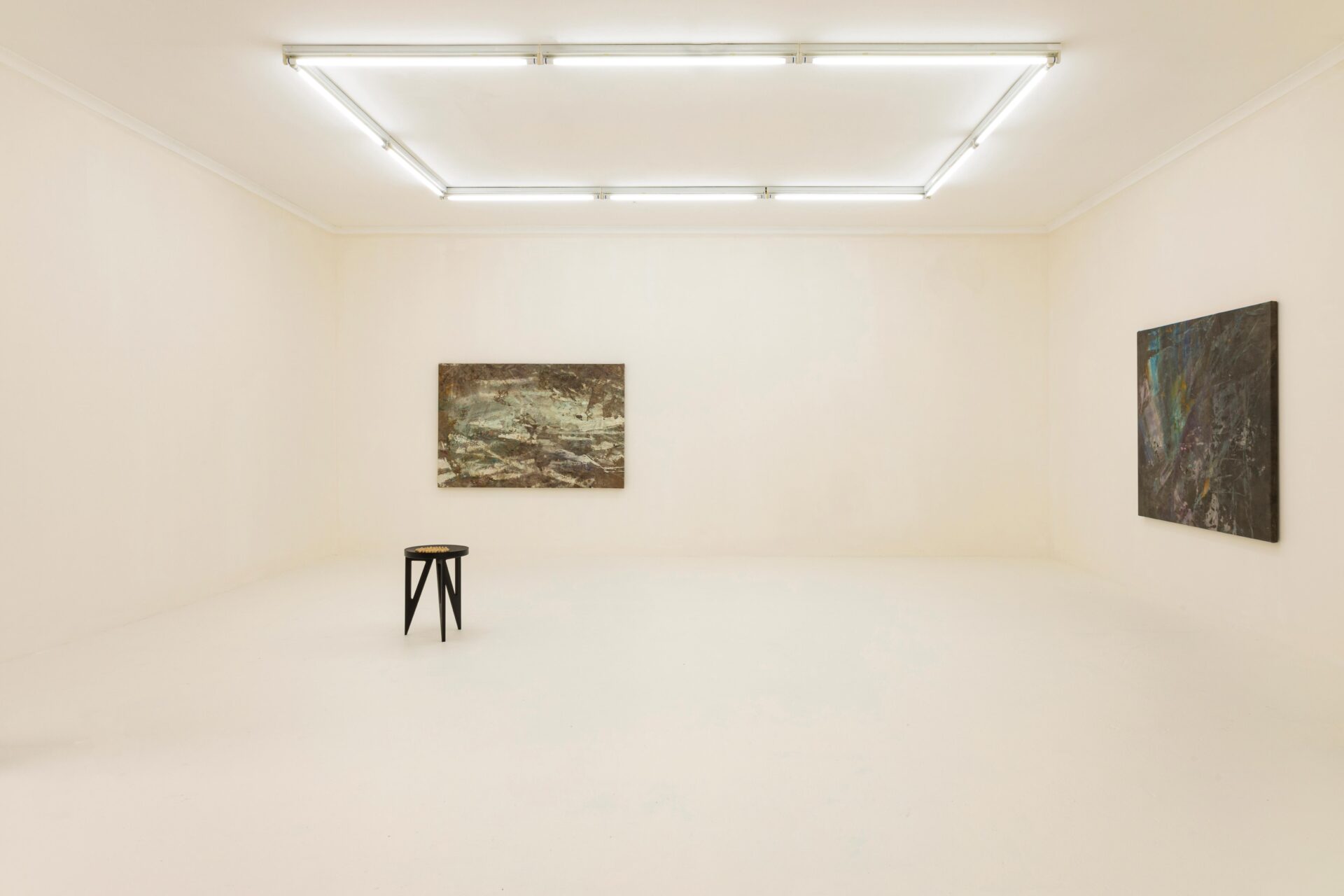 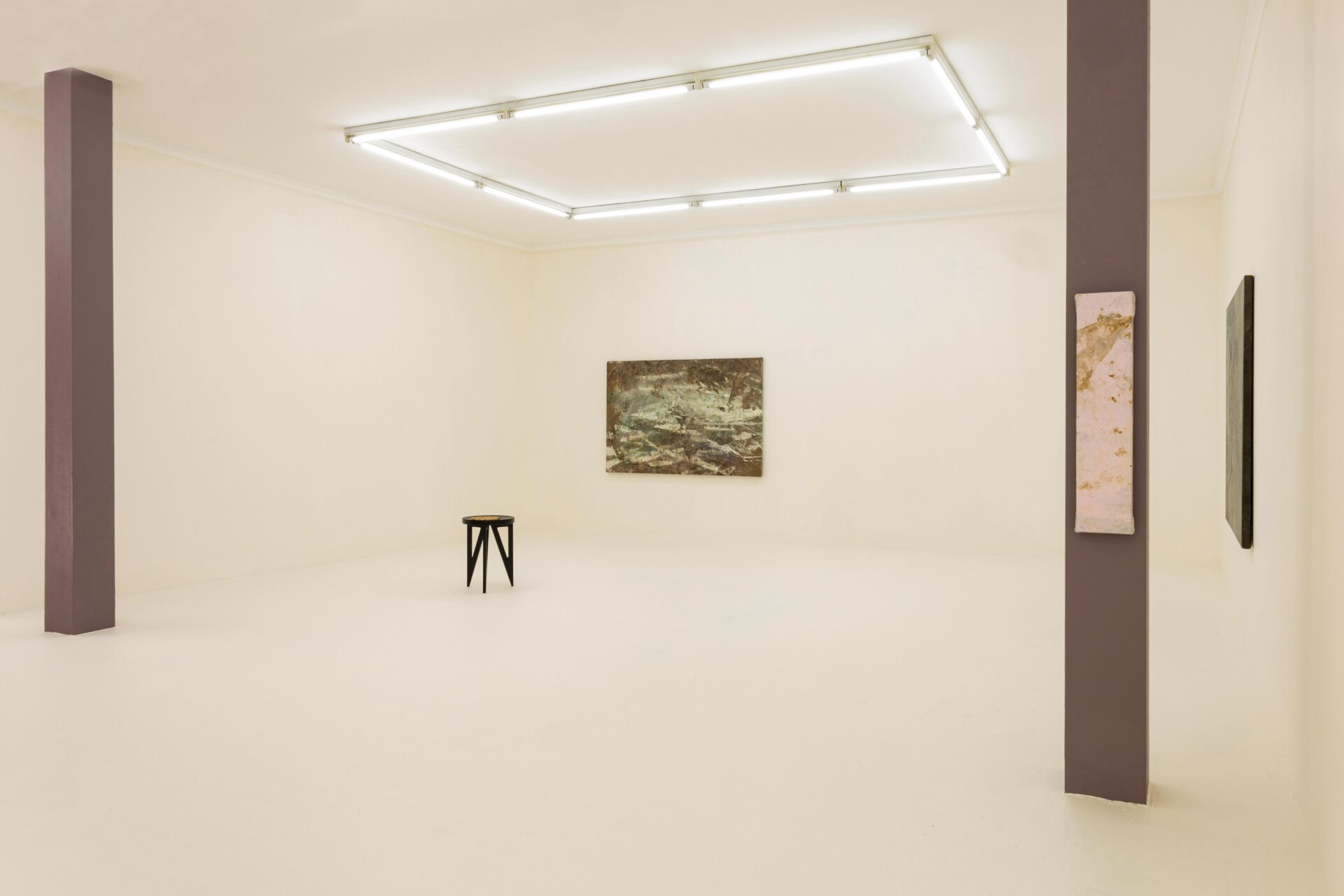 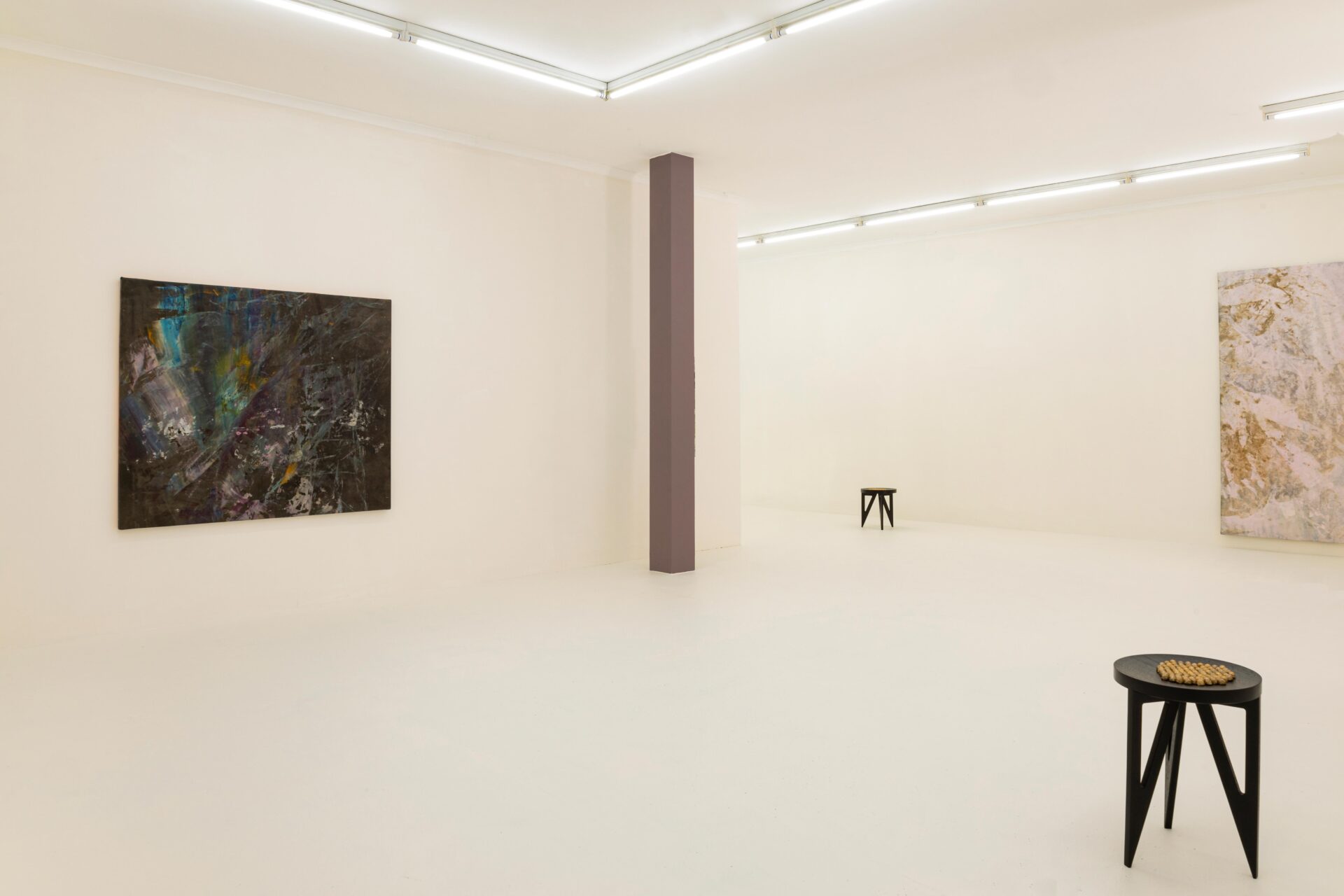 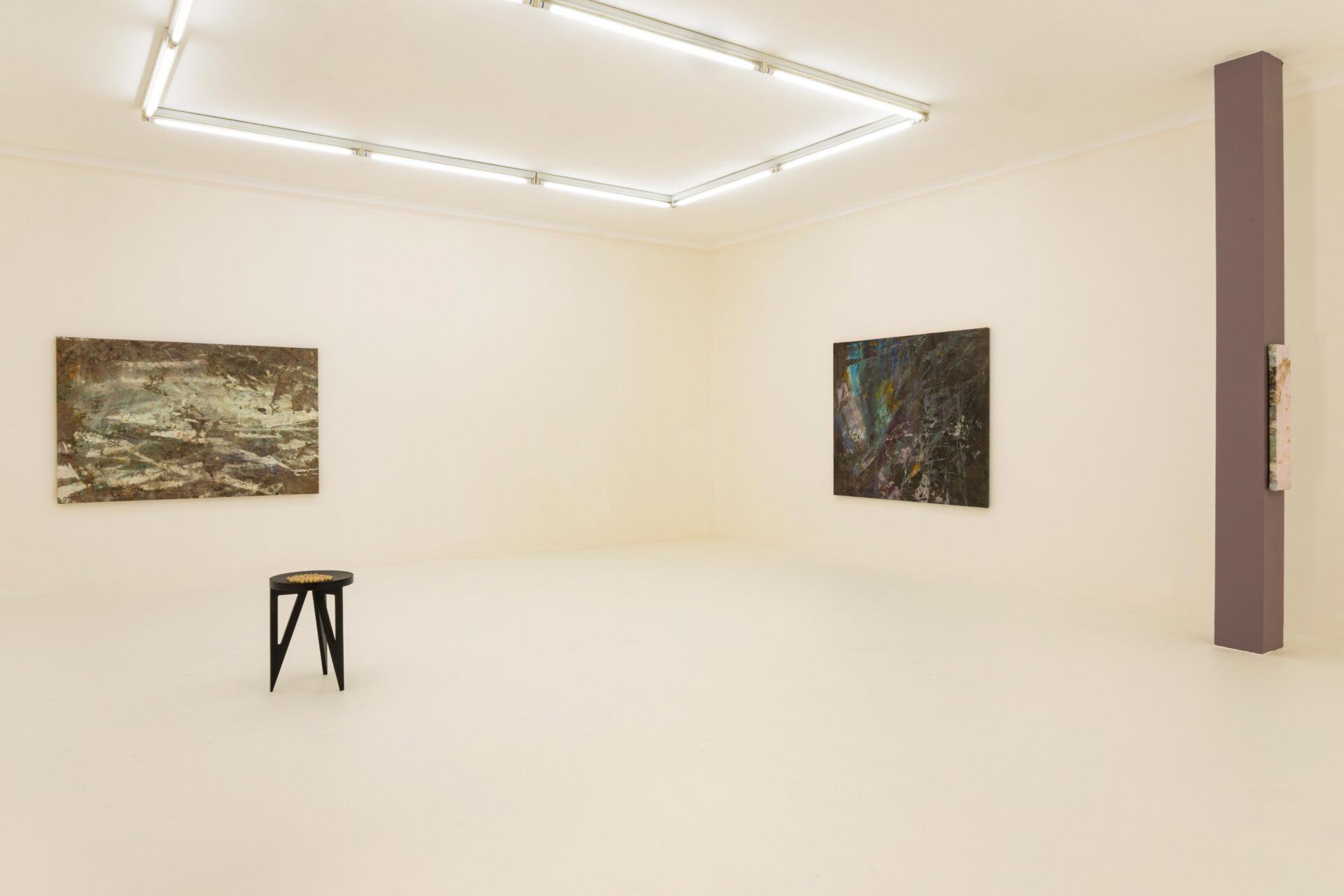 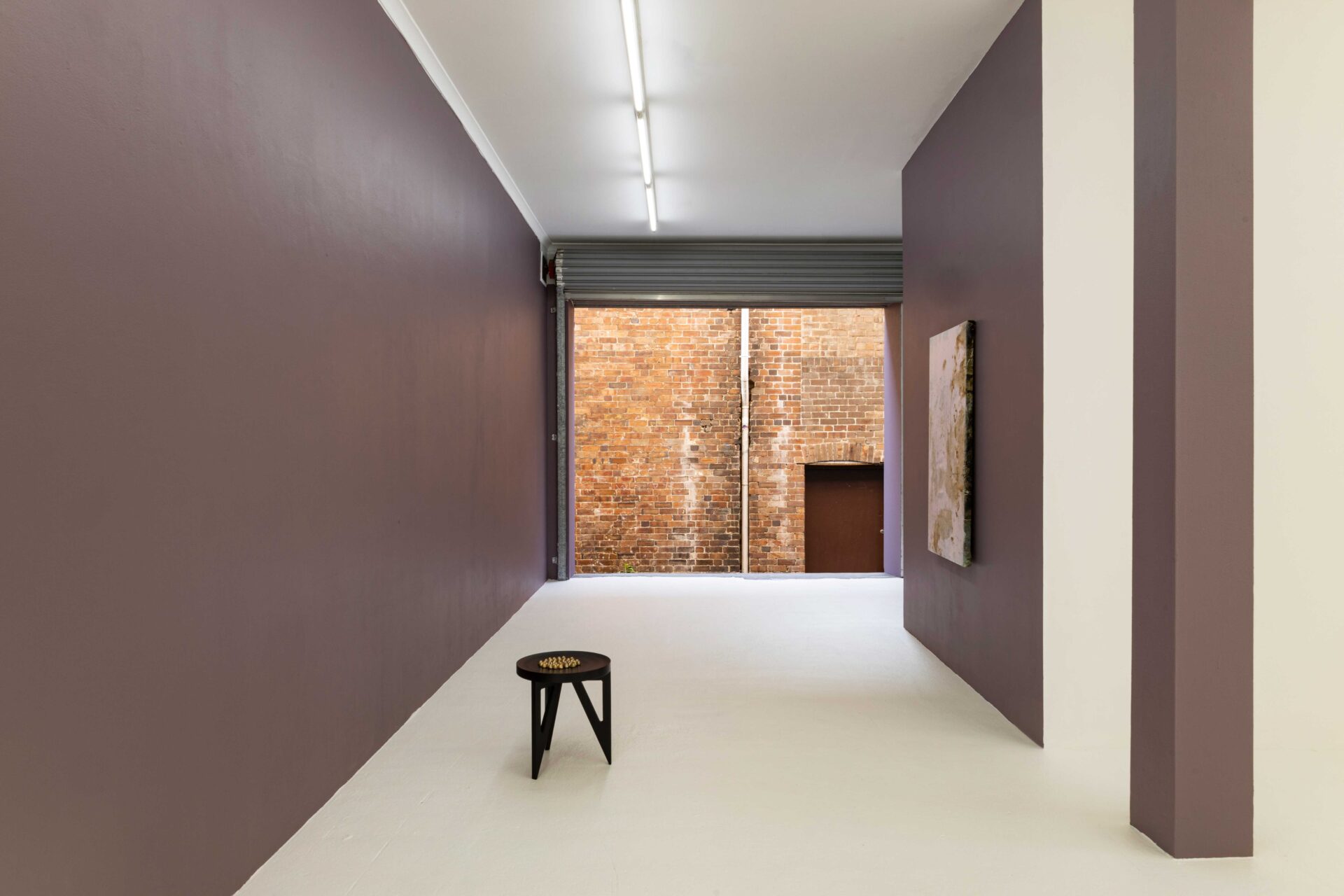 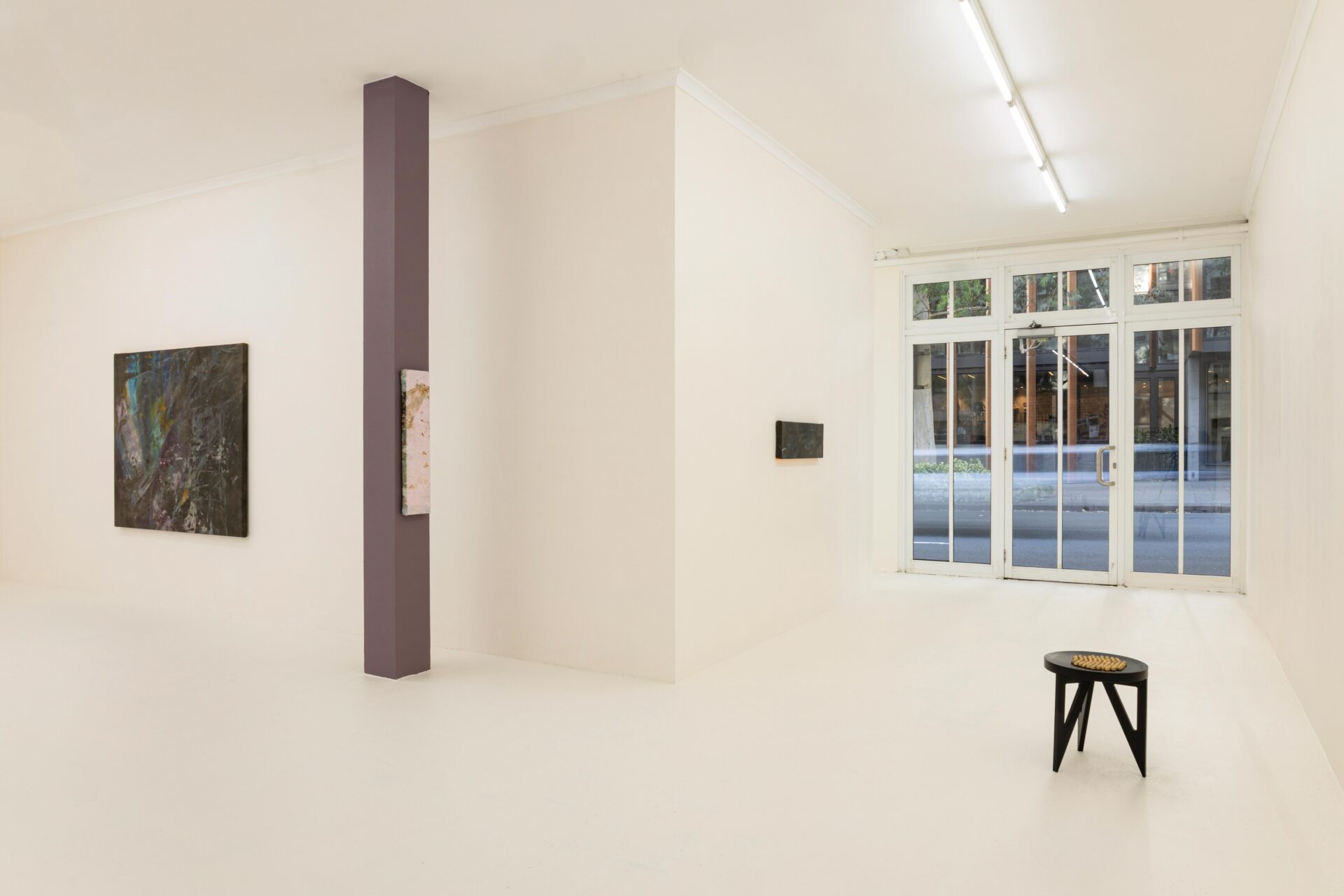 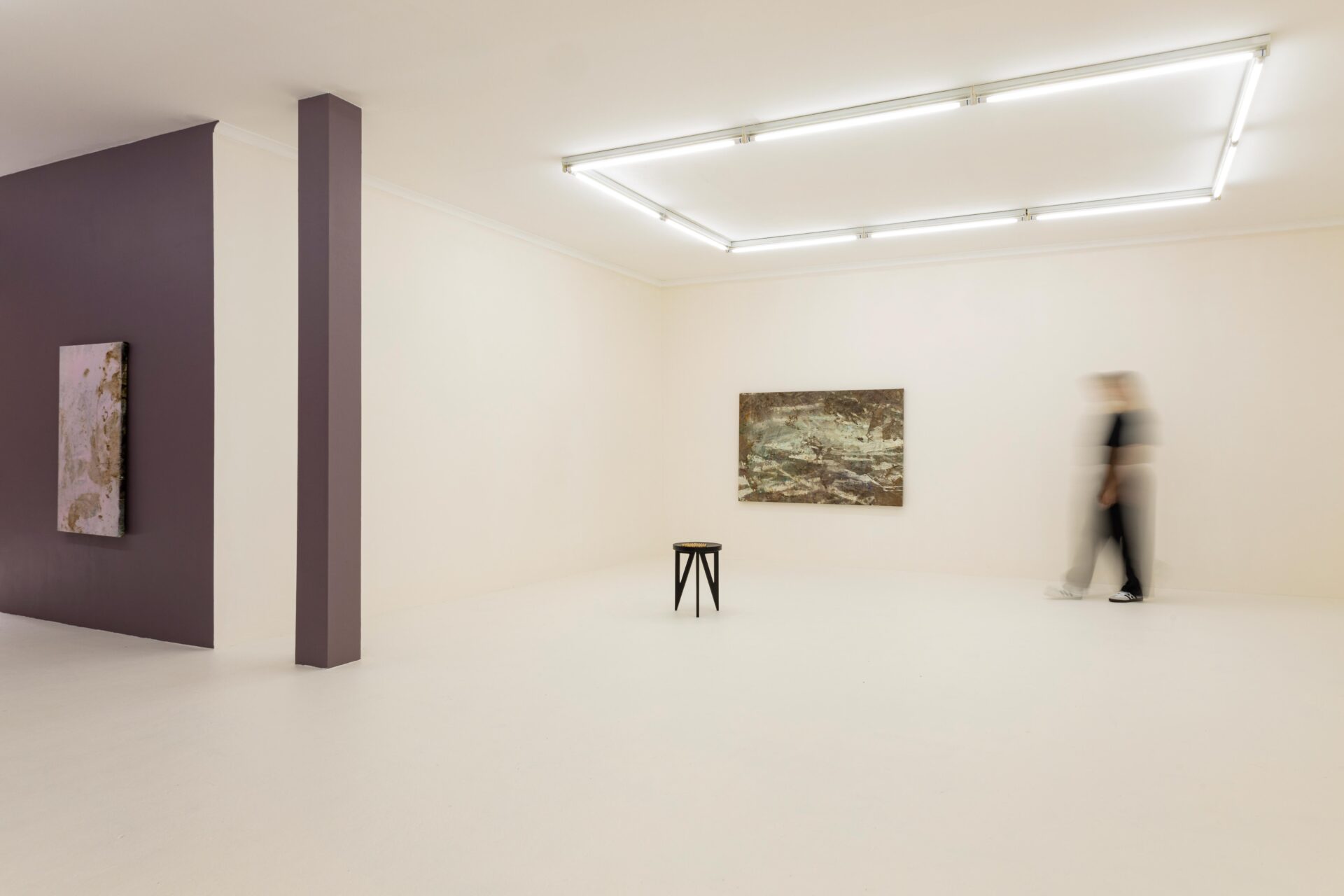 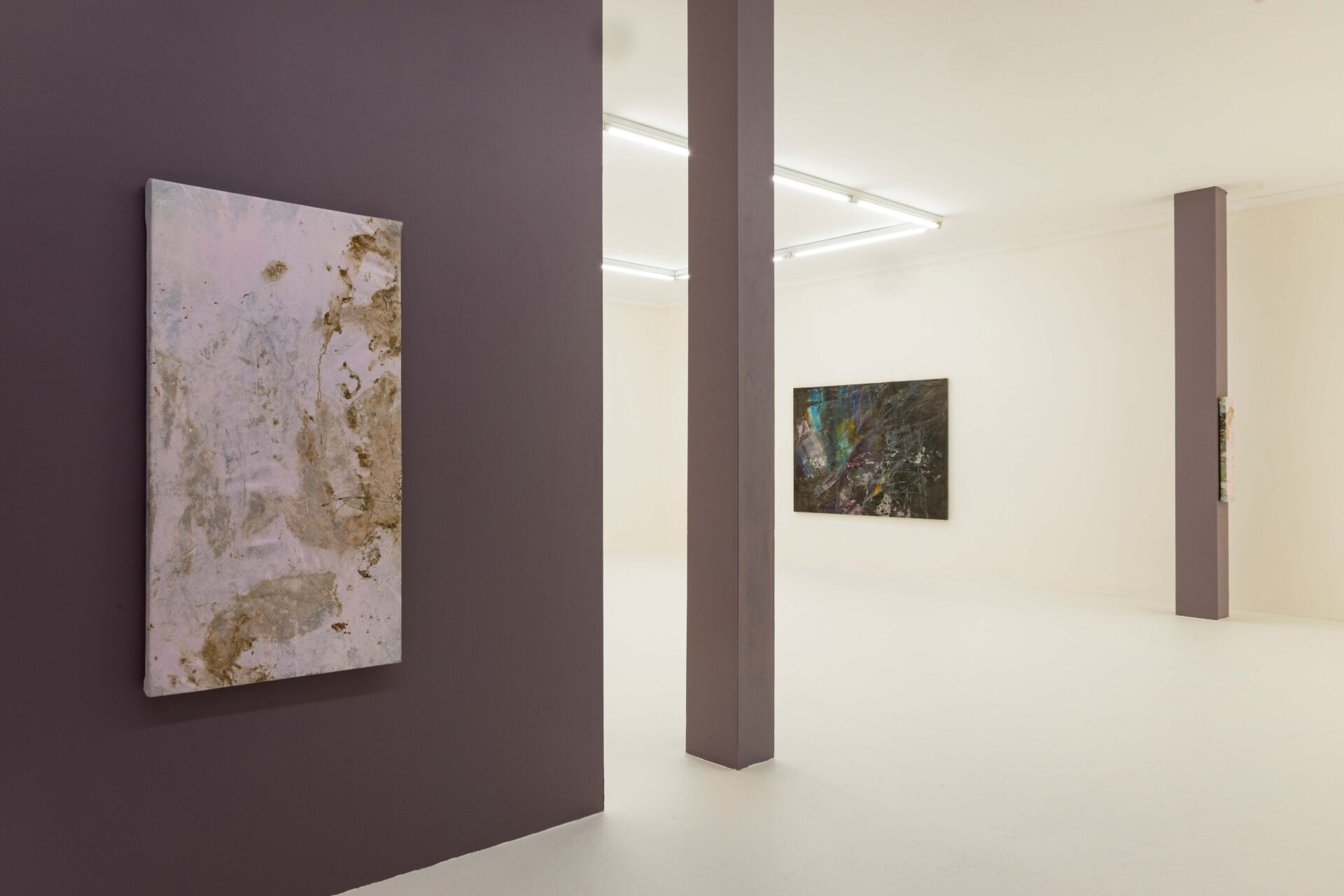 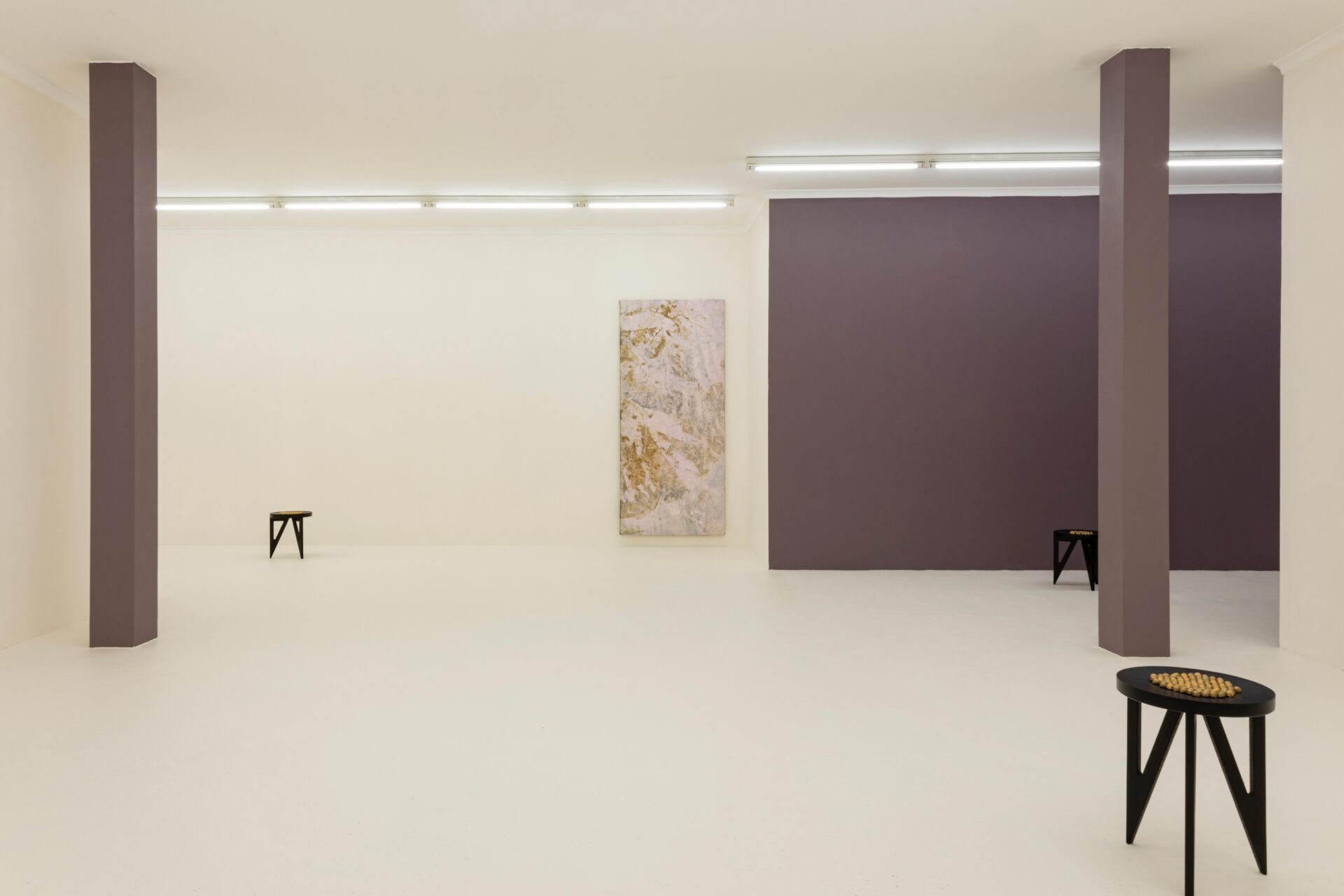 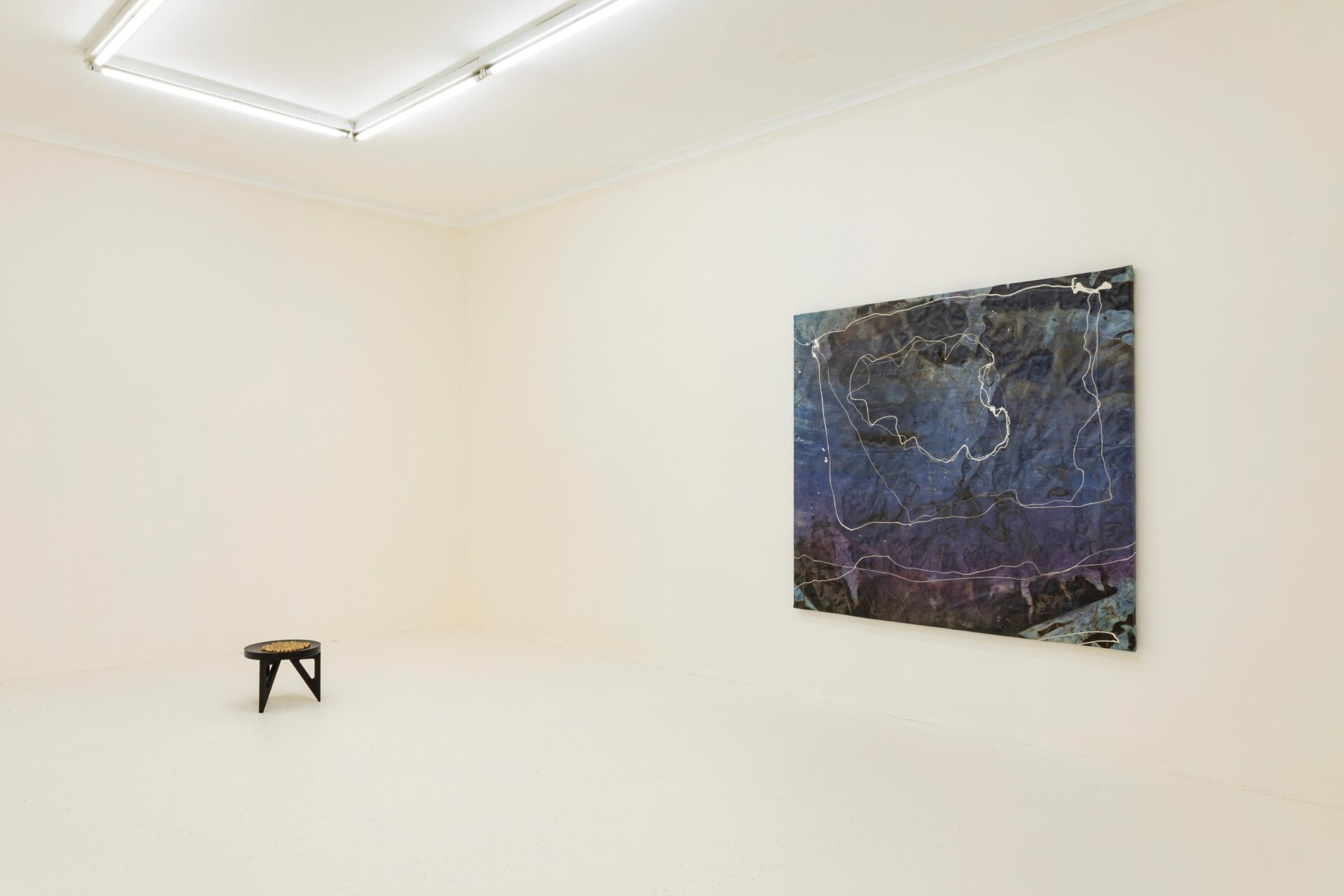 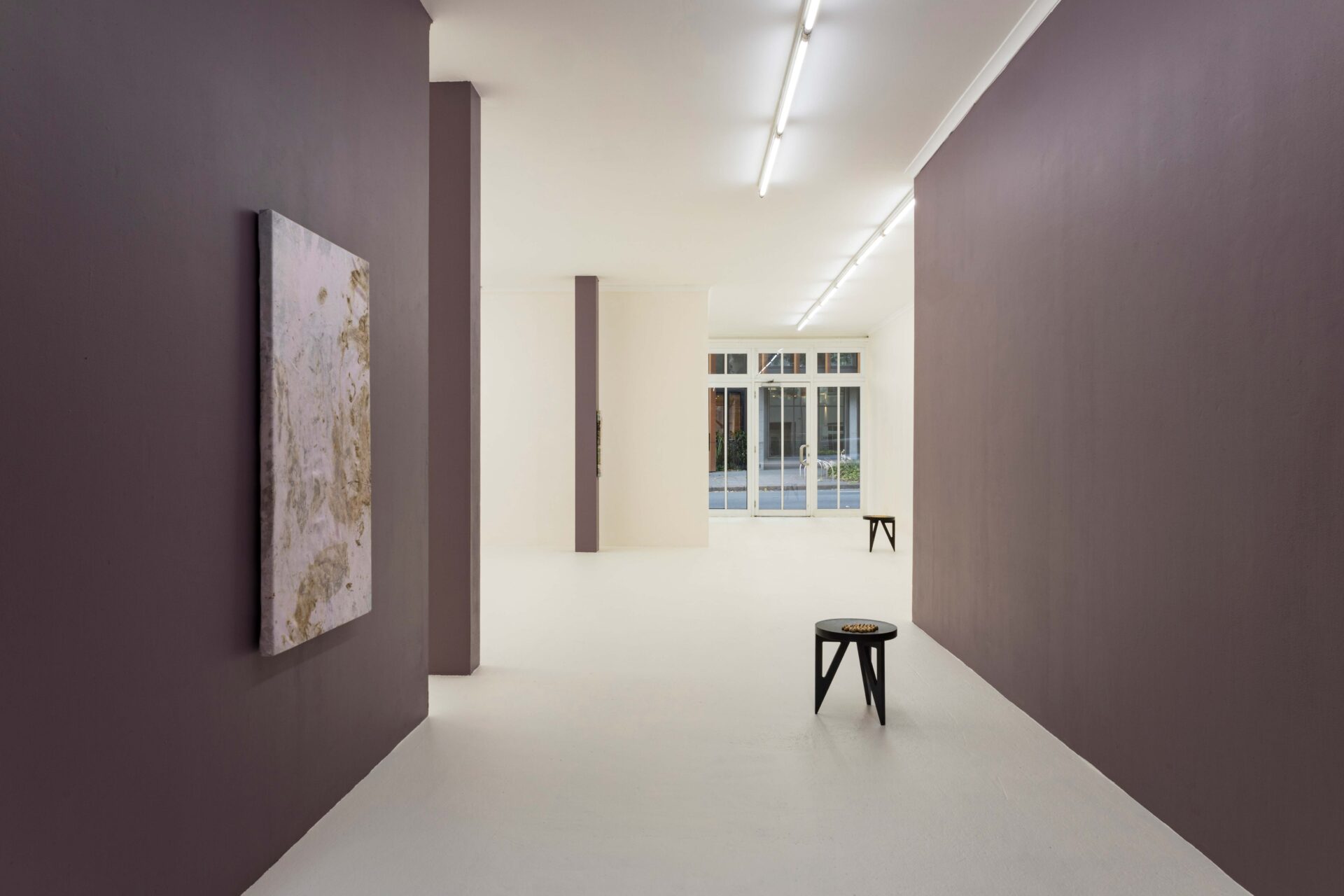 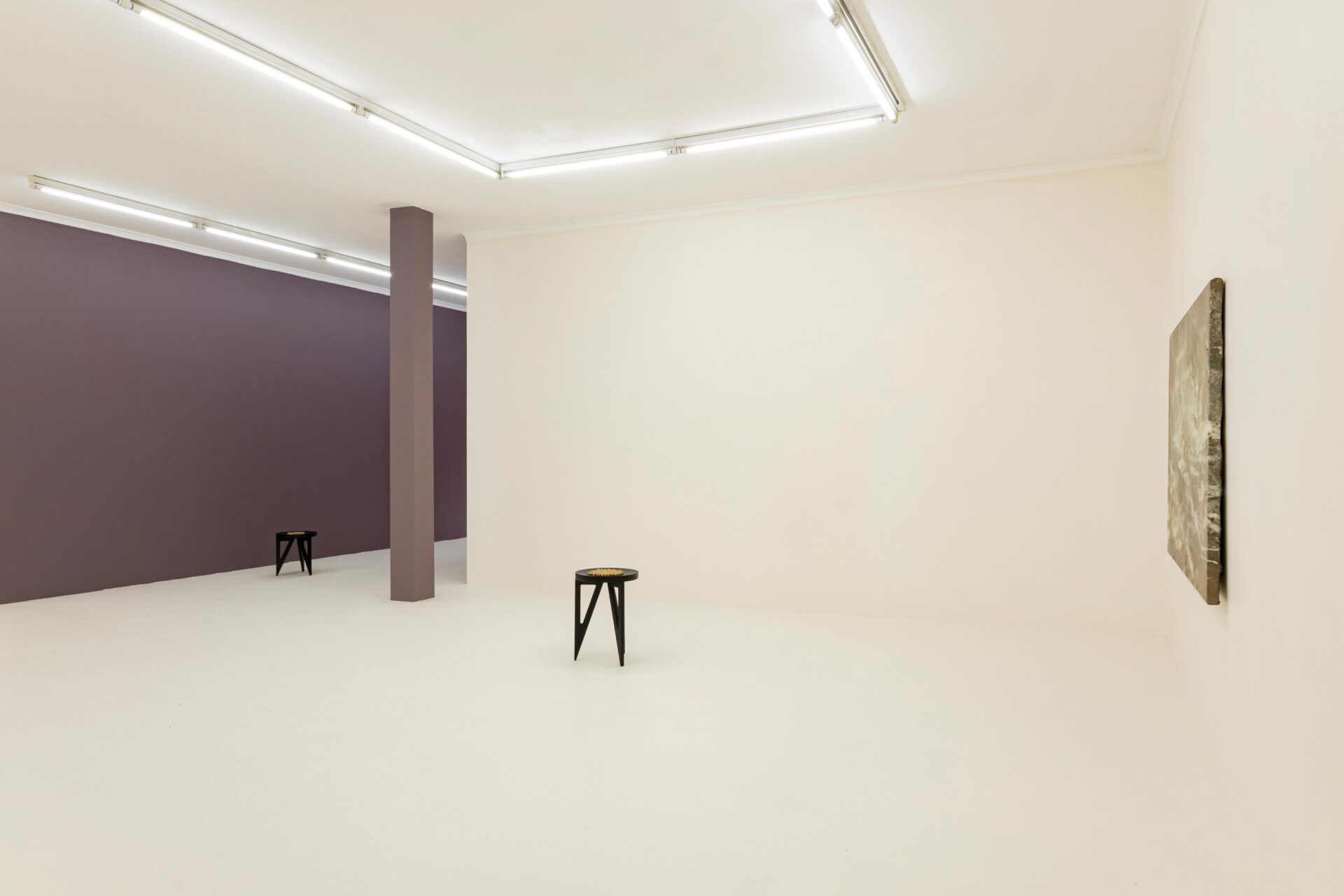 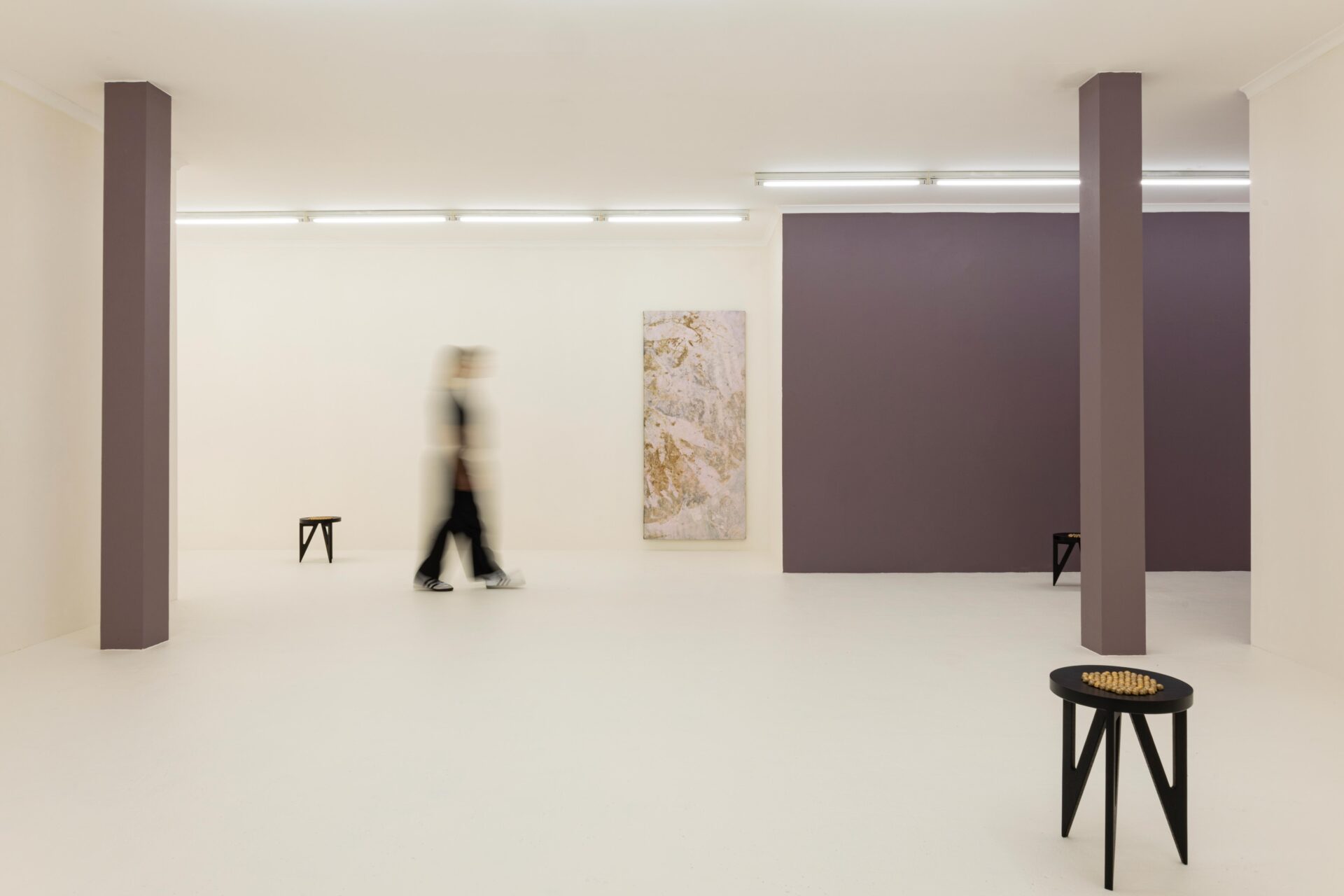