For David Keating, the first lines applied on paper mark the beginning of how the viewer comprehends imaginary space. This then starts an interplay between soft and hard, internal and external, positive and negative spaces, and from here we see both order and disorder develop.

Fascinated by the idea of comprehending sculptural objects as three-dimensional lines and expansive drawings, A Sun In His Head is the latest solo show by Keating. Simple in both medium and form the exhibition exists as a series of new work on paper and canvas. The content is encoded by a set of geometric rules to be simply seen as enclosed rooms, walls and ceilings – or what Keating describes as “containers” that become vessels to contain forms that define their contents.

The relationship of the body to architecture is fundamental in Keating’s work. Architecture, in a sense, is how the West has “civilized” and ordered space. Our enclosures embody our own ideas of ourselves’.  Through architectural anthropomorphism, Keating conveys a fascination with the idea of re-immersing the body and imagination into a language within the binary nature in which our world is encoded.

This new series is primarily concerned with objects that look like how they should, and then, how through their emergence in line become something else. These objects are in turn defined by their interrelationships with the environment and other objects. In drawing, the implied “meaning” of an object is continuously reborn with new relationships to space, time and their prosaic associations. 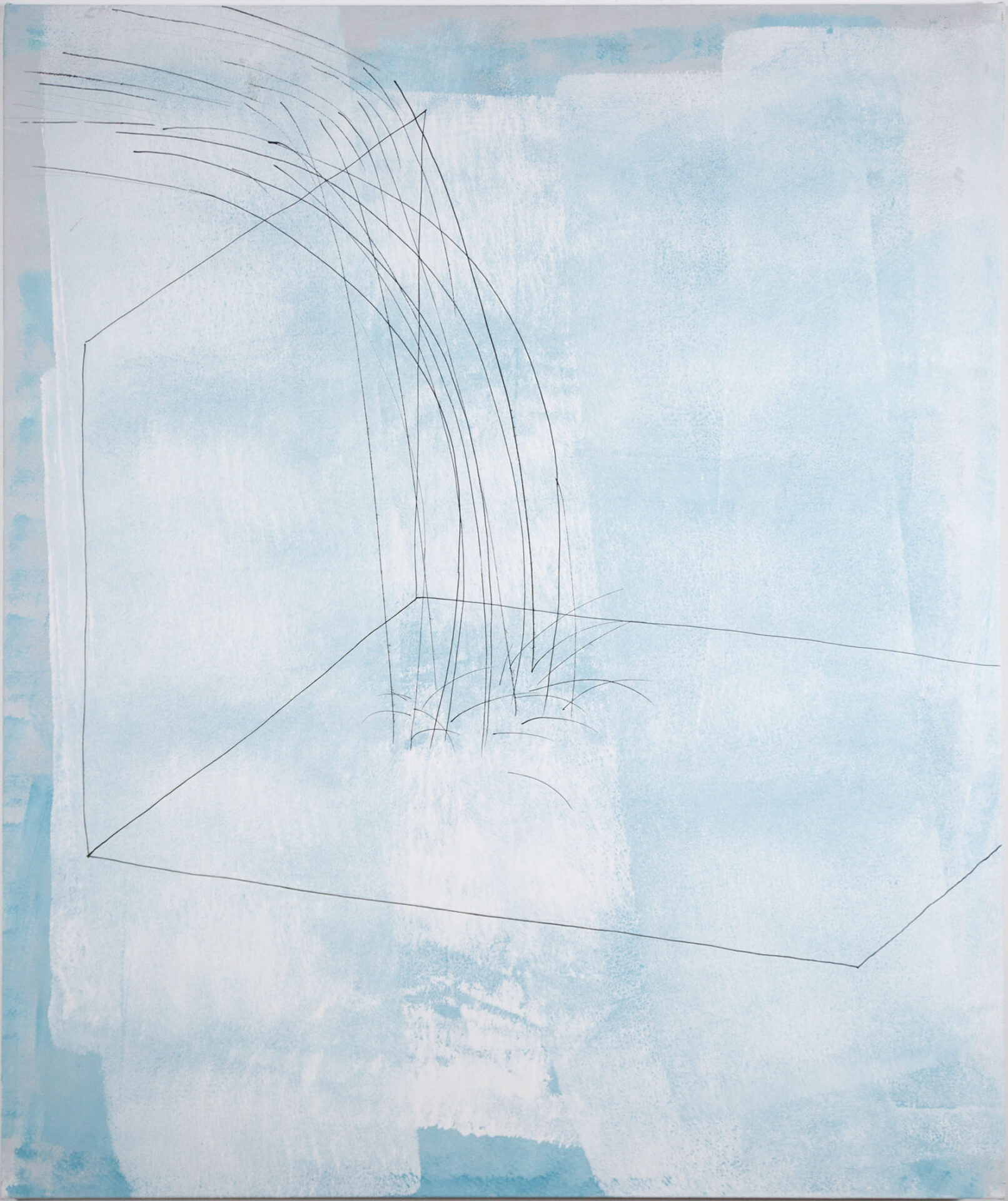 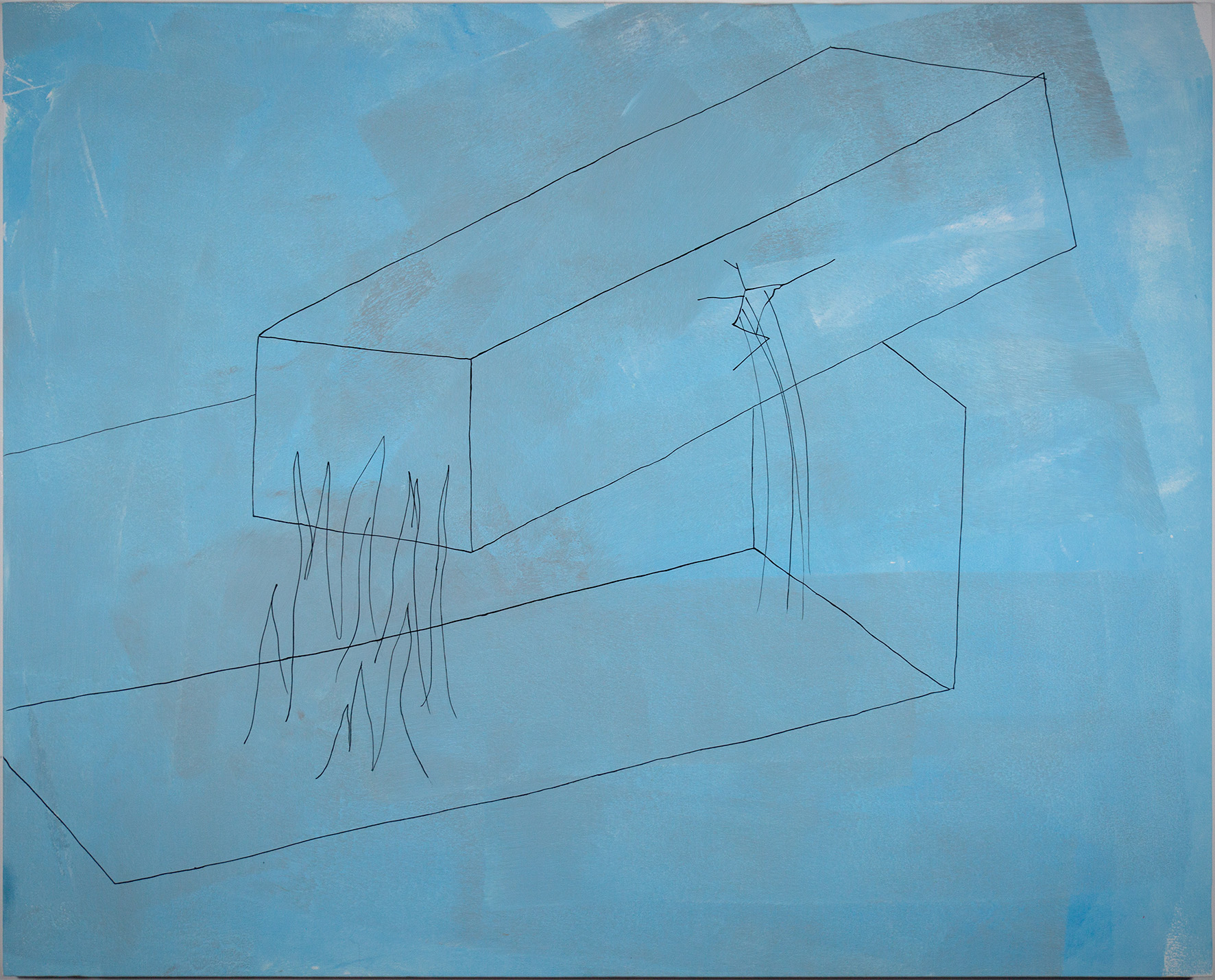 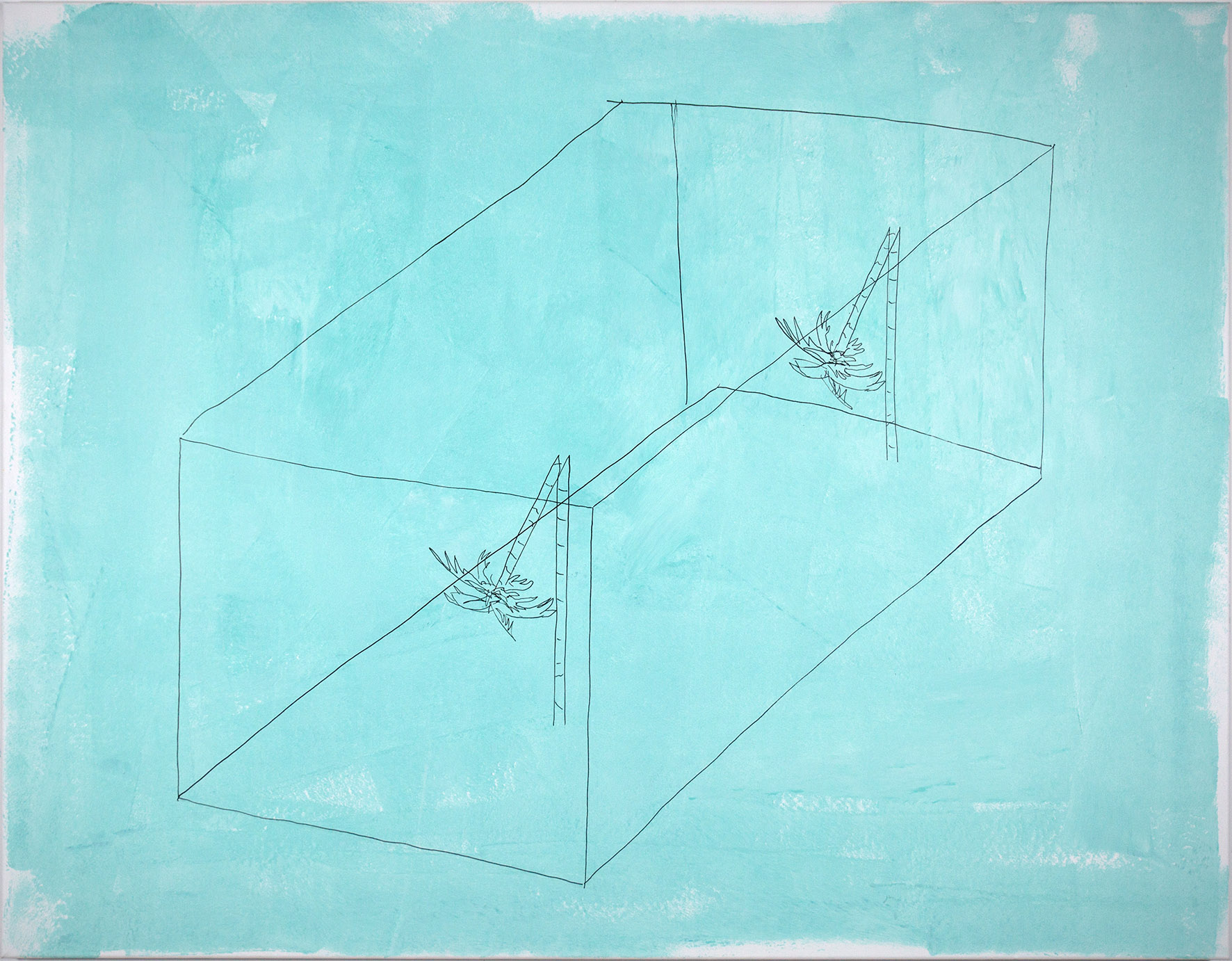 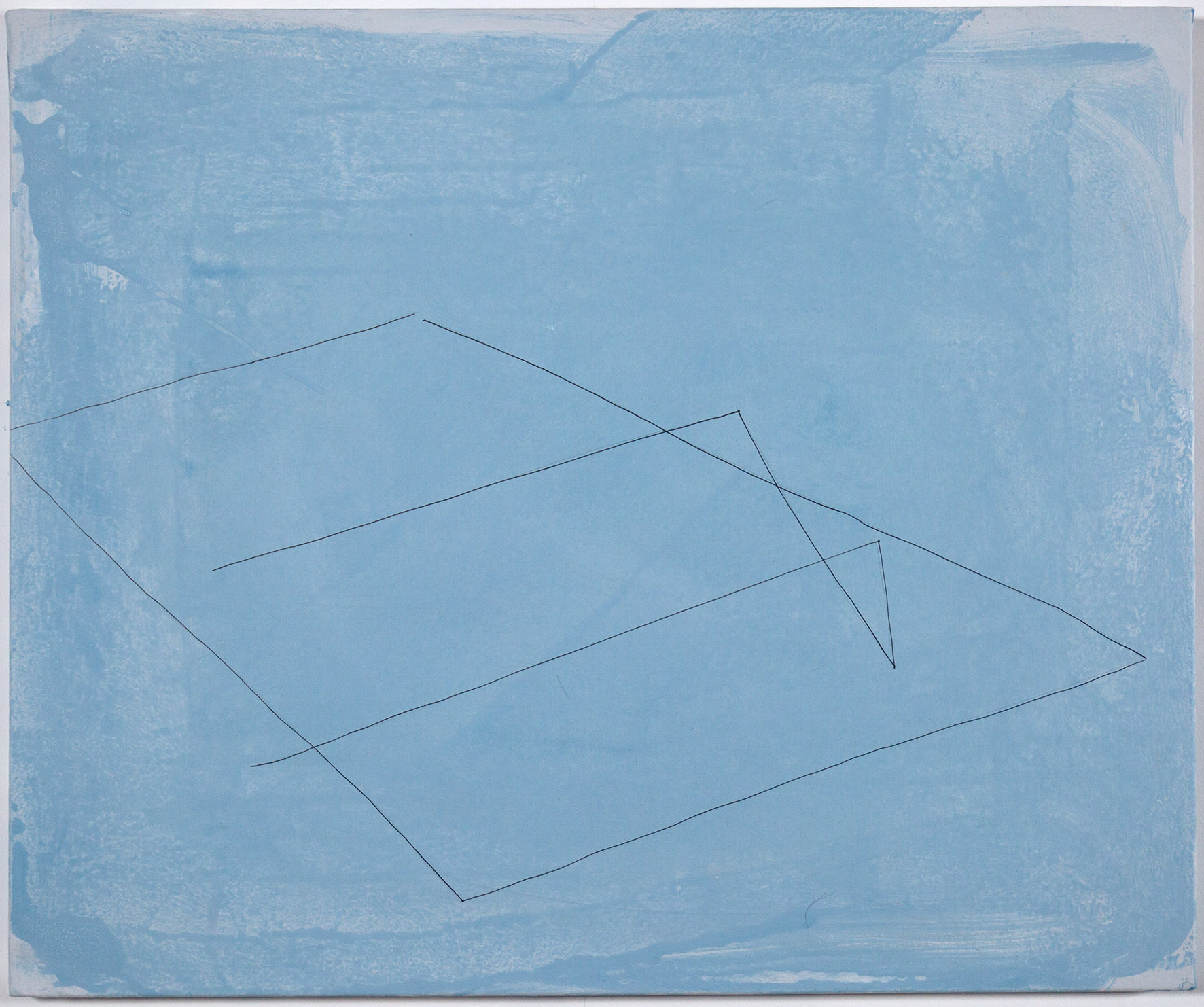 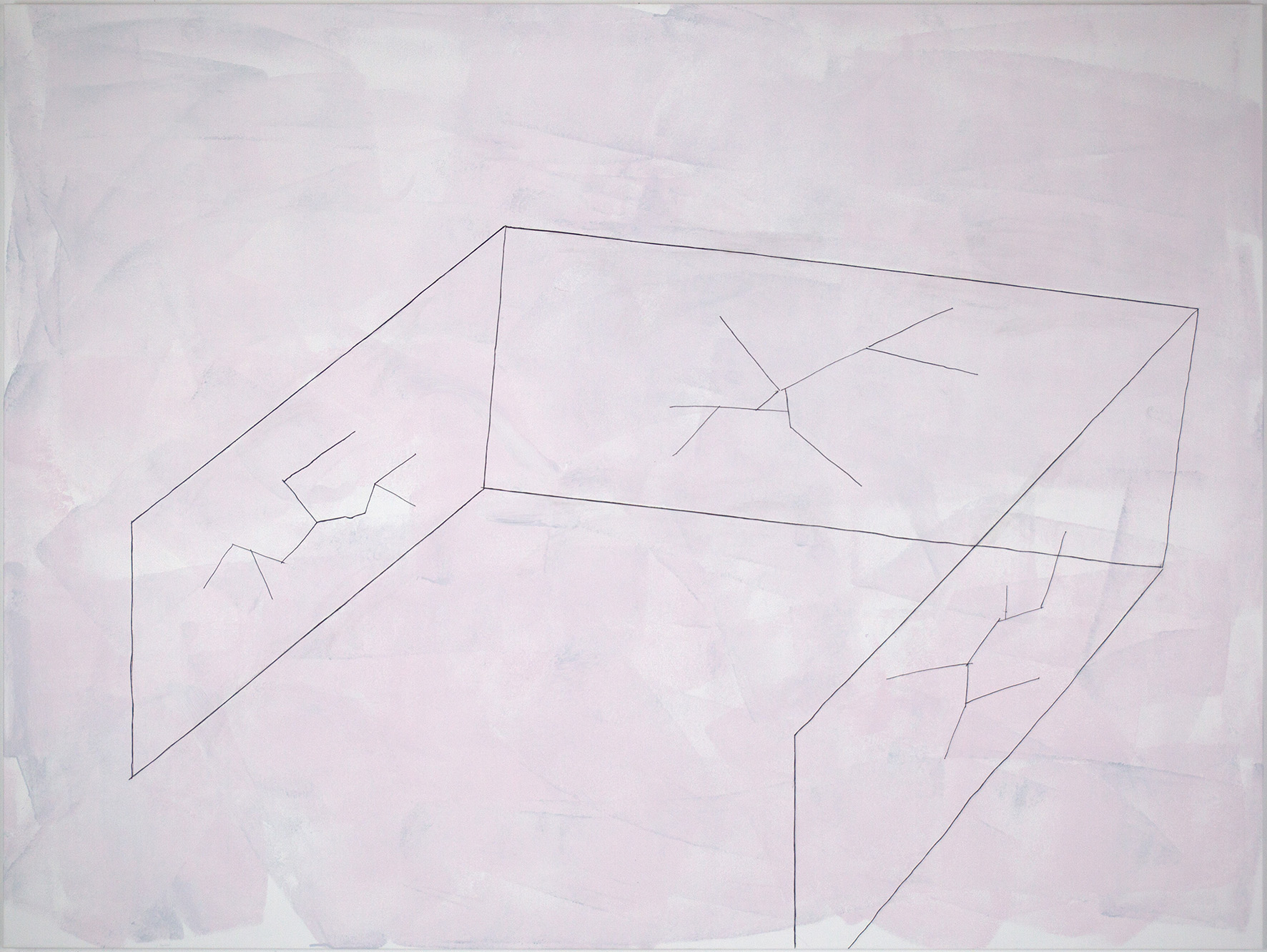 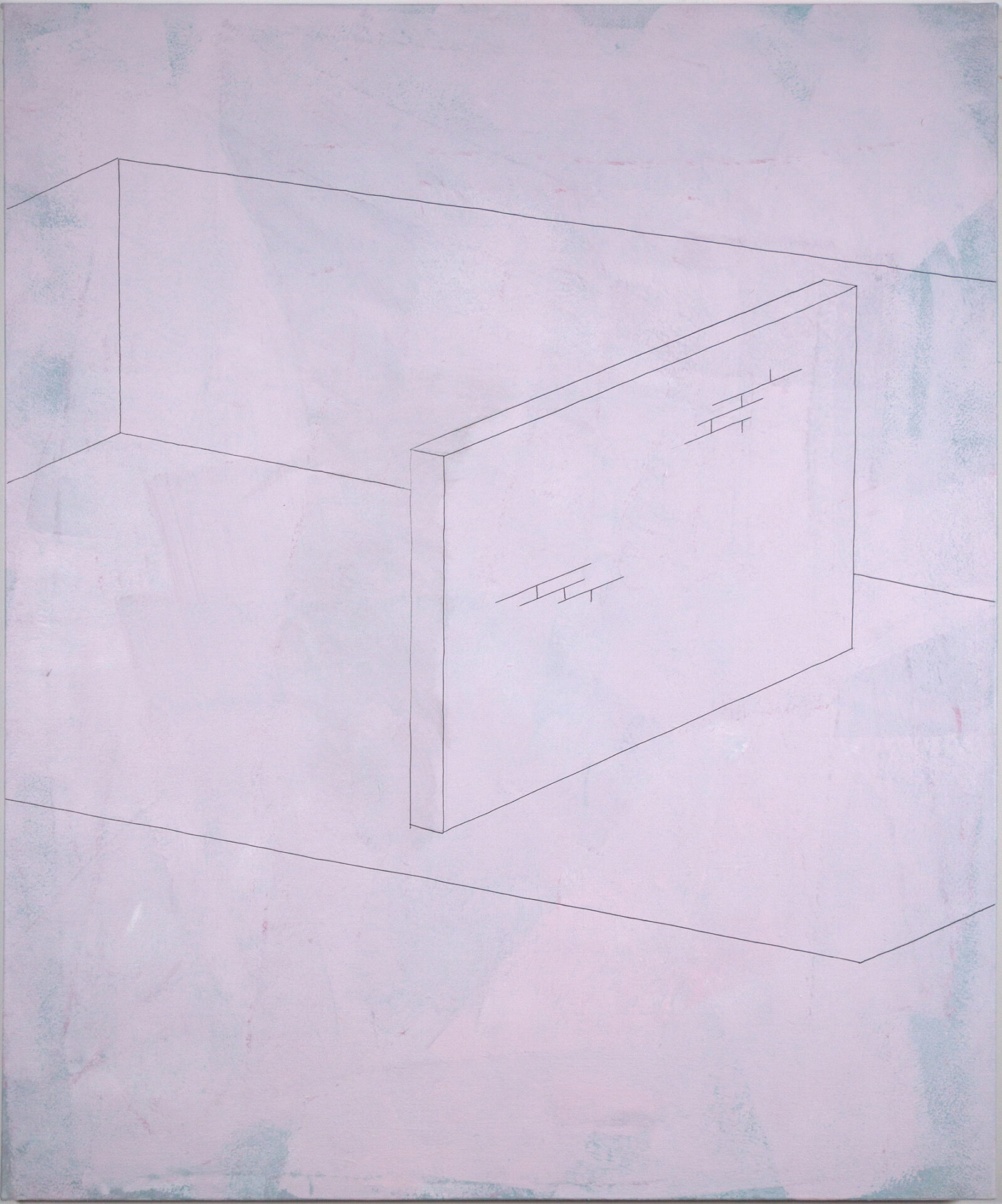 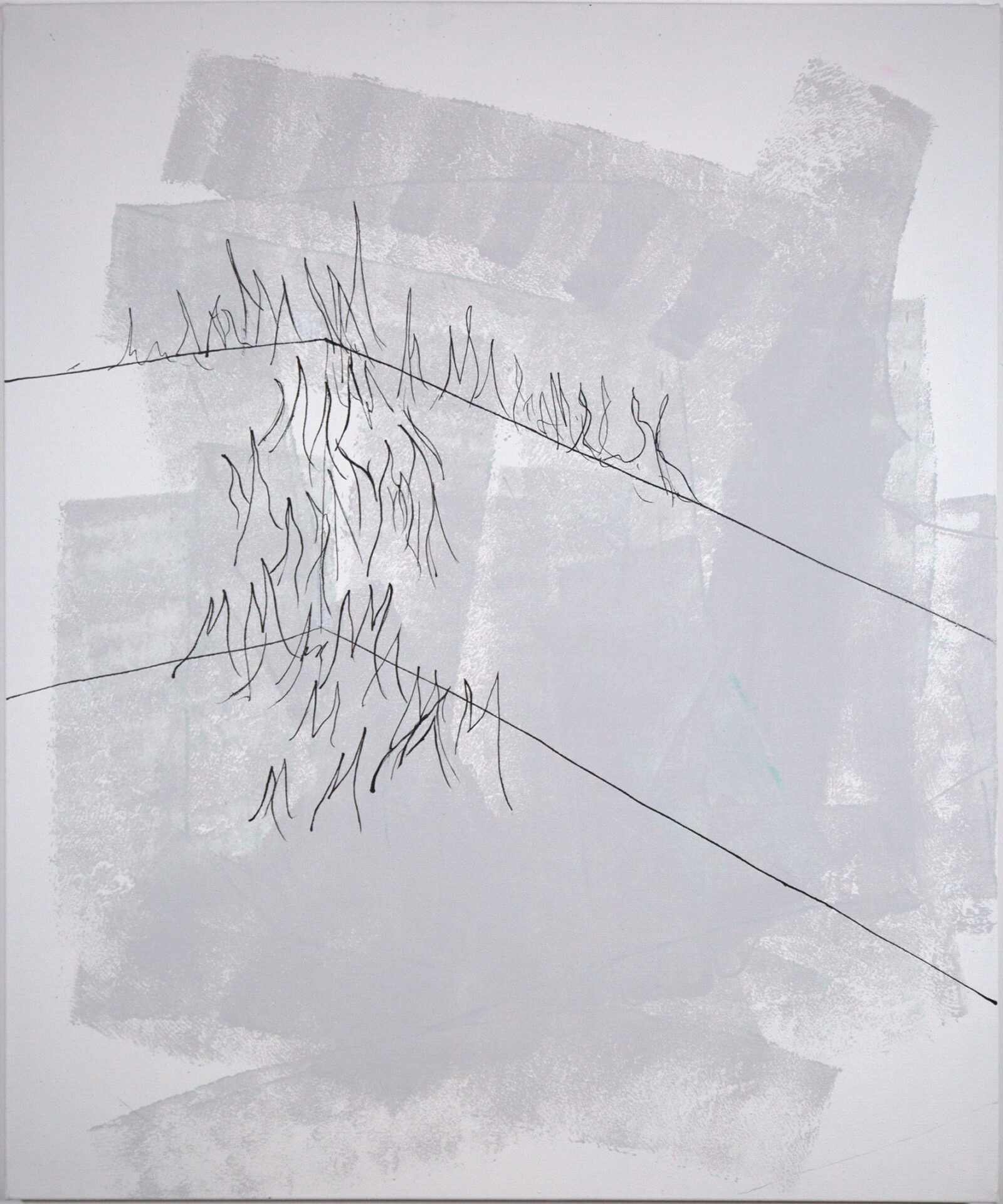 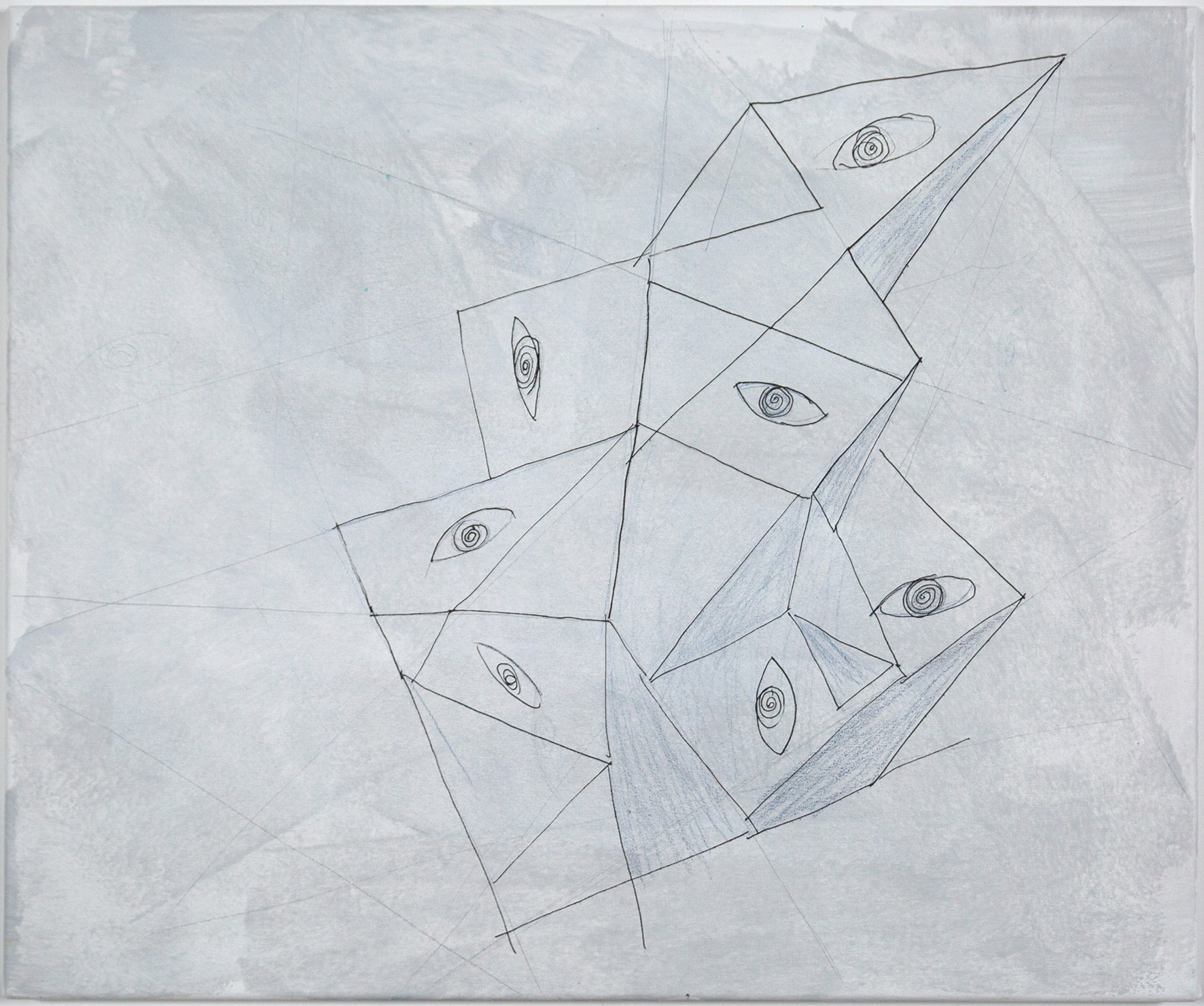 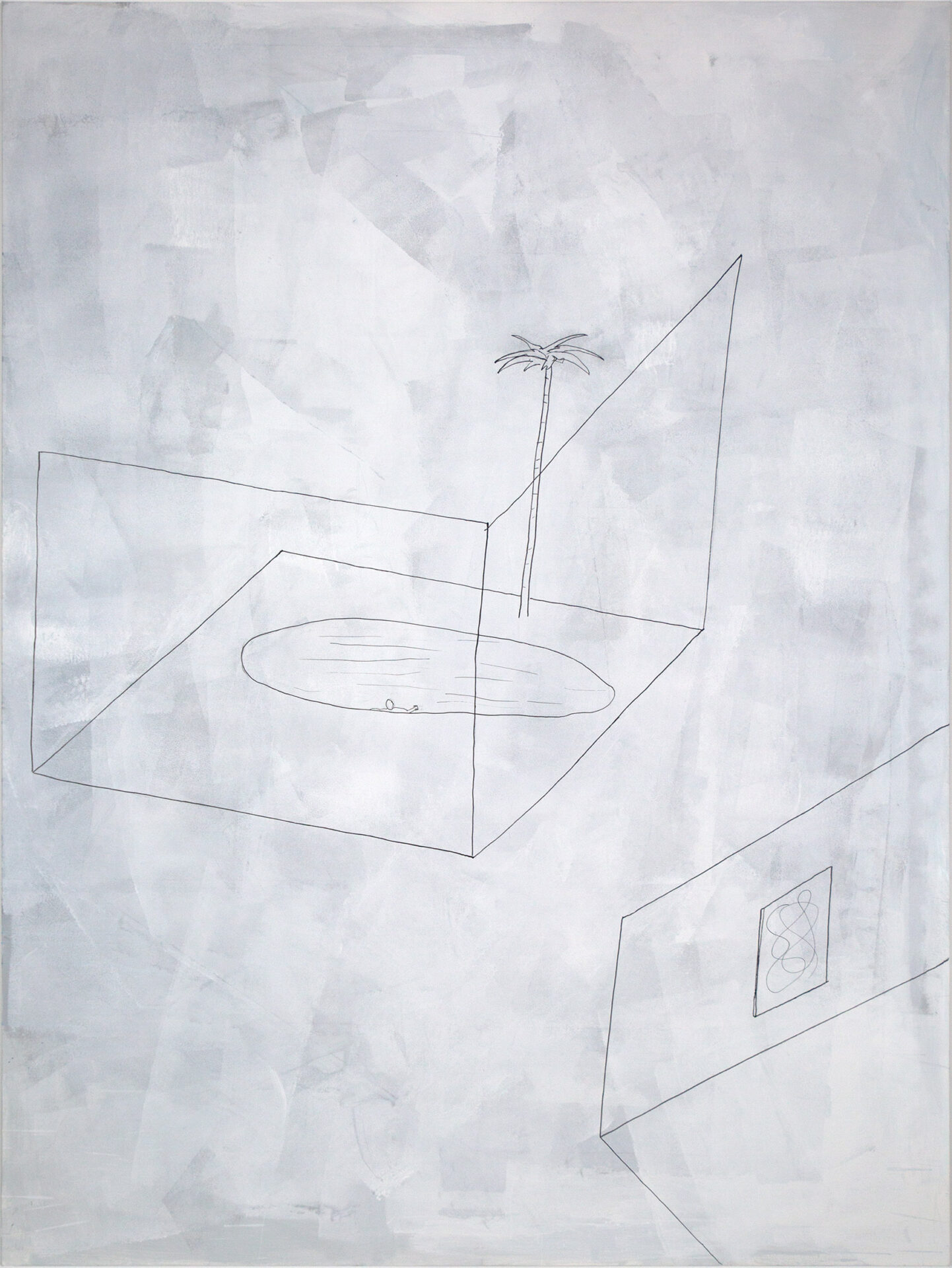 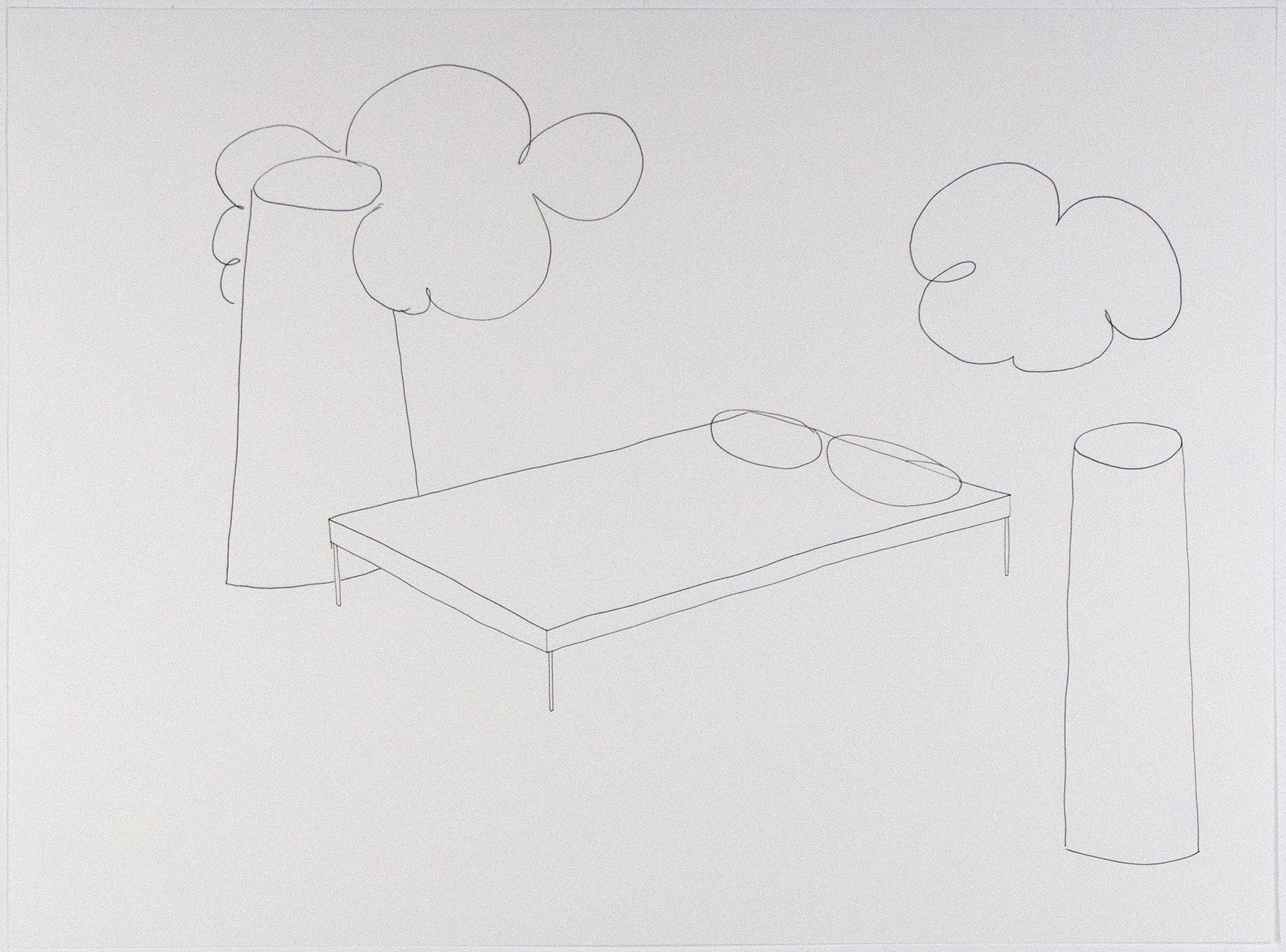 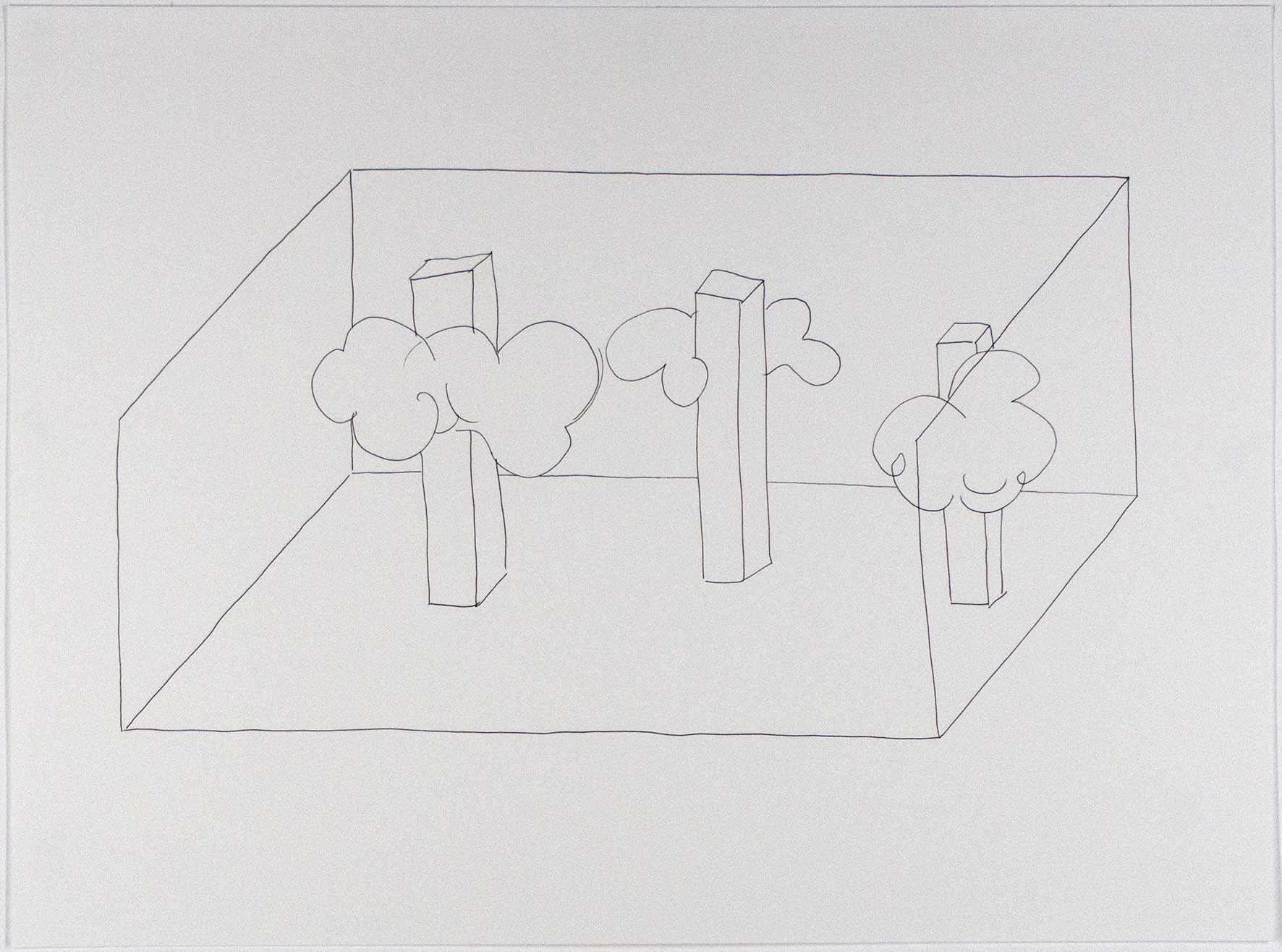 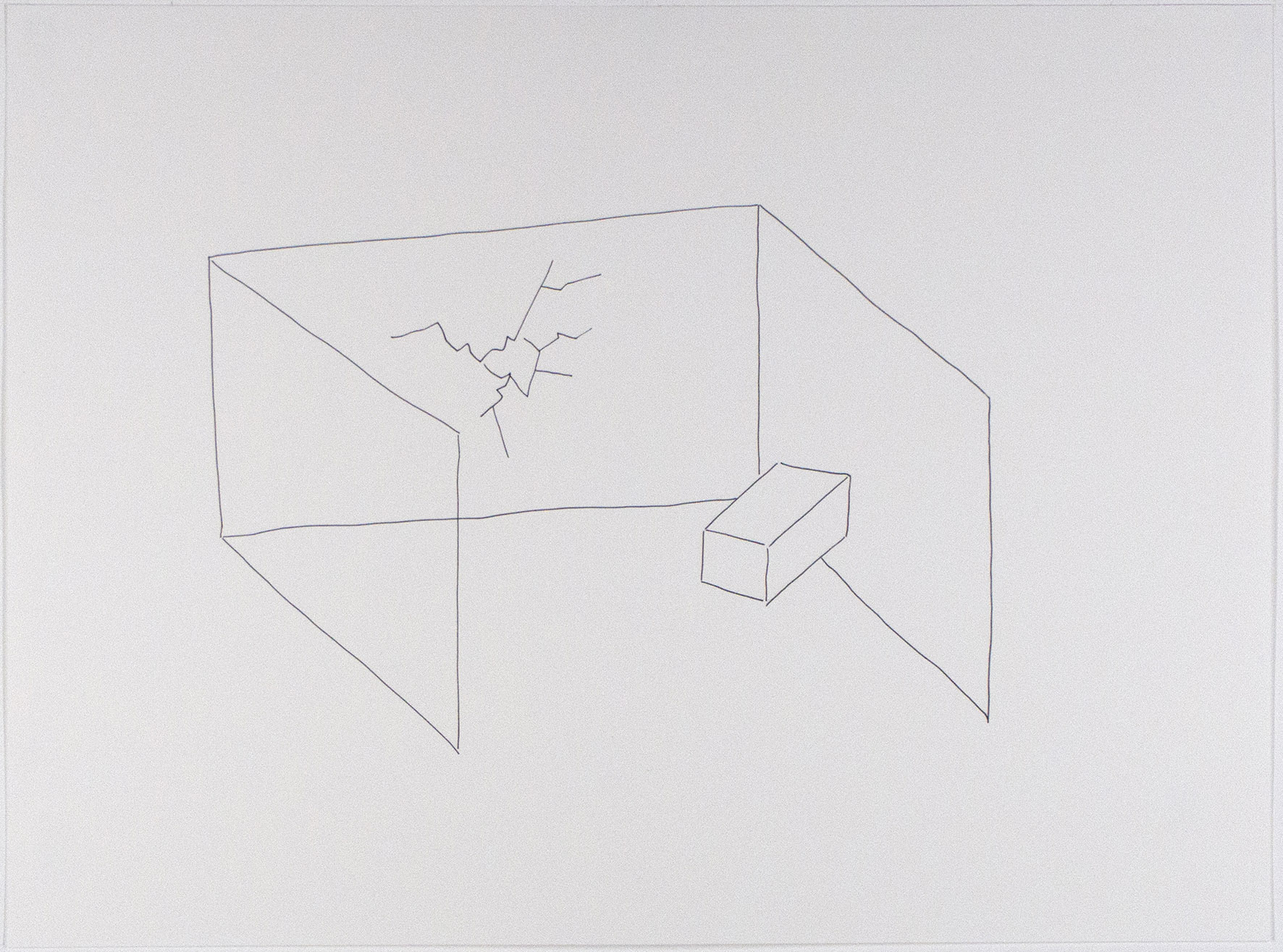 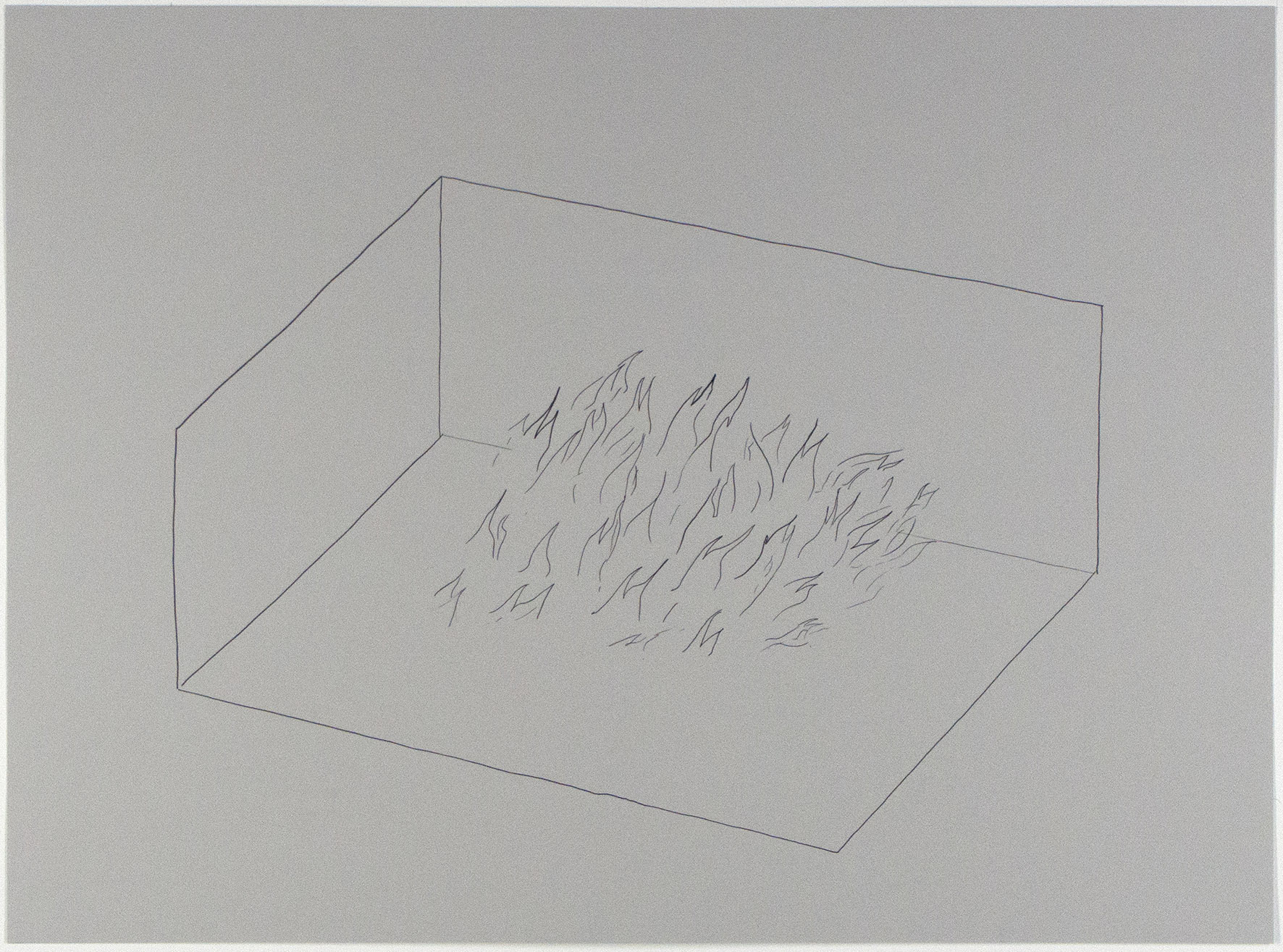 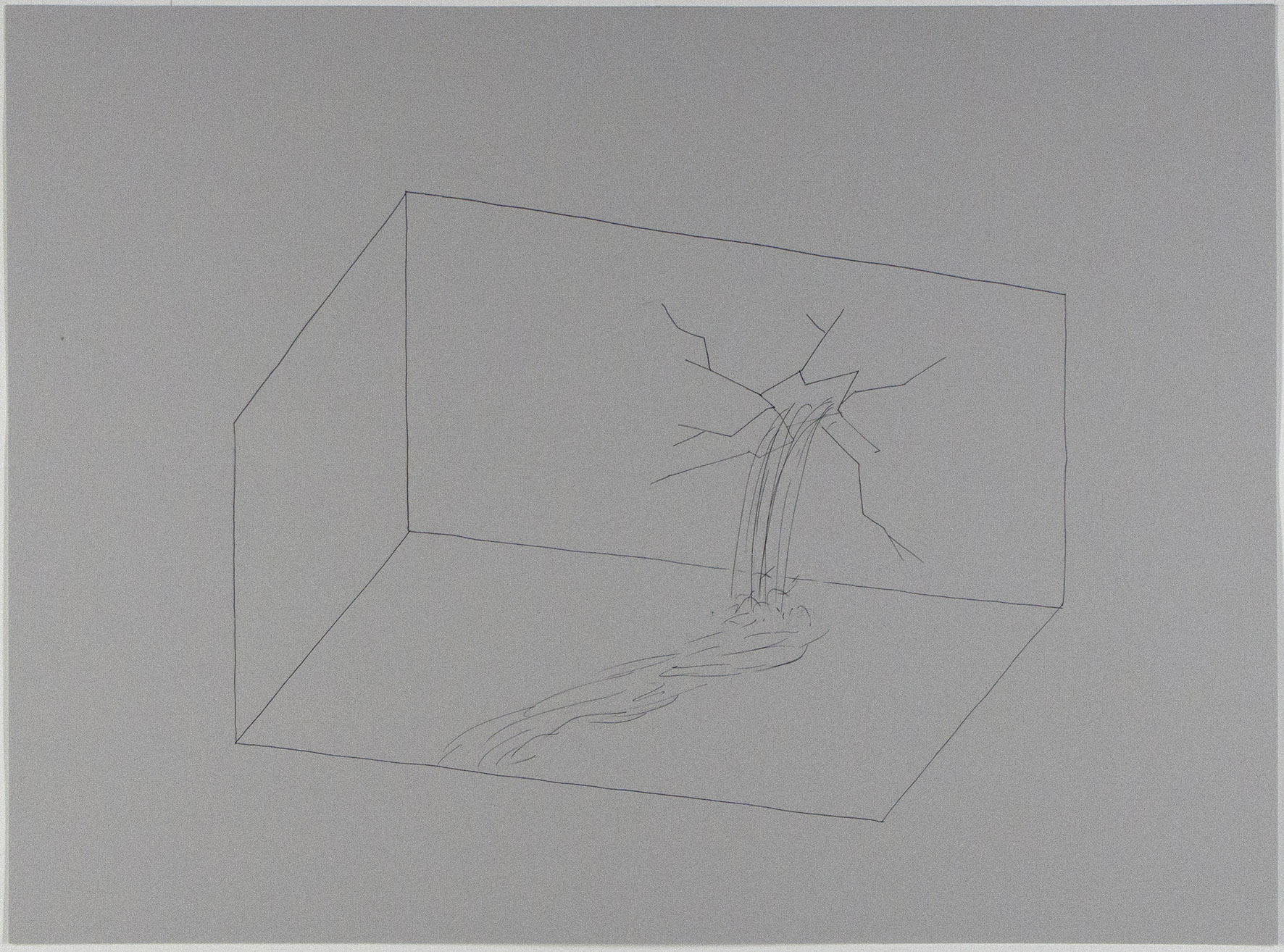 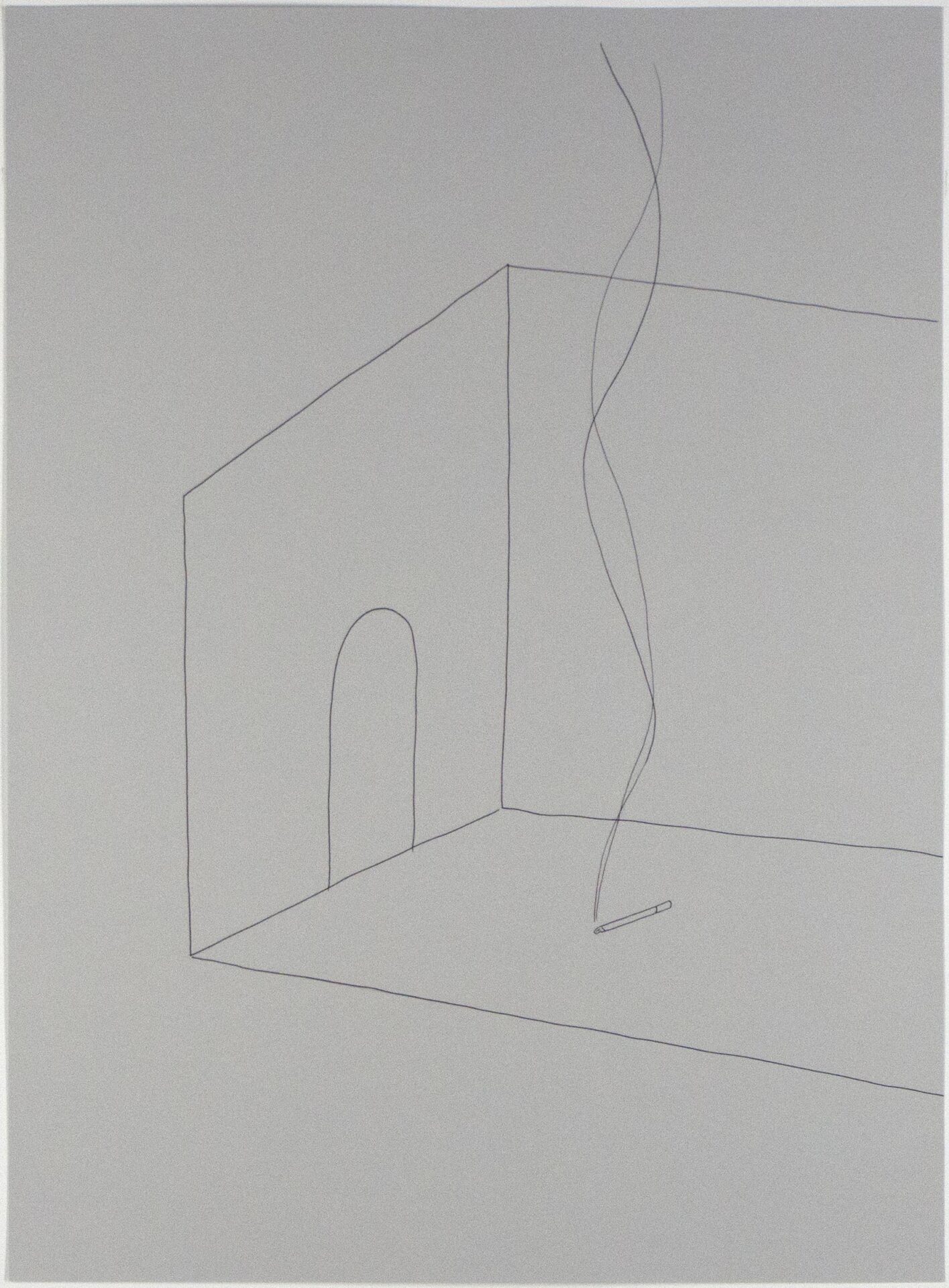 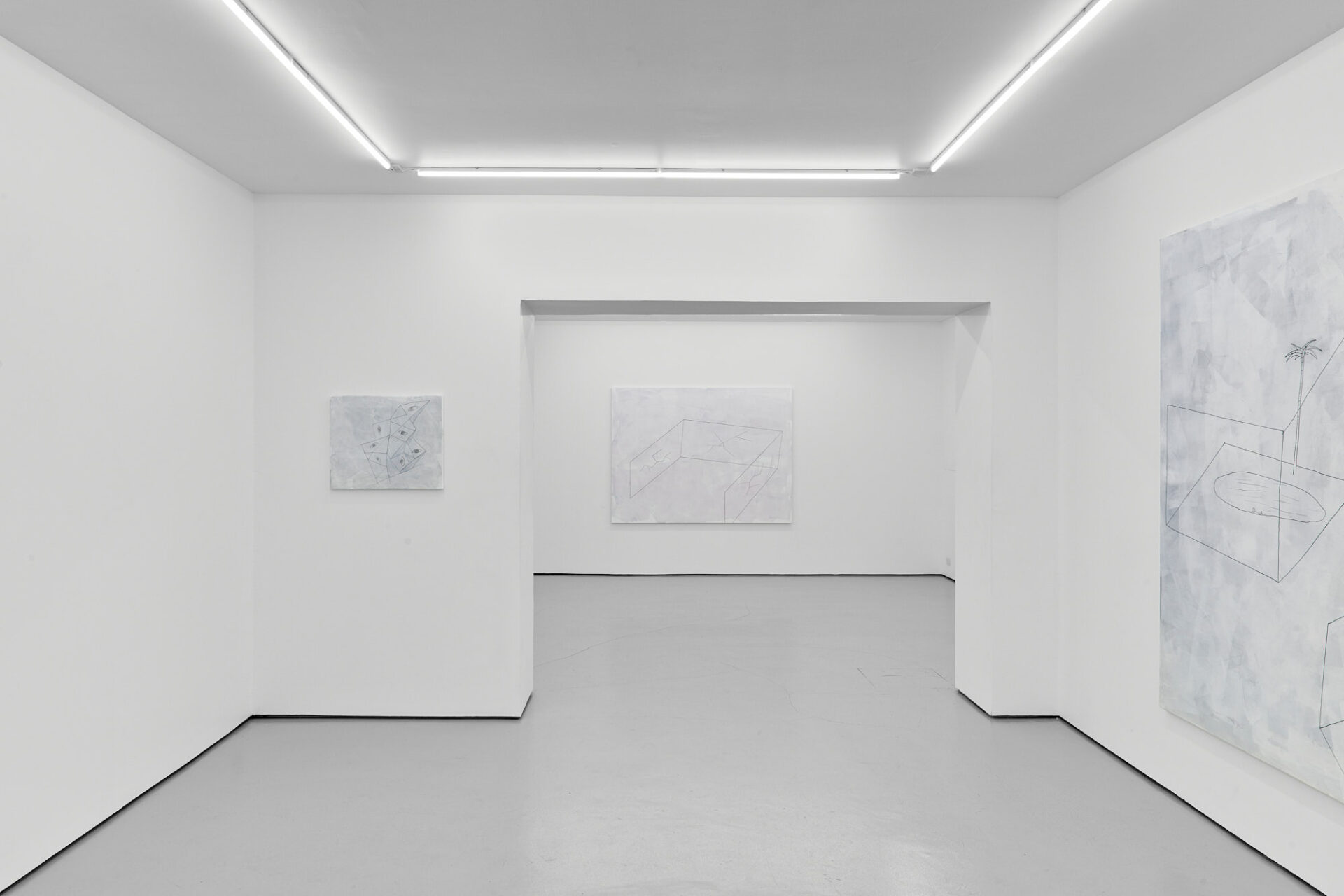 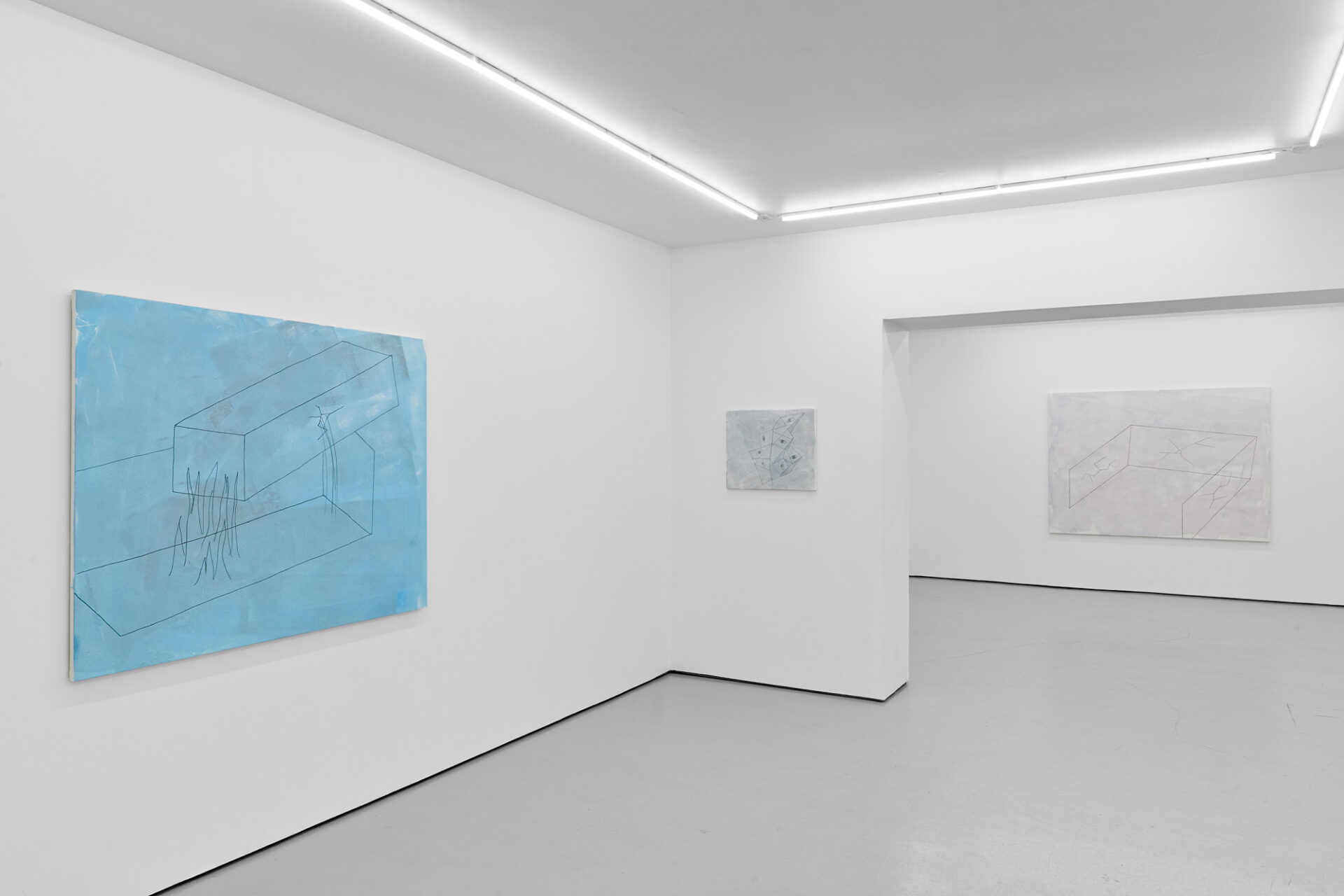 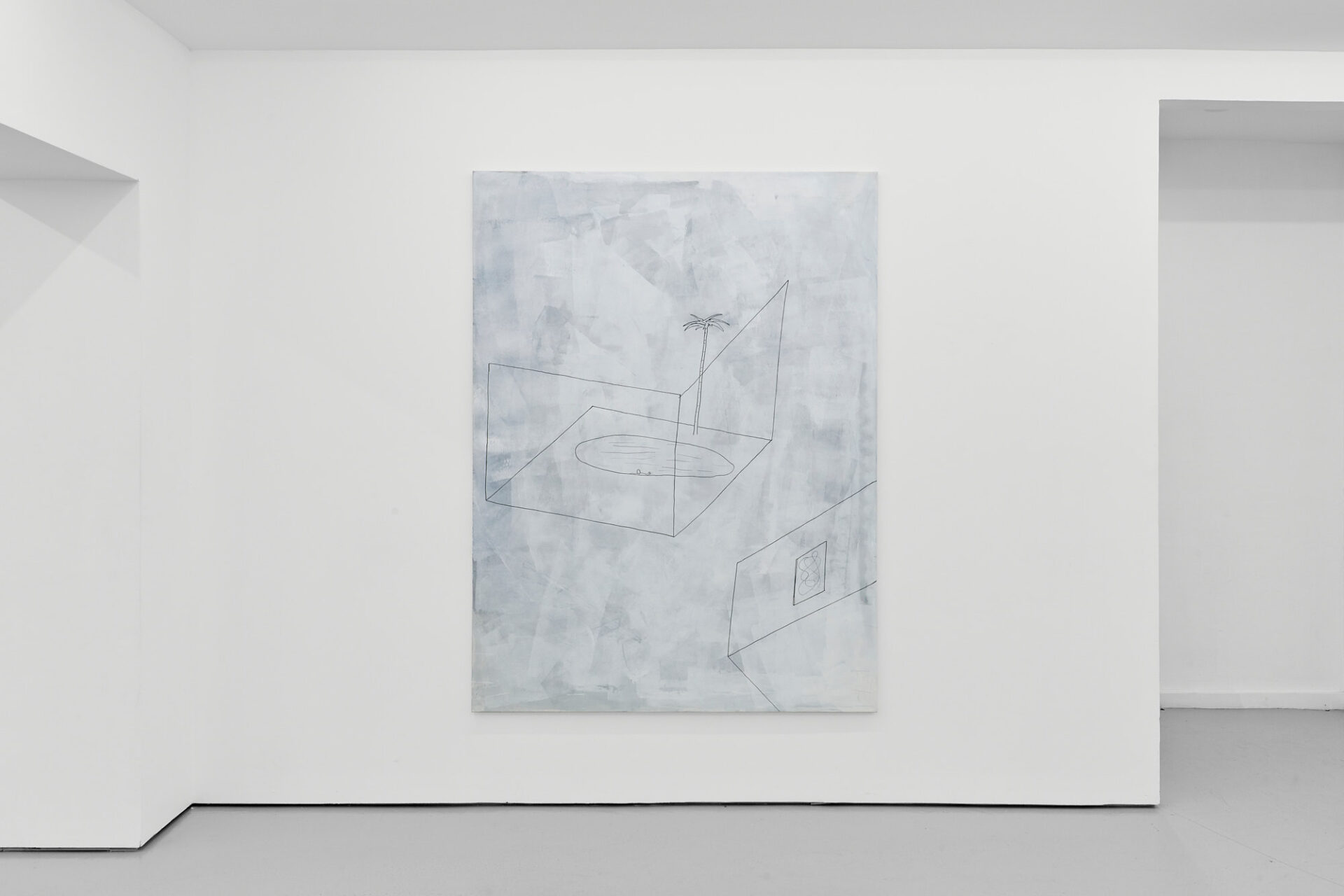 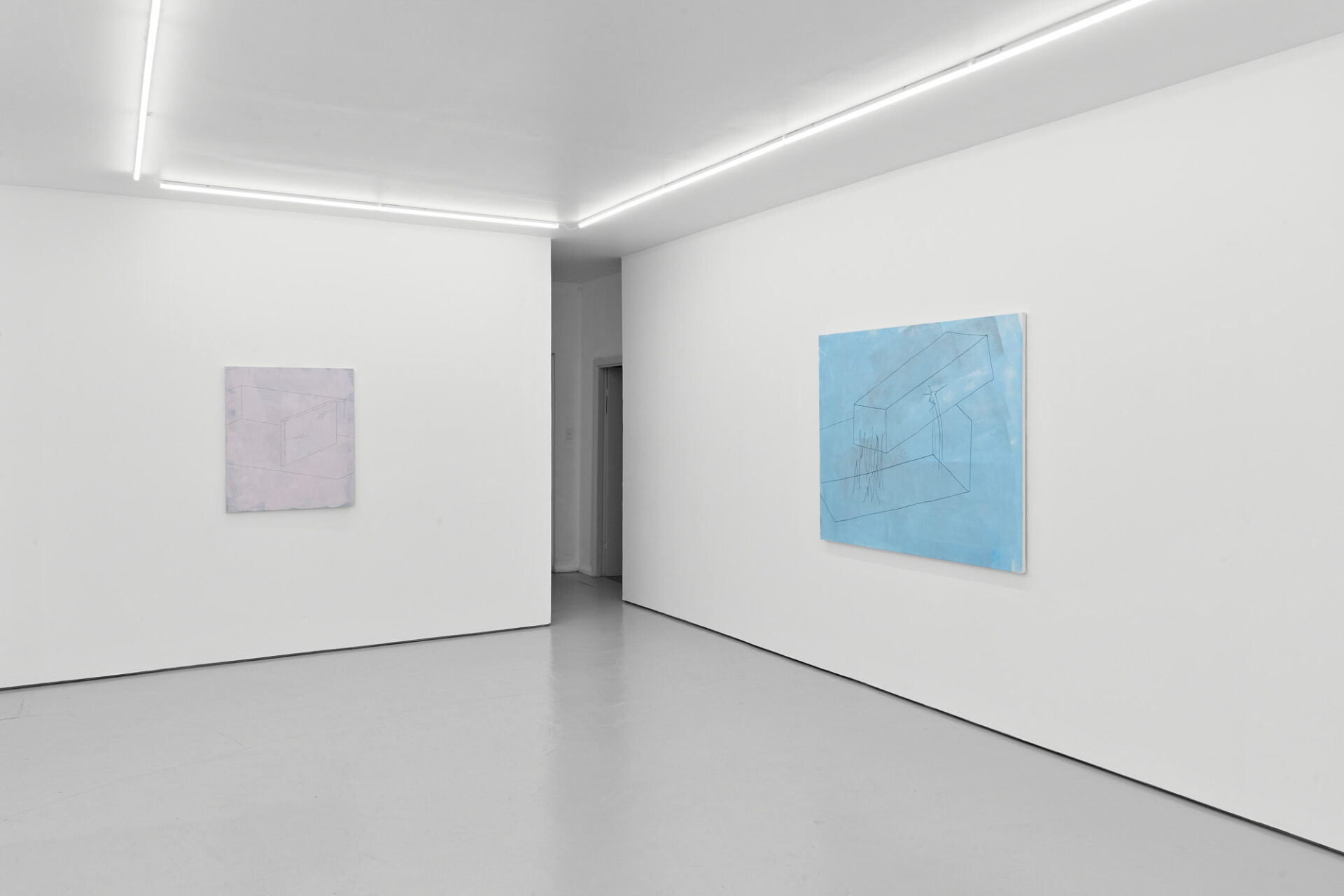 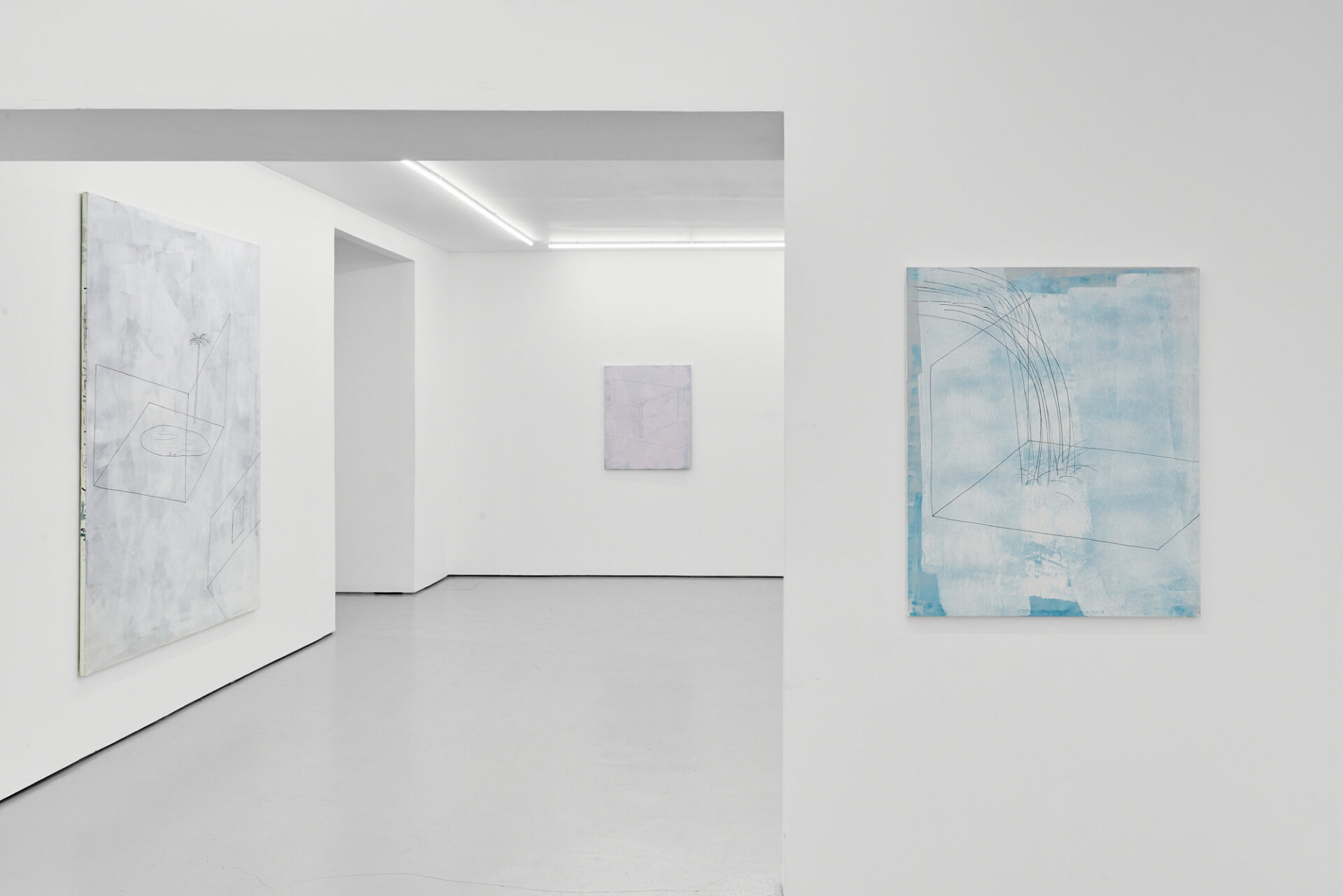 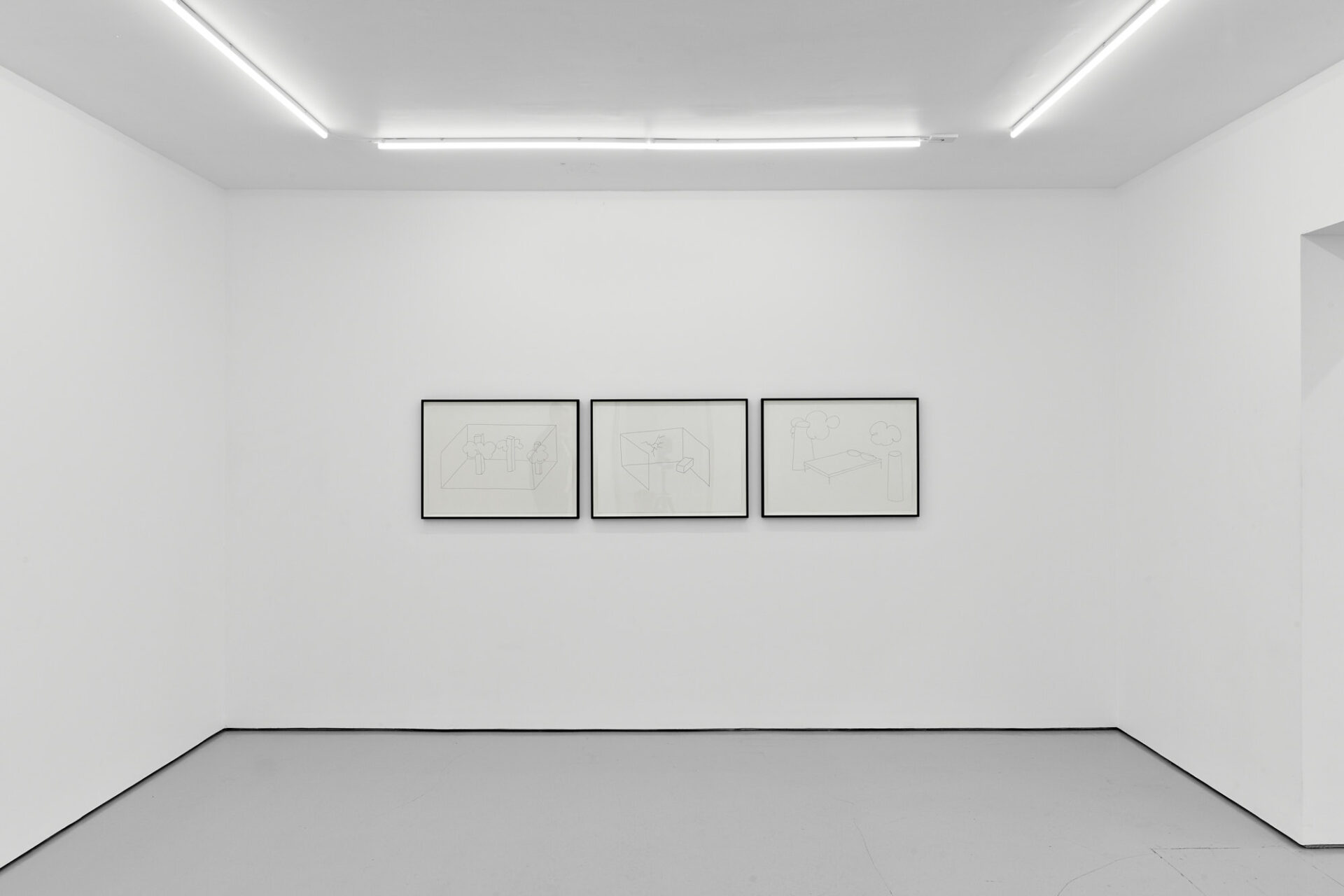 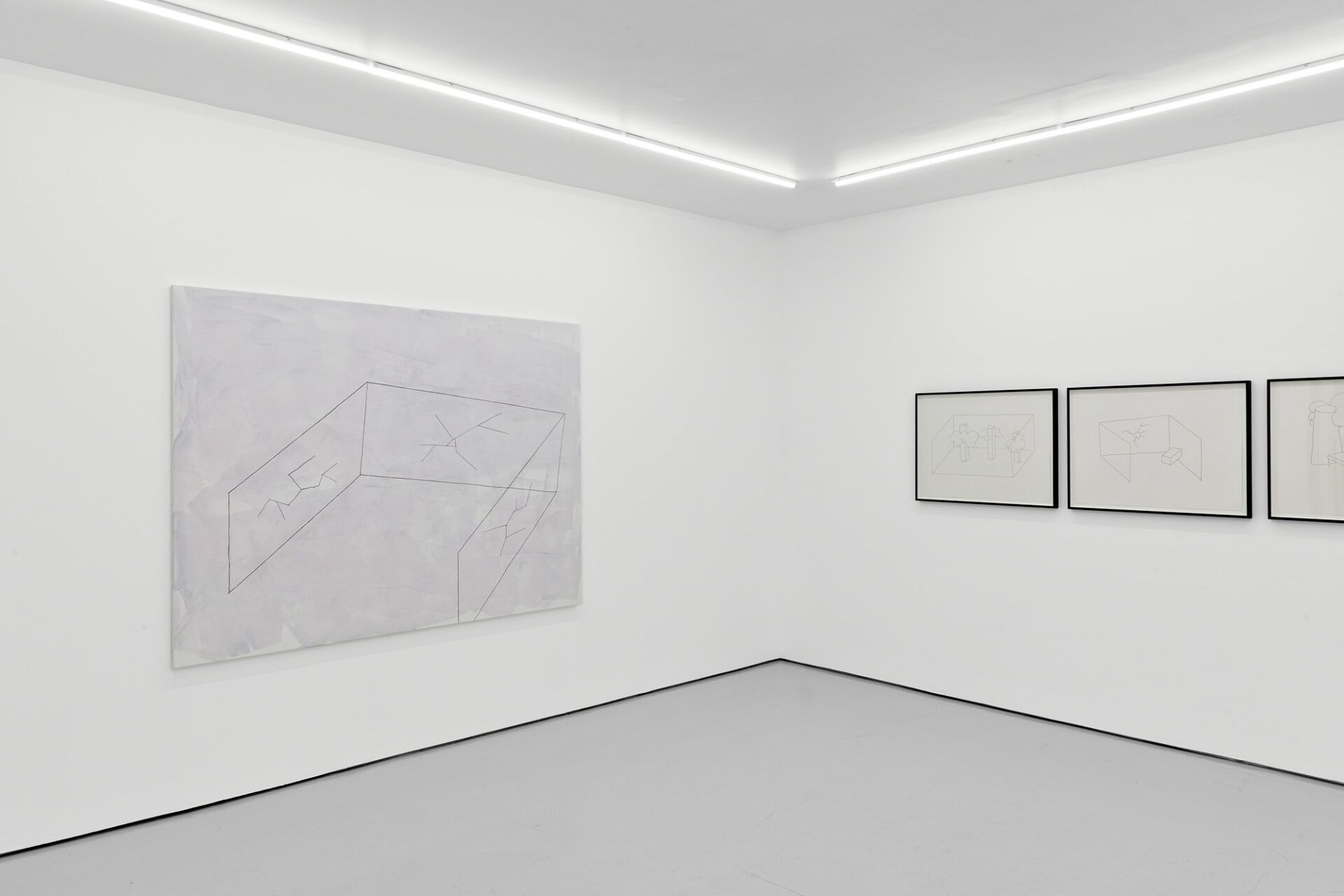 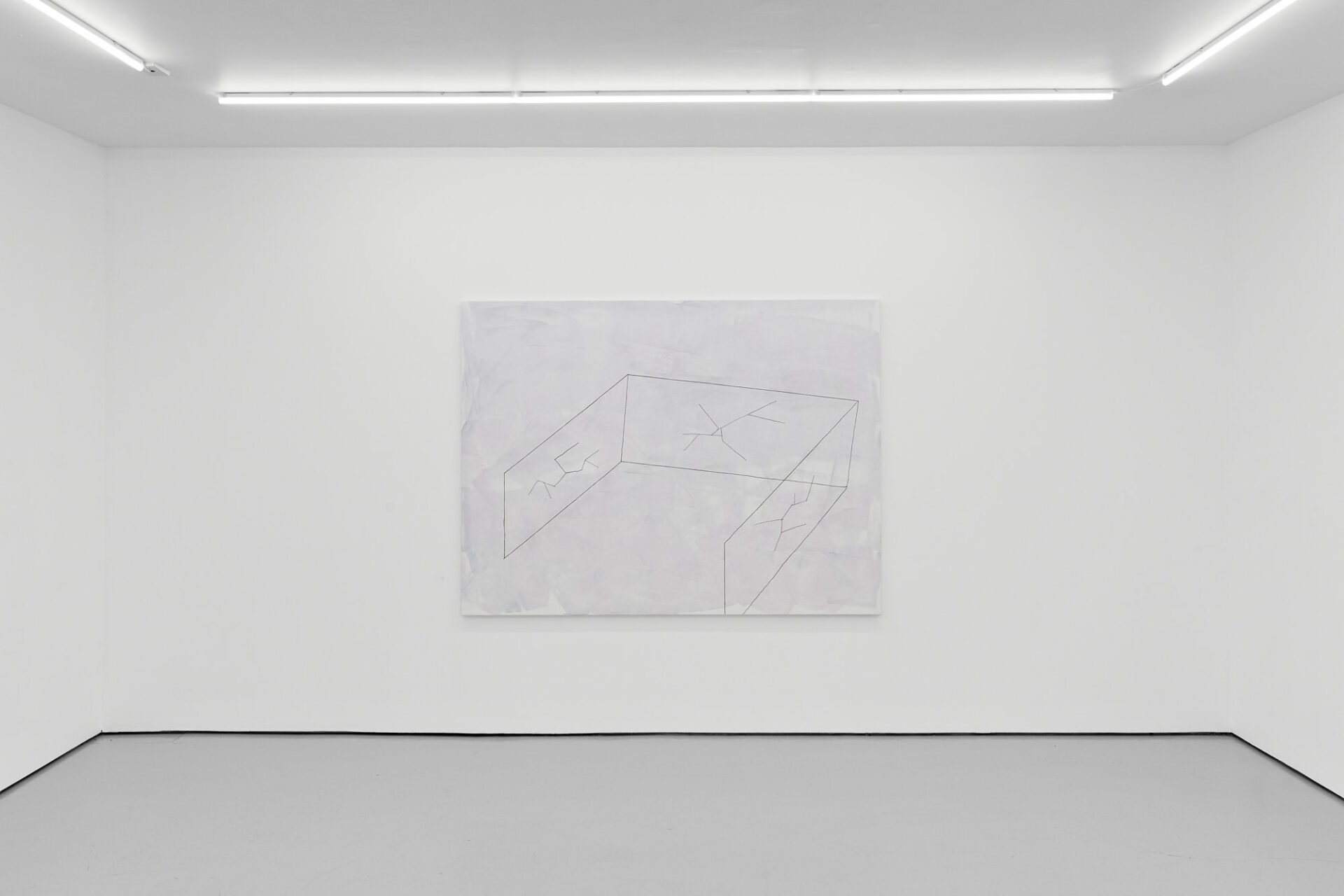