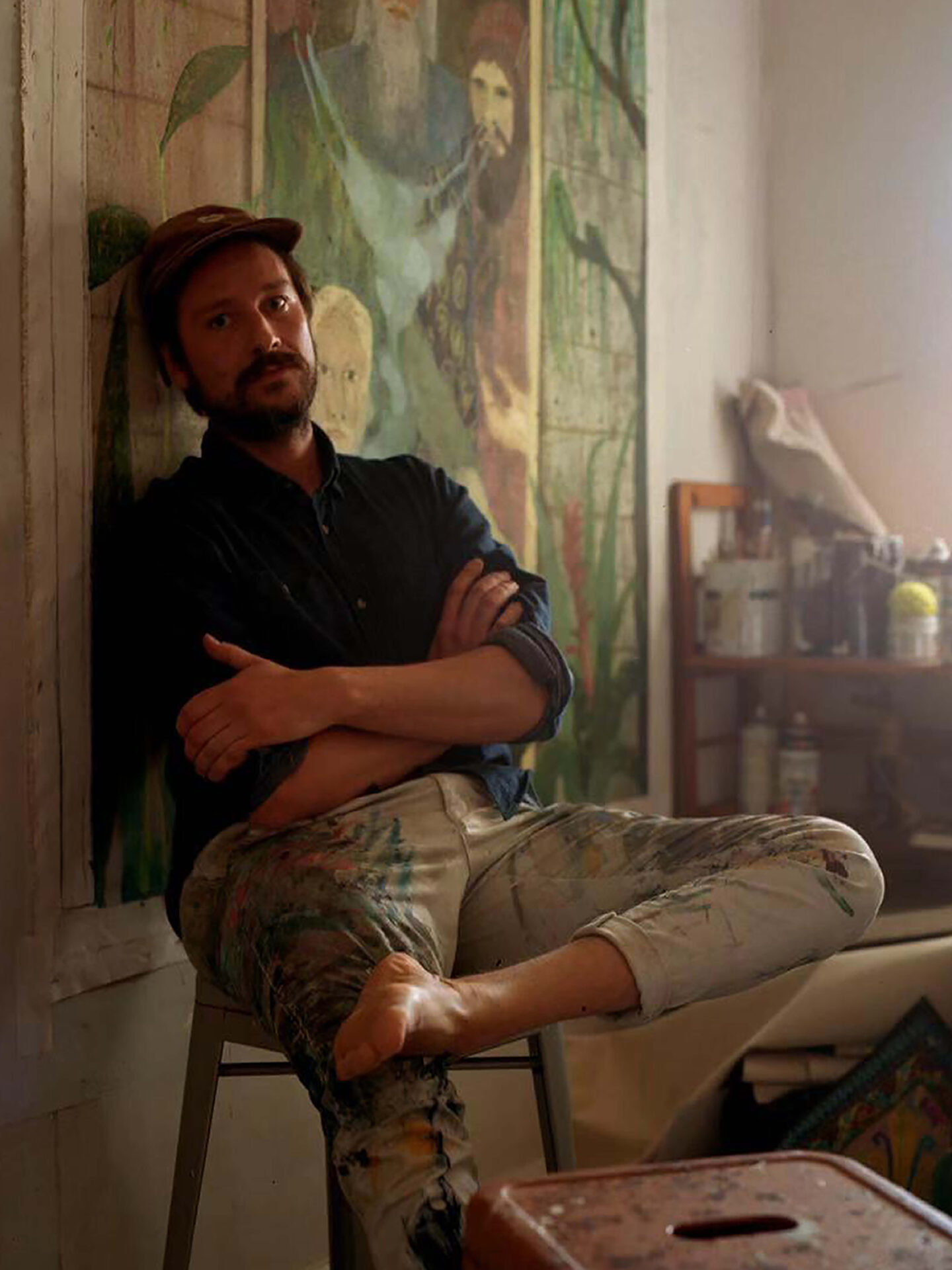 Justin Williams (b. 1984) produces contemporary figurative and representative artworks that focus on community, migration and modes of living. Rendered in murky oil paints and thin washes of colour, Williams’s figures and landscapes appear to hover above the canvas as they glow from within. In these artworks, the artist attempts to depict both the transitions of his grandparents’ migration from Egypt to Australia, and also his own outsider perspective towards both notions of place and time as well as hidden normalities within a group or individual. Williams views his own bloodline as something he is inherently close to but conversely was not directly exposed to and thus a distant or even historical viewpoint is enlisted. 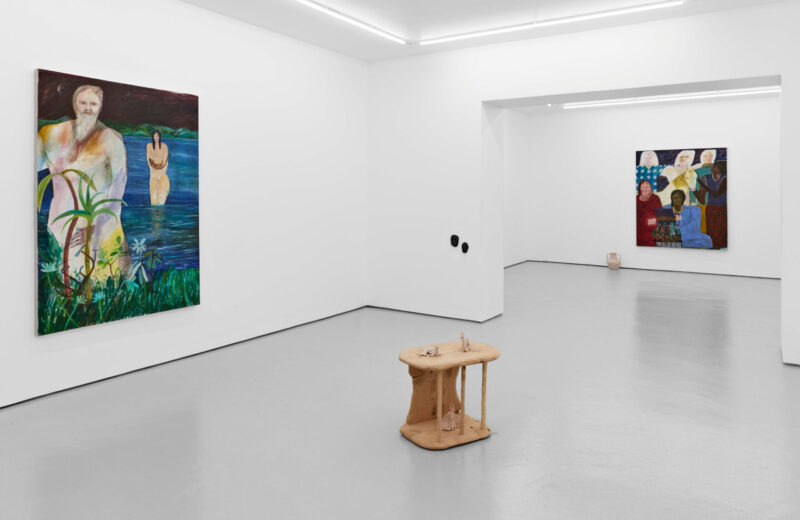